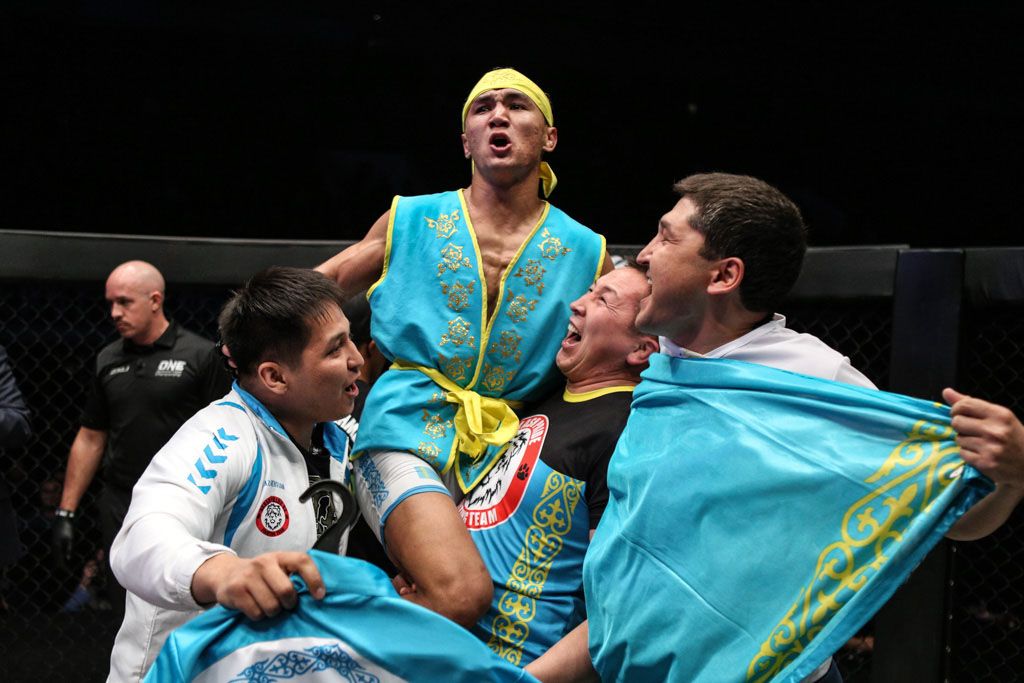 Kairat “The Kazakh” Akhmetov (23-0) has been away from the cage for nearly two years due to incredibly adverse circumstances. However, the undefeated ONE Flyweight World Champion has finally gotten all of his affairs in order, and will make his highly-anticipated return on Saturday, 5 August.

The 29-year-old will defend his coveted belt for the first time against the last man he beat, Interim ONE Flyweight World Champion Adriano “Mikinho” Moraes (15-2), in a title unification bout at ONE: KINGS & CONQUERORS.

This epic rematch, which will be held in the Cotai Arena at the Venetian Macao, is shaping up to be the biggest bout of Akmetov’s career. Besides being able to unify the belts and become the undisputed best flyweight in the world, the Alash Pride and Tiger Muay Thai product has a chance to tie the longest active winning streak in mixed martial arts today.

“I am in high spirits, and eagerly waiting the fight. I have worked hard. The most important thing for both of us is being in perfect condition, and avoiding injuries or sickness so that we can show a real war to the public,” Akhmetov states. “I am hungry, and longing for a fight.”

“The Kazakh” already had a war on his hands in their previous encounter. After garnering an unprecedented 22 consecutive wins, Akhmetov — a three-time National Greco-Roman Wrestling Champion — made his promotional debut in November 2015 at ONE: DYNASTY OF CHAMPIONS (BEIJING II). His first task in ONE Championship would not be an easy one, being a title challenge against Moraes, a BJJ black belt who was then the ONE Flyweight World Champion.

For much of the thrilling 25-minute battle, “The Kazakh” controlled the center of the cage, stuffed the Brazilian’s takedown attempts, and successfully landed a few of his own. He also displayed his crisp boxing. It was a back-and-forth five-round affair, but Akhmetov did enough to narrowly edge out Moraes. He earned a split decision victory, and claimed the most prestigious prize in all of Asian martial arts.

“Everything went as I had planned. I prepared well, but I did not show everything in that fight because he was the champion and I was the contender, so I was a bit cautious,” he admits. “Getting my hand raised is the most important thing to me, and it does not matter how I won, split decision or not. The fact remains that I was the one who prevailed that night, and I feel that I am the real champion.” 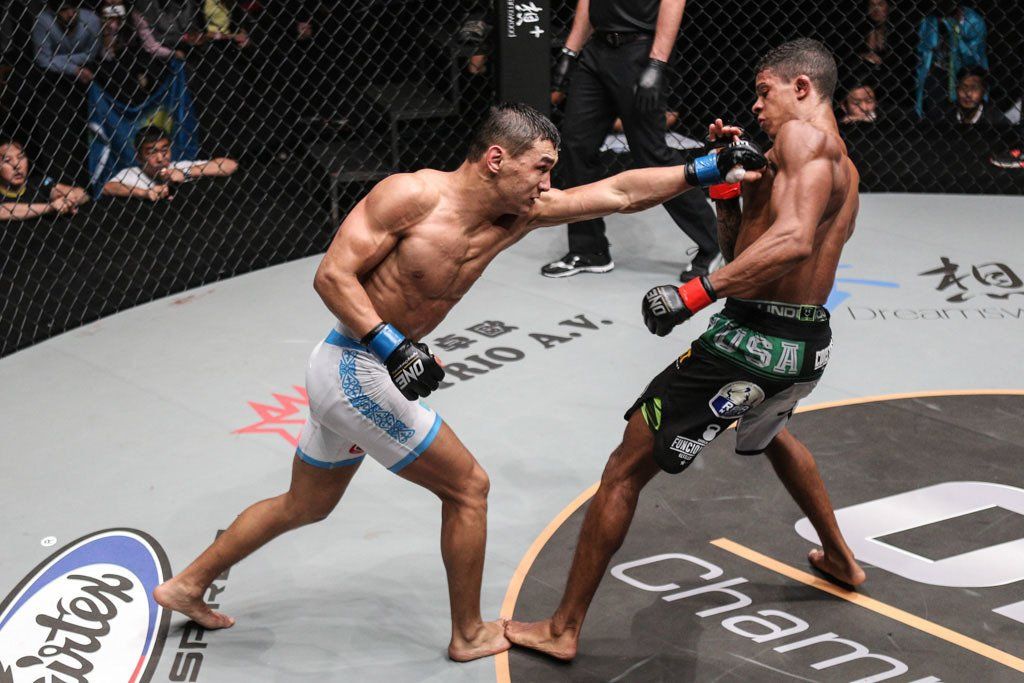 Akhmetov had been looking to defend his belt soon thereafter, but ran into some trouble, which affected both his career and his personal livelihood. Last year, while training at Jackson Wink MMA in Albuquerque, New Mexico, he aggravated an old back injury that had plagued him since he was 15 years old. He was diagnosed with a hernia. The pain was so excruciating, he turned down an offered bout, and even considered retirement.

In addition to his injury, the champion was also dealing with some traumatic family issues, which he is unwilling to share due to their personal nature.

However, “The Kazakh” is admittedly stubborn, and he was determined to get everything right back on track again. After undergoing heavy treatment for his hernia, and patiently working through his personal dilemmas, he rededicated himself to his training. Finally, after an incredible show of warrior spirit that defined him as a true martial artist, he is ready to get back in action.

“It is very difficult for any athlete to think about ending his career. I could not just put up with it. Perhaps my obstinacy helped me overcome everything,” Akhmetov offers. “Many athletes break when challenged with health or family problems, but I overcame both. I waited a long time. It was difficult for me. I am not saying it was easy, but eventually I overcame it all. I think it was all for the better.”

During his absence, however, the flyweight division had moved forward. Moraes defeated Eugene Toquero in March 2016 to earn a shot at the ONE Interim Flyweight World Championship. Five months later, he defeated Tilek Batyrov to capture the interim title.

Now, Akhmetov will face Moraes once again in the main event of ONE: KINGS & CONQUERORS. To prepare for this title rematch and unification bout, he uprooted his entire family, and moved to Phuket, Thailand, where he is working diligently at Tiger Muay Thai.

This time, “The Kazakh” does not plan to go all five rounds. He is looking for the finish, in an effort to permanently define himself as the greatest flyweight in the world.

“I feel great, because the fight is going to take place. I have been looking forward to it for a long time,” he admits. “It will be a huge show, and a good fight.”