Knockout Of The Week: Nastyukhin vs Lisita

Timofey Nastyukhin lives up to his surname with the joint-fastest finish in ONE Championship history.

Posted by ONE Championship on Sunday, September 11, 2016

After spending the past eight months rehabilitating from a broken shin, Timofey Nastyukhin (10-3) is finally healed. Now, he is ready to leave that painful part of his life behind him, and move forward with his career.

The Russian will meet former title contender Koji Ando (12-5-2) at ONE: KINGS & CONQUERORS, live from the Cotai Arena in Macao on Saturday, 5 August.

Nastyukhin has an illustrious history for delivering highlight reel knockouts. He knocked out Rob Lisita in six seconds flat, stopped Yusuke Kawanago with some quick ground and pound, and sensationally flattened ONE Lightweight World Champion Eduard Folayang with a flying knee in 2014. 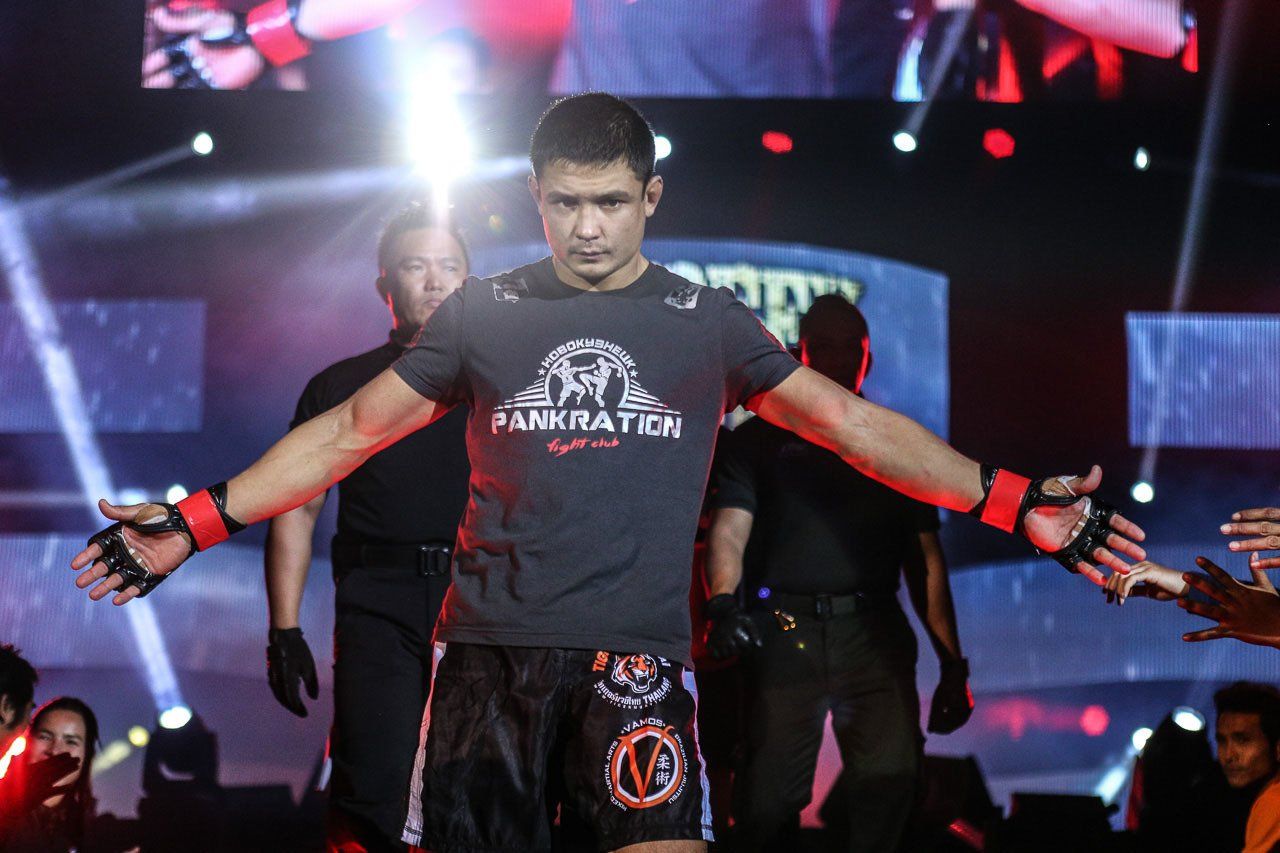 The 27-year-old could quite possibly add Ando’s name to that list.

“I can win by moving faster,” Nastyukhin says. “Ando is strong, but his punches are slow because of his body mass. If he decides to take me down, he is going to need more oxygen than me to keep fighting on the ground. I watched and analyzed his style. He has holes in his game, and I am going to exploit them.”

That does not mean the Russian striker is underestimating his opponent. Actually, he holds great respect for the Japanese combatant.

“We fought on the same card before, and I watched him in action. Ando is a solid fighter with experience,” Nastyukhin acknowledges. “He has 12 wins, and some of them are over tough opponents, such as former ONE Featherweight World Champion Narantungalag Jadambaa. Also, he challenged Shinya Aoki for the ONE Lightweight World Title. This fight is not going to be a walk in the park for me.”

Ando was on an impressive five-fight win streak until he dropped a unanimous decision to Aoki in their title clash back in May 2015. He came back with a decision win over Roger Huerta that September, but fell to unbeaten Hawaiian Lowen Tynanes in his last contest seven months later.

The look in his eyes says it all.Don't miss knockout artist Timofey Nastyukhin LIVE on 11.11 in Singapore! Get your early bird tickets: bit.ly/onehonor. Global livestream: oneppv.com.

Posted by ONE Championship on Sunday, October 30, 2016

The return into the cage is likely to be an emotional one for Nastyukhin, who suffered a serious leg injury during his most recent bout against Kotetsu “No Face” Boku at ONE: DEFENDING HONOR in November.

After connecting with a low roundhouse kick to the Japanese competitor, Nastyukhin’s own right leg buckled. A warrior with immense heart and spirit, the Russian still finished the opening stanza.

“After that injury, I had a tough decision to make: do I stay in this sport or do I quit,” he states. “I am a fighter. That is my job, so I stayed. And now, after a surgery in Singapore and eight months of rehab in Russia, I am hungry to step back into the cage.” 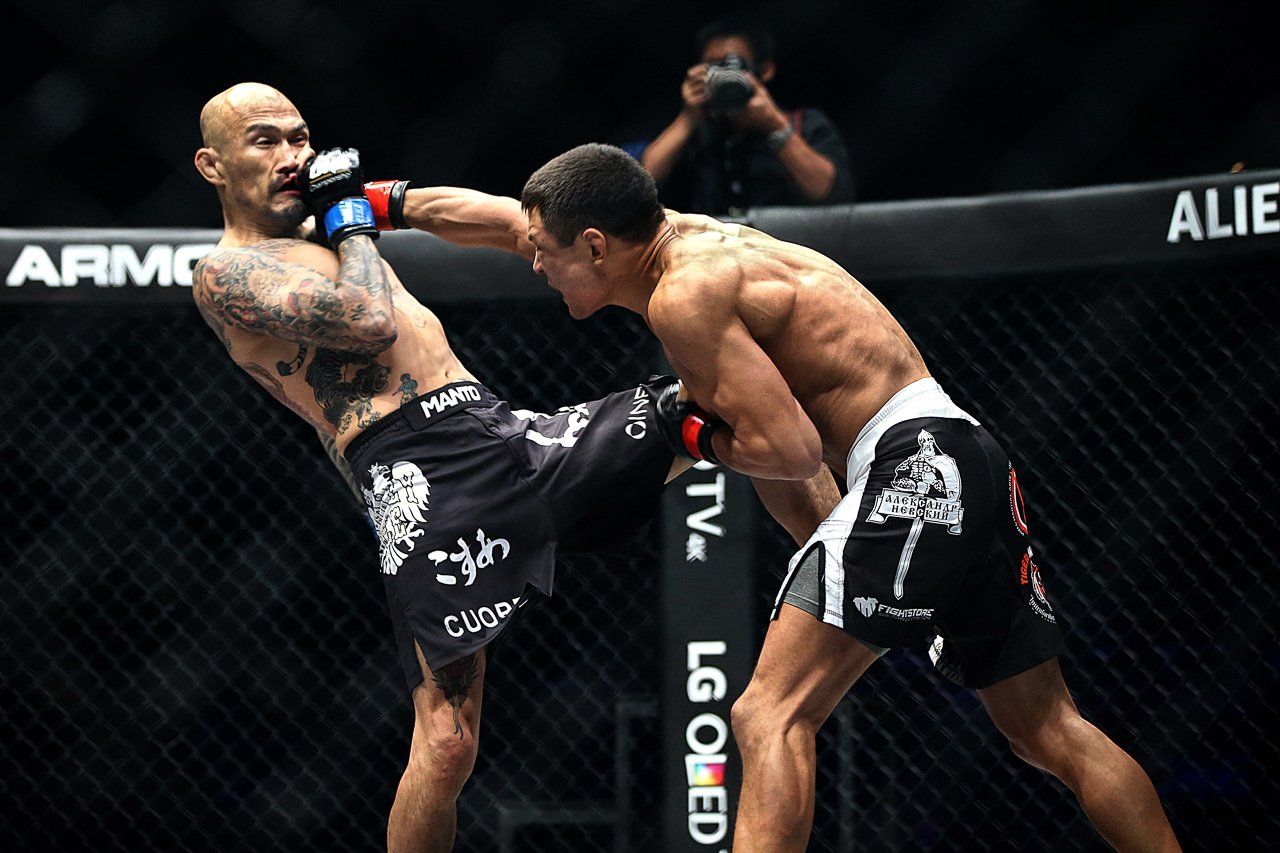 To prepare for his comeback, Nastyukhin headed to the mountains of Ossetia, an area in Russia that has given the world the most Olympic champions in wrestling.

“That place is legendary. More and more international teams train there,” he says. “I bumped into a team from an American University, and though the media says we Russians do not like Americans, we helped them train!”

Nastyukhin got back into shape by concentrating on his wrestling and physical conditioning. “I trained with my long-term sparring partner Andrei Koreshkov. He is a similar size to Koji. I trained with him and with slightly bigger guys, getting used to working with heavier weights, as I am going to be smaller than Koji this time.” Following Ossetia, he departed for Omsk, a city in southwestern Siberia, to train at his home club Alexander Nevsky, named after a legendary Russian warrior-prince from the 13th century. He spent two weeks preparing there, and also visited Alexander Shlemenko’s Storm Fight Club.

“My plan is to train daily at my club and to spar at Storm with Shlemenko or [Andrey] Koreshkov two to three times a week. Then I am off to Thailand to Tiger Muay Thai to finish my camp and to acclimatize.”

Before long, 5 August will arrive, and Nastyukhin will be ready to do battle. He is focused on getting the victory, and proving to the world he has overcome both the mental and physical effects of his injury.

“I believe that everything is in God’s hands,” the elite athlete says. “I step into the ring with only one thought – to win. This time, it will be emotionally tough, but I am going to show up and do my job. I owe this to my fans, to my club, and to my team.”