Featherweight Timofey Nastyukhin gritted through a grizzly injury to his right leg to survive the first round of his ONE: DEFENDING HONOR contest against Kotetsu Boku on 11 November in Singapore. However, the game Russian was not allowed to continue fighting into the second round.

The night started out well for Nastyukhin as he used sharp striking to inflict damage upon his Japanese opponent.

After landing a low right roundhouse kick to the lead leg of Boku, however, Nastyukhin’s own right leg buckled upon being re-planted on the ONE mat. “No Face” pounced, scoring a right hand to the head and Nastykhin fell to the ground.

As the injured 26-year-old absorbed strikes from his back while floored, it appeared as though he would not last much longer. He mustered enough resolve to sit up and put Boku on his back, however, before getting reversed. 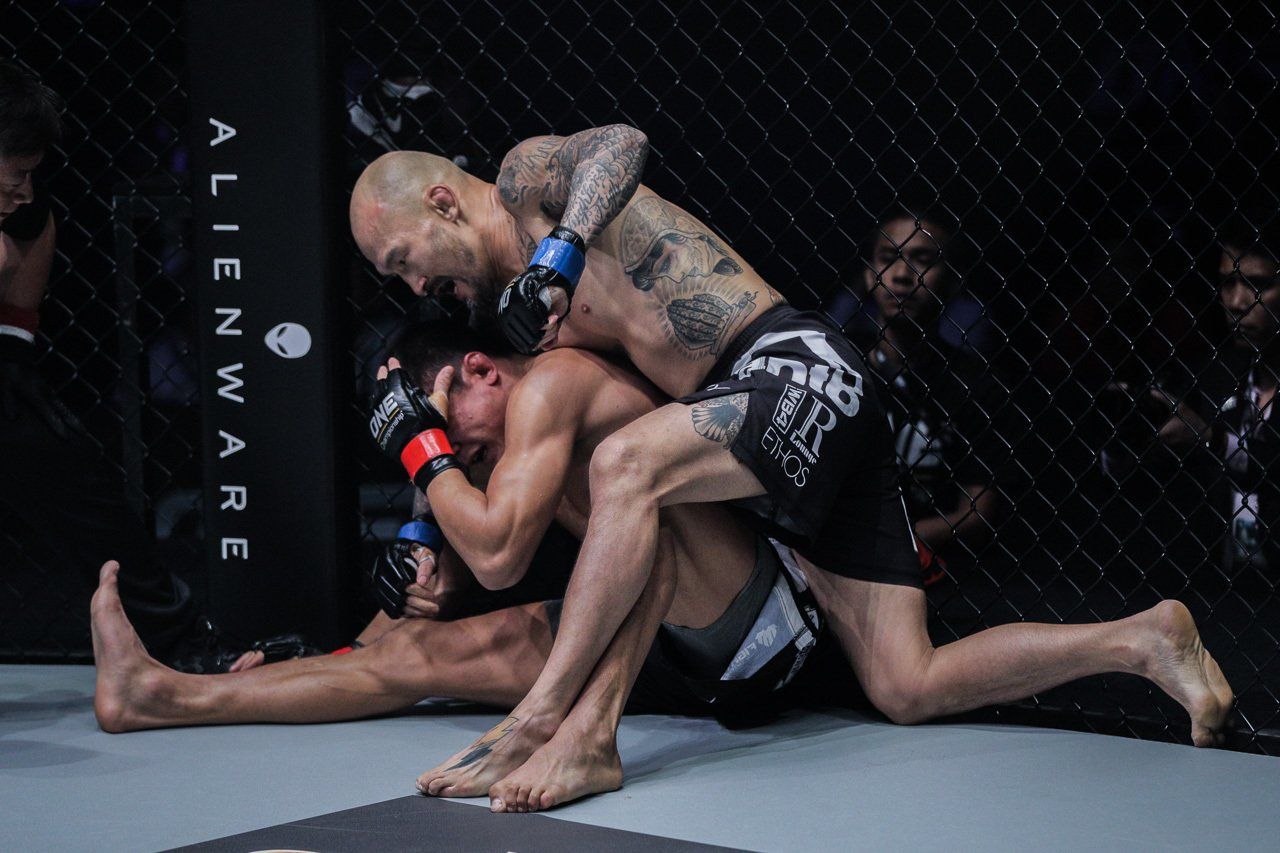 From there, Boku stuck a crucifix position from side-mount and scored more strikes. Impossibly, Nastyukhin made it to his feet several more times, seemingly on just one leg, but could do nothing to stop Boku’s offense of knees to the head and legs.

The Russian fell, again, his back now against the chain fence, his injured right leg splayed straight out, with Boku raining down more shots. Still, Nastyukhin refused to give in and latched onto Boku with defensive double underhooks, even while mounted, to make it out of the round.

That is as far as he could go, though, and the fight was rightly stopped before the second round, giving Boku the TKO victory due to injury. At nearly 40 years of age, the accomplished veteran out of the Krazy Bee gym improved his record to 25-11-2, while Nastyukhin’s mark dipped to 10-3.