Budding Thai mixed martial artists did not have a true, homegrown hero to inspire them until Shannon “OneShin” Wiratchai blazed a trail in ONE Championship.

Muay Thai used to be the only game in town, but when the Bangkok native emerged and started to knock people out in the world’s largest martial arts organization, he showed his compatriots a new path to success.

Ahead of Wiratchai’s return to action against Honorio “The Rock” Banario at ONE: KING OF THE JUNGLE on Friday, 28 February, he reveals how he went against the grain to become a pioneer in his homeland. 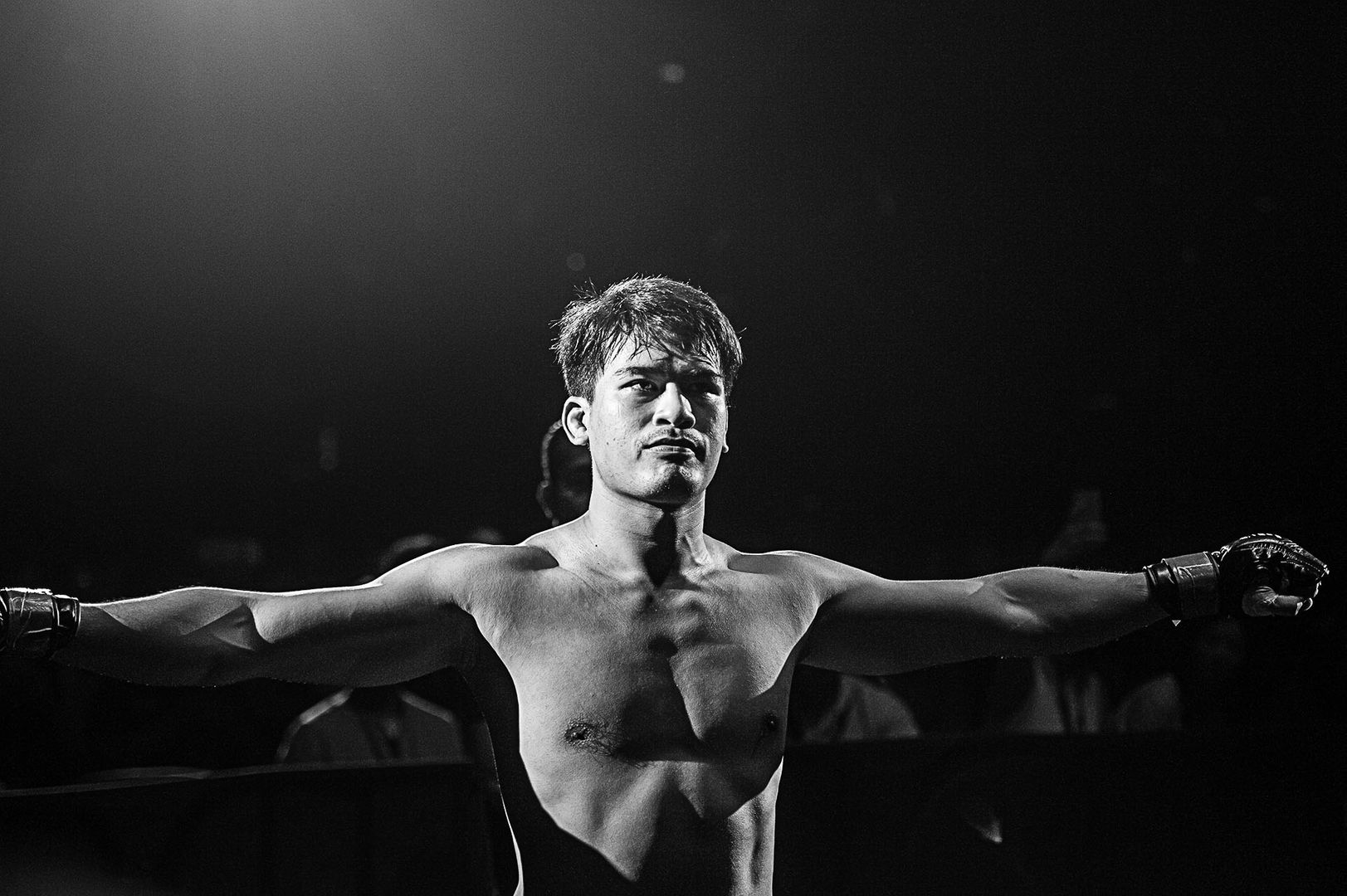 Wiratchai was born in the Thai capital of Bangkok and was the only child in a middle-class family.

“My background is just like an ordinary boy, kind of boring! My parents are older compared to other people of my generation, and they were very conservative and old-school,” he reveals.

“My father is a medical professor and an autopsy specialist, and my mother is a professor of nursing, so they were always thinking about staying clean, and prevented me from playing with the other kids that lived near my house.

“I would usually stay at home and play by myself, with my toys or my imagination, or I would spend a lot of time at the hospital. I would see dead bodies every day behind my dad’s office – that was my life growing up, so I never wanted to be a doctor!”

“OneShin” went to one of the best schools in Thailand, where he was encouraged to study ahead of everything else, as his academic education was the main priority.

“It was a high-level school and we focused on studying. We didn’t do many sports, like football or anything,” he says.

“They believed kids should just study. My parents wanted me to do music, too – I played the Thai flute. Those were the only things they liked us to do.” 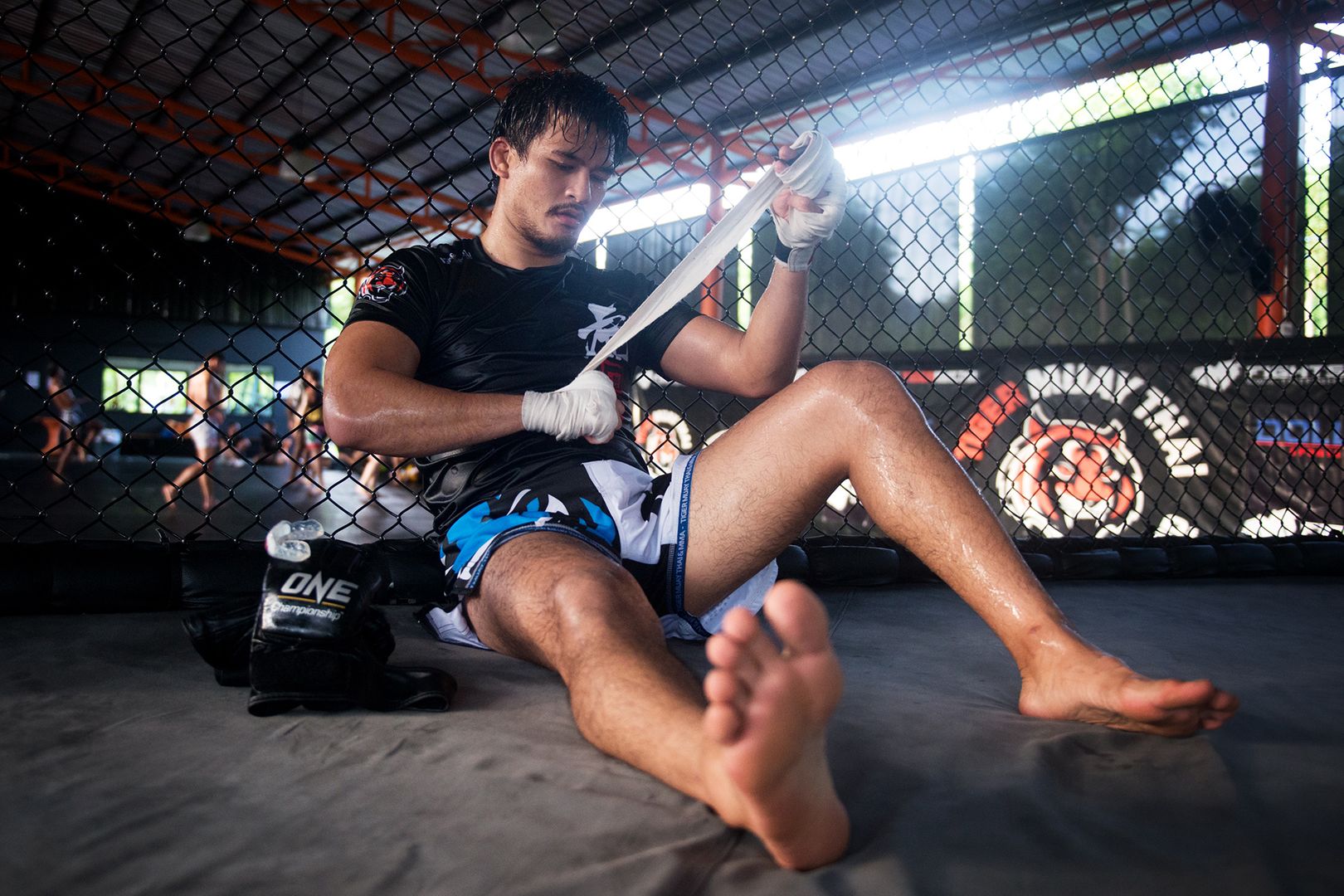 Although the young Wiratchai was being pushed in one direction, it was not the road he wanted to go down. His love for the showmanship of professional wrestling and the spectacular moves he saw in martial arts movies and TV shows made him want to learn for himself.

In particular, the Thai film Nai Ka Nom Tom struck a chord with him and showed him the beauty of combat.

“I saw a movie with the first Thai Olympic gold medalist boxer [Somluck Kamsing], and it starred all the Muay Thai fighters,” he recalls.

“I thought it looked so beautiful. It made me really want to do martial arts.”

Muay Thai was out of the question in his parents’ minds, but his mother was happy to take him to a taekwondo class when he was 10. However, there was a judo club in the same dojo and because she didn’t know the difference, that is what he ended up doing.

“My mum signed me up to the wrong one, but it wasn’t too bad,” he laughs.

“I was a bit disappointed because I just wanted to throw people and they made us do break-falls for the whole of the first class, but I did it for a couple of years. I stopped for a while, but then in my third grade of junior high school they offered judo after school, so I started again.”

That was the catalyst. Within a few years, Wiratchai tried as many disciplines as he could.

“I started to become a martial arts geek and got more interested in different styles,” he adds.

“I saw some aikido moves on a wrestling game on the PlayStation, so I did that, then a friend introduced me to Kung Fu when I was around 15.

“Then, a senior in my high school came back from America and learned some Brazilian Jiu-Jitsu, so we would train that in the park. I really wanted to put them all together in mixed martial arts, but there was nowhere to train properly then.”

Wiratchai’s obsession with martial arts concerned his parents, who wanted him to have a ‘normal’ job.

He studied Chinese Hospitality and Tourism at university to keep them happy, but his heart was taking him in a different direction.

“I just wanted to try all the techniques that I’d been training, I had a strong feeling that I wanted to be a mixed martial arts fighter one day,” says “OneShin.”

“My parents thought being a fighter was a low-class career. My mum is a nurse and she has seen people getting injured her whole life and she didn’t want her son to get hurt. My dad was more logical. He just wanted to know what my back-up plan was.”

When Wiratchai finished his studies, he continued to immerse himself in his training, but he learnt to teach Thai as a foreign language and qualified as a strength and conditioning coach to appease his parents.

Eventually, they saw the wealth of opportunities that opened up for him and started to support him chasing his dream – even if they still have some reservations.

“It took a long time, but now they support me and they are happy when I win, but my mum still asks me to stop,” he laughs.

“It really made a change when ONE Championship came to Thailand for the first time, and they saw how many things I could do in this sport – the interviews on the internet, and I was even a commentator on Thai TV – so they saw that I could do things in martial arts, even if it wasn’t fighting.”

Wiratchai began his professional career in 2011, and after two wins at events in Bangkok, he became ONE Championship’s second Thai mixed martial artist in 2012.

The opportunity came as a surprise to “OneShin,” but he grabbed it with both hands.

“At first, I didn’t believe that I could stay this long in this career. I hoped I could have a few fights and then become a coach or instructor,” says Wiratchai.

“I didn’t think about money or fame. I just loved it. I wanted to make it into my life. I wanted to learn more – and the more I trained, the more I learned. Then after two fights, I got into ONE Championship and I knew this was a big chance to keep going as a fighter.”

Since then, Wiratchai has cemented his place in his nation’s mixed martial history. In his 13 bouts on the global stage – second only to “Kru Rong” Dejdamrong Sor Amnuaysirichoke among his countrymen – he has paved the way by showing a new generation of Thais what they can achieve in the sport.

Plus, he has also played a huge role in molding a new crop of athletes. Though he had to find all the pieces of the puzzle and put them together himself to become a well-rounded competitor, he passes on his knowledge to aspiring athletes in his own club. He also never stops working to expand his skills.

Now 31, Wiratchai is still in his prime, and he is excited to continue his journey in martial arts as a competitor and as a coach.

“First, I wanted to conquer one mountain, but then I saw there are other mountains, too, and I can try to conquer them all,” he states.

Read more: Sam-A Expects To Have Too Much For Rocky Ogden To Handle