Before Sam-A Gaiyanghadao became one of Muay Thai’s all-time greats, he lost his passion for the sport and left it all behind to be a menial worker in Thailand’s capital.

However, after he experienced the harsh realities of a life of labor, the ONE Flyweight Muay Thai World Champion was motivated to return to the ring, escape poverty, and become a legend.

Sam-A claimed his first Lumpinee Stadium Muay Thai World Title when he was just 19 years old, but shortly after that, he left “the art of eight limbs” behind.

He had reached the pinnacle of his profession after 10 years of dedication, but he was penniless and unhappy.

Every time he won a bout, he had to pay his gym, and he often was made to hand over more than he earned. There was an exodus of athletes from the camp, and Sam-A had enough, too.

“I’d been fighting since I was a child, I was tired of the politics, and just everything,” he explains.

“There were problems at my gym, and it just became too much. I didn’t want to do it anymore.”

The Buriram native packed up his belongings into a single bag and headed to Bangkok in search of work, but his prospects barely improved in the Thai capital.

He found it hard to find gainful employment, and took a job as a construction worker to make ends meet.

“I would have to get up at 4:30am every day just to get to work on time. Often, I didn’t return home until well after 9pm – sometimes even later. On those nights, by the time I got to bed, it was after midnight.”

While his industrious nature kept him going, he had hit a dead end. There was no opportunity for progression, his wage stayed fixed, and the work was relentless.

Over time, Muay Thai started to call his name once again.

“There were these little triggers. I’d hear a bell ring, or the sound of the bee muay [the traditional music played during bouts], even the smell of Thai Boxing liniment – it made me miss Muay Thai,” he remembers.

“I soon realized I wanted to compete again.”

Why Sam-A Gaiyanghadao's struggles and sacrifices have all been worth it.

Why Sam-A Gaiyanghadao's struggles and sacrifices have all been worth it.Jakarta | 3 May | 6:30PM | Watch on the ONE Super App: http://bit.ly/ONESuperApp | TV: Check local listings for global broadcast | Tickets: http://bit.ly/oneforhonor19

After a year without his gloves, Sam-A returned to his home in Buriram and went back to the gym that molded him into a World Champion.

He had lost none of his elite skills, and it was only a matter of time before he had his hand raised again.

“I trained for about a month before returning to the stadiums,” he says.

“I already had all the techniques, I just had to recondition my body again. I ended up winning the fight on points, but I knew I could have done a lot better. I was happy to win and ready for a fresh start.”

However, the cracks started to show again. He did not have a full-time trainer or the training partners he needed to stay sharp.

Luckily, at around the same time, he got married. He then moved his training camp to his wife’s village in central Buriram and won another Lumpinee Stadium Muay Thai World Title and Thailand Title during his three years there.

His success was extraordinary considering he was training at a grassroots gym in Isaan, and validation of his exceptional talent. However, after a while, he was desperate to hone his skills in an environment that would bring out the best in him.

Posted by ONE Championship on Wednesday, April 10, 2019

“I lost the last fight I had with that gym, and it didn’t sit well with me,” he explains.

“I was so frustrated because I knew I was so much better than that, and I knew that I needed better clinching partners if I wanted to keep competing.”

From there, 27-year-old Sam-A reached out to Sia Nao, the then-owner of the world-famous Petchyindee Academy in Bangkok.

The rest is history. Sam-A went on to build an amazing 366-46-9 professional record, win a collection of belts, and go down in history as one of his sport’s greatest ever practitioners.

Now, the 35-year-old calls Evolve in Singapore home, where he is surrounded by the best of the best World Champions.

His work in “The Lion City” helped him to capture ONE Super Series gold, and has prepared him to defend it for the first time when he takes on Jonathan “The General” Haggerty in the main event of ONE: FOR HONOR at the Istora Senayan in Jakarta, Indonesia on 3 May.

Sam-A Gaiyanghadao's lifelong dedication to Muay Thai has brought him to the pinnacle of ONE Super Series!

Sam-A Gaiyanghadao's lifelong dedication to Muay Thai has brought him to the pinnacle of ONE Super Series!Jakarta | 3 May | 6:00PM | Watch on the ONE Super App: http://bit.ly/ONESuperApp | TV: Check local listings for global broadcast | Tickets: http://bit.ly/oneforhonor19

Sam-A is as motivated as ever to keep his World Title, make his country proud, entertain his fans, and provide for his family by maintaining his position as the ruler of his weight class.

It is well over a decade since he almost gave up on his life in the ring, but looking back, he credits his temporary retirement for fueling his legendary career.

“The break was one of the best things to happen to me. I learned how difficult it was to make money, and the work was so incredibly tedious,” he says.

“Everything – from the heat to the long hours – left my body sore and tired. There was no happiness or goals to work towards.

“It made me appreciate Muay Thai so much more and work harder for what I love.” 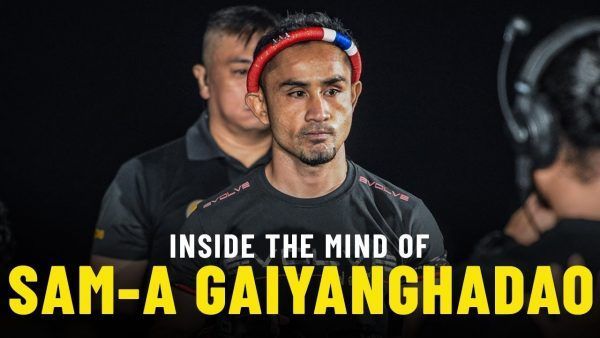 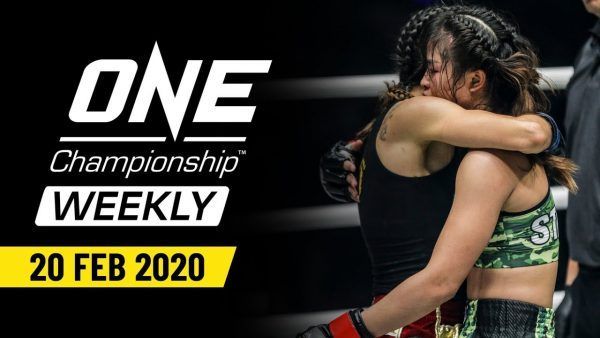