Nieky “The Natural” Holzken (90-14, 1 NC) will make his ONE Super Series premiere on Saturday, 17 November.

The Dutchman is one of the world’s best kickboxers, and he will debut in The Home Of Martial arts in the co-main event of ONE: WARRIOR’S DREAM in Jakarta, Indonesia. He will face Brazil’s Cosmo “Good Boy” Alexandre (69-18-1) in a 78-kilogram catch weight kickboxing bout.

A superstar in his European homeland, Holzken has also had success as a professional boxer. However, the allure of the world’s largest martial arts organization has brought the 34-year-old back to the sport in which he has enjoyed the most success as a multiple-time world champion.

Before he heads to Stadium Istora for his highly-anticipated showdown, learn a little bit more about “The Natural.”

Holzken was born in Helmond, Netherlands in 1983. The industrial town is home to 90,000 people, and gave the youngster a wholesome environment to grow up in.

Since he was three months old, Holzken was raised by his grandparents, who gave him everything he needed. His extended family of aunties and uncles were often around, too, to create a nurturing atmosphere.

However, he was not a model student at school. Holzken liked sports, as well as video games and movies, but studying was not high on his list of concerns.

“I was a problem child,” he admits.

“I got kicked out of school when I was 9. I had to go to another school.

“I did not enjoy school. I was very smart, but I didn’t want to learn. If I could do it again, I would do it differently.”

Though he did not thrive in the classroom, Holzken knew his destiny lay in the gym and dedicated himself to becoming a success in the ring.

Holzken was engrossed with martial arts films in his youth, which inspired him to find a local gym so he could emulate the protagonists.

He got his first taste of combat sports through boxing, and he soon branched out to explore kickboxing, which was exploding in popularity in his homeland.

“The Natural” was fortunate enough to be coached by legends of the game in his early days, who molded him into a top talent.

“I trained with Ramon Dekkers, Cor Hemmers, and Sjef Weber,” he explains. “Sjef was very good with my boxing, and Ramon and Cor with kickboxing.”

Holzken’s family recognized his enthusiasm for the sports and supported his passion right away. His martial arts training made him a better person, and taught him values he would take forward for the rest of his life.

“It gave me personality, character, and respect,” he says.

The combination of competitive drive and personal growth enabled “The Natural” to stay motivated and remain on the right path.

Holkzen was surrounded by excellence, and through hard work and perseverance, he would go on to experience great success. 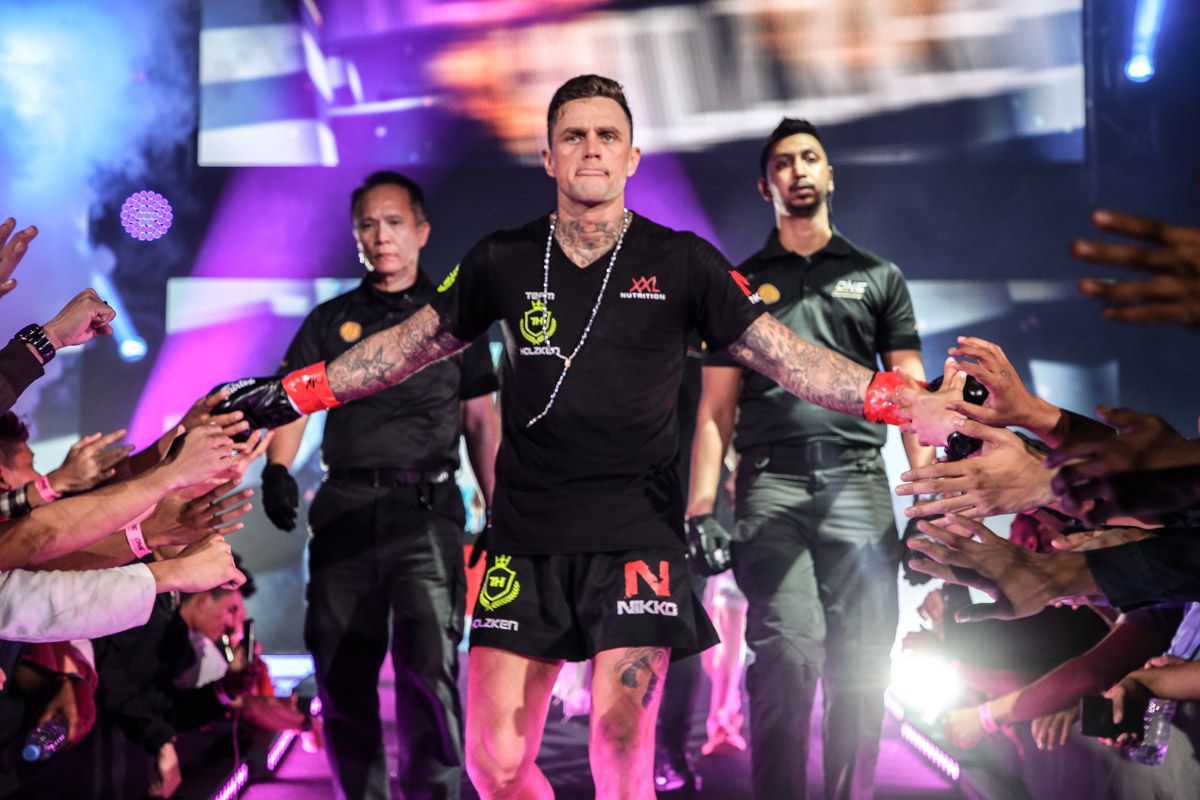 The Dutch striker’s childhood was stable, and his home was full of love, but it was non-traditional.

When he was just three months old, his parents divorced, and he moved into his grandparent’s home.

Holzken questioned as to why his mother abandoned him, but he came to terms with it, which helped to give him the mental strength to excel as a burgeoning martial artist.

“It made me very hard, and it helped me along the way,” he says.

His childhood motivated him to be a model father to his son and daughter. Along with his wife, Nathellie, he strives to give his children the same comfort and stability he received from his grandparents.

“I want my children to live with a mom and dad who are together. What I experienced definitely makes me a better dad,” he adds.

Holzken’s devotion as a father drives him to set an example for them and keeps his competitive fire burning so they can benefit from his success.

More Driven Than Ever

Holzken will enter the ring as a Glory and WFCA Kickboxing World Champion, with accolades in the sweet science to his credit, too.

He has been in the upper echelons of the kickboxing world for more than a decade, after he broke through on the world stage in 2006.

“I knew it could be a career for me when I won the K-1 Max qualification tournament in Sweden,” he explains. “That was a ticket to Japan, and there I signed my contract with K-1.”

He went on to compete against a legend of the sport in Buakaw Por Pramuk, and since then “The Natural” has operated at the highest levels – taking part in the prestigious K-1 World Max Grand Prix and competing for world titles across the globe.

The Dutchman felt like he had made it as a professional athlete when he could pay his bills through his kickboxing purses, but nothing satisfied him more than fulfilling his dream of becoming a world champion.

However, despite achieving so much, he is not finished yet. Holzken’s new goal is to claim gold in ONE Super Series, and he can take his first step towards accomplishing that by defeating Alexandre in Jakarta.

“To win in my debut would be great,” he says. “I want to become the World Champion in ONE.”