Saygid “Dagi” Guseyn Arslanaliev had a rocky childhood, but an early introduction to martial arts helped to turn his life around.

The native of Dagestan, Russia, began his training when he was just 5 years old, and after almost two decades of training since then, he has emerged as one of the most talented athletes in the world.

This Friday, 17 May, the world will get another chance to see him in action when he takes on Amir Khan in the first semifinal of the ONE Lightweight World Grand Prix at ONE: ENTER THE DRAGON.

Arslanaliev’s life was changed forever soon after he was born when his parents divorced. Even now, it is rare for parents to separate in the Republic of Dagestan, where a traditional way of life is observed, so he was already different from his peers.

He spent his childhood with his grandmother in a small town of Buynaksk. Under her care, he did well at school, and was encouraged to start boxing aged 7.

In his first gym, “Dagi” found a mentor in the form of his first coach, and he is grateful for the lessons he taught him.

“His name was Shamil Gashimov, and he was a kind, good man – I remember he was very tall,” says the 24-year-old.

“He knew I was growing up without a dad and he noticed my interest in boxing, so he spent extra time helping me out with technique and practice.

“Each coach played a huge role in getting me ready for competitions, but I am most grateful to my first boxing coach back in Buynaksk, whose kindness and attention got me interested in martial arts.”

Young “Dagi” was making good progress, but at the age of 12, his life changed dramatically again.

He was lifted out of the comfort of his grandmother’s home and planted into a boarding school in Khalembek village. Fortunately, it was focused on sports, and Arslanaliev welcomed this change of scenery.

The school offered training in two disciplines – wushu sanda and taekwondo – and he settled into a routine that suited him perfectly – study, eat, train, sleep, repeat.

“It was called Five Parts Of The World. There my martial arts journey officially started. After boxing, I liked wushu sanda more,” he recalls.

“There was no bullying at school – I think we simply had no time for that, our schedule was so busy we had no time to squabble.

“We trained, studied and ate together. They were like my brothers. I look back with nostalgia, I miss them and those days sometimes.”

At first, “Dagi” was a model student, but eventually, he started skipping classes, and his grades started to suffer.

He blames his competitive spirit for neglecting his academic work. He wanted to do everything he could to win, and for the most part, he showed such great potential that he was allowed to sacrifice his studies to perfect his skills.

"Dagi" Arslanaliev's turning up the ???? ahead of his ONE Lightweight World Grand Prix showdown against Amir Khan on 17 May!

Saygid "Dagi" Arslanaliev's turning up the ???? ahead of his ONE Lightweight World Grand Prix showdown against Amir Khan on 17 May!Singapore | 17 May | 7:00PM | Watch on the ONE Super App: http://bit.ly/ONESuperApp | TV: Check local listings for global broadcast | Tickets: http://bit.ly/onedragon19

“For the first two to three years, my grades were fine, later I had to choose to focus on sport. I had to if I wanted to excel,” he admits.

“Of course, teachers told me off sometimes, but they understood I had to skip classes in order to participate in tournaments.”

“The only time I would get upset about anything at school was when I lost in competitions. I knew what my mistakes were, so I would hurry back to the gym and work until I improved and got a chance to compete again.”

“Overall, my relationship with all my coaches was great.”

Arslanaliev credits his drive and success to his first coaches who nurtured his talent, and encouraged him to pursue his passion.

However, the experiences from his youth also taught him another important lesson about how he is the master of his own destiny. His own drive and commitment were just as important, if not more so, for his development into a top-class competitor.

“Early in life I understood that, at the end of the day, you are responsible for your life, and if you don’t do certain things, no one will do them for you.” 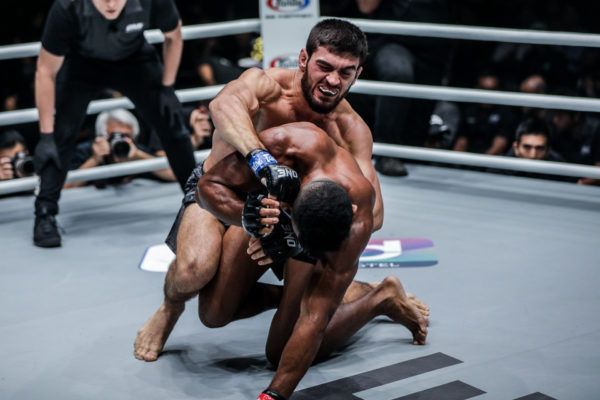 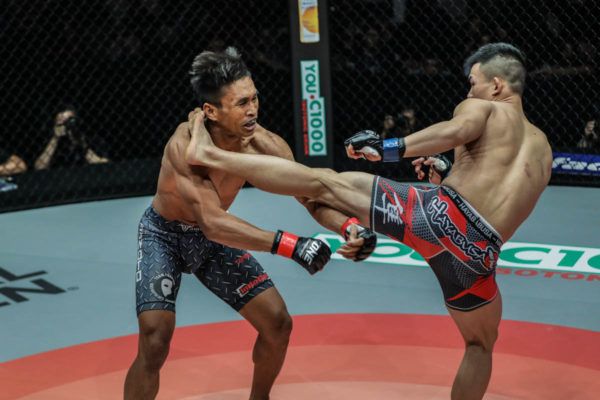