If things had turned out differently, Zebaztian “The Bandit” Kadestam may never have set foot inside the ONE Championship cage.

The 27-year-old Swede may compete against other elite-level mixed martial artists in ONE’s welterweight division today, but he had to battle a much tougher opposition earlier in his life — his own inner demons.

When he was a teenager living in Uppsala, Sweden, he committed petty theft, engaged in street fights, and sold and used drugs. That led to a few arrests, and even caused him to be separated from his family and sent to youth detention centers. 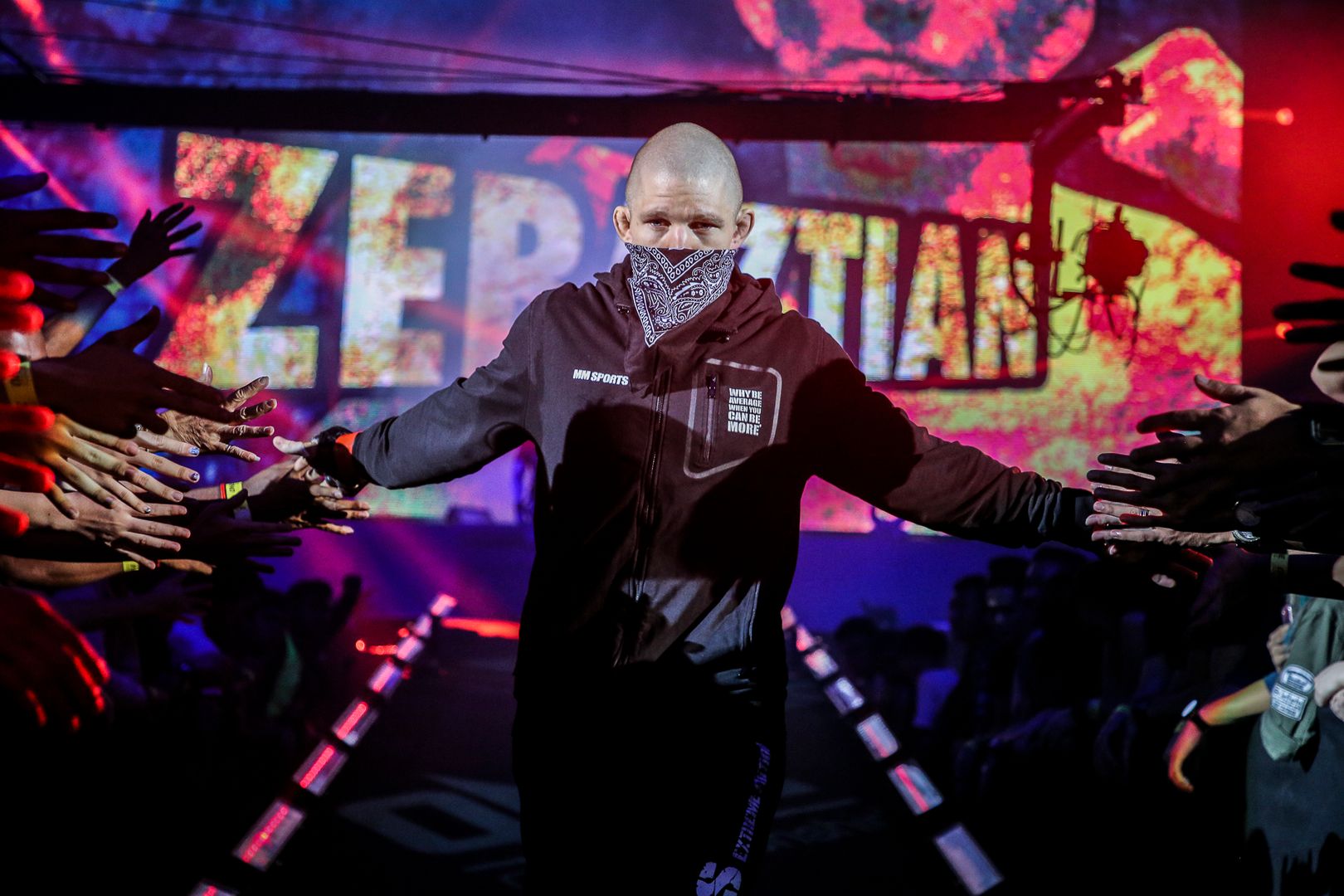 Looking back at those turbulent years, Kadestam is most remorseful about the way it affected his family, as his parents were forced to face the reality of their son being locked away from society.

“For my mother, it was a really bad time, because I did not have any contact with my dad,” he recalls.

“She had to look after my two siblings — my little sister and little brother — while I was away. Then I came back and messed up again, and had to go away again. It was a really tough time for her.

“My relationship with my father was non-existent at the time, and it was pretty bad with my mother, too. I was in a pretty dark place, so we lost our relationships.”

Though he trained Muay Thai briefly before he got sent away, he learned about Brazilian jiu-jitsu and mixed martial arts through a special program at one of the youth detention centers. That ignited a passion within him, and he was determined to embark on a martial arts career.

He was inspired to pursue his passion not only so he could chase his dream of becoming a world champion, but also to help him get back on track after a tumultuous period of his life.

It was far from an overnight remedy, however.

The Swedish competitor admits it took him quite a while to get back on track before he could reconnect with his family.

Only after he traveled the world, and trained in Thailand and the Philippines, was he able to truly start repairing the damaged relationships of his past.

“I think the change came through martial arts, and it came through a couple of years of finding myself,” he explains.

“It was not like ‘Ok, I am doing this, I am focusing on martial arts, and then boom, we have a good relationship’. The first couple of years was just me trying to find my path, and trying to do right for all the things I did wrong.

“That is when I realized just what family means. Even though I was living overseas at the time — I only saw my family maybe once a year, or every second year, for six or seven years — it was during that time that I realized what family means to me.”

At first, his mom and dad were concerned. They were afraid their son would take the skills he was perfecting in Asia and use them to harm others on the street.

However, as time went on, “The Bandit” won their trust.

Instead of falling back into his old habits, he remained dedicated to his craft, and was regularly competing in both Muay Thai and mixed martial arts bouts.

Furthermore, he was winning many of those bouts. He won his most important one of all in June 2014, when he claimed the PXC Welterweight Championship in Guam.

Kadestam clearly demonstrated he was a changed man, and his parents — especially his mom — could not have been any prouder.

“I do not know if my mom thought I could do it, or believed I could do it, but she was happy I found a path that was not destructive,” the Swedish athlete says.

“When she saw that I was winning, she could see my drive, and she has been so supportive.  Without my mother, I could not have done it. She has been supporting me from the beginning.”

The dark years of Kadestam’s youth are firmly behind him now.

With the support of his family, “The Bandit” is in the best place — both mentally and physically — of his career, and he can continue his pursuit of the ONE Welterweight World Championship with peace of mind.

On Friday, 13 July, the Swede is scheduled to face Malaysian hero Agilan “Alligator” Thani in the main event of ONE: PURSUIT OF POWER, which emanates live from the Axiata Arena in Kuala Lumpur. He hopes a victory will line him up for a second crack at the belt.

To win the World Title, he says, would not only prove his abilities as a martial artist, but it would also represent a complete turnaround, as he will be in a position to provide for the family who never gave up on him.

“Family is everything. I do not have anything else but this,” he states.

“Inside the cage is my path, but the day I make it big-time is the day I take care of my family. That means a lot to me, and that is my inspiration.”