Kevin “The Silencer” Belingon believes he has never performed better than in his defeat of Bibiano “The Flash” Fernandes.

His ONE Bantamweight World Title win at ONE: HEART OF THE LION in November was the culmination of two years of hard work.

Though he has turned in countless memorable performances in more than a decade as a martial artist, this rematch with the most dominant World Champion in ONE history showcased all the improvements he has made since their first encounter.

Belingon was quickly submitted by the Brazilian in January 2016, and he was determined to make sure he redeemed himself when he had his second chance at glory.

“I had worked so hard since my first loss to Bibiano [Fernandes] two years ago,” he explains.

“I beat myself up so hard after that setback. I had the title within my grasp and I completely folded. I was embarrassed and absolutely humbled, but they say we learn more in defeat than we do in victory. That loss was the turning point in my career.”

Fernandes defeated Belingon with a first-round Kimura in their first meeting. Though Belingon was dangerous on his feet, he barely got a strike in before the Brazilian took him down to the mat and submitted him.

“I realized just how big of a skill disparity there was between us,” Belingon adds.

“He was every bit of the grappling wizard they said he was. And I was also shocked at how strong he was as well. There was no way I was going to get back up after being taken down.” 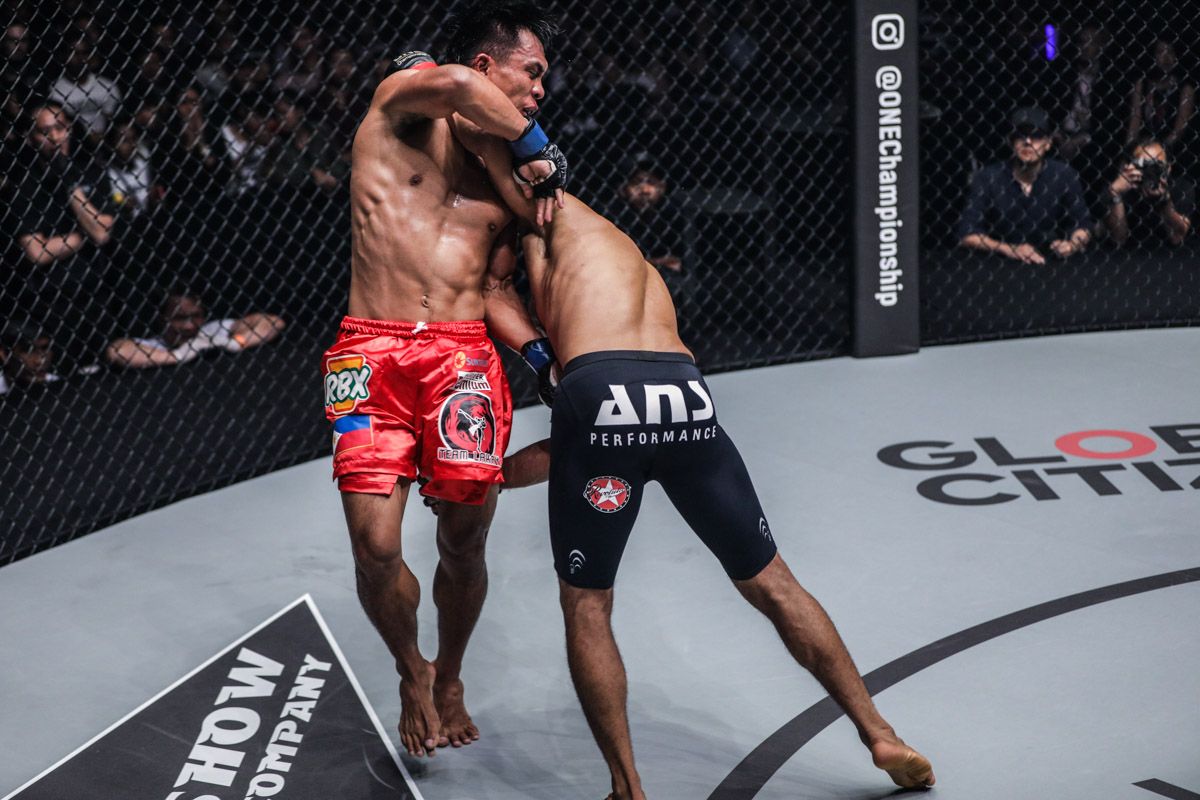 The Team Lakay stalwart was sent crashing back to the drawing board. With his training partners supporting him, however, and head coach Mark Sangiao guiding his development, Belingon knew what he needed to improve to make another run at the bantamweight throne.

“I trained very hard to improve my grappling defense,” he says.

“That was the main focus as soon as I stepped out of that cage. From then on, the goal was to get the rematch and not let anybody get in my way. I was laser focused and on a mission.”

“The Silencer” ran through the likes of Toni Tauru, Reece “Lightning” McLaren, and Andrew Leone by TKO. 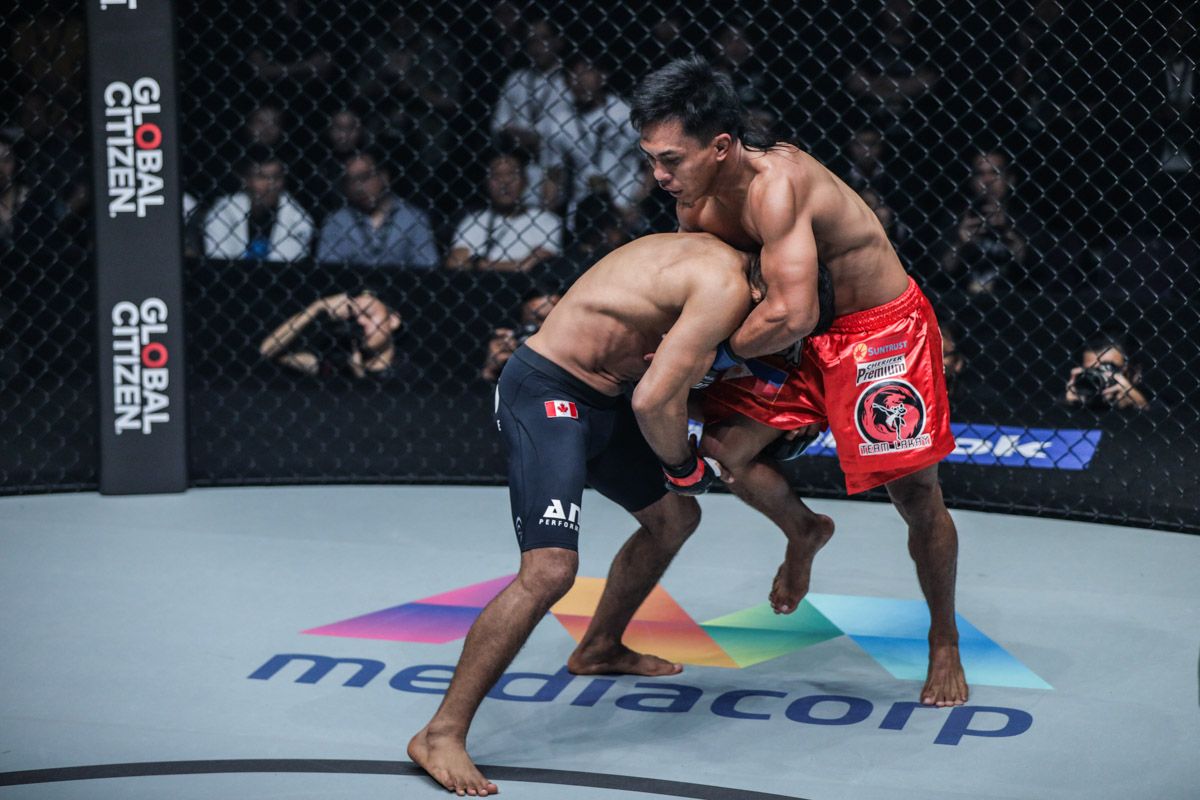 He also dominated Kevin Chung, Muin “Tajik” Gafurov and then defeated two-division ONE World Champion Martin “The Situ-Asian” Nguyen for the ONE Interim Bantamweight World Title.

After six straight victories, “The Silencer” finally earned another crack at Fernandes in one of the biggest World Title bouts in ONE history. Two of its best pound-for-pound athletes bring belts into the contest and go head-to-head to decide the undisputed top dog in the weight class.

“When they officially announced the fight, I was immediately excited,” Belingon says.

“I knew my opportunity had finally arrived, so my team and I put our heads together and we were able to come up with a brilliant game plan. We executed it to perfection.” 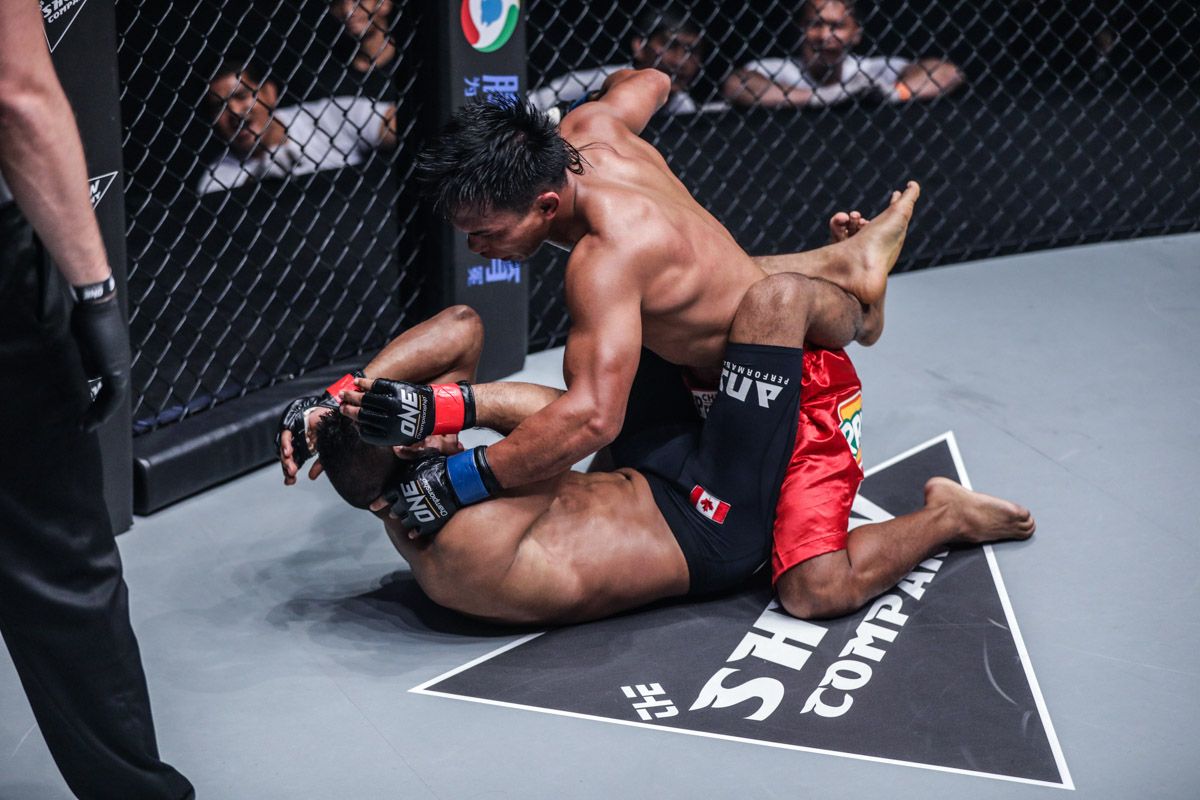 Fernandes was still dangerous in the grappling department at every juncture. He had to work harder to do it, but he could still take Belingon down to the canvas, where he threatened to end his dream with a submission on a few occasions.

However, the Filipino firebrand showcased his improved grappling skills to somehow squirm out of every tight spot, and in some cases, turn defense into offense with ground and pound.

“I knew going into the match that I was confident in grappling with him,” Belingon said.

“I may not be a black belt in jiu-jitsu, and I may not have the best grappling offense, but my defense was surely on point. I knew if he took me down, I could get back up, and that was amazing for my confidence.”

That proved to be the difference. 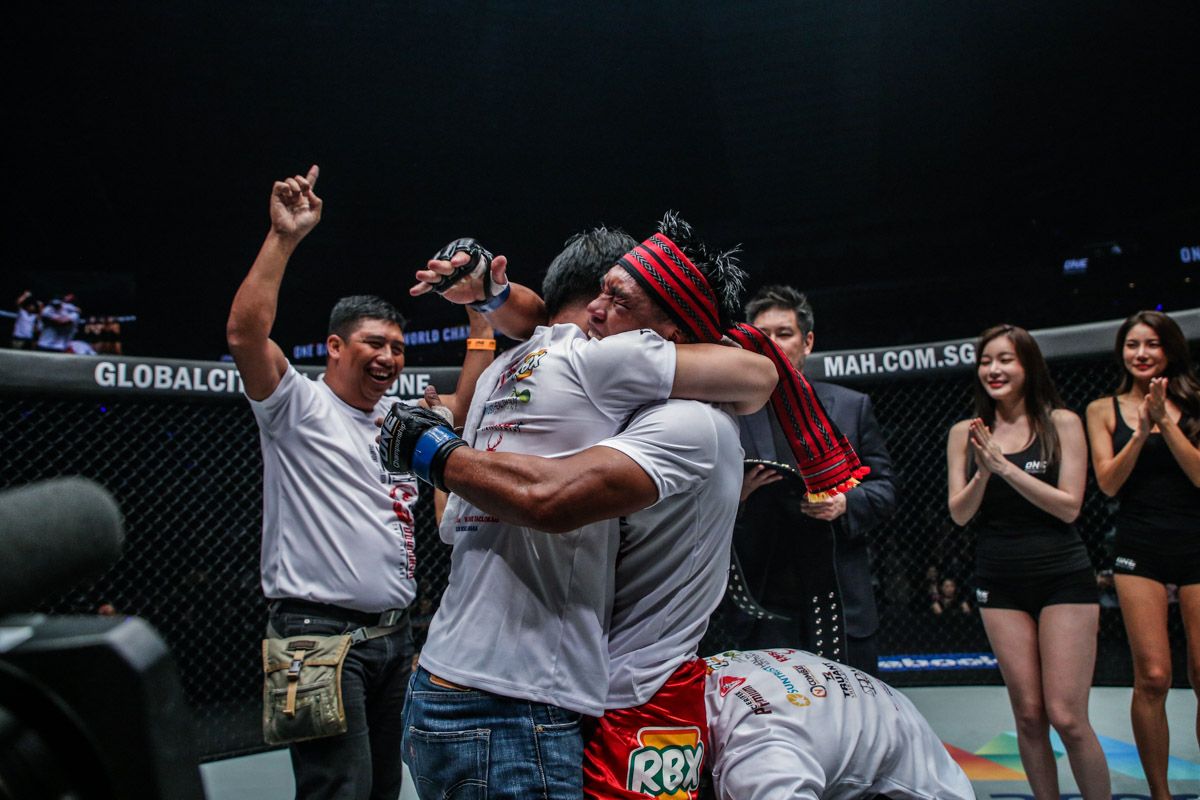 Over five grueling rounds, Belingon blasted Fernandes with his full arsenal of spinning attacks and powerful punching combinations when he was on his feet.

At times, “The Flash” was overwhelmed, and he was sent to the mat by one perfectly-timed right hand at the end of the fourth round.

In the end, two of the three judges sitting cageside saw the bout in favor of Belingon to win by split decision. The margin of victory was razor-thin, and the decision could have gone either way, but Belingon had done just enough.

With the ONE Championship belt around his waist, Belingon took a moment to appreciate how his journey had come full circle. He had avenged his most high-profile defeat against the greatest World Champion in the organization’s history.

“I thought to myself, I did it. I beat Bibiano Fernandes,” Belingon adds.

“I know the battles I have yet to go through to keep this title will be some of the most difficult and trying in my career, but there’s no better feeling than winning the title for the first time.

“I’m just enjoying my time as champion, and so far it has been amazing. It’s been an incredible year for me.”