Janet “JT” Todd is a product of both her Japanese and American heritage.

The IFMA Pan-American Muay Thai Champion – who will face Stamp Fairtex for the ONE Atomweight Muay Thai World Title at ONE: CALL TO GREATNESS this Friday, 22 February – was born to an American father and a Japanese mother and grew up in Hermosa Beach, California.

Her mother stayed at home with her and her sister while she was a child, which helped Todd to learn Japanese as her first language before she was educated in English at school.

Posted by ONE Championship on Thursday, February 14, 2019

When she was young, Todd knew she came from two very different cultures, but more than anything, she just wanted to be like all the other kids in her school.

“I wish I appreciated it more when I was younger,” Todd says.

“I feel like I didn’t appreciate my culture as much when I was younger because I just wanted to fit in. I wanted to be like everybody else.”

As it turns out, Todd’s concerns about fitting in were born out of her anxieties more so than any kind of pressure she received from her classmates.

Looking back, she admits feeling embarrassed about the lengths she went to so she could fit in with the other kids – even though none of her friends ever made her feel like an outsider. 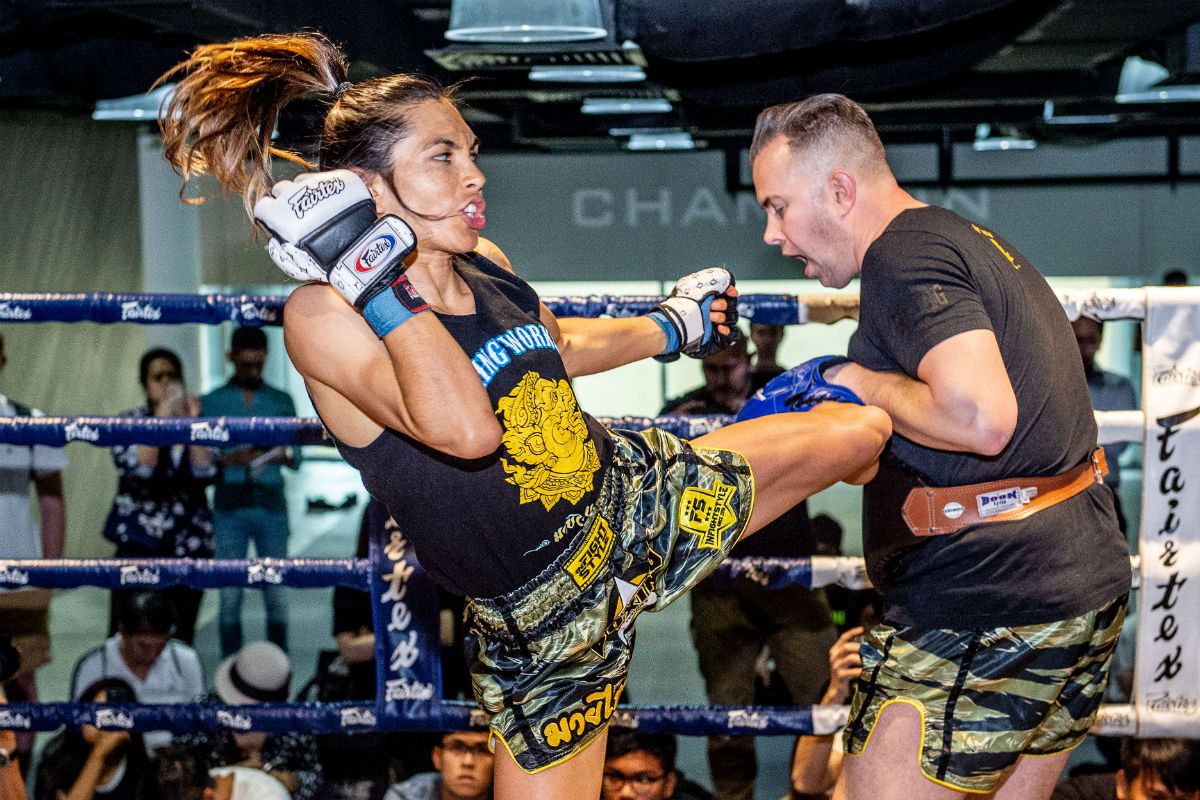 “I didn’t really get bullied as a kid, but it really made my differences stand out,” Todd says.

“I literally had a bento box when I was younger. No kids had that when I was young. Everybody had their paper-bag lunch, and their peanut butter and jelly sandwiches, and I was getting rice rolls.

“I had a core group of friends that liked me for me, and I’m sure they didn’t mind, but it was more I was self-conscious about the differences.

“I would eat my lunch, but I would hide it underneath the table and just bring the food up to my mouth. Just silly things. Looking back, I don’t think people even cared.”

Todd says the real culture shock for her came when she started traveling to Japan every summer with her mother and sister.

While kids in the United States were enjoying a vacation, Todd’s mother enrolled her children into additional schooling for three months per year in Japan until she was in the sixth grade.

Janet Todd is proud to be a flag bearer for American Muay Thai ????????

Posted by ONE Championship on Thursday, February 14, 2019

It was there when Todd really started to notice the differences between her life in the United States and the education she received for a few months each year in Japan.

“I just remember the first day that I would go into the classroom, the school kids would crowd around the entrance of the school just trying to peek in to see who I was. It was weird,” Todd says with a laugh.

“It definitely made me feel like I stood out, but in the end, I honestly made friends while going to school there.

“There were definitely a lot of people who were welcoming and wanted to play with me there. I made some friends when I was there. That’s where I got to experience some of the culture because I was actually in it.”

As awkward as it may have been for her as a child to embrace both her Japanese and American roots, Todd says that she finally learned to appreciate both cultures as she got a little older. 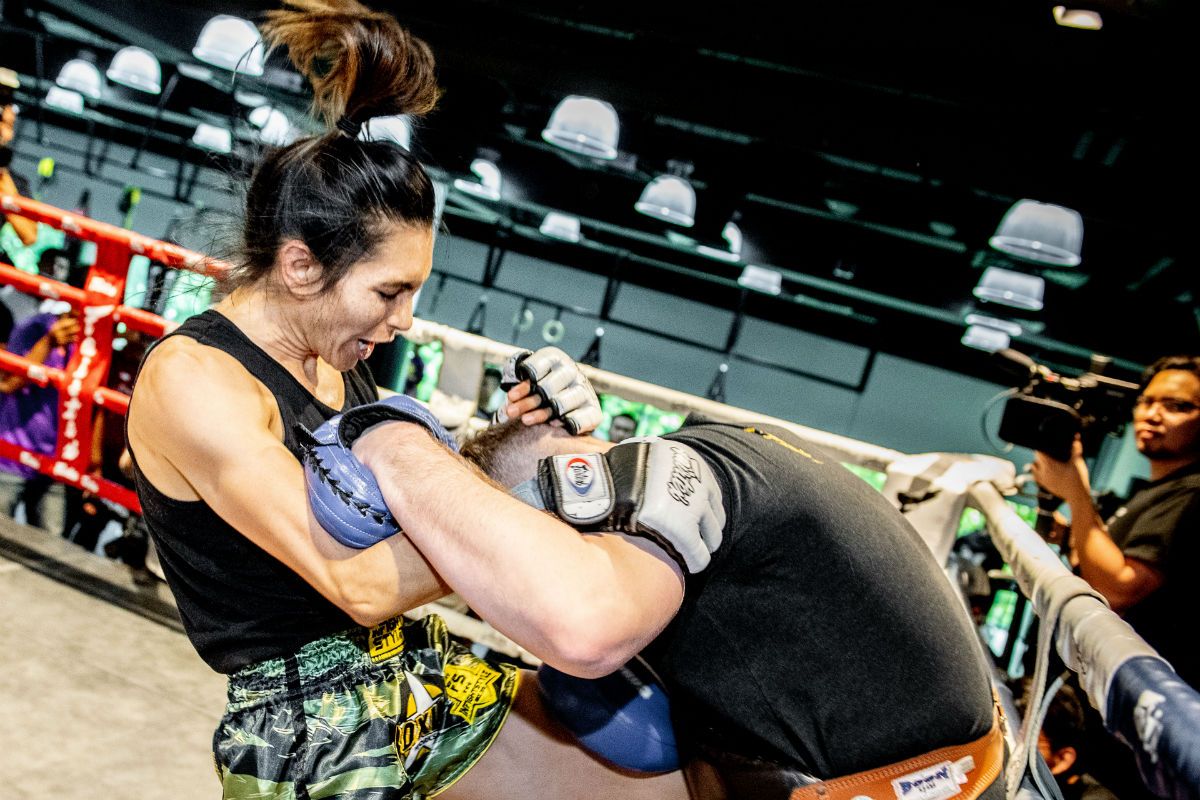 “In our culture in college, that’s a time when we really embrace who we are, and I really felt that,” Todd says.

“I really think I started to appreciate it more towards the end of high school and college when I really started to become more of my own person and not really trying so hard to be like other people.”

While she has not traveled to Japan as frequently as she would like in recent years, Todd embraces every opportunity she has to visit her second home across the ocean.

“As an adult, I haven’t been able to go as much because life takes over and you get so busy, but I love going there,” Todd adds.

“Obviously, I love the food there, and I have family and friends who live there. It’s like going back to my family and hanging out with them. Do what we all love to do, which is eat and talk.”

With the world’s largest martial arts organization set to debut in Japan with ONE: A NEW ERA on 31 March, Todd has already thought about the possibility of competing there in the future.

She hopes to win the ONE Atomweight World Muay Thai Championship on 22 February, and then it would be a dream come true to defend the World Title in Japan later this year at ONE: GREATNESS UNLEASHED. 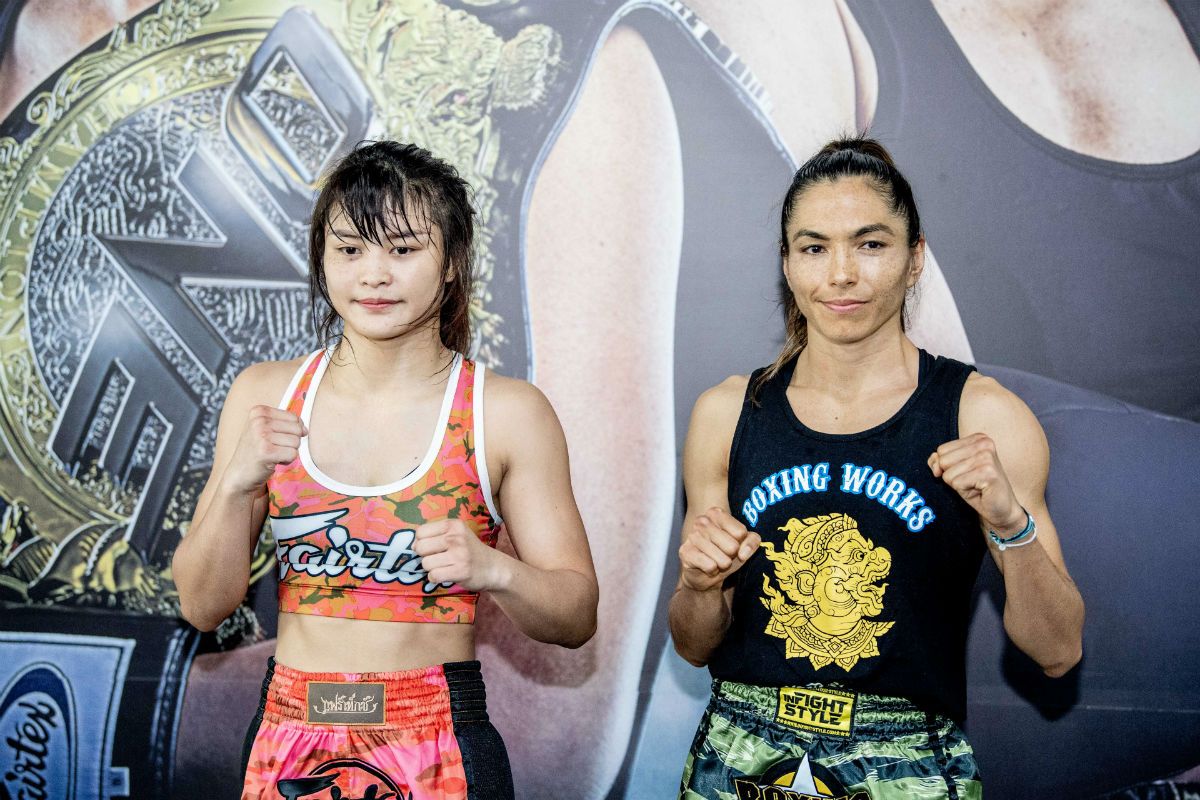 “I’ve been wanting to fight there for a while. My family would love it,” Todd says.

“You kind of fantasize about that like, ‘Wouldn’t it be cool to go to Japan and fight?”