Bi “Killer Bee” Nguyen knew her return to Vietnam in September was going to be an emotional affair.

It was the first time she had competed in her homeland and, with family on her mind, she brought a heavy heart into her ONE Super Series Muay Thai clash with Puja Tomar.

The 29-year-old martial artist lost her father to liver cancer nearly a year and a half ago, and she was reminded of him often during event week. That is why getting a split-decision victory inside the Phu Tho Indoor Stadium in Ho Chi Minh City was so important to her.

“I didn’t think there was going to be much pressure, but there was a lot of pressure. That win was relieving. [It was] definitely exhilarating, but relieving — like ‘Yes, I did it. I came here and did what I set out to do.’

“It didn’t really sink in until I felt the energy from the crowd after my win. Then I stayed a couple of days after, and I was recognized at restaurants. I just felt so much pride from the Vietnamese people. That was really, really gratifying.”

The chance to compete in Ho Chi Minh City also gave Nguyen the opportunity to reconnect with her father on a spiritual level. That was particularly meaningful because previously, she had been estranged from her dad for many years.

When her family relocated from rural Vietnam to sunny California during her childhood, she learned to adapt to the American culture.

However, as she got more comfortable with the western lifestyle, it became increasingly difficult to connect with her parents and their traditional Vietnamese background.

Also, her dad traveled from the United States to Vietnam on a regular basis, which largely prevented her from truly knowing him as she got older.

By winning in her home country, Nguyen felt like she got a little bit closer to her father.

“It was so important because my dad and I didn’t have a good relationship,” she explains.

“We didn’t relate on many things except fighting. He was a huge fight fan and he came to a couple of my fights. He lived in Vietnam off and on, so he wasn’t around much. He went back to Vietnam a lot more than he was in America.

“Being back in Vietnam and just seeing that his daughter is a star of this caliber, he would have cried. He would have gone crazy for it. I wish he would have been there, but it was good enough just to know he was watching [from above].”

If there was one major attribute Nguyen gained from her father that she carried forward into her life, then it was a dreamer’s mentality.

During her childhood, “Killer Bee” watched him buy stacks of lottery tickets and could never understand why he wasted so much money on a longshot.

“It used to make us angry because it was like, ‘Ok, dad, for 10 years now, you’ve spent so much money on lottery tickets and with all that money, you could have bought us a house,” she says with a laugh.

However, as she got older, she realized it was a symbol of her father’s dream to give his family a chance at a better life.

Now, as an adult, Nguyen is determined to pay tribute to her father by living her dream and making the most of every opportunity that comes her way.

That motivated her to chase her goals as a martial artist and it even prompted her to accept a spot on the hit reality television program Survivor.

“A lot of people have had to ride with me in my career, especially my fans, because it’s been a long career. I’ve had wins and I’ve had losses. I’ve had ups and I’ve had downs, and I’m just going to keep on dreaming,” she continues.

“Nothing is going to keep me down — not my age, not my experience, not how long I’ve been doing it. I’m a dreamer through and through, and I’m going to make it come true.” 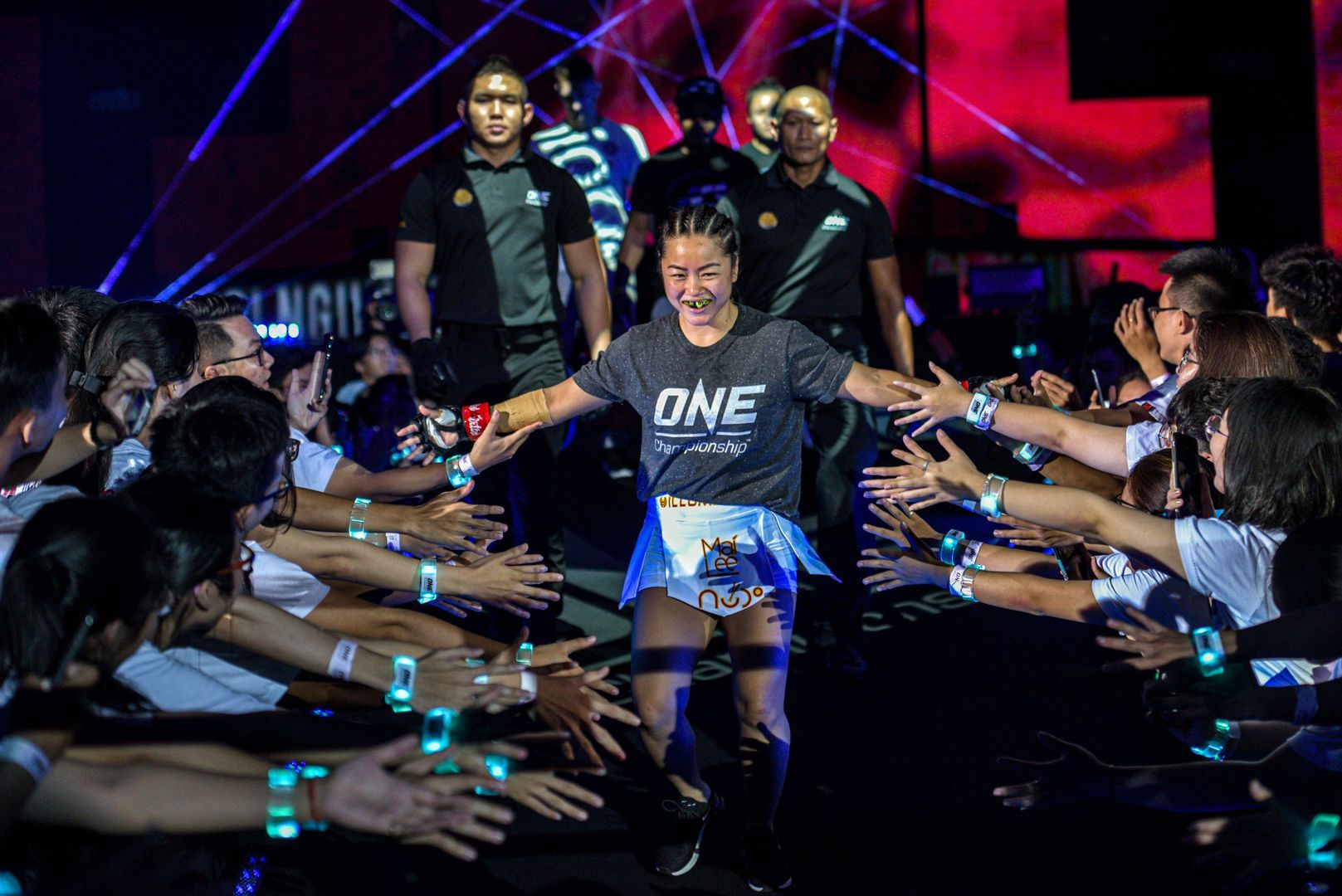 Between living her dream and winning in Vietnam, Nguyen feels more connected to her father than ever before.

“Killer Bee” will continue thinking about him this week as she puts the finishing touches on her preparation for her atomweight mixed martial arts bout with two-sport ONE World Champion Stamp Fairtex at ONE: MASTERS OF FATE in Manila, Philippines this coming Friday, 8 November.

She may have previously lived in doubt, but that recent victory in the Vietnamese capital has elevated her morale to a new level.

“As you get older, everything kind of comes full circle. Being in touch with my roots and being in touch with where I come from, it gives me strength. I’ve never been more sure in myself and more confident in my entire career.”