Iniong stifled the Chinese Taipei athlete with fluid combinations, and when the submission-savvy Huang tried bringing the contest to the mat, “Conviction” nullified her takedown attempts with superb defense.

As a matter of fact, it was the 28-year-old Baguio City, Philippines native who showed the more dynamic grappling. She took “Lady GoGo” to the canvas, controlled the black belt judoka with ground and pound, and even attempted a few submissions herself.

Following three rounds of action, it was quite clear Iniong was the more dominant martial artist, and she easily grabbed the unanimous decision verdict.

While the six-time Philippine national wushu champion’s physical skills have clearly improved, perhaps the biggest improvement of all had to do with her mentality. “The biggest change in my career so far has been my confidence. I think it has been the missing piece of the puzzle,” Iniong says. “Believing in myself has allowed me to relax more, and not be so tense heading into bouts. The result can be seen in the way I fight.”

Iniong was already considered a highly-regarded competitor when she joined ONE Championship in April 2017. However, she quickly admits the spotlight affected her quite early in her promotional tenure, and she found herself thrust into an unfamiliar situation.

Though “Conviction” may never get used to all the attention, she will instead do her best to speak loudly with her performances, just like the one she put on at ONE: HEROES OF HONOR.

“The more I believe in myself, the more comfortable I get,” she explains. “I still have trouble talking to people. At times, I have very little to say. I prefer to do my talking in the cage.” 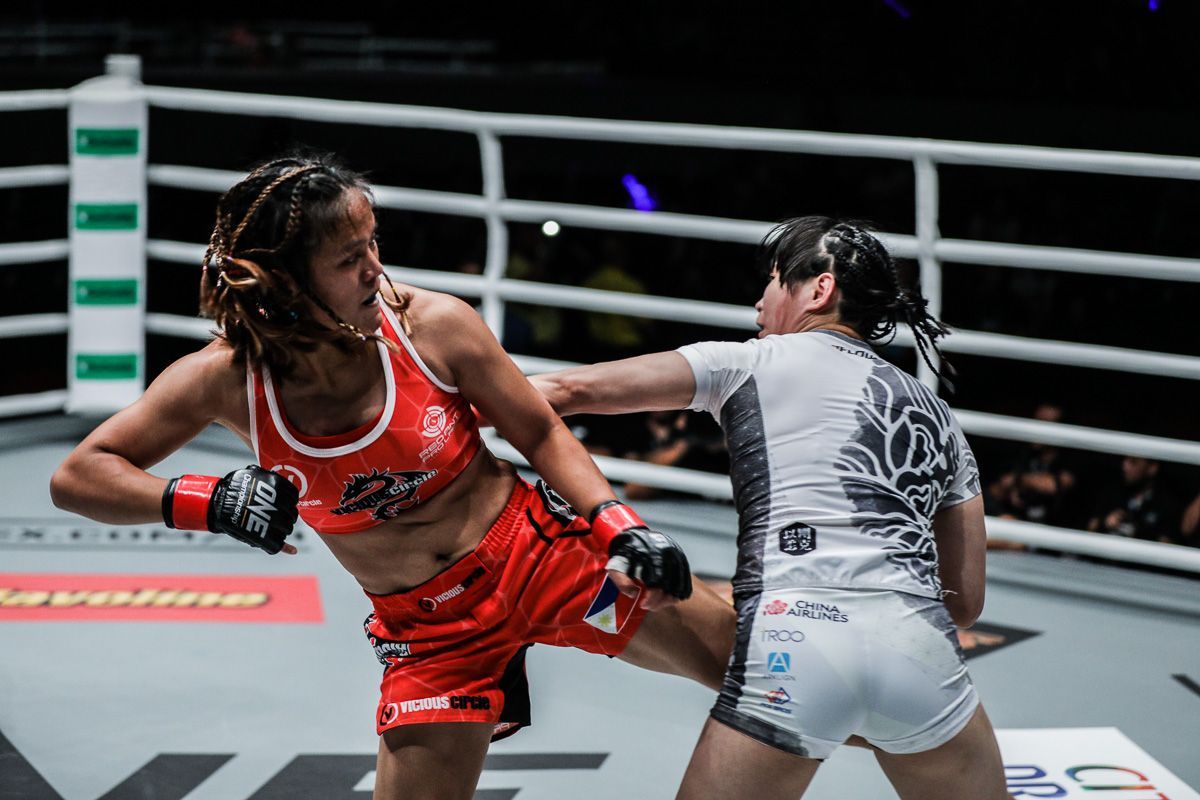 Now with a victory over a former ONE Women’s Atomweight World Title challenger, Iniong reaffirms her place in the upper echelon of the division.

The wushu warrior is not necessarily in a rush to get a world title shot, but she wants to continue sharpening her skills, and defeat any opponents who could bring her closer to a bout with the world champion.

“What’s next for me is up to ONE,” she says. “My part in all of this is to just keep improving, and keep working on my grappling so that when the time comes that I will compete for the title, I will be ready. Everything happens at the right time.”

Still, she is keeping her eye on the title picture.

Currently, ONE Women’s Atomweight World Champion “Unstoppable” Angela Lee is slated to defend her golden belt against top ranked contender Mei “V.V” Yamaguchi in the main event of ONE: UNSTOPPABLE DREAMS in Singapore on Friday, 18 May. 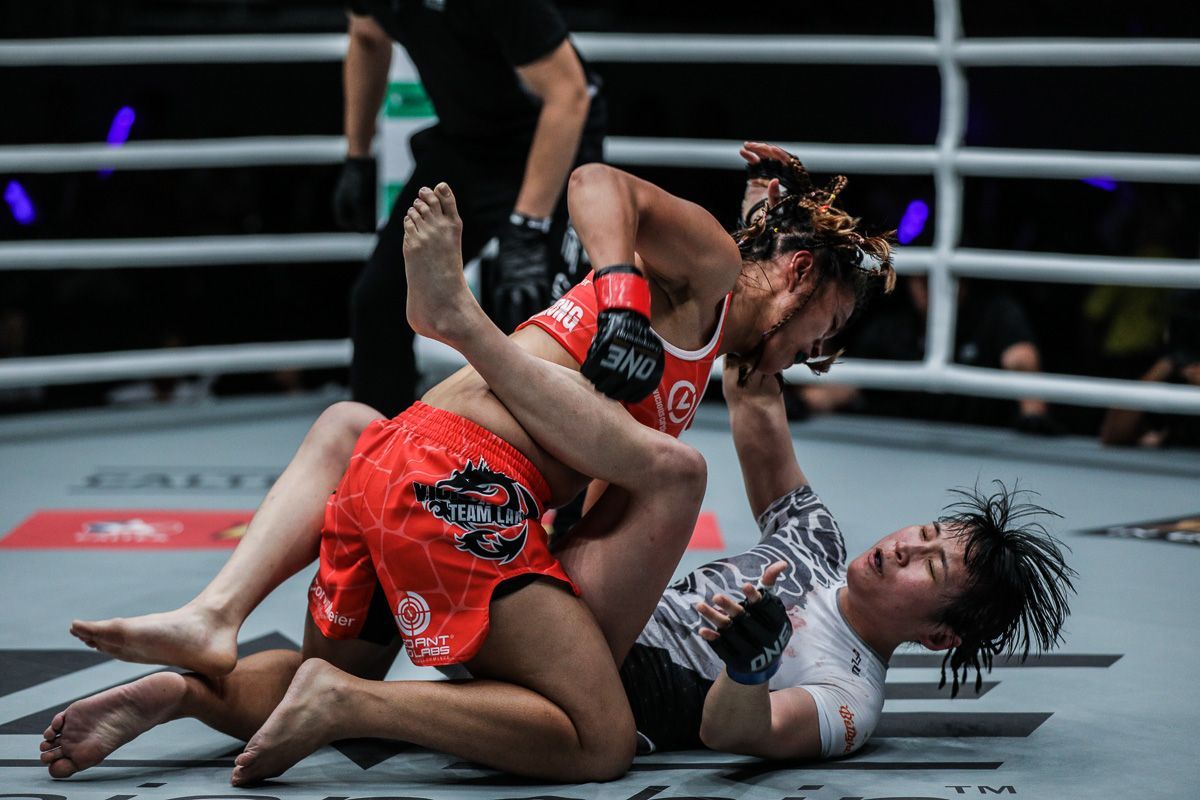 Having already faced Yamaguchi twice before, “Conviction” is familiar with the Japanese veteran’s style, and says she has a good chance at beating Lee given her skill set.

“If Mei can keep the fight standing, she has a great shot at the upset,” the Filipina offers. “But I think if Angela takes it to the ground, her grappling will come out on top, and it will be difficult to stop her.”

Although Iniong stops short of picking a winner, she believes this headlining bout will be a close contest, and it will usher in a new era for women’s martial arts.

“They are both tremendous competitors, and it is an honor to be counted among their ranks,” she continues.

“Women’s martial arts is rapidly evolving. The action and intensity of the matches is ramping up. The skill level of the competition has steadily increased. You really have to work hard if you want to keep up.”