Edward “The Ferocious” Kelly (10-5) has been featured in some of the most amazing featherweight contests in ONE Championship.

The 34-year-old contender has dazzled with his world-class wushu striking and constantly- evolving grappling, having utilized those skills to finish some of the toughest competitors in the division.

Before the Filipino meets former ONE Featherweight World Title challenger Christian “The Warrior” Lee (9-2) at ONE: BEYOND THE HORIZON in Shanghai, China on Saturday, 8 September, he lists three of his favorite career finishes.

In March 2016, Kelly welcomed BRACE Bantamweight Champion Jordan “Showtime” Lucas to the promotion at ONE: UNION OF WARRIORS.

At the time, the Australian was entering the world’s largest martial arts organization with a spotless record and a tremendous amount of hype behind him.

This was his opportunity to justify all the hype, and initially, he did.

Lucas was aggressive in the opening minutes of the contest. He landed takedowns and used his grappling to dominate early on. The undefeated Aussie even got back mount on Kelly on more than one occasion, and constantly threatened with submissions.

The Team Lakay veteran, however, weathered the storm, and kept his composure. He was motivated to get the victory, and refused to quit. 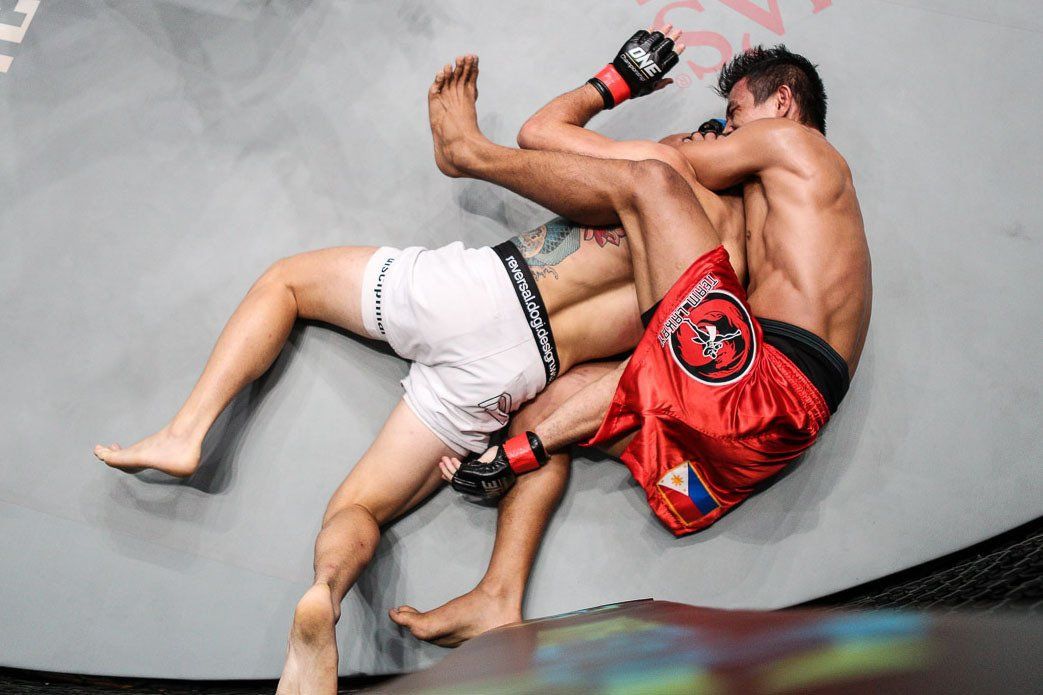 “I got caught early, but I remained calm. Just like we did in practice, I was able to show good defense,” Kelly explains.

“Jordan is a good kid. He was strong, and very talented. But this was a fight I knew I had to win.”

With 90 seconds remaining in the first round, Kelly caught “Showtime” in a moment of pure brilliance.

The Filipino stuffed Lucas’ takedown attempt, stepped to the right side of his Australian rival’s body, and sunk in a rear-naked choke. Despite not mounting his younger foe’s back, “The Ferocious” was still able to force him to tap.

“I knew it was deep, even if I was out of position,” Kelly continues. “Even if the choke was not properly in place, I knew I could finish him from that position, because my arm was underneath his chin.”

#2 A Ground And Pound Finish

Later that December, Kelly looked to get a third-consecutive victory at ONE: AGE OF DOMINATION.

He faced “The Terminator” Sunoto, a well-respected martial arts veteran who was surging in popularity. With a stylistic mix of kickboxing, taekwondo, and sambo, he possessed the ability to frustrate anyone who stood across the cage from him.

The Indonesian traded with Kelly in the opening moments of the first two stanzas, but frequently brought the contest to the ground, where he tried advancing to more favorable positions.

“Sunoto was another tough opponent for me. He had good power, and was very strong in the clinch,” the Filipino acknowledges.

“He had me on my back a few times, but I kept calm, and knew what I had to do. We grapple and wrestle every day at Team Lakay, and it is one of the things I truly enjoy about training. I want to improve this aspect of my game a lot.” 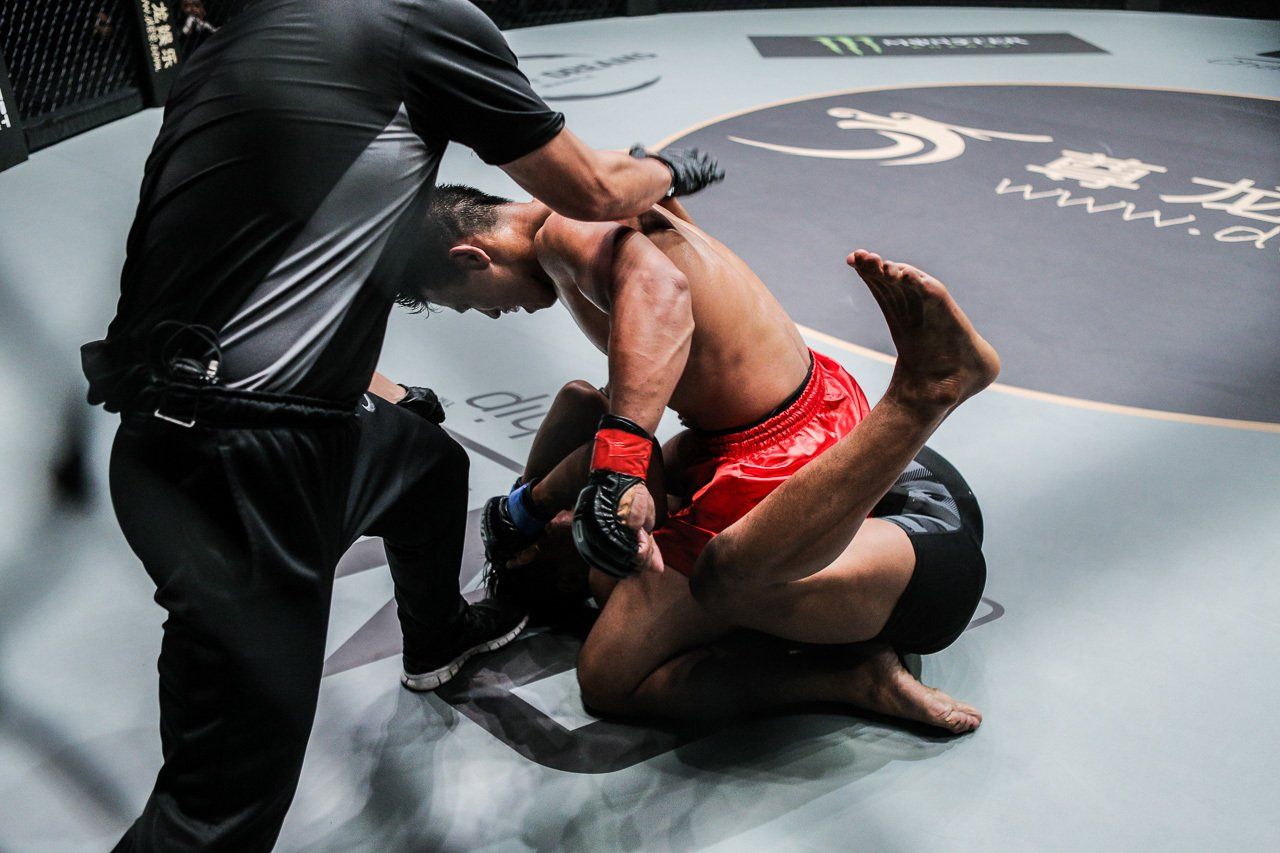 After two grueling rounds, Kelly swayed the momentum completely in his favor in the third by dropping Sunoto with a thunderous head kick.

“The Ferocious” followed him to the ground, smoothly transitioned to full mount, and unleashed a melee of ground and pound to force the stoppage.

“When I got on top of him, I knew it was over,” the Team Lakay featherweight says.

“The kick that I landed took the wind out of him, and he just did not know what to do after that. I unloaded everything that I had until the referee stopped the fight.”

Edward "The Ferocious" Kelly began 2018 with this phenomenal KO!Download the ONE Super App now ???? http://bit.ly/ONESuperApp

Kelly kicked off the new year in style.

This past January, at ONE: GLOBAL SUPERHEROES, he welcomed yet another unbeaten warrior — Cambodia’s Meas Meul — to The Home Of Martial Arts.

Fortunately, Kelly already had a plan in mind.

“I knew I had to be careful, because he was a striking specialist,” he says.

“Kun Khmer warriors are known for their toughness and strength. I wanted to come out aggressively, and put the pressure on him.” 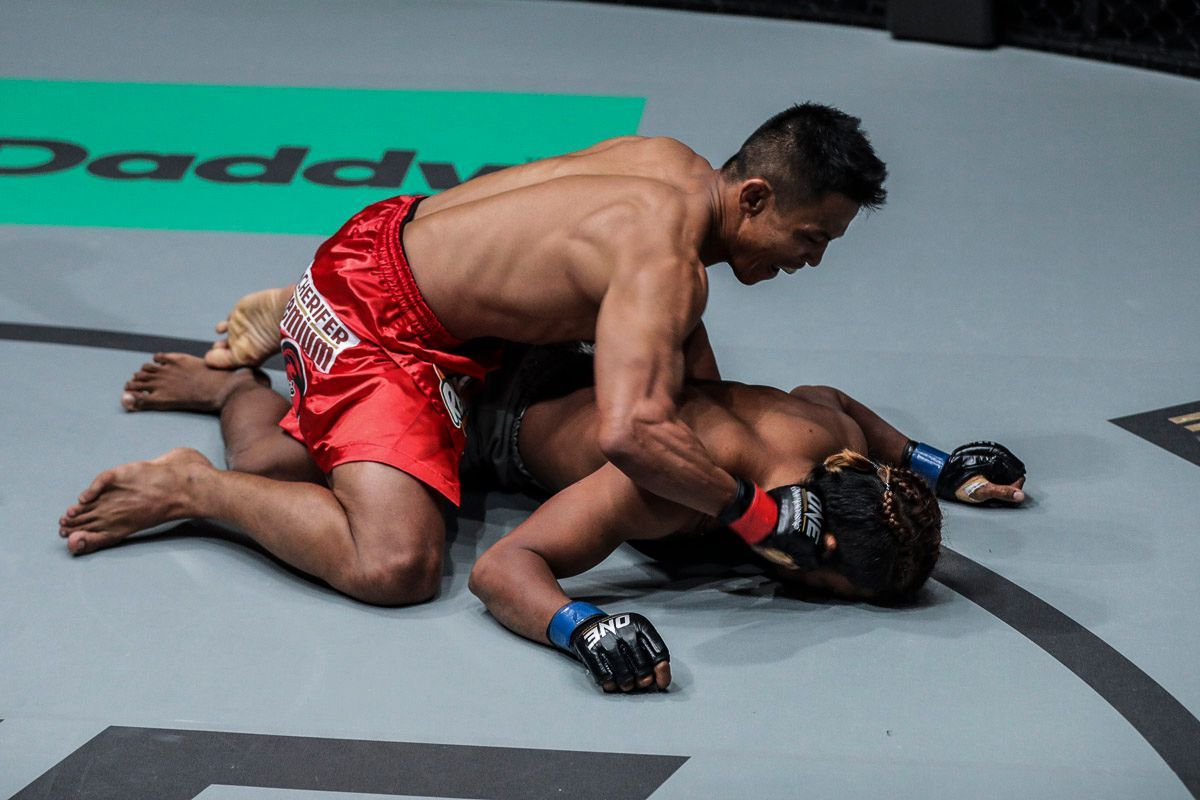 “The Ferocious” one certainly did that, and more.

That set the record for the fastest knockout and stoppage victory in the featherweight division at the time – remarkably, Li Kai Wen broke the record five months later with a 10-second KO. Today, it stands as his favorite win yet.

“To be recognized for my performance and my victory, it really helped to boost my confidence,” Kelly says.

“It was a good experience for me. I know I still have a lot to work on, but this was my favorite victory. It made me so happy to be able to give the fans a good show.”