The man known to his students as “Kru Rong” is a living legend who captured the Lumpinee Stadium Championship three times, and later crossed over into the cage to claim the inaugural ONE Strawweight World Championship in 2015.

After losing the belt to Yoshitaka “Nobita” Naito in May 2016 and dropping a razor-thin split decision to top contender Joshua Pacio this past March, the 38-year-old’s warrior spirit was truly tested. After all, both disappointing losses took place in front of his countrymen in Bangkok, Thailand. 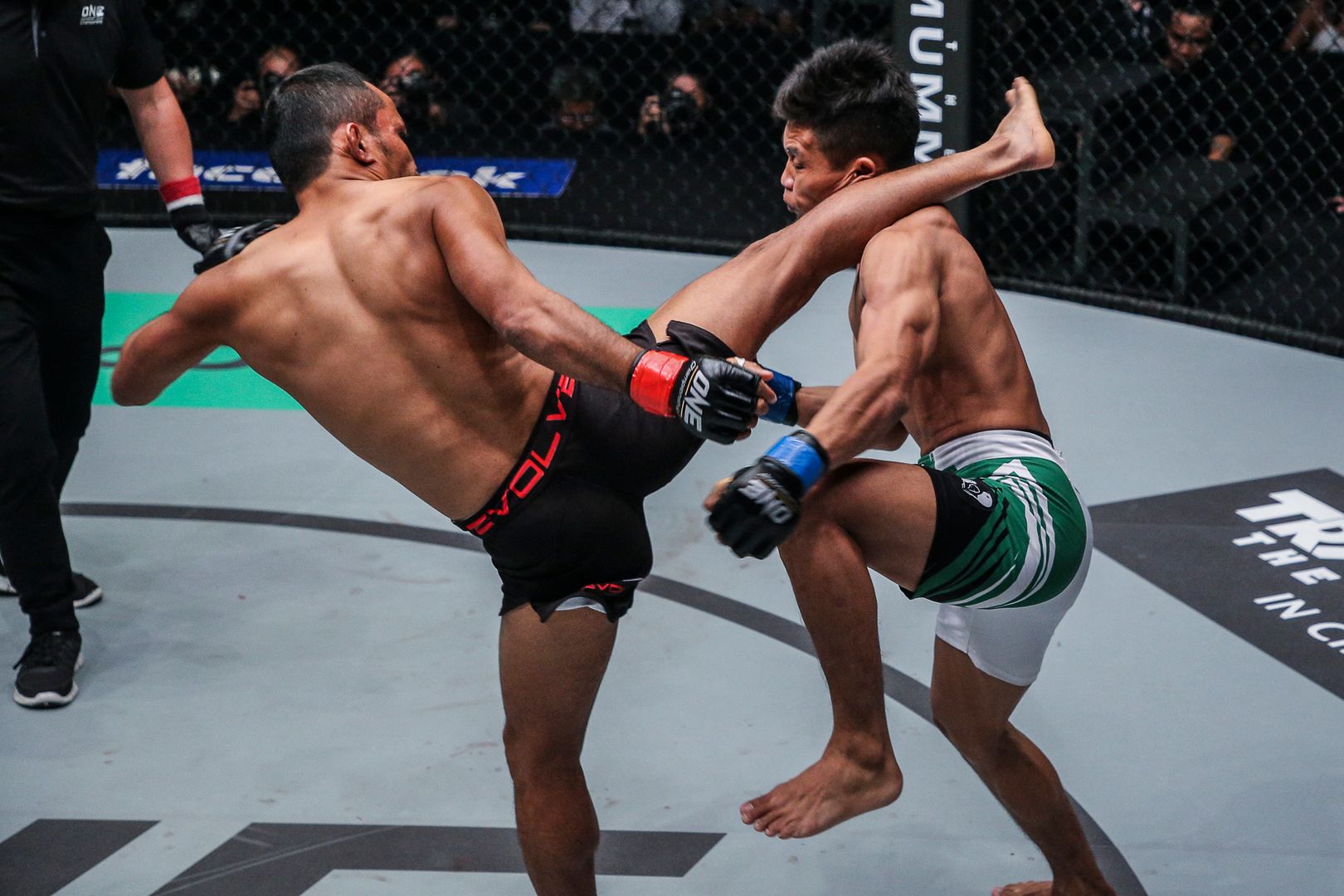 The Singaporean-based Thai had his back against the wall, but he has always possessed the heart of a champion. At ONE: DYNASTY OF HEROES in May, he proved he was still a force to be reckoned with, when he flattened 24-year-old Adrian Matheis with a knockout punch in the opening round of their strawweight encounter.

“It felt great to get back in the win column,” he says. “I am feeling confident. I am excited for my next fight, and to continue my quest to win back my belt.”

“Kru Rong” will aim to build on this momentum on Friday, 18 August, when he faces up-and-coming Filipino striking ace Robin “The Ilonggo” Catalan (6-2) at ONE: QUEST FOR GREATNESS, which takes place at the Stadium Negara in Kuala Lumpur.

The 27-year-old Catalan last saw action at ONE: KINGS OF DESTINY in April. Although he is known for his wushu and Muay Thai ability, he demonstrated a much-improved grappling game that helped him earn a split decision victory over Jeremy Miado. 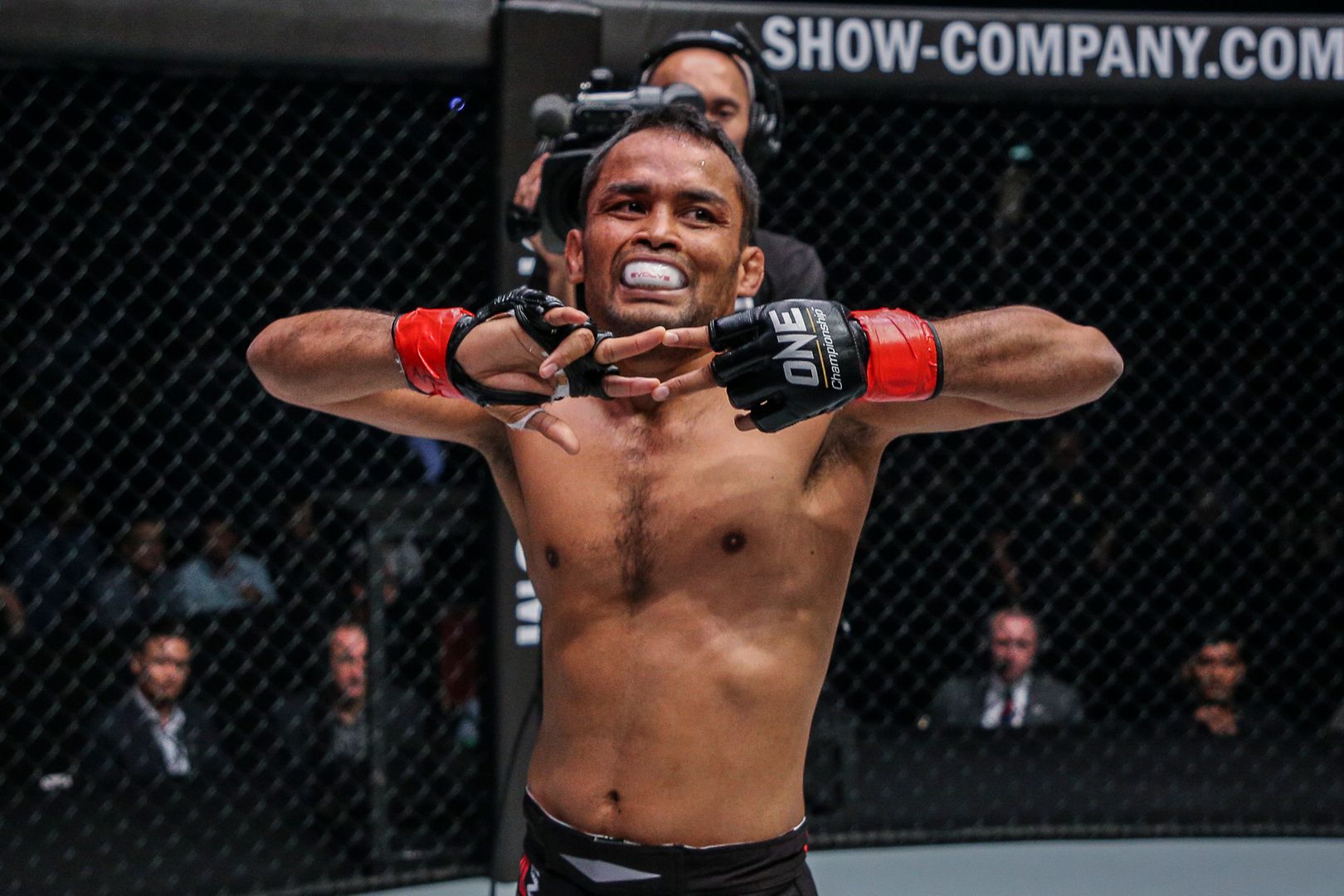 “He (Catalan) is a good fighter with good wrestling,” Amnuaysirichoke acknowledges. “I am fully prepared for anything he might throw at me, and I am training hard for this fight. Once we step in the cage, I will be ready.”

These days, Amnuaysirichoke’s life is engulfed by martial arts from morning to night, which includes training for bouts, as well as sharing his love and knowledge of Muay Thai with others.

“Kru Rong” is an early riser, as he starts each morning at 5:30 a.m. An hour later, he is already at Singapore’s famed Evolve MMA teaching Muay Thai. The living legend believes that being an instructor has made him a better martial artist.

“The one thing about teaching is that it helps me stay sharp, and not forget the basics or details of certain techniques,” he says. “I am constantly telling people how to do them. It helps me refresh my memory.”

His day continues at a feverish pace. Following class, he begins training for the upcoming bout at 9 a.m. The Thai’s training runs the spectrum of disciplines, and varies depending on the day of the week. Some days consist of strictly Muay Thai, while others are concentrated on grappling and wrestling.

Whatever is before him, one thing is certain: he is having fun.

“I enjoy learning,” he explains. “I enjoy BJJ and grappling the most, but I like to mix it all together. I enjoy adding new aspects to my game.”

After another round of classes and training, he finally gets a chance to unwind at around 8:30 p.m. From there, he goes home to cook dinner and relax. Unknown to many, when he is not hitting pads, the accomplished martial artist has been known to strike a chord or two on the six-string.

“I have been playing the guitar since I was a young kid at Muay Thai camps,” he says. “It is nothing too formal. I am not that great, so it is informal play. I taught myself over the years just to entertain myself.” 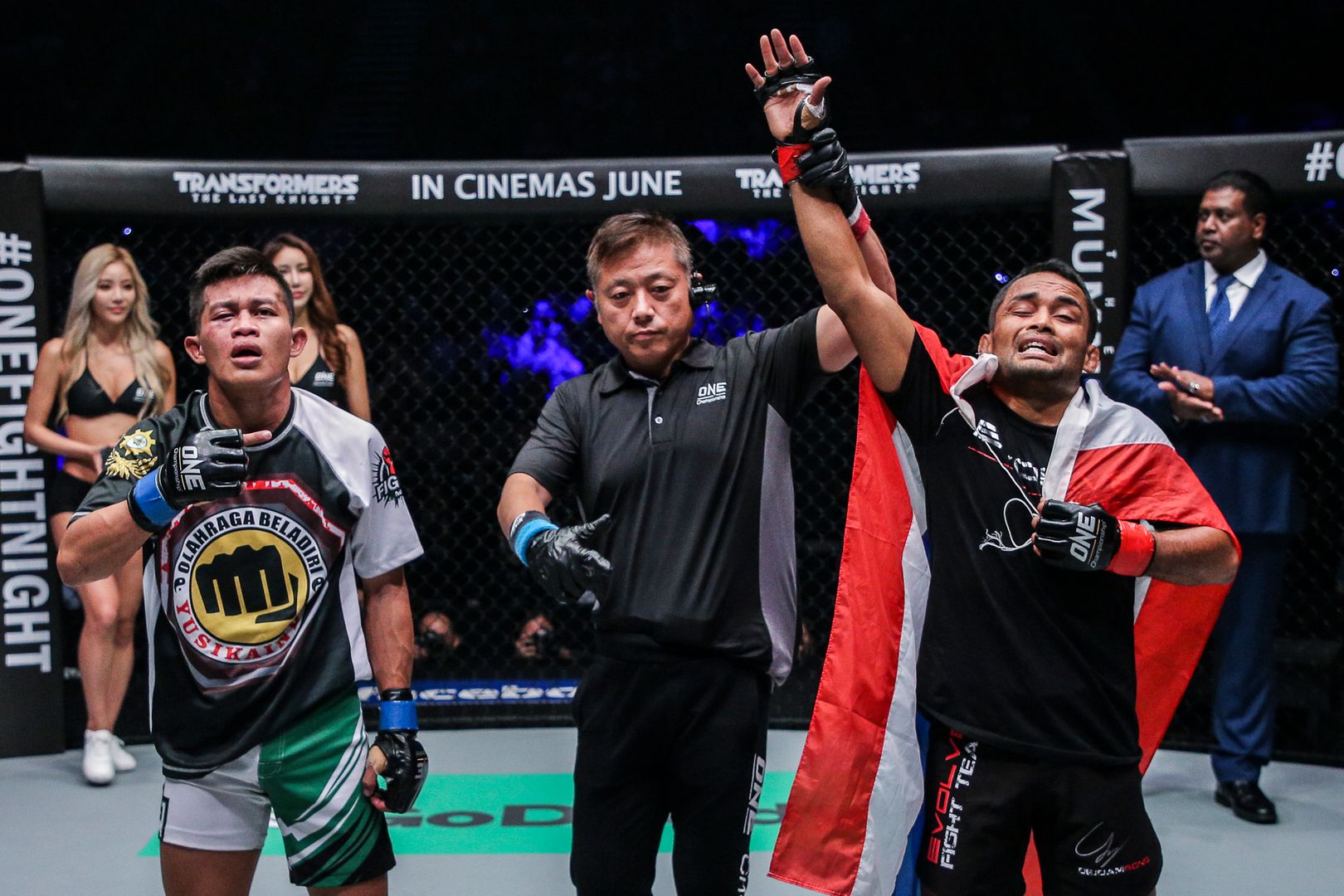 Amnuaysirichoke may not become the next Slash or Jimi Hendrix, but he has a chance to recapture his lost glory, and possibly once again become the ONE Strawweight World Champion, something he routinely talks about.

Now he is looking to continue his quest back to the gold, and Catalan is the next road block in his path.

If not, he will not rest until his quest leads back to the title.