“Ottogi” Dae Hwan Kim (12-2-1) may have slipped in his promotional return just three months ago, but he has learned from his recent mistakes, and now feels he is back in a place where he can threaten the top contenders in ONE Championship’s bantamweight division.

The Seoul, South Korea native will return to competition on Friday, 23 February. He is scheduled to face-off against Shooto featherweight champion Daichi Takenaka (10-0-1) at ONE: QUEST FOR GOLD, which takes place at the Thuwunna Indoor Stadium in Yangon, Myanmar.

“He is definitely a strong warrior, but I am a stronger warrior, and I will be a historical warrior,” the 31-year-old South Korean confidently states.

Though Dae does not know too much about his upcoming adversary, he is focusing his attention inwards and honing his offense in order to achieve victory. It is especially important for him to cultivate his own talent, as he took a 19-month hiatus from the sport following his win over Teng Li Ge in October 2015 to concentrate on teaching. 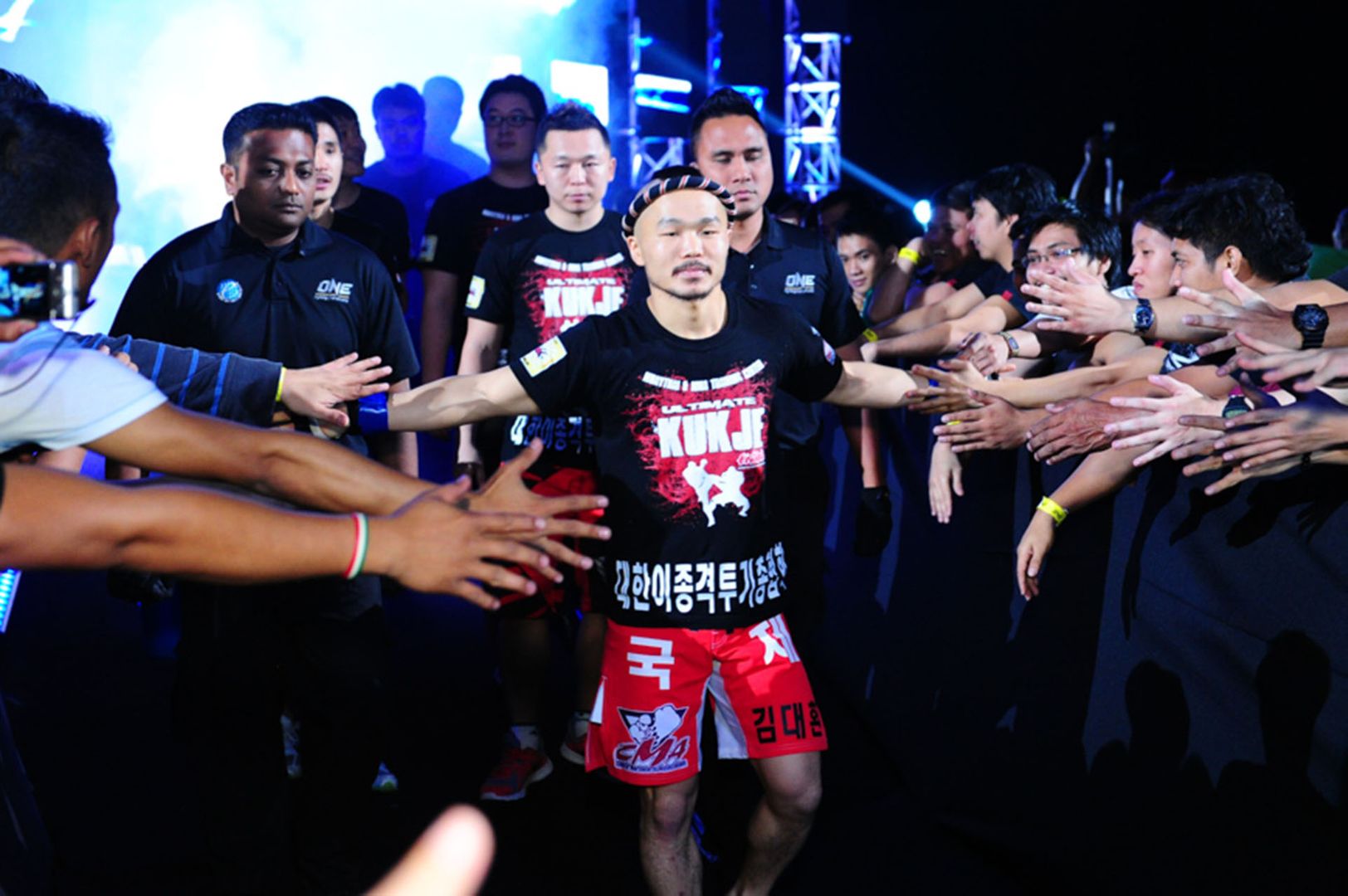 Alongside his older brother, Dae Ryeong Kim, the pair are responsible for multiple Kukje Gyms in the Korean region, and “Ottogi” knows his brother is always there to help him prepare when it is time to shift the focus onto himself.

“My brother is my Muay Thai teacher. He has been very helpful,” the bantamweight says. “Our personalities are very different. My brother is water, and I am fire. Sometimes we fight, but now, we are doing very well.”

Dae is hoping his brother can help him right the ship after suffering a setback in his promotional return at ONE: IMMORTAL PURSUIT last November.

Leandro “Brodinho” Issa, a BJJ world champion who trains out of Evolve MMA, successfully out-grappled the South Korean over the course of three rounds to take a unanimous decision victory. 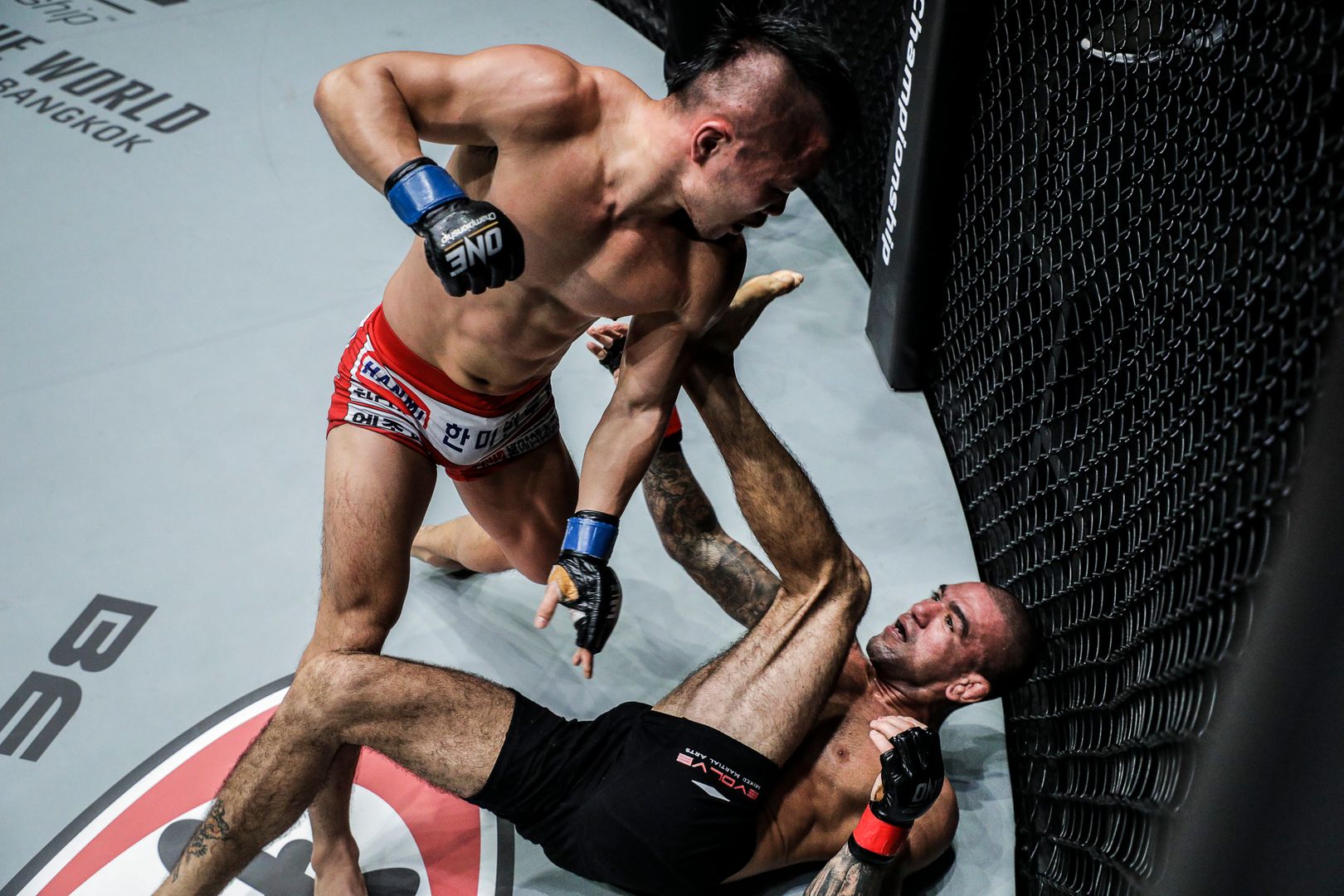 Although “Ottogi” lost, he takes several positives away from the contest. For instance, he held off Issa’s world-class submissions for 15 minutes, and now believes that makes him an even bigger threat to the division’s elite.

“I learned a lot through the last match. It was good to feel the pressure of a BJJ world champion black belt, but I could not feel his killer instinct,” Dae says.

“I am still the most powerful world title challenger. It was a match against a strong partner, even though I was defeated. From now on, I will show you another version of me, and I will get the world title.”

Dae knows what it takes to compete for the ONE Bantamweight World Championship. In fact, in December 2014, precisely one year after his first appearance in the organization, he unsuccessfully challenged reigning divisional kingpin Bibiano “The Flash” Fernandes. 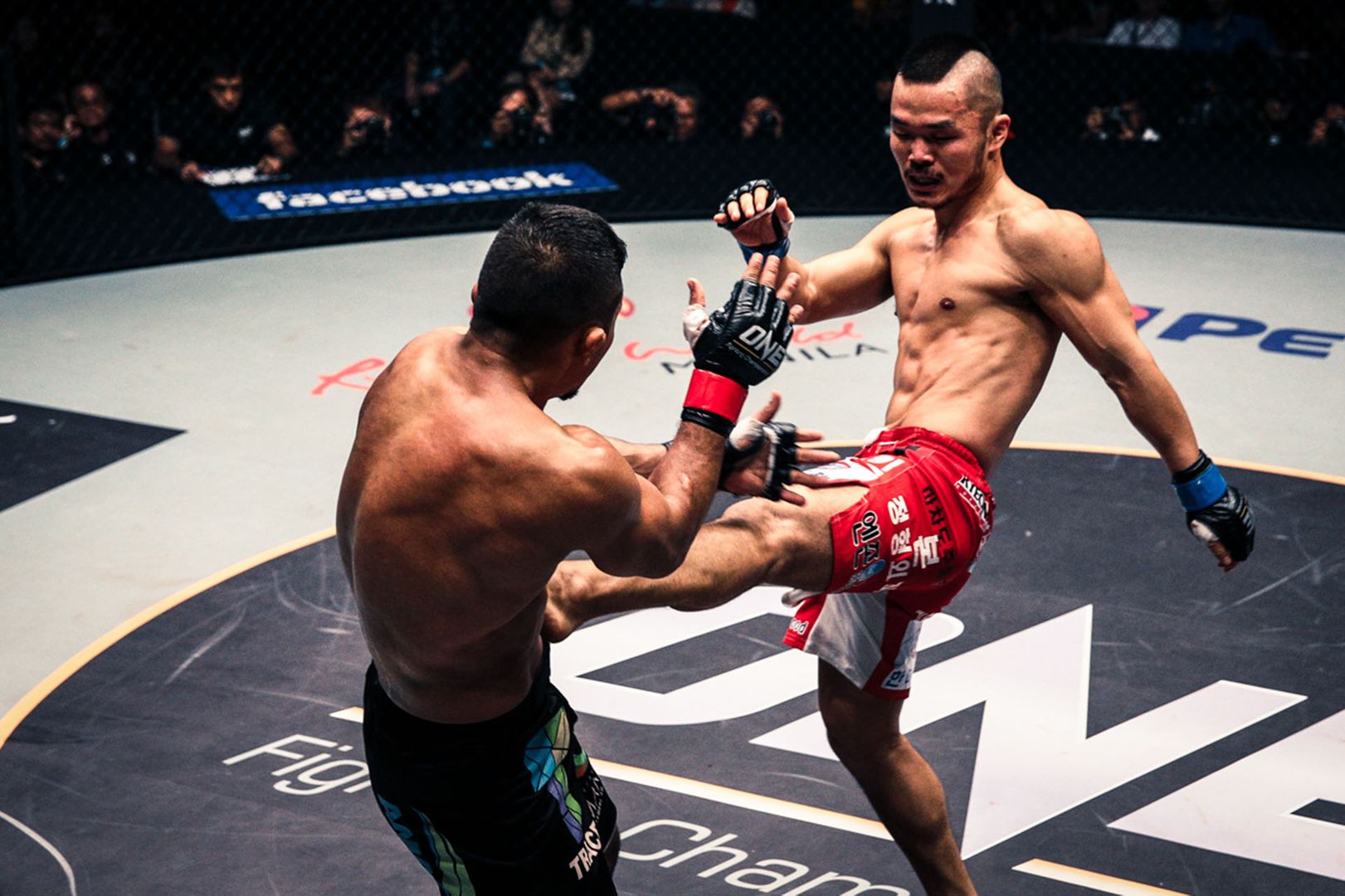 For him to return to contender status, the South Korean must restart his world title campaign with a string of impressive wins, and that starts with the undefeated Takenaka.

Takenaka, who trains out of the world-famous Paraestra Izumi, is a Shooto featherweight champion, and has utilized his jiu-jitsu wizardry to steamroll through his opponents.

While Dae respects his Japanese opponent’s accomplishments, he simply believes that his skills are on a higher level.

“I think I have more powerful jiu-jitsu [than Daichi], but I will proceed with a standing match. I will KO him,” Dae predicts. “I will be the best of the best in ONE, and I will surprise Korea, and the world.”