It is a sunny afternoon, and the home of Hitman MMA in Quezon City’s Fitness Armory is filled with athletes finishing up their workout routines. Standing in the middle of the room is a man in compression shorts. He talks to a lady while a baby girl plays right by their side.

Im coming to Myanmar Nov 3rd to do some damage in that @onechampionship cage ! Im looking and feeling like a #savage lets do this Pilipinas!!! ???? #CastroFit #AllianceTrainingCenterPH #HitmanMMA #FitnessArmory #onechampionship

That man is the “Hitman” himself, Burn Soriano. He is fresh off his afternoon training, as he has been preparing for a bantamweight clash against “Rock Man” Chen Lei at ONE: HERO’S DREAM on Friday, 3 November at the Thuwunna Indoor Stadium in Yangon, Myanmar.

Soriano is an excellent shape. To say the 31-year-old’s physique is the best it’s ever been is an understatement. It was clearly a result of focused dedication, a disciplined diet, and countless hours of training.

The Manila, Philippines native is completely concentrated on his upcoming bout, and quite frankly, it is difficult to even imagine there was a time when he lost focus on competing. Soriano’s love for combat sports was cultivated early in his life. By the age of 15, he already knew he wanted to compete in martial arts, and was training in various disciplines. He learned aikido, kickboxing, and western boxing. But when the Filipino reached college and studied psychology, his dreams of one day competing in the cage only got stronger.

“When I watched martial arts back when I was young, I told myself that this is what I wanted to do,” he recalls, referring to his days of seeing televised shows from North American promotions. “Even as I graduated and finished school, I wanted this to be my job.”

In fact, this love was strong enough to lead him away from the life as a working professional that his father had always envisioned for his son.

“He was definitely disappointed, but when you know that your child wants what he wants, then there is nothing you can do,” Soriano says. “I just really wanted to compete. But he always supported me.” Citing boxing as his foundation, “Hitman” would go on to identify himself as a striker. As an amateur, he knocked out his first couple of opponents and rested on the strength of his kickboxing. But soon, he received a rude awakening.

“When I first started, I thought kickboxing would be enough,” he begins. “Then I faced someone who was a real grappler. He knew how to take me down and was so adept at submissions. It was there that I realized that I cannot rely on striking alone. So I started adding wrestling, then later, Brazilian jiu-jitsu.”

He would make his professional debut at a local Filipino show in July 2010, losing to Team Lakay’s Honorio Banario via submission. The Manila native bounced back the following April. He displayed some of that BJJ he was adding to his arsenal by tapping out Charles de Tomas with a Brabo Choke.

Everything seemed to be moving along for Soriano. But soon, his career, and life, came to a screeching halt. 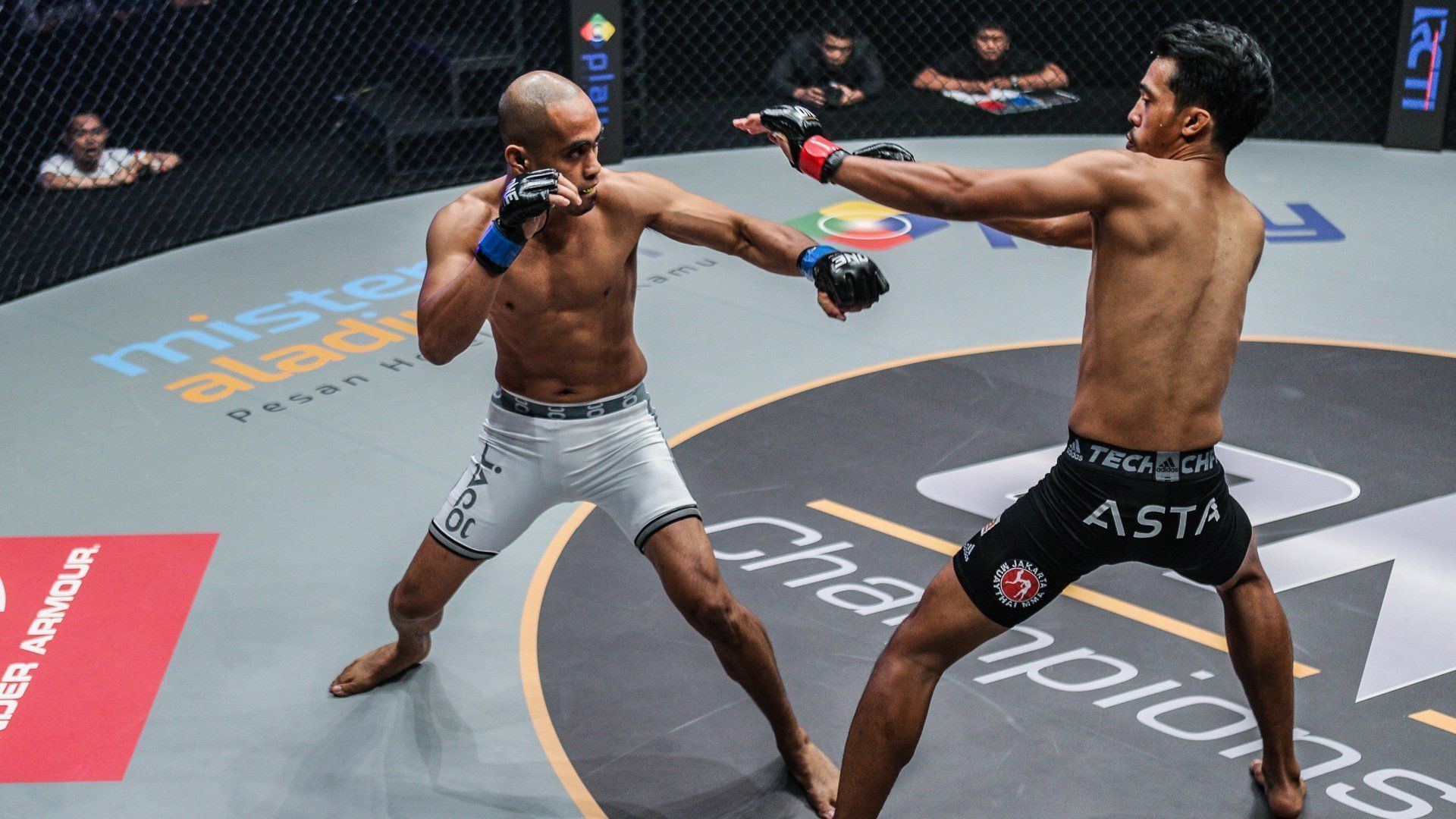 For most full-time martial artists, the drive to constantly evolve is motivated by a desire to financially provide for the family. However, that is not the case for “Hitman.”

Soriano’s family was provided for by their construction business, which still operates today. His mother handles the family affairs, which means his siblings are taken care of. Apart from owning Fitness Armory in Quezon City, the bantamweight also owns other businesses, including a popular bar in the metro.

The family’s construction business also gave Soriano a childhood that is unlike other Filipino martial artists. He did not farm or walk miles to get to school, as his father provided well for them.

“My dad was an engineer, a family guy, very responsible,” he says, as he introduces his life’s hero, Engr. Bernardo Soriano, who started their business. “Of course, he made mistakes in his life, and I looked up to him because of how he got back to his feet from those mistakes until he died.” The elder Soriano succumbed to a stroke in 2013. “It was his fifth stroke,” the bantamweight continues. “I admire his character of being a tough guy, not only in terms of his physical toughness — imagine having multiple strokes and not being paralyzed.”

Following his death, the family encountered some hardships as a result of their fallen patriarch.

In order to fund the big government projects their business won, Soriano was asked by his father to use his connections and friends to help them out. Unfortunately, the deals his dad made were not honored, which resulted in their family incurring debt from the people who put their trust in both “Hitman” and his dad.

Their huge debt lingered long after his father died. “After that happened, I went away from the martial arts scene,” Soriano, the oldest of seven children, admits. “I hid from everyone, because I did not have the courage to face them.”

Although he left the scene, Soriano still paid attention to the latest happenings in combat sports. He kept watching local and international events, and soon felt the urge to compete once again. The Manila resident submitted Ruel Rio at a local show in July 2015, and then signed with ONE Championship.

Posted by ONE Championship on Sunday, October 1, 2017

Despite losing his promotional debut to Indonesia’s Sunoto in April 2016, he created a highlight reel moment by knocking out Mario Satya Wirawan with a spinning back fist in just 15 seconds, during their clash at ONE: TITLES & TITANS later that August.

While he was back in the game he loved, he could not get his momentum going against Saiful “The Vampire” Merican in ONE: THRONE OF TIGERS earlier this February.

On Friday, 3 November, Soriano will look to restart his career as he takes on “Rock Man” Chen Lei at ONE: HERO’s DREAM.

There has been a sweeping change in the Filipino’s normal regime, however. Following his defeat to Merican, he was approached by ONE Heavyweight World Champion Brandon Vera about working together.

“Hitman” graciously accepted the invitation. Although he has spent years leading his own training camp and watching over his own team, he is now one of the first athletes of Alliance MMA in Asia under the wing of coach George Castro, who has guided talents such as Vera to world titles.

“I think this is my most complete training camp,” Soriano claims. “I think this is the first time that I have reached my peak. Even if the bout were to last for five rounds, I would not get tired.”

Although his last bout has been nine months before their impending clash, as opposed to Chen’s three-month turnaround, the Manila bantamweight believes he has stayed active himself. “My training camp is like a match everyday,” he claimed.

Soriano’s current physique is a testament to the work he has put in, and he is looking for another stoppage as he climbs the ranks in ONE Championship.

“With Brandon Vera and coach George Castro by my side, this is going to be a war. This time, I am not just going to give an exciting performance. I am going to win.”