Bibiano “The Flash” Fernandes (22-3) is one of the greatest superstars in mixed martial arts.

He has gone undefeated over the last eight years in a run that has seen him build an incredible 14-bout win streak, capture the ONE Bantamweight World Championship, and accumulate a record eight World Title defenses.

The Brazilian’s feats make him the most dominant World Champion in the organization’s history, and he can add to his legacy when he faces interim titleholder Kevin “The Silencer” Belingon (19-5) in a World Champion versus World Champion unification rematch at ONE: HEART OF THE LION.

Before the 38-year-old enters the Singapore Indoor Stadium for his co-main event bout on Friday, 9 November, he reveals his top three favorite moments in ONE Championship so far.

#1 Reaching The Top Of The Mountain

In 2013, Bibiano Fernandes​ and rugged veteran Soo Chul Kim battled to unify the ONE Bantamweight World Championship in an outstanding showcase of martial arts mastery!

Posted by ONE Championship on Wednesday, March 14, 2018

After he defeated Koetsu Okazaki to claim the ONE Interim Bantamweight World Title, he earned the right to challenge the division’s reigning king Soo Chul Kim at ONE: TOTAL DOMINATION and unify the belts.

The bout showcased Fernandes’ well-rounded skill set, as he was able to stay crafty on the feet and use his world-class grappling when he needed to en route to a unanimous decision victory.

“I remember the first time I won the belt in Singapore because I continued to grow,” Fernandes says.

“I am still the champion, but I remember back to the time that I won the belt. I’m thankful for the opportunity that I have, and I keep moving forward to be better.

“I am the champion, and now I’m going to keep evolving.”

The Brazilian’s favorite moments are not limited to his own experiences inside the cage.

One of his highlights came as a spectator when he was cageside to watch one of his idols compete.

In July at ONE: REIGN OF KINGS, living legend Renzo Gracie returned to action for the first time in eight years against Japan’s Yuki Kondo.

Fernandes sat alongside ONE Chairman and CEO Chatri Sityodtong, and ONE Heavyweight World Champion Brandon “The Truth” Vera, and watched in awe like the rest of the fans in Manila, Philippines as the legend earned a second-round rear-naked choke victory.

“It was quite the moment to watch master Renzo Gracie fight,” the bantamweight king says.

“Being able to sit with Chatri, having a conversation with him, and him showing me how humble he was all while Renzo was in the cage was a very nice moment.

“The people that I sat with were very nice that day. We watched the fights and talked about the fights. It was a very casual, very natural way for me, and seeing master Renzo Gracie fighting inside the cage blew my mind.

“When I was a small child, I always thought about Renzo Gracie, and now I saw him live. That was a dream come true.”

#3 Feeling The Love In “The Land Of Smiles”

Defeating then-two-division ONE World Champion Martin “The Situ-Asian” Nguyen at ONE: IRON WILL was one of the greatest victories of Fernandes’ career.

However, he remembers his trip to Bangkok, Thailand for more than just his success in the cage.

“The Flash” has traveled around the world to compete, and he has experienced the warmth of the people from many different countries who have embraced him — regardless if they were fans of his or not.

This was never more true in “The Land Of Smiles” ahead of his main event battle.

“My favorite place that I’ve fought was Thailand,” he explains.

“I fought Martin Nguyen in Thailand, and I had a good fight. I love Thailand – the people, the crowd, the weather, and the food, and that’s a big thing there.

“I had a very good experience leading up to that fight as well in Thailand. I was walking down the street and I wanted to eat something, so I ate some spicy rice chicken.

“In the beginning, I had the hiccups because the food was so spicy, so a lady came up to give me some water. I went to give her money to say thank you, and she said, ‘No, no! No money, give me a hug.’ That was one of my best moments in Thailand.

“That made me look back on it and made me feel very humble.” 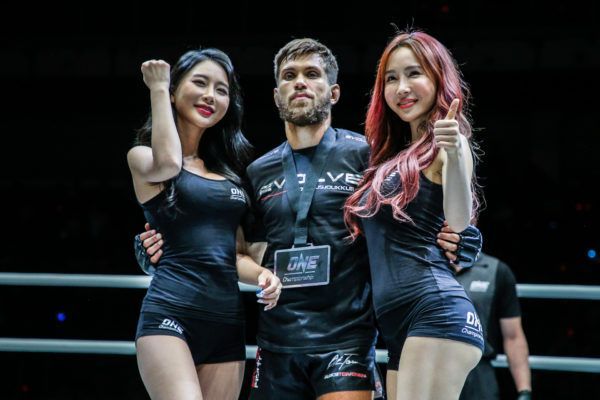 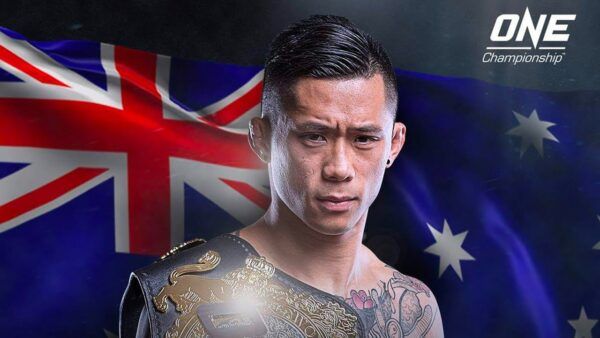