ONE Bantamweight World Champion Bibiano “The Flash” Fernandes loves a challenge. Actually, he craves it.

The Brazilian (20-3) has been tested his entire life, from the days his father forced the 7-year-old Fernandes and his siblings to live in the Amazonian Jungle, all the way to the present, where he is stating his case as the greatest bantamweight competitor of all-time.

For the 37-year-old, these tests have only made him a better person and a more complete martial artist.

“I like it when people challenge me,” he begins. “I have a warrior inside of me, so please awake him. I have no problem fighting. It does not matter who you are. Come, bring it, and show me what you have.” 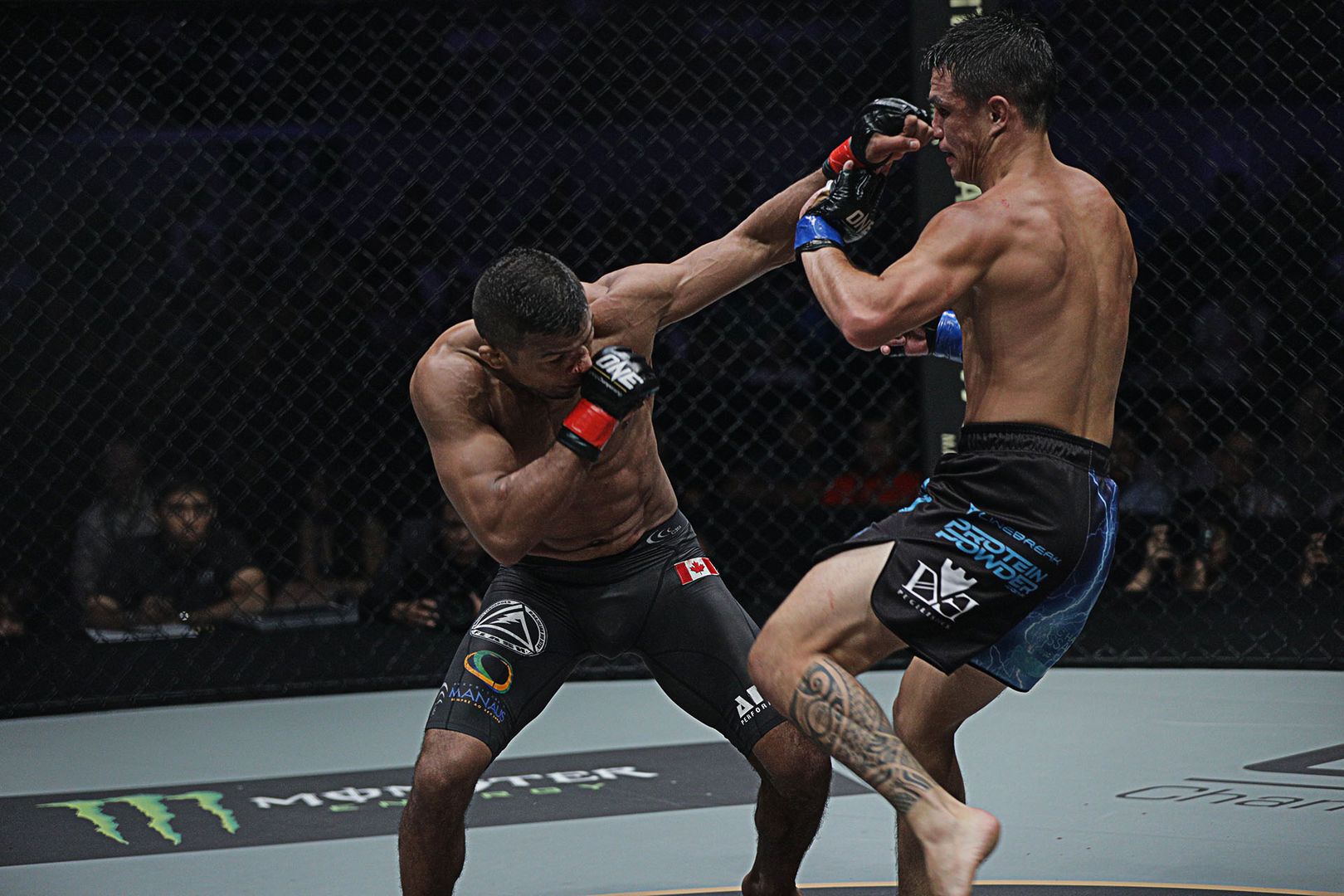 The last time someone woke up his warrior spirit was this past December, when he defended his bantamweight crown against Australia’s Reece “Lightning” McLaren. The bout took place as the co-main event of ONE: AGE OF DOMINATION.

Fernandes controlled the opening two stanzas with heavy rights, massive leg kicks, and a couple of takedowns. But in the third round, McLaren aggressively pursued “The Flash”, and broke his nose with one of his wild left hooks. “The Flash” would recover in the fourth frame and use his striking to maintain his distance, and then both athletes went all out in the final round.

Although the Brazilian retained his title via split decision, he believes the result was not as close as the judges’ scorecards have indicated.

“When I look back at the fight, he cracked my nose, yes. But did he win that fight? No,” says Fernandes. “Maybe he won that round, but a split decision for a broken nose? No. I am sorry. He broke my nose, but what else did he do in the fight? He ran the whole fight. He stuck out his tongue a lot, but that does not win you a fight.” 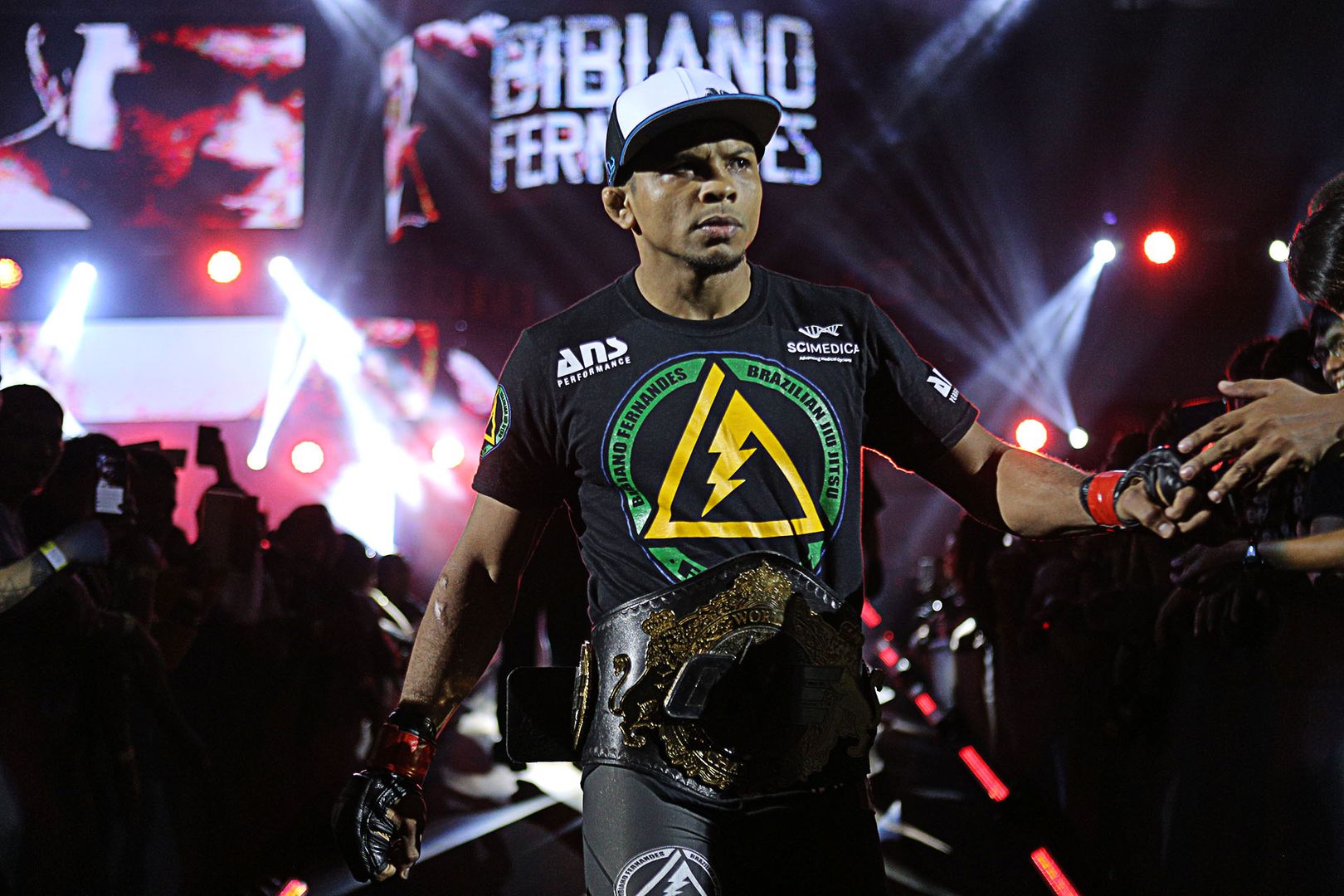 At ONE: KINGS & CONQUERORS on Saturday, 5 August, “The Flash” will get his warrior spirit awoken once more when he makes his seventh title defense against a very game opponent in Andrew Leone (8-2).

Fernandes is very aware of his opponent’s talent. “He has very good at jiu-jitsu, he is pretty good at wrestling, and he comes in swinging and punching. He is pretty good, he is young and he wants it. It is a fight. I have to perform on Fight Night.”

While many elite martial artists tend to go into their bouts with fixed strategies and game plans, Fernandes does not. He prefers to adapt and adjust as the bout progresses, as he feels it is the only way he can let his full potential unfold without feeling constrained. 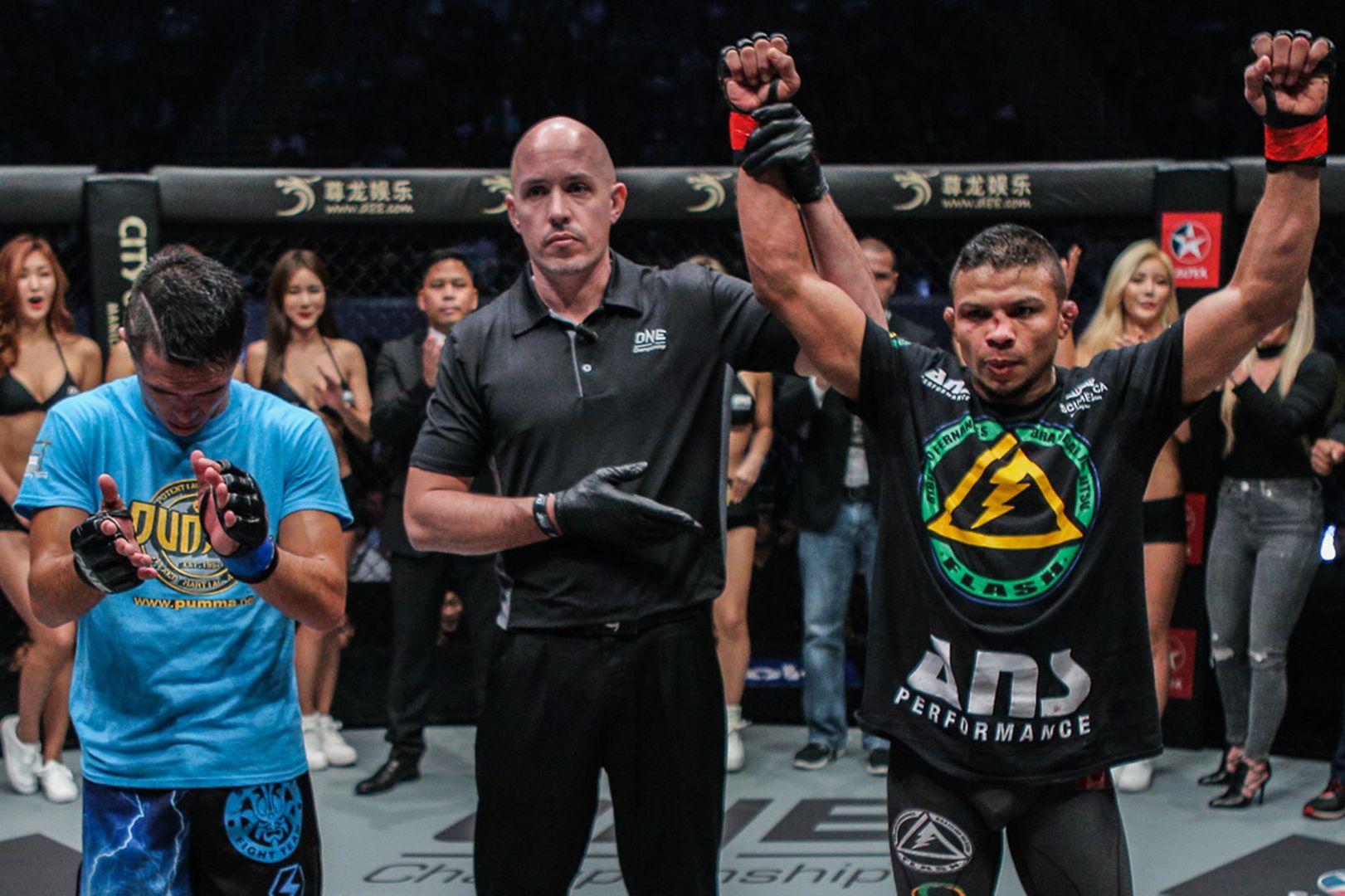 It is something he learned to do more and more over his 21-year career, and has proven to work for the 20-3 Fernandes so far. The Brazilian is a five-time BJJ world champion, two-division DREAM champion, and the ONE Bantamweight World Champion. What’s more, he is unbeaten since December 2010, and is currently riding a 12-fight win streak.

Against Leone, “The Flash” will wait to see if his inner warrior is brought out inside the cage.

“I need to see what kind of things he brings out in me. Let’s see what kind of style he has. For me, I like to adjust in the fight,” the Brazilian explains. “If he comes in wild, maybe I will finish him with a submission. But if he is constantly moving backwards, which is boring for the fans but good for him, then who knows? Today, people like playing for points a lot. For me, I like to fight.”

Fernandes also likes a challenge, and he hopes Leone awakens that warrior spirit during their title match. If that happens, he may unleash the best version of himself yet.