Eric Kelly (12-3), once a ONE Featherweight World Title contender, has an opportunity to reverse his luck.

On Saturday, 5 August, the 35-year-old Filipino will attempt to snap his two-fight skid, when he faces former ONE Lightweight World Champion Kotetsu “No Face” Boku (25-11-2) in a featherweight bout at ONE: KINGS & CONQUERORS.

The event will be held at the Cotai Arena in Macao, and Kelly realizes this could be the perfect new beginning to a title campaign.

“I know that this is my chance to get back on track,” the Manila-based athlete says. “Of course, my dream is to win a world championship in ONE, but I know that it will not be easy, especially if I do not win my next fight.” 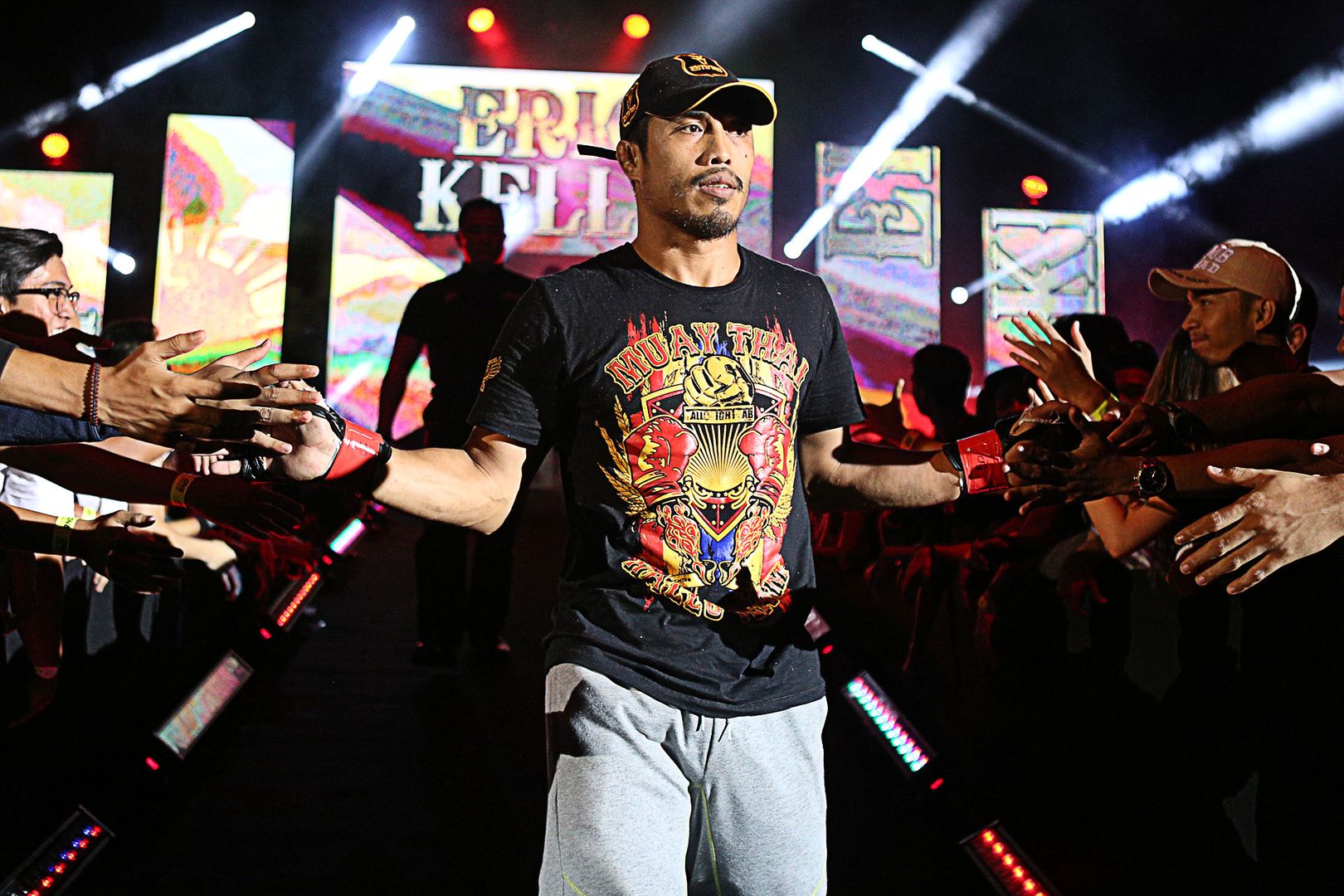 After prevailing in his first nine matches in impressive fashion, the former Philippines’ wushu national team member met Honorio “The Rock” Banario for the inaugural ONE Featherweight World Championship in February 2013. An eye injury in the fourth round led to him respectfully bowing out, and caused the belt to slip from his hands.

Though he stood victorious in his next three bouts, his title hopes were once again dashed when Ev Ting submitted him via guillotine choke at ONE: CLASH OF HEROES in January 2016. Later that July former titleholder Narantungalag Jadambaa knocked him out in 44 seconds to hand him another devastating setback.

Kelly felt like his losses to Ting and Jadambaa were God’s way of reminding him that he was not invincible. 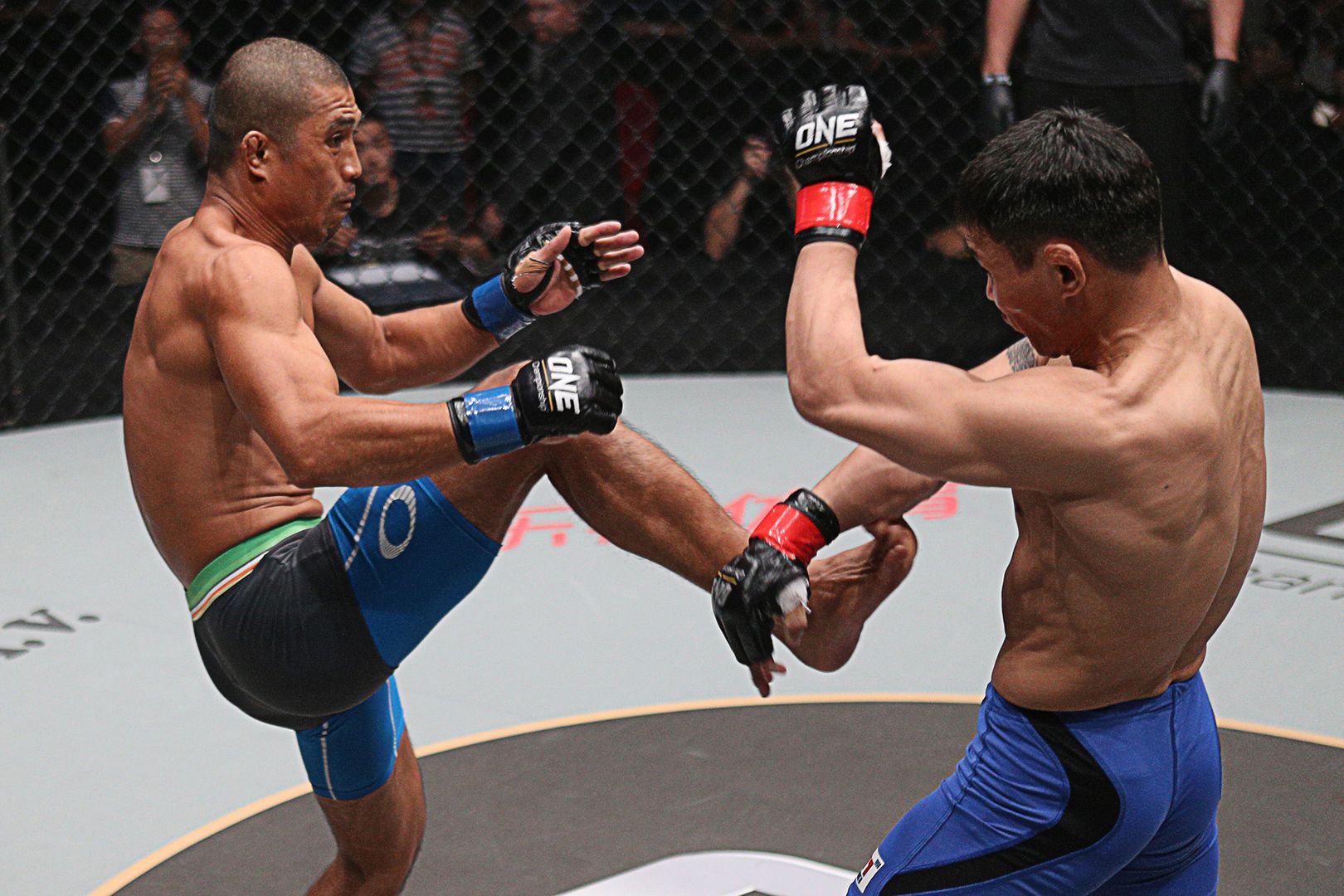 “I really believe in Karma,” the humbled Filipino explains. “I know that I lost focus in my career. I let my short term success get to my head, I fought for the wrong reasons, and I even went back to my old vices. I think Karma caught up with me, and handed me those losses.”

Taking his setbacks as lessons learned, Kelly is a man on a mission. He is training in Manila with his own team of people, including benefactor Chef Ro, and taking care of his body. In fact, he has remained in shape for months, in anticipation of his next call-up. That came in June, and he immediately amped up his training to get in full fighting shape.

Kelly is so determined, he’s prepared to do whatever it takes. “Even if I cannot work out and I get stuck in a place with no equipment, I can improvise and create my own workout session,” he says.

The competitor dubbed “The Natural” claims that he even designs his own training plan, and tries to arrange sparring and training sessions with several gyms whenever he has the opportunity. 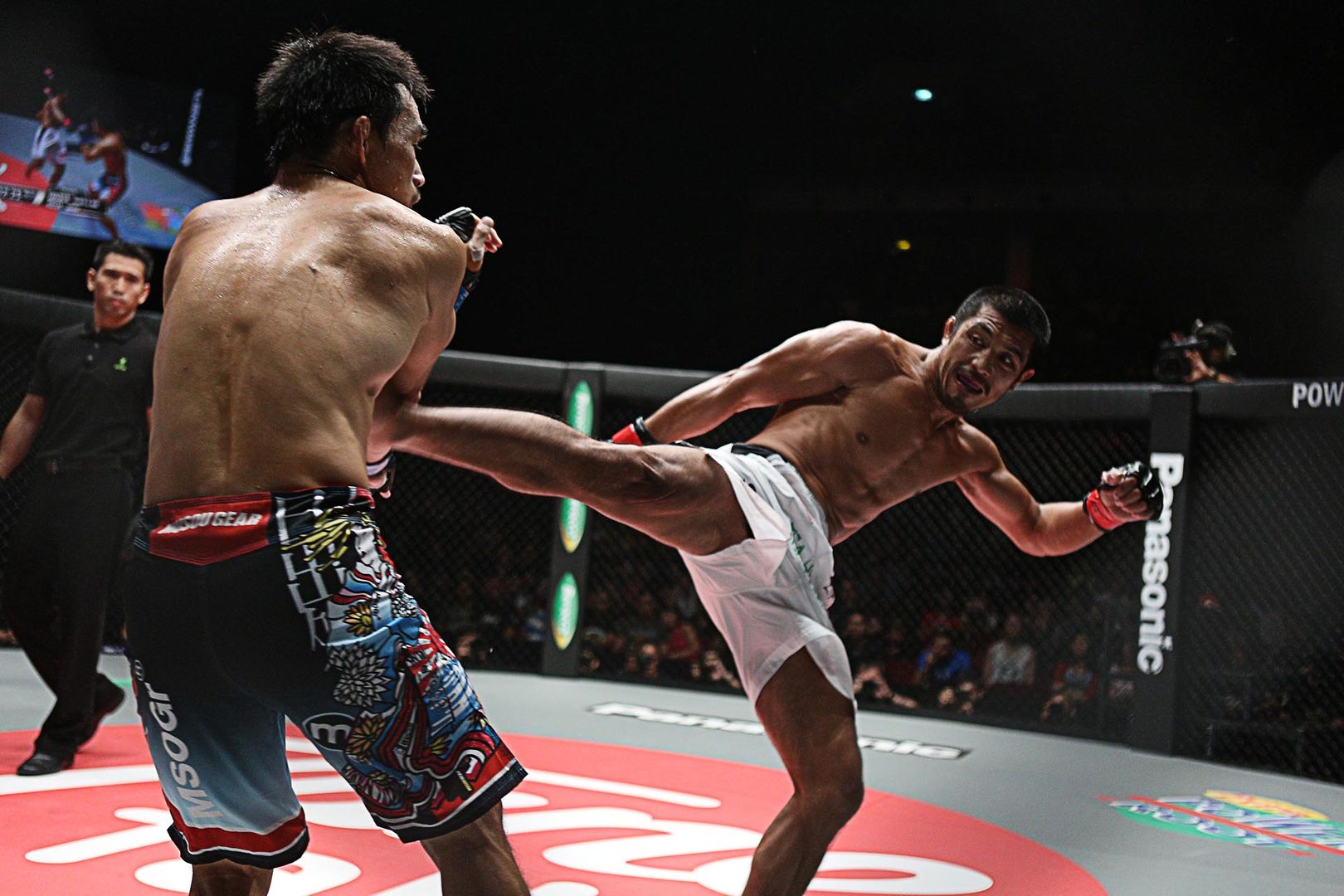 “I am thankful and blessed that gyms here in Manila, and in Baguio, welcome me with open arms,” said the FIlipino. He will need all that training if he wants to defeat Boku, who is also aiming for a title shot in his quest to conquer a second weight class.

Japan’s Boku made his promotional debut at ONE: RISE OF KINGS in October 2012, where he knocked out Zorobabel Moreira to capture the inaugural ONE Lightweight World Championship. However, he lost the belt in his first title defense to Shinya Aoki six months later, and after mixed results in the lightweight division, he also felt the need to turn things around.

After moving down to featherweight and sharpening his techniques at the Krazy Bee gym, the 40-year-old is reenergized. He has won four of his last five matches, and seems livelier than ever. 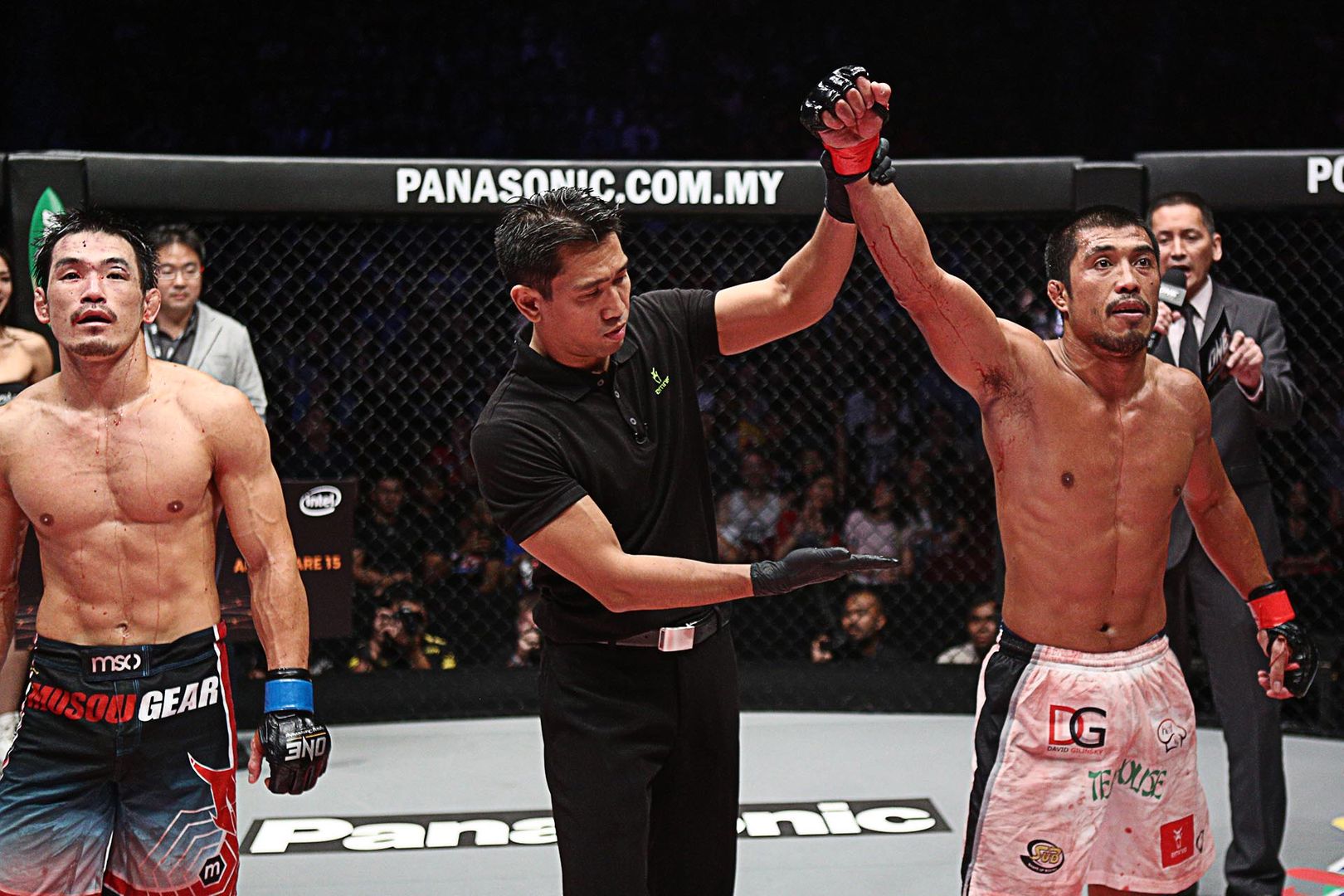 Though both competitors are hungry to move forward in their careers, Kelly is just thankful to finally compete once again. “Of course a victory is the best reward,” he begins. “But as a fighter, I think all our hard work in training will pay off when we actually get to fight in the cage.”

The road back to the championship will be long, but Kelly is determined to take the first step towards it with a win in Macao.