ONE Middleweight World Champion Aung La “The Burmese Python” N Sang (20-10, 1 NC) will be defending his coveted title sometime next year, but first, he will participate in a super bout of epic proportions.

On Friday, 3 November, the 32-year-old is scheduled to meet Muay Thai and kickboxing heavyweight world champion Alain “The Panther” Ngalani at ONE: HERO’S DREAM, which broadcasts from the Thuwunna Indoor Stadium in his hometown of Yangon, Myanmar.

Aung La N Sang’s original intention was to make his first title defense since winning the middleweight belt three months ago. However, when he was approached about competing in the rare Open Weight Super Bout, he jumped at the opportunity.

“I like it. It is something different, and something that has not happened in martial arts that much, so it is going to be awesome,” he says. “It is going to bring a lot of interest to ONE Championship and for the two athletes competing in the match, so it is a win-win situation.”

The last time “The Burmese Python” appeared inside the cage was last June in Yangon, when he challenged then-undefeated middleweight titleholder Vitaly Bigdash of Russia at ONE: LIGHT OF A NATION. It was a title rematch from their championship tilt five months earlier, where the Rostov-on-Don, Russia native stunned the Myanmar hero with a head kick and cruised his way to a unanimous decision title defense.

In a reversal of fortunes, it was Aung La N Sang who would land a devastating head kick in the opening stanza of their rematch. The powerful strike hurt Bigdash, and “The Burmese Python” nearly earned the TKO with an onslaught of strikes. But the durable Russian survived, and opted to slow the pace down in the following rounds, as he grounded the local favorite with takedowns and calculated submission attempts.

Skilfully, “The Burmese Python” stayed active from the bottom position, and nullified his opponent’s attack. What’s more, whenever the action returned to the feet, he pressured the defending champion with blistering combinations and raw strength.

He couldn’t have done it without his people.Yangon | 3 November | TV: Check local listings for global broadcast | PPV: Official Livestream at oneppv.com

Posted by ONE Championship on Wednesday, September 20, 2017

After five rounds of action, Aung La N Sang realized his dream. He earned a unanimous decision victory, was awarded the ONE Middleweight World Championship, and became the first Myanmar athlete to win a world championship in any sport.

“It felt unreal,” he begins. “This is something I have been working for my whole life, and it came true right in front of my hometown fans. I was amazed and happy, and I felt very blessed.”

Aung La N Sang took a well-deserved break in the months to follow. He went on vacation with his family to see the Grand Canyon, coached his team at Crazy 88 Mixed Martial Arts to success, and relocated his gym to an even bigger facility in Owings Mills, Maryland. He has also been working on his grappling, and sealing whatever holes are left in his overall game.

Now he is preparing for the biggest challenge of his career, both figuratively and literally.

Posted by ONE Championship on Thursday, September 21, 2017

“The Burmese Python” draws a tough challenge in Ngalani, a Hong-Kong based Cameroonian heavyweight knockout artist. The 42-year-old is a muscular mammoth at 120 kilograms, lives up to his nickname of “The Panther” with his explosive speed, and is one of the most decorated strikers in ONE.

Ngalani, who owns and operates Impakt MMA, has captured 16 major championships in his martial arts career. He is a seven-time Muay Thai and Kickboxing Heavyweight Champion, a black belt in Shotokan and Kyokushin karate, and a second-degree black belt in Koshiki karatedo.

Most recently, he displayed those elite striking skills at ONE: TOTAL VICTORY earlier this month, and made history. He defeated former ONE Heavyweight World Title challenger Hideki “Shrek” Sekine with a perfectly-timed punch in 11 seconds, which set a new record for the fastest knockout in the heavyweight division. 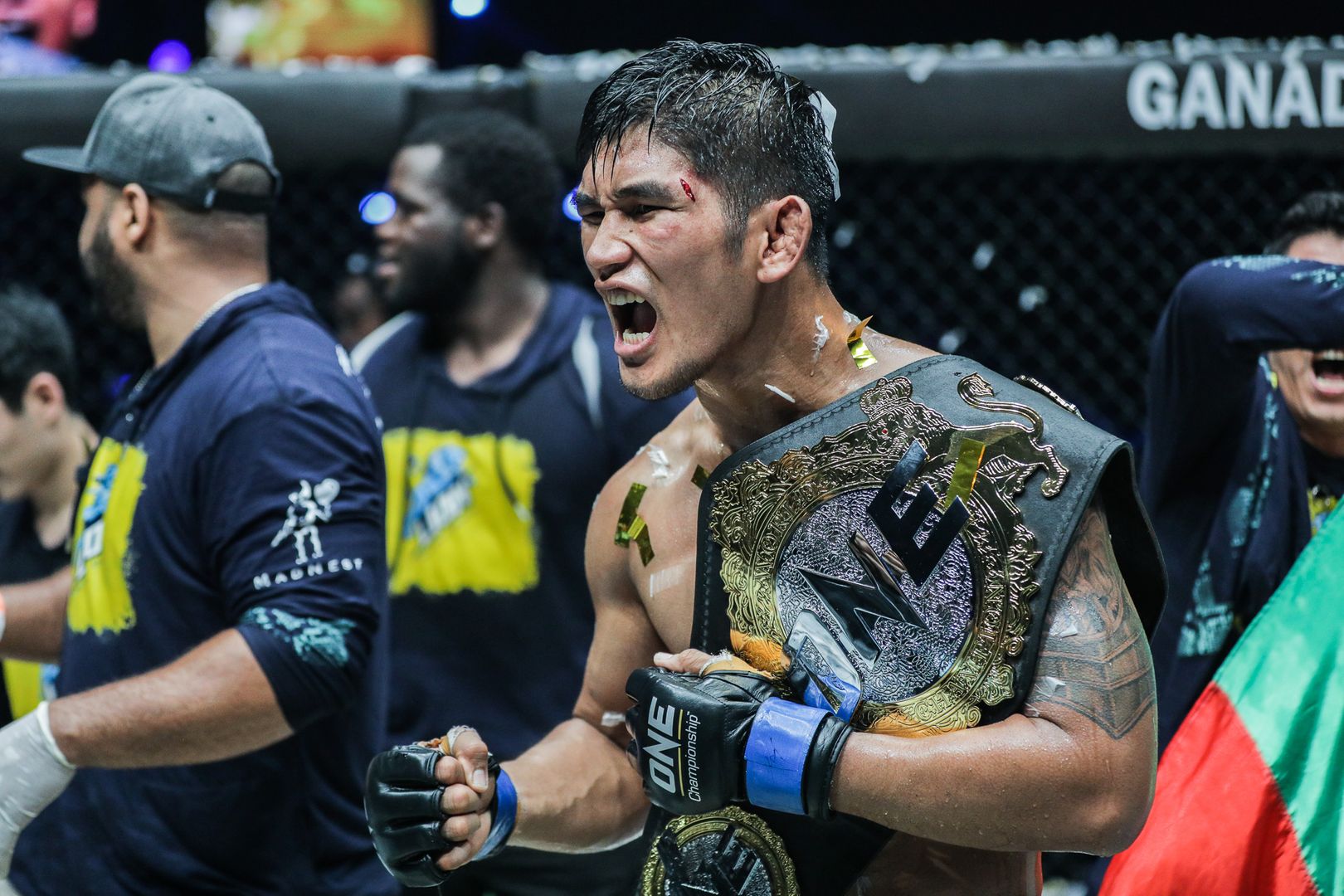 Even with the impressive martial arts resume, Aung La N Sang is not concerned about being knocked out by his larger and stronger opponent. In fact, he is extremely confident about his chances. After all, heavyweights are aplenty where he resides, and he has been training with them to prepare for Ngalani’s size.

“I am going to get hell for the first five minutes,” the middleweight champ admits. “Then he is going to deflate, and I am going to beat him. I am going to win by TKO, either on the feet or on the ground.”

Beyond the confidence that oozes from “The Burmese Python,” he is motivated to make a statement: one that is not only directed to the future contenders in the middleweight division, but to every competitor in the promotion.

“By defeating Ngalani, it shows I will take on anybody, and I have the ability to overcome people that are built differently. In martial arts, you have to treat every martial artist differently,” he explains. “You cannot battle anyone the same way, and that is the beauty of martial arts. There are so many ways to compete and so many ways to an end, so a win would just show people I have more tools when I defeat him.”