Alain “The Panther” Ngalani made history at ONE: TOTAL VICTORY on Saturday, 16 September.

In front of a packed crowd at the Jakarta Convention Center, he recorded the fastest knockout ever in ONE Championship’s heavyweight division, as he flattened former world title challenger Hideki “Shrek” Sekine in a record-setting 11 seconds.

After referee Yuji Shimada laid down the rules of the contest and both men touched gloves, the bell rang and Sekine immediately rushed Ngalani in an attempt to close quarters and utilize his black belt BJJ and judo.

Ngalani quickly backpedaled, as the seven-time BJJ champion Sekine tried to drop levels to get to the elite striker’s legs. This backfired in spectacular fashion. 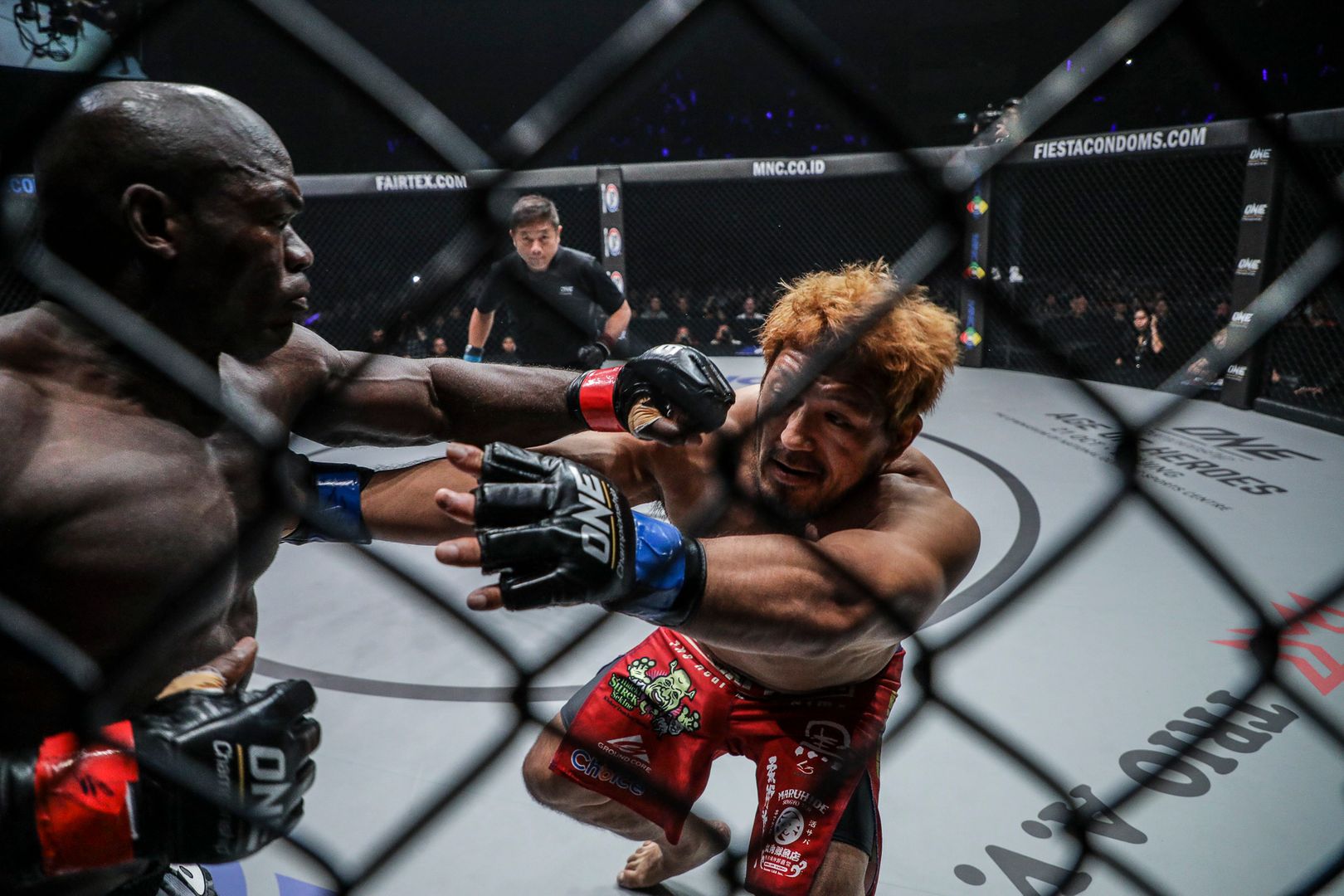 “Shrek” wanted to get to Ngalani so badly, he overextended himself and went off balance. Before anyone knew what was happening, the chiseled Hong Kong native landed a devastating right hand flush on Sekine’s jaw.

A follow-up ground strike landed for good measure, and Shimada immediately waved off the contest.

With the 11-second knockout, Ngalani improves to 4-3 (1 NC), and suddenly emerges as a potential opponent for ONE Heavyweight World Champion Brandon “The Truth” Vera. A loss causes Sekine to fall to 7-2, and he is now on a two-bout skid.