Amir Khan already holds the record for the most knockouts in ONE Championship history.

Now, the Evolve MMA standout says one more finish should be enough to propel him to a shot at the ONE Lightweight World Championship, currently held by Martin “The Situ-Asian” Nguyen.

On Friday, 24 November, Khan (8-2) will have a chance to do so when he meets Australia’s Adrian “The Hunter” Pang (22-10-2) in the co-main event of ONE: IMMORTAL PURSUIT, live from the Singapore Indoor Stadium, and he cannot wait to put on the gloves and thrill his hometown fans once again.

Out of eight wins under the ONE banner, the Singaporean striker has seven KO/TKO finishes in all, and has stopped each of his last five opponents. But the 23-year-old says his finishing record does not mean he is the biggest puncher in the organization. He believes it is more a reflection of his mindset and desire to finish his bouts.

“I do not think it is my power difference compared to any other athlete. I just think it is just my mentality,” he opines. “My main goal is to just knock people out. I do not like to let it go to the judges because you never know [the result].”

Indeed, he felt he was the winner when his bout with Shannon Wiratchai in May 2015 went to the scorecards, but a split decision verdict went the Thai’s way. The loss left Khan frustrated, and determined to never leave fate out of his own hands again. 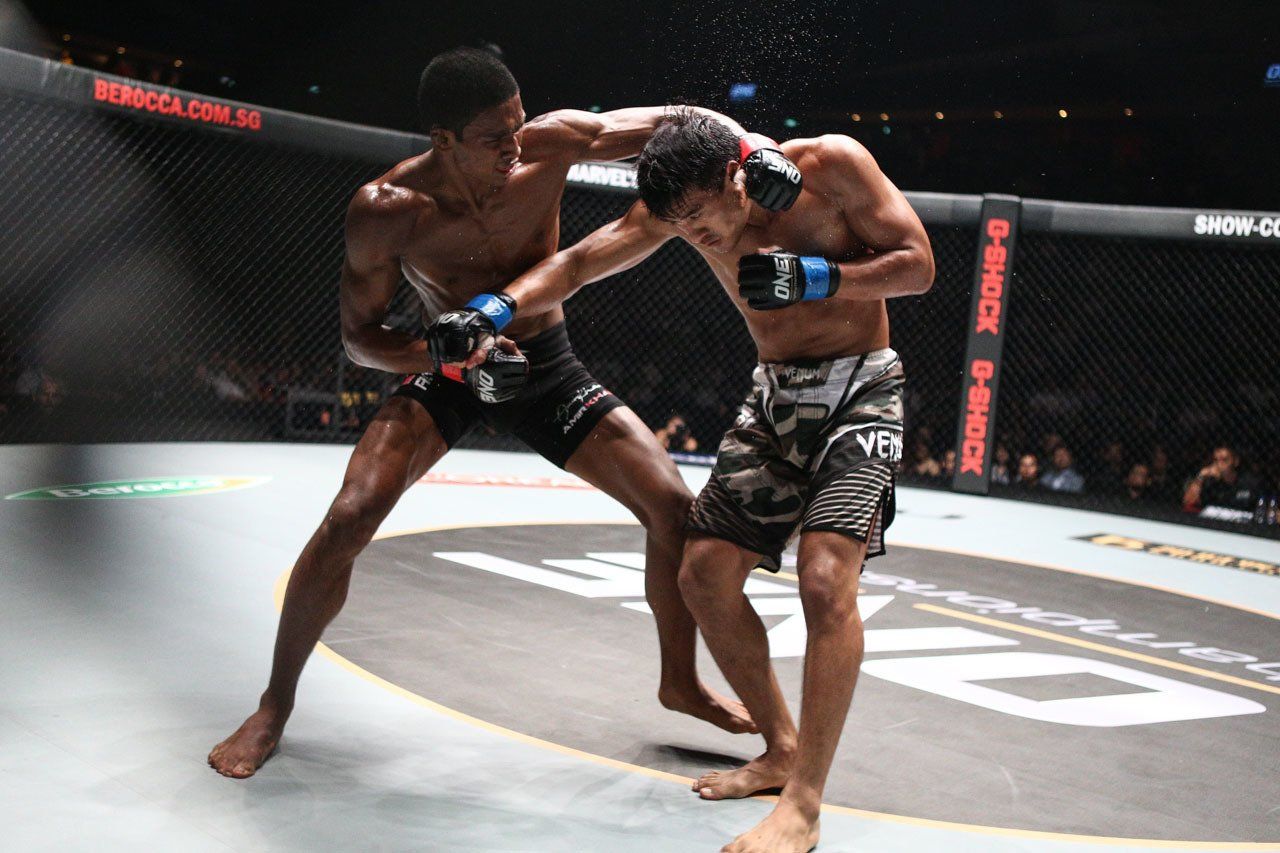 “The Shannon match was really close — a split decision — so I was not really happy with it,” he says. “So just the mindset I have now is whenever I go out there, I am looking to finish, whether it is the first, second, or third round.”

That exciting style has seen Khan propelled into the spotlight as one of ONE’s brightest shining stars, capturing the attention of fans, the media, and other athletes alike.

Despite all the attention, he is taking it all in his stride. He does, however, think the expectations are only fair, given his achievements thus far in his young career. The lightweight believes he is just one win, and one finish, away from a shot at the world title.

“I feel I am ready to be a world champion any time soon. I believe once I put away Adrian Pang, I will be ready for the world championship,” he states. “Adrian Pang is one of the top guys right now, so a title shot makes sense if I beat him.” 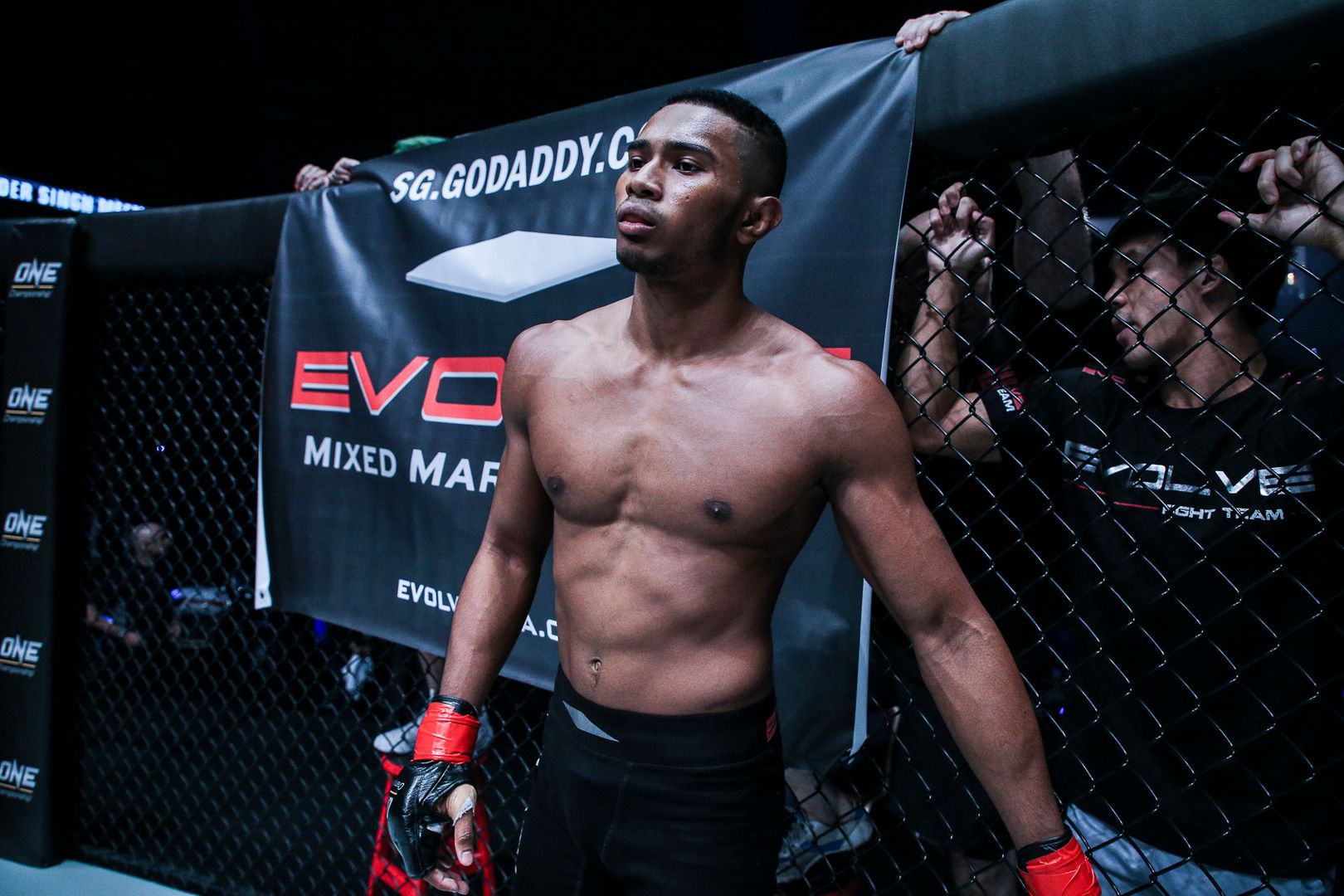 Khan is working diligently at Evolve MMA, and is getting valuable training time in with the gym’s many Muay Thai and BJJ World Champions. They will prepare him for his co-main event tilt, as they have for most of his professional career.

Also, the Evolve Fight Team will be out in full force, as Ben Askren defends the ONE Welterweight World Championship for the final time in his retirement match against teammate and ex-lightweight titleholder Shinya Aoki. In addition to that, BJJ world champion Leandro Issa meets South Korea’s Dae Hwan Kim.

Being surrounded by such esteemed warriors, Khan is looking to eventually add to the gym’s list of world champion martial artists. To achieve that aim, he first has to deal with Pang, a veteran of 34 contests who is known for his all-action style and iron chin. 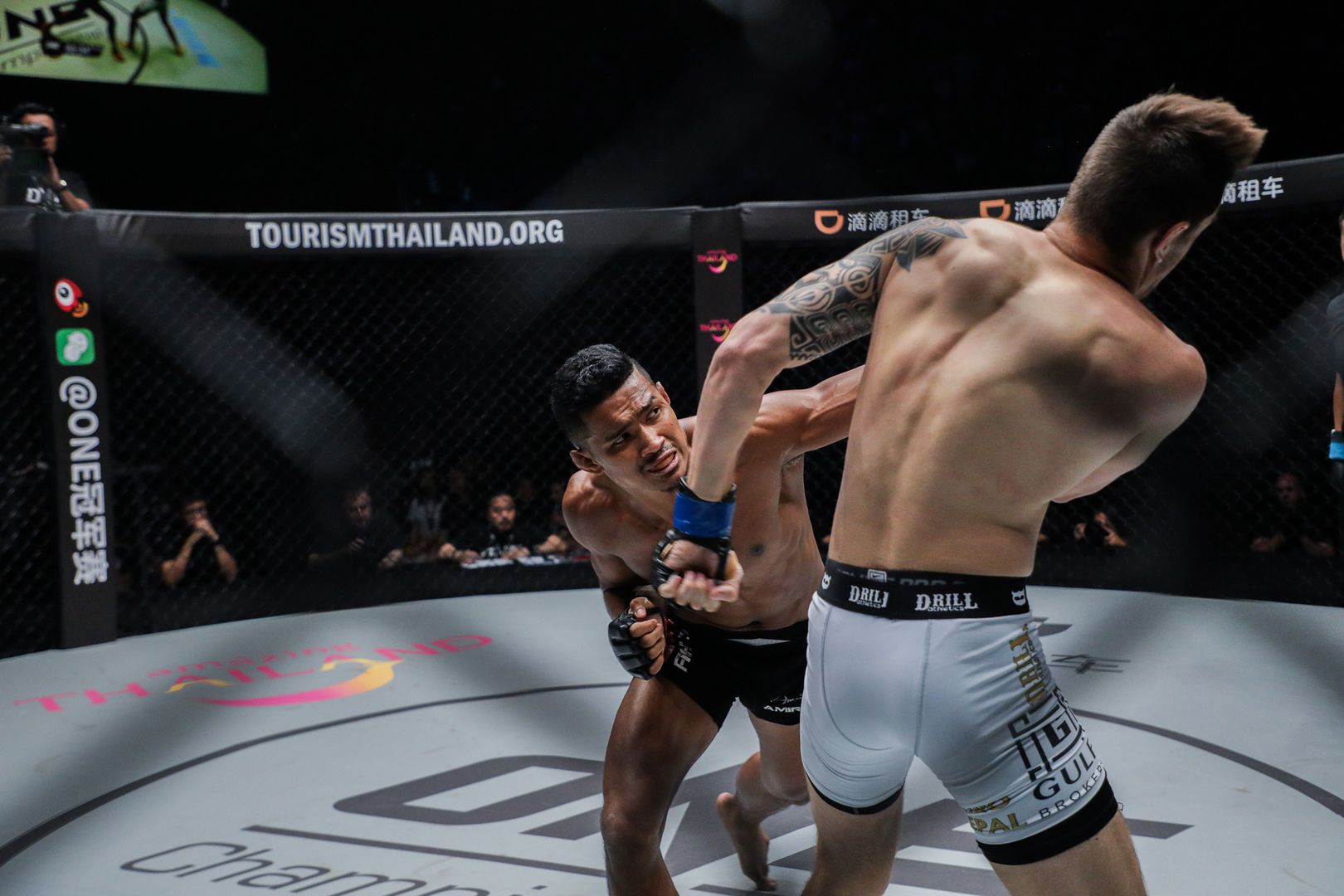 Khan says he has the skills to deal with “The Hunter,” but he will have to put in the legwork early on. Then, he will be ready to apply the finishing touches, claim the eighth knockout of his career, and stake his claim for a world title shot.

“He is very experienced. He has got quadruple the amount of experience that I have. He has been around for a long time,” the Singaporean explains. “He is just really tough and durable. I’ve just got to take my time and not fall into his game plan. Right when the bell starts, he likes to march forward and bring the action to people.

“I will just keep my range, dance around him a little bit, and wear him out. He is going to be swinging for the fences, from what I visualize. I’ll make him ticked off a bit, and then take him out in the second round.”