When Alain “The Panther” Ngalani moved to Hong Kong in 2001, things were very different. The health and fitness industry was almost non-existent, but this meant there was a blank slate upon which he could begin.

Born in Cameroon, he relocated to Hong Kong via the Ivory Coast. It was worlds away from what he knew both culturally and economically, but the multi-faceted martial artist knew there was scope for him to carve out his place, while also being one of the pioneers of the region.

Posted by ONE Championship on Tuesday, October 17, 2017

“If you want to do something, Hong Kong is the best place to try to do it, because if you are good at it, then it will work for sure,” the lifelong martial artist explains.

“When we came, people were not used to exercising. It was not the trend yet,” he continues, reflecting back on his initial plans to open up his original Impakt MMA facility. “That has changed, and it is good for us. We are doing our bit to make Hong Kong a better place.”

In a bustling metropolitan city where people are driven by work, Impakt MMA has been helping to turn around the lives of people who are bullied, stressed, lonely, lacking in confidence, or in need of some guidance.

Wanting To Make An ‘Impakt’

It was never just about being a commercially successful business.

Of course, to operate, the sums have to add up, but that was never the main motivator behind the creation of Impakt MMA. Ngalani’s dream was to have an “impakt” on people’s lives, and use martial arts as a vehicle to improve every aspect of their being.

“Helping people, getting people fitter, creating an environment and a community, being a role model, these are all things I am seeking to do,” he offers. “I always wanted to be involved in the community and do something positive.”

In a time when aggressive marketing and exaggerated tales of ‘being the best’ are being pitched at people in their day-to-day lives, it is almost rare for a brand with such great success to succeed purely on the values they pride themselves on.

Posted by ONE Championship on Saturday, October 14, 2017

In fact, Ngalani does not talk about money, championship belts, or the number of members on the gym’s mats. It is precisely because he does not want people to be a number. He wants them to be valued individuals that are part of a family, appreciated, and not merely paying customers.

What’s more, he also speaks passionately about the young people he has helped with issues in their home or personal lives, who may be moving in the wrong circles or getting caught up with substance abuse.

“I have managed to get kids off drugs and alcohol successfully, so I am very pleased,” he beams, clearly proud of his students. “I did not want it to just be a business; I wanted it to be a place where people feel at home, identify themselves, and just feel comfortable hanging out there.”

Ngalani did not need to spend money on advertising, when the best form of promotion came purely through word of mouth.

“That is our success right there,” he reveals. “When people are happy and satisfied, they cannot stop themselves talking about it and telling people. We let people speak about us and their positive experiences. It is the best advertising we will ever have.”

After being frontrunners in Hong Kong since opening their doors almost 14 years ago, Ngalani and his team decided to spread their wings, in the hope of taking their positive message to other communities. Having set up gyms in South Africa and Singapore, the Impakt MMA brand has been turned into a successful franchise. 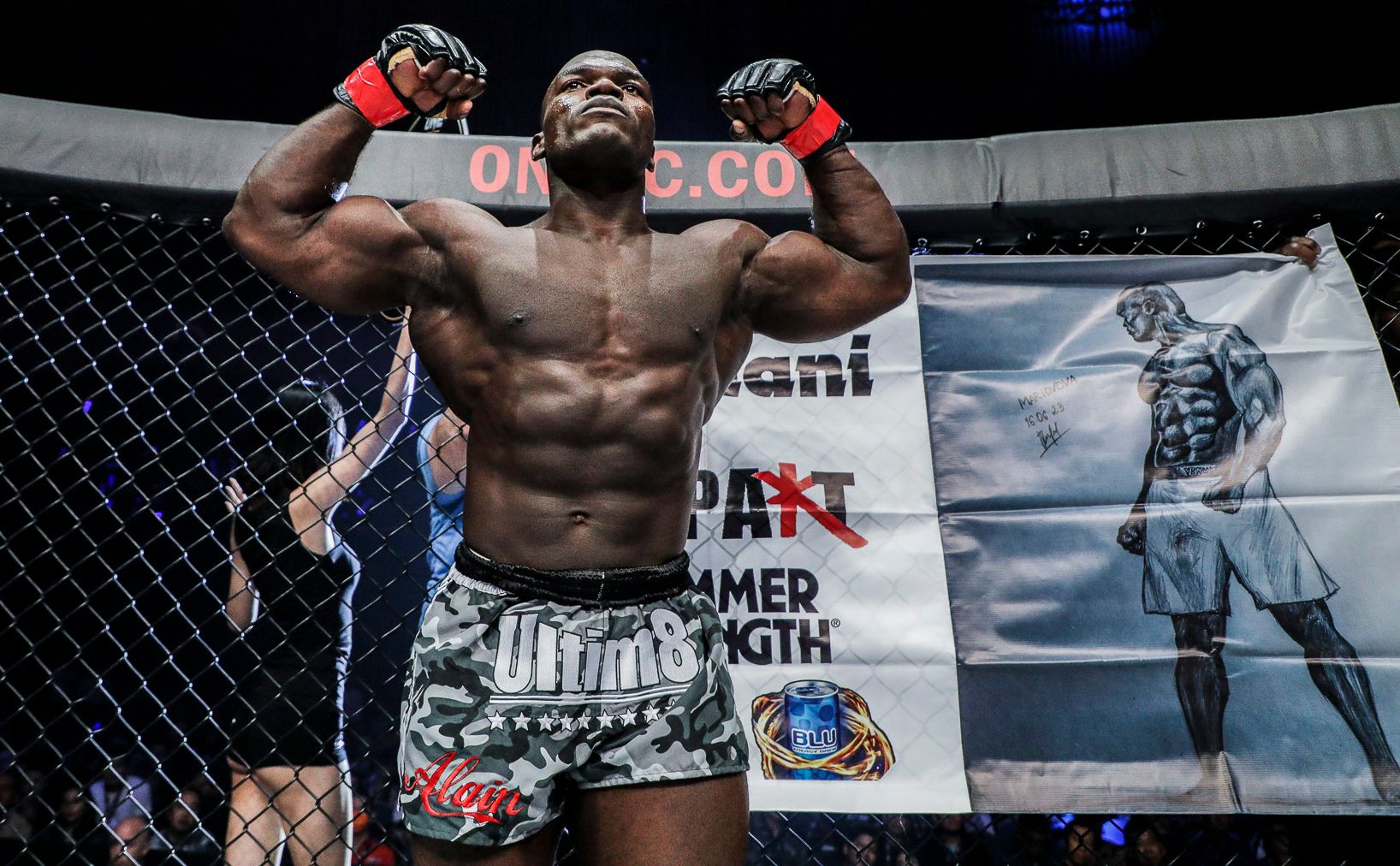 “I love South Africa, it is like a second home to me,” the four-time Muay Thai and kickboxing world champion explains. “We wanted to expand around Asia too, so Singapore was a good idea.”

Also, instead of watering down the product and trying to spread himself too thin in his martial arts pursuits, having his name and reputation on those three gyms is enough to keep him satisfied. When considering how personal he wants to make the experience for each person, it is easy to understand his reasoning.

“For now, I am content with what I have, and my brother and I are doing a pretty good job at running the gyms. I am happy to make the most of what we have. We do not want it to grow faster than we can handle. I will do whatever I can to promote those gyms and make them more successful, and by more successful I mean making an impact on people’s lives.”

More Than A Coach

Karate kids at Impakt"If you don't want to be a ninja, don't break your kids dream."

The enthusiasm is clear, the motivation is precise, and the success comes when an individual’s heart and soul is invested into the goal. Impakt MMA has grown because of a drive inside of the elite heavyweight to spread happiness, love, and respect.

Ngalani sounds like a proud parent when he talks of the students he has helped with their self-esteem, who go on to become confident young men and women and have success in life.

“That is better than winning a championship belt,” he summarizes. “I am very proud.”

That is not to say he does not want another championship belt. In fact, his ultimate goal is to become the ONE Heavyweight World Champion.

“The Panther” may have his eye on the richest prize in martial arts, but before he can look any further down the road, he first must square off against ONE Middleweight World Champion Aung La N Sang in an Open Weight Super Bout on 3 November at ONE: HERO’S DREAM in Yangon, Myanmar.

When he steps inside the cage, he will be looking to make an impact, just like he has in the many lives of those who train at Impakt MMA.