Ahmed “The Wolverine” Mujtaba may have defeated “The Underdog” Li Kai Wen at ONE: IMMORTAL PURSUIT last November, but it certainly was not in the fashion he had hoped for.

The 9-1 Pakistani, who spent his training camp in Brazil at Renato Velame’s Fight House, wanted to show off his startling improvements, but did not have the opportunity to do so.

Nearly 35 seconds into the featherweight tilt, Mujtaba shot for a takedown. The Chinese striker initially defended it, but “The Wolverine” held on to a single leg. That is when Li proceed to punch his way out of it. Some of those punches unintentionally connected to the back of the head, which is illegal, and brought the match to a grinding halt.

“I saw it all till the last barrage of shots. That is when my lights shut down,” the 25-year-old Islamabad, Pakistan native recollects. “I was lost, and a little furious, to be honest.” 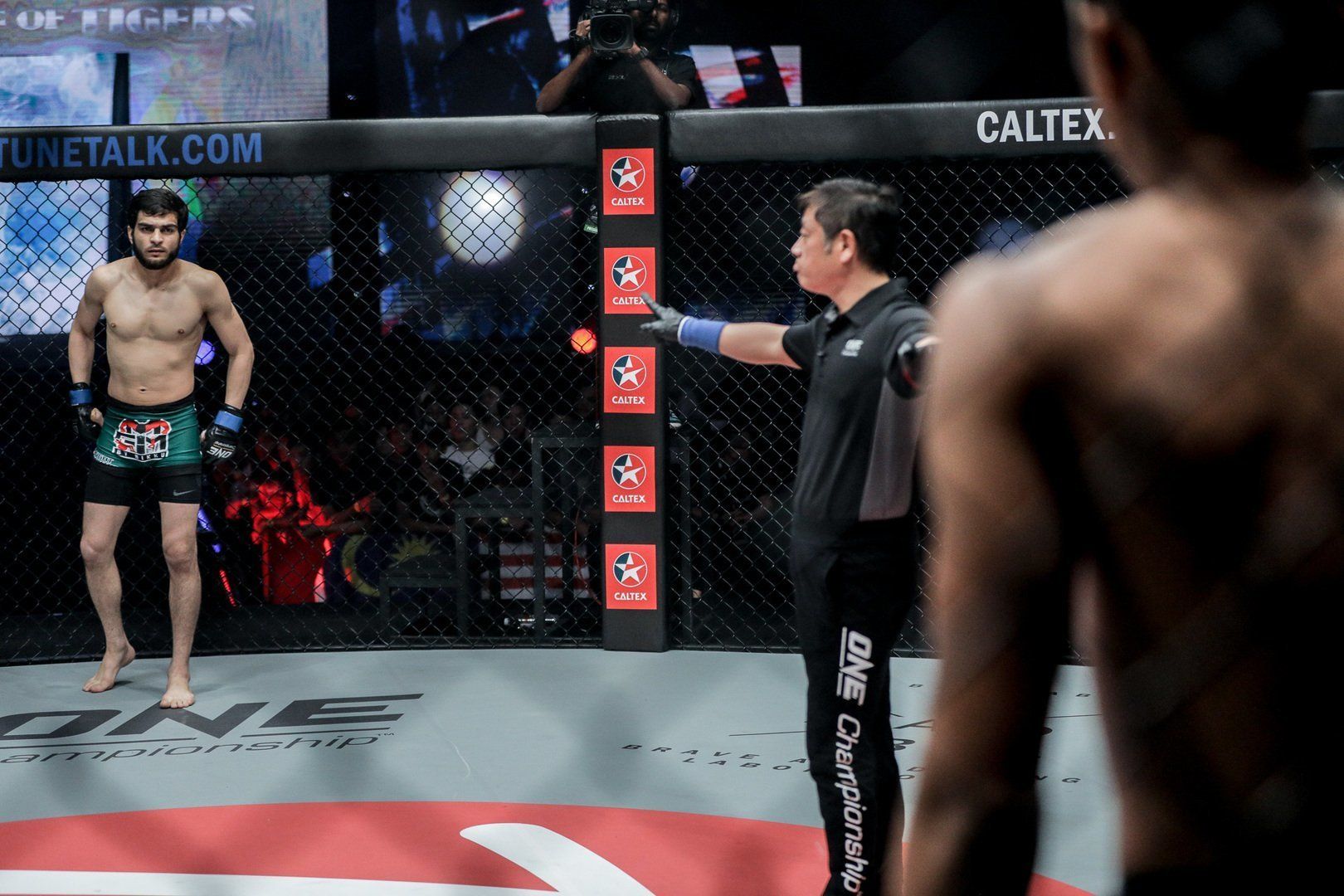 Referee Olivier Coste was forced to give Li a red card, which disqualified him from the contest, and gave Mujtaba the victory.

Despite the unfortunate incident, it has become quite clear that time heals all wounds. Mujtaba harbors no ill will towards “The Underdog,” nor does he hold any bitterness. In fact, his reaction speaks volumes about his approach to martial arts, both as a lifestyle and a vocation.

“Things like this happen. I forgive, and I forget,” he continues. “I am moving on. We are both talents in the division, and our countries are friends.”

Mujtaba is not someone who looks behind. For him, it is all about forward progress, as he aspires to perfect his craft, claim the ONE Featherweight World Championship sometime in the future, and also help in the advancement of Pakistan’s martial arts scene.

He will get another chance to accomplish all three of those feats on Friday, 9 March. “The Wolverine” will return to action as he squares off against “Cannon” Ma Jia Wen in a catch weight bout at ONE: VISIONS OF VICTORY, which emanates from the Axiata Arena in Kuala Lumpur, Malaysia.

Ma, a national freestyle wrestling silver medalist, owns a 4-2 professional record with all of his matches coming under the ONE banner. The 21-year-old Chinese athlete is riding a two-bout win streak, and has stopped three of his opponents via TKO.

What makes the match-up even more intriguing is the fact that “Cannon” is one of Li Kai Wen’s main training partners at Tianjin Top Team. Still, the Pakistani has moved past all of that. In fact, he thinks very highly of Ma.

“He is a good young talent,” Mujtaba says. “He has ample experience in the ONE cage, and is a decent, well-rounded young man whom I respect regardless of the match. We are both martial artists competing, and not enemies.” 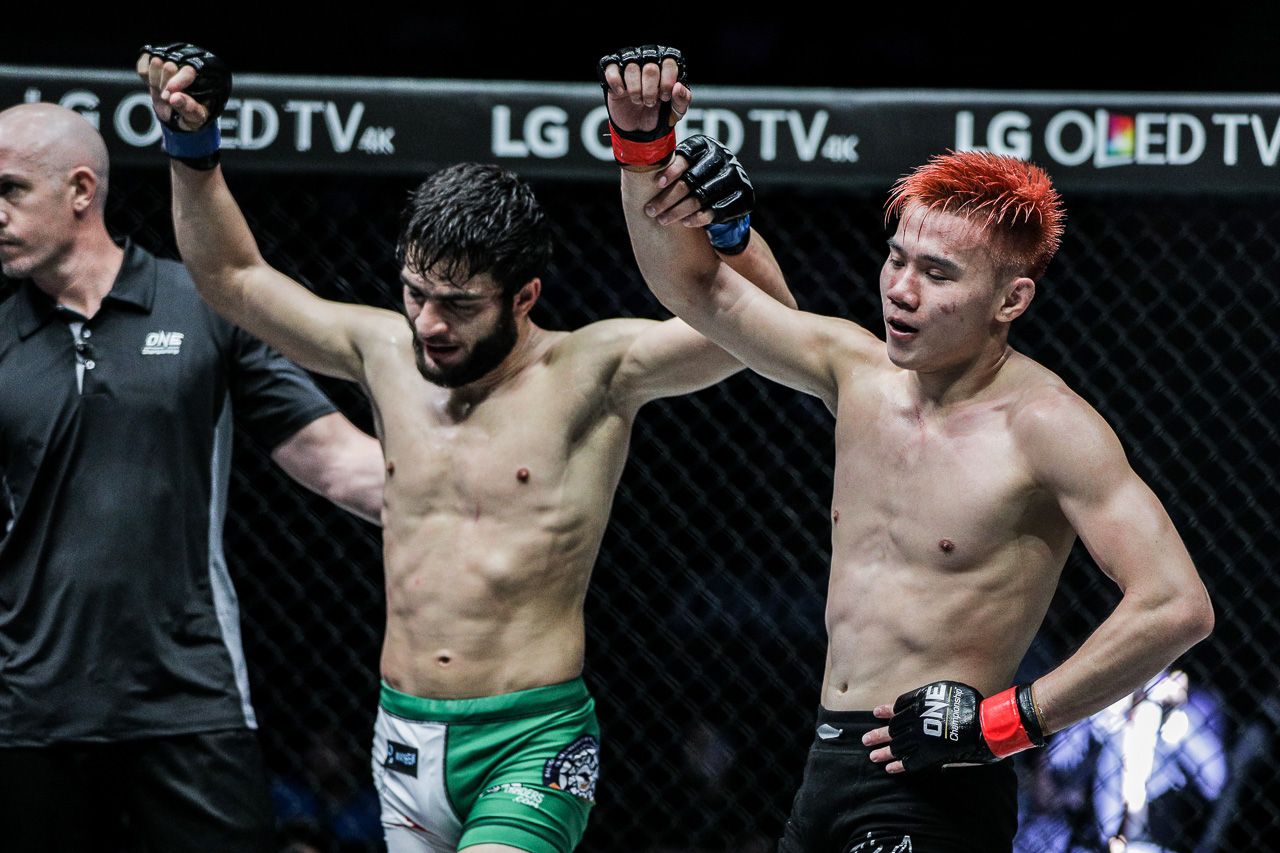 Mujtaba also promises he will be a different martial artist when he enters the cage for this exciting catch weight clash, scheduled to be contested at 72.3kg. He picked up a few new tricks during his last training camp in Brazil, which unfortunately, he was not able to use.

This time, however, he plans to showcase his startling improvements, and introduce the world to a brand new and reinvigorated “Wolverine.”

“I will compete hard,” he says. “I learned a lot in Brazil, which I could not implement in the last match. And as long as God is with me, no one can beat me.”