One of the most anticipated bouts scheduled to take place at ONE: IMMORTAL PURSUIT ended in unfortunate fashion.

There was plenty of attention on the bout between China’s Li Kai Wen and Pakistan’s Ahmed “The Wolverine” Mujtaba at ONE: IMMORTAL PURSUIT on Friday, 24 November, in Singapore. After all, both talents are young, aggressive, and known to constantly push the pace. 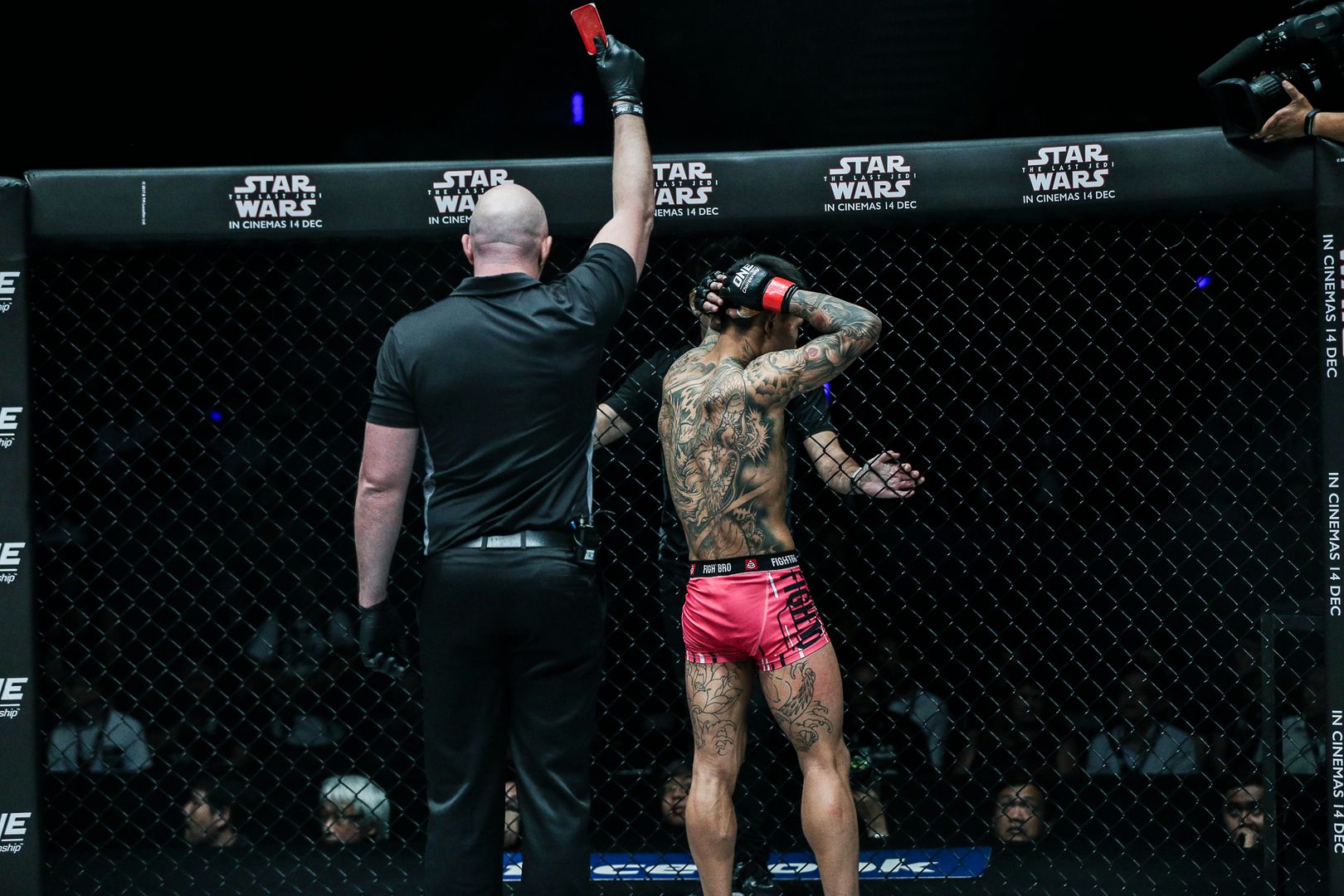 However, a series of illegal blows to the back of Mujtaba’s head stopped the match in the opening minutes of round one, and ultimately resulted in Li’s disqualification.

Once the bell rang to begin the match, Li charged at his opponent. “The Wolverine” landed with a clean counter right to get his offense underway, but his Chinese counterpart swarmed with hard shots in reply, looking to assert his dominance in the contest.

Mujtaba moved in for a takedown, but could not complete it on the experienced wrestler. Undeterred, he tried once more, but Li stuffed the shot again and began landing heavy hammer fists.

However, referee Olivier Coste stopped the contest as Mujtaba slumped to the canvas, with several of the strikes clearly landing to the illegal area at the back of the head.

The Pakistani hero was given time to try and recover, but was deemed unable to, and the referee had no choice but to show Li the red card and disqualify him.

That gave the fallen Mujtaba (9-1) the win, although no martial artist wants to win or lose in that manner.