Every time Agilan “Alligator” Thani (8-1) steps into the ONE Championship cage, it is an important moment in his career.

The 22-year-old Malaysian gets to live his dream every day he is competing as a professional martial artist, but he will be the first to admit that his last bout against Egypt’s Sherif “The Shark” Mohamed last August held a little extra significance.

Just three months prior to that bout, Thani unsuccessfully challenged ONE Welterweight World Champion Ben Askren in what turned out to be the first, and only, blemish on his professional record.

Now, Thani says he learned a lot from that defeat. It allowed the Kuala Lumpur native to grow as a martial artist, but it also made him want to win that much more when he stepped back into the cage the next time out. “I learned so much since then,” Thani states.

“I trained so hard for that camp, and I realized that if your mind is not there, the training is just useless. [So for that] last match-up with Mohamed Sherif, all I wanted to do was to perform, and perform at my best level.”

“Alligator” thoroughly routed Mohamed in dominant fashion over the course of three rounds to earn a unanimous decision victory. It was also the first time he went a full 15 minutes in his career.

That, too, was a lesson learned for Thani, because he had never been past the second round in any of his previous matches. In fact, he had finished every opponent by either knockout or submission before then.

Still, the Malaysian welterweight is the ultimate perfectionist when it comes to his craft. He trains hard each and every day to be the best, and the fruits of his labor have always showed. Of course, Thani is not the type to place too much pressure on himself, especially after what he experienced in his world title challenge last year, but he will never deny that it feels great to put an opponent away.

“Obviously, it is good, and I am happy with what I did in the last bout. But if I got the finish, I would have been even happier,” Thani says.

“Finishing a bout is the best feeling in the whole world. You just made a man quit. I just want to finish my opponent as quickly as possible. But if it goes 15 minutes, I will take it.”

Thani will attempt to finish his next opponent on Friday, 9 March. He returns at ONE: VISIONS OF VICTORY, where he will face promotional newcomer Amitesh Chaubey in Kuala Lumpur’s Axiata Arena.

“I watched a couple of his bouts, and he has a very big overhand right. He is a very naturally strong guy. I will not underestimate him,” Thani says. “He is a very good, quality opponent, and I am just hopeful to put on a show for everyone and show my best against him.” 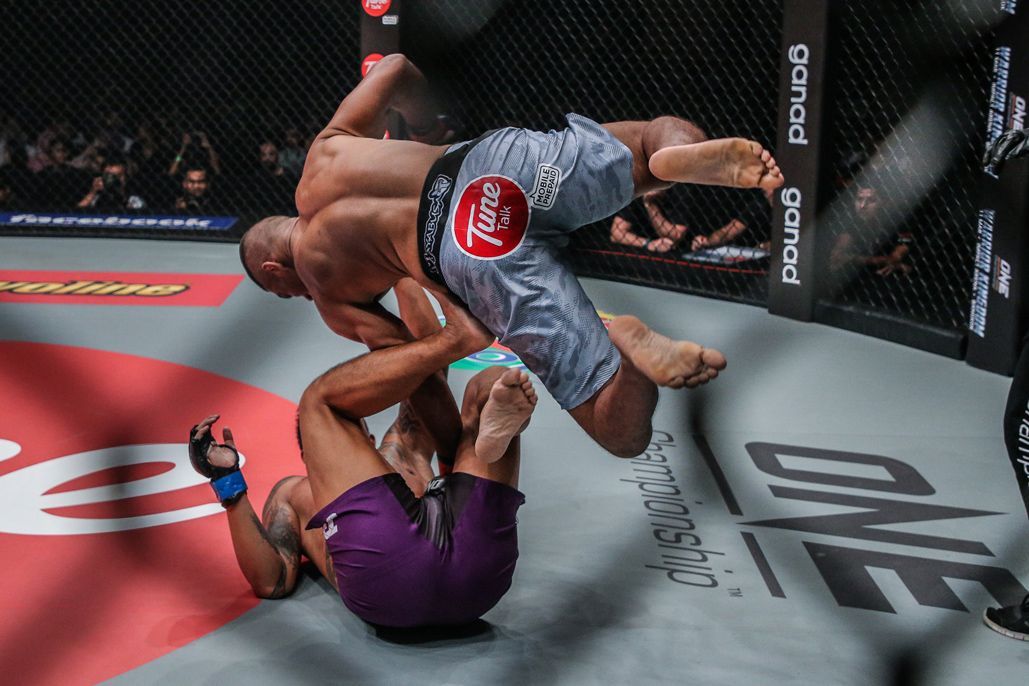 Chaubey, an SFL Welterweight Champion, is a boxer from India, and known as an aggressive knockout artist. He has also displayed some grappling expertise in the past, as he has a few submission victories to his name.

The key, according to “Alligator,” is not looking for the finish, because no one can predict how a contest will end. Instead, the Malaysian promises to work hard at Monarchy MMA, bring the pressure to Chaubey, and deliver the best performance possible.

“I do not look at my opponent as the guy I am going to beat and I am going to finish. No, I am just looking to perform my best, and prove myself as an athlete,” Thani explains.

“I know he is a good martial artist, and I am just looking forward to challenging him and I want him to be the best on event night. I do not want him to come in out of shape or anything.” Also, this is another step towards his goal. Thani still has his eye on the ONE Welterweight World Championship, and defeating the toughest athletes will get him closer to the title he craves.

“I want to beat the best guys. I just want to win and move forward,” he continues. “I just want to keep competing [against] the best so that I can win every match, and eventually get my way back to the title.”