With the COVID-19 pandemic still in full force, some governments across the world have ordered widespread shutdowns of public spaces – including martial arts gyms and training facilities.

Fortunately, with a little help from their kids, some of the ONE Championship superstars have found a way around this.

Many of the promotion’s biggest names have resorted to training at home, using whatever they have at their disposal while self-isolating.

For most, simple bodyweight circuits and movement drills have been the order of the day. But when your children take an interest in your home workout, then why not get them involved?

Here are five of ONE’s most beloved mixed martial artists working out with their kids.

Home quarantine situation ???????? how many push-ups can you do? #stayhomechallenge #teamlakay #onechampionship #pushups @onechampionship

Former ONE Flyweight World Title challenger Danny “The King” Kingad was trying to film a push-up challenge for his social media followers. But his son, Gleuordan Adriel, also wanted to be a part of the action.

It may have taken a few reps off the Filipino’s total, but he gained marks for undeniable cuteness.

Though Japan’s government has not ordered people to stay at home, many have taken it upon themselves to limit their contact with others.

Flyweight sensation Yuya “Little Piranha” Wakamatsu has still found a way to fit in his workout around his parenting duties at home, and he got his baby boy, Musashi, to serve as motivation for every rep.

#3 Leg Day In The Folayang Household

Leg day work out with my kids while under home quarantine. Spending a quality time with our family and love ones is one of the best lesson we can learn during this pandemic times. Let’s keep praying for the safetiness of everyone and follow the government directives and Department of Health advisory. Stay safe everone???????????? #togetherwecanovercome #obedience #sacrifice #family

His own bodyweight was clearly not enough for former ONE Lightweight World Champion Eduard “Landslide” Folayang.

Quarantined in Baguio City, Philippines with his wife and two daughters, the Team Lakay veteran used his eldest, Yeshuareigns, as an extra load for his leg day workout.

#4 Saputra Levels Up His Squat

Indonesian wrestling star Eko Roni Saputra got to work on his strength with his two-year-old son, Cleon.

While the Evolve athlete got his legs firing, Cleon went along for the ride and added some extra weight to help keep his dad in shape.

ONE Championship Vice President Miesha Tate tried to break up her home quarantine with a simple bodyweight workout, but she found herself up against some stern opposition.

While some of the kids have enjoyed their parents’ exercise routines, Tate’s daughter, Amaia, was not one of them. 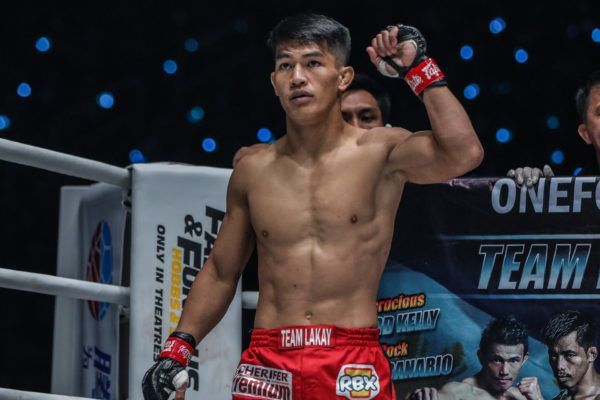