Myanmar has an incredibly rare opportunity to play host to one of the most epics nights in ONE Championship history. On Friday, 30 June, ONE will storm back into the Thuwunna Indoor Stadium in Yangon to hold an action-packed card at ONE: LIGHT OF A NATION.

The main event features Myanmar’s favorite son the “Burmese Python” Aung La N Sang, who is set to challenge undefeated ONE Middleweight World Champion Vitaly Bigdash for the right to be called the best middleweight on the planet. With a win, Aung La N Sang would make history as Myanmar’s very first world champion.

Between that headlining bout, as well as a main card filled with local talents and established veterans, there will be fireworks going off in the “Golden Land” all night long. Here are just five reasons to get excited about ONE: LIGHT OF A NATION.

The Return Of The “Burmese Python”

Aung La N Sang is a legitimate superstar in his home country of Myanmar. Newspaper journalists flock to him, school children idolize him, and whenever he enters the Thuwunna Indoor Stadium, the roar is absolutely deafening.

Though he lost to Bigdash in a short-notice bout five months ago, the 32-year-old challenger will be entering this title bout completely refreshed and fully prepared. He will have an eight-week training camp under his belt, and will even have his countrymen cheering him on. That will undoubtedly make the “Burmese Python” even more dangerous.

If he wins the belt on Friday, an entire nation will erupt in joy, and that would truly be a sight to behold.

Unlike most athletes, undefeated ONE Middleweight World Champion Vitaly Bigdash is preparing for two battles — the absolute best version of Aung La N Sang, and a thunderous partisan crowd in enemy territory. Between the two, his mind will be fully occupied.

The Russian, however, has a few factors working in his favor. He is undefeated, he is the bigger of the two competitors, and he has already defeated the “Burmese Python” once before. Momentum is on his side, and despite being on his opponent’s home turf, that previous victory could give him the edge he needs.

The Emergence Of A New Myanmar Star

The most exciting thing about exploring a country’s martial arts scene is exploring the local talent pool, and Myanmar is full of talent. Many of the combat sports athletes from this admirable nation have a background in Lethwei, and are now just learning jiu-jitsu and making the transition into mixed martial arts.

ONE Championship has previously crowned three national champions in various weight classes, and the organization will do so once again on 30 June. Four Myanmar competitors will battle it out to become the ONE Myanmar Flyweight Tournament Champion, and the winner could become the country’s next superstar. 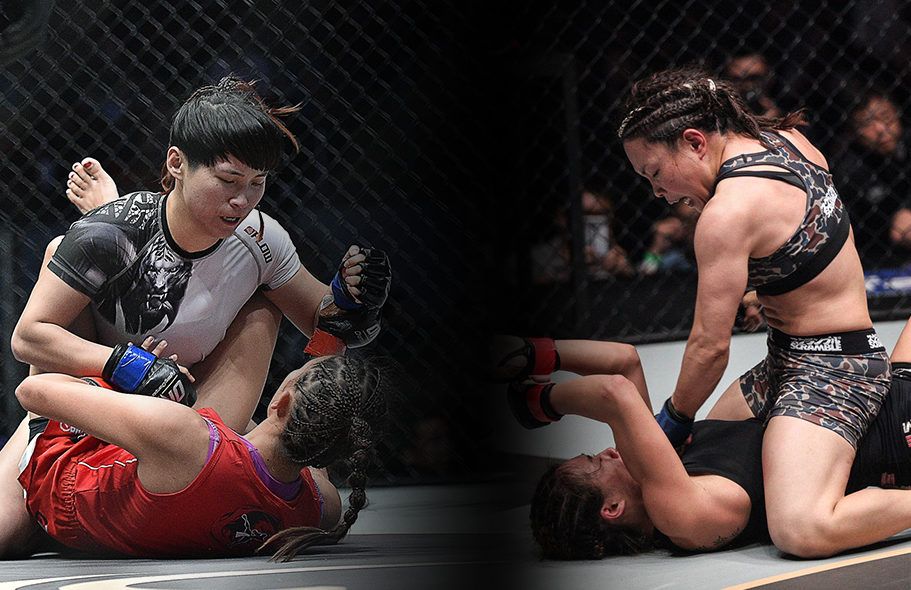 With all the excitement centred around the main event, one match that could steal the show is the intriguing clash between former ONE Women’s Atomweight World Title contenders Mei “V.V.” Yamaguchi and Jenny “Lady Gogo” Huang. Both of these ladies are hungry and desperately want to get back into title contention.

Yamaguchi battled Angela Lee for the inaugural title nearly a year ago, and lost via decision in what many have deemed the “Fight Of The Year” for 2016. Even more frustratingly, she fell to Istela Nunes via split decision last August. As for Huang, a Judo black belt, she received the first loss of her professional career when she unsuccessfully challenged Lee this past March.

Now, the two are looking to advance their careers and get back into the win column. This is projected to be a tactical match, as both women are strong with their respective ground games. Huang may be the taller of the pair, but Yamaguchi is powerful, and so is her right cross — just ask Lee about that. Between both of their abilities to thrill the audience and finish at any time, this bout is definitely one to look out for.

It is always a pleasure to see two-time BJJ No-Gi World Champion Bruno Pucci in the cage. He is a world-class grappler who has overcome many of life’s struggles, and is absolutely flawless with his technique, especially the rear-naked choke. As a matter of fact, every bout he has won, he did so with that particular submission.

The last time “Puccibull” competed, however, he fell victim to an eight-second knockout at ONE: UNBREAKABLE WARRIORS last September. That is quite the mental hurdle to jump, especially against an opponent like Jimmy Yabo in Yangon, who is known for knocking out his rivals. In fact, he knocked out Bashir Ahmad in 21 seconds flat back in February 2016.

Pucci has always possessed remarkable skill, and is one of the most talented athletes in the promotion’s rich featherweight division. He can take a massive step forward, both mentally and in his career, with a great showing against Yabo.