Undefeated ONE Middleweight World Champion Vitaly Bigdash (9-0) already looked impressive in his first title defense earlier this year, but when he meets the “Burmese Python” Aung La N Sang (19-10 1 NC) this time around, he plans to finish the Myanmar hero in more emphatic fashion.

The Russian titleholder will return to action on Friday, 30 June, and clash with Aung La N Sang in an epic title rematch at ONE: LIGHT OF A NATION. 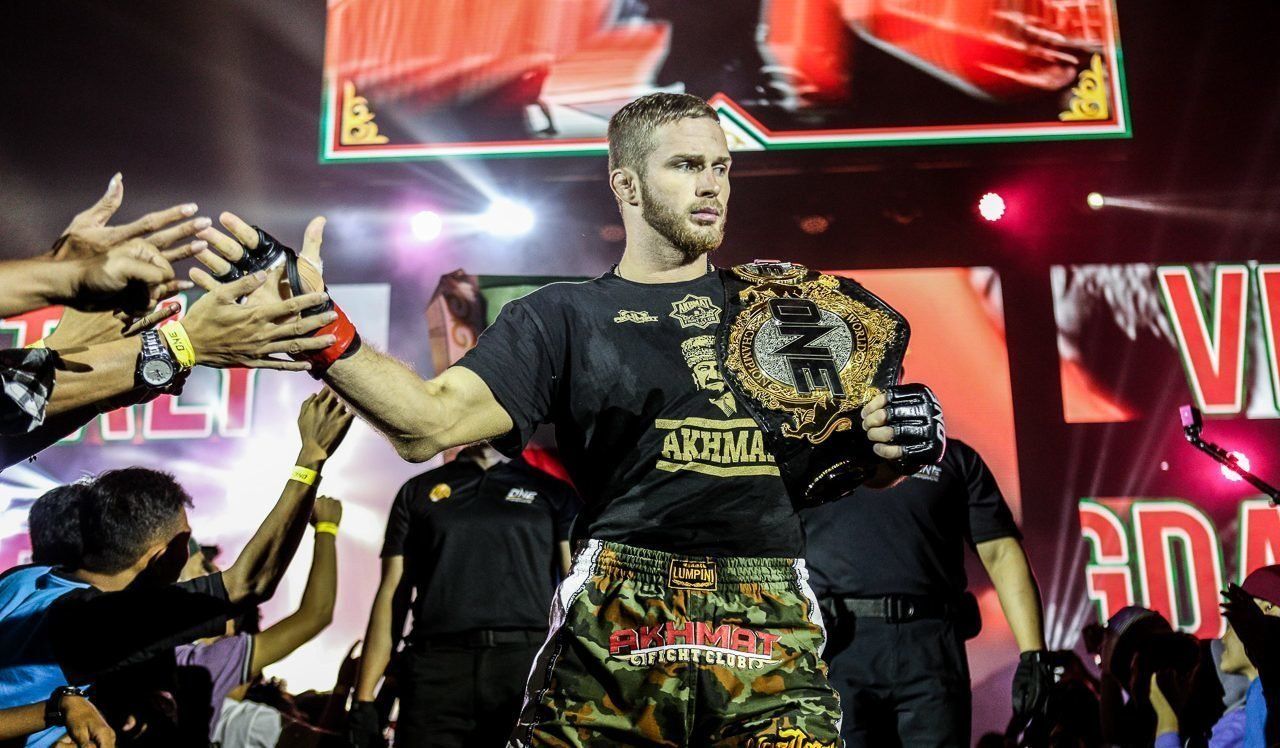 Making this contest even more intriguing is the fact that Bigdash will be doing it on his opponent’s home turf, as the event takes place at the Thuwunna Indoor Stadium in Yangon, Myanmar.

“I expect the audience to be hostile towards me, because I am coming to beat their hero,” the 32-year-old champion states. “I am mentally ready for it. I respect Aung La N Sang for having the guts to say yes to this fight after the last beating he got from me. He is actually a decent guy, a family man — who knows, maybe if we lived in the same country, we could be friends.’

A native of Rostov-on-Don, Russia, Bigdash demonstrated grit and determination when he challenged then-champion Igor Svirid for the belt in his promotional debut at ONE: TIGERS OF ASIA in October 2015.

BEST OF 2015The dramatic ONE Middleweight World Championship title fight between Igor Svirid and Vitaly Bigdash became an immediate contender for Fight of the Year. Here's why.Follow us on Facebook for more exciting videos! –> ONE Championship

Posted by ONE Championship on Tuesday, December 29, 2015

In the action-packed bout, he survived several early knockdowns before mounting an incredible comeback. He was able to TKO his opponent in the second round, and captured the most coveted prize in Asian martial arts.

“I have sacrificed a lot of time and effort to get this belt, the time I could have spent with my parents, my wife, and my son. I am proud of what I have achieved,” says Bigdash, who considers winning the ONE Middleweight World Championship the pinnacle of his career.

The Russian made his first title defense in January 2017 at ONE: QUEST FOR POWER in Jakarta, Indonesia. He was originally supposed to meet Polish knockout artist Marcin Prachnio, but Prachnio was forced to withdraw due to injury. 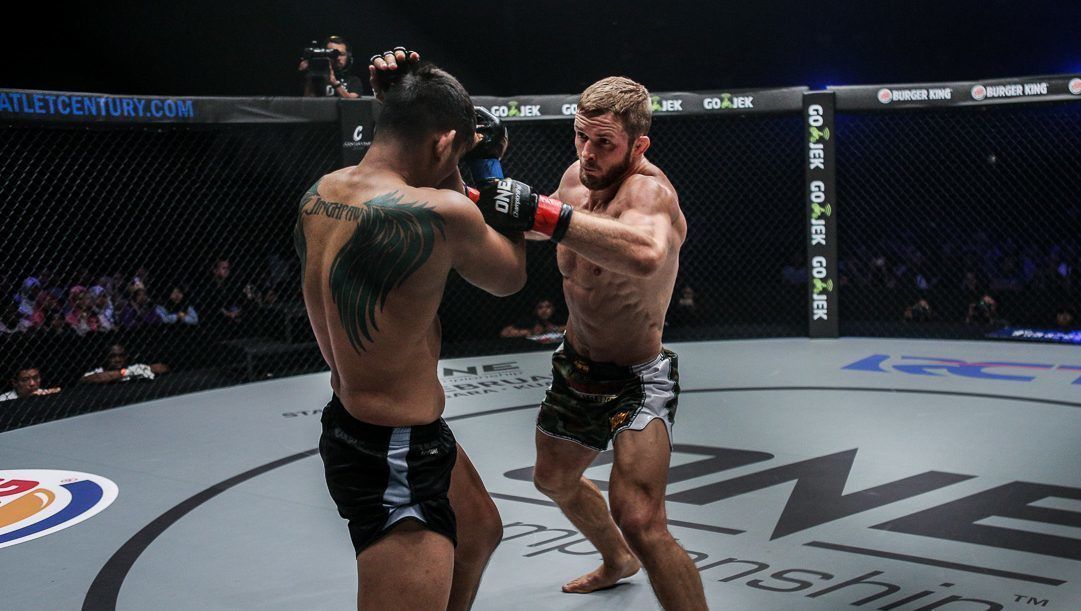 Despite getting the win, the narrative is different this time around. When he meets Aung La N Sang later this month, he will do so knowing the “Burmese Python” has had entire months to prepare, and that his opponent has home field advantage.

The way Bigdash sees it, none of that will matter. “I am sure of my game, and no amount of booing will shake my confidence,” states the champion.

The Russian has been doing most of his training at the Chechen club Akhmat MMA, which belongs to the republic’s president Ramzan Kadyrov. Bigdash impressed the club’s coaches and athletes with his unwavering discipline when he first trained there in 2016.

“He trained really hard, but also found time to help other fighters improve their game,” recalled  Murad Bichuev, the head coach of Akhmat MMA. “We knew he was a champion already, but he remained open and available – his new status did not get into his head. We noticed that, and decided to sign him up.” 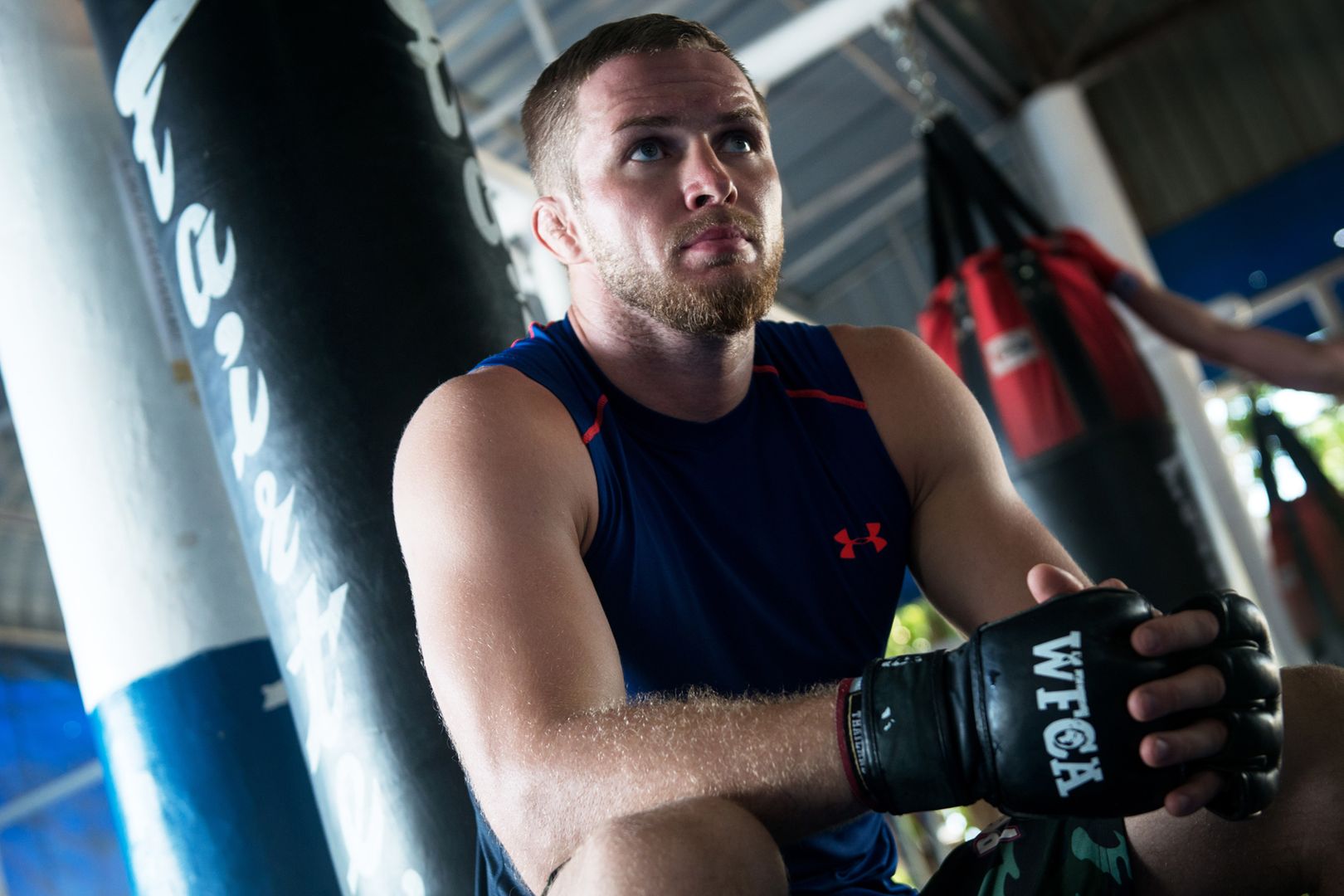 Another club frequented by Bigdash is Phuket Top Team in Thailand. “This is my favorite gym in Thailand. Both the atmosphere and coaches are great,” Bigdash explains, notably singling out Eric Uresk, a former competitor who serves as the camp’s mixed martial arts and wrestling coach. “He teaches me very practical stuff.”

Bigdash is not short on confidence. He has built upon his skills since the last time he competed in ONE Championship nearly five months ago, and with a full training camp specifically focused on Myanmar’s favorite son, he anticipates an even better showing.

“Having already fought Aung La N Sang, I know his weaknesses, but he knows how to fight me, too. I respect him for showing up, but there is no way we are going to spend five rounds in the cage,” the champion explains.

“Last time, I was preparing for one opponent, but got Aung La N Sang instead. This time, I am ready for him. I will finish him first, and then I would like to fight (ONE Welterweight World Champion) Ben Askren. He has been very vocal about me recently.”