Veteran commentator, analyst, and presenter, Steve Dawson, gives his take on the upcoming main event of ONE CHAMPIONSHIP: SHANGHAI on Saturday, 2 September.

It’s funny how things turn out. Three months ago, the bout everyone wanted to see on the ONE Championship stage was a Ben Askren – Luis Santos rematch.

Now, we look ahead to Saturday’s ONE CHAMPIONSHIP: SHANGHAI, for what will quite possibly surpass a rematch we may now never get to see.

Last May, in Singapore, Santos fell to Zebastian Kadestam in the most emphatic manner. Heavy knees did the damage, a tool Santos has used to great effect against his own opponents.

It came at just the right time for the Swede, who had probably fallen behind on the judges’ scorecards, but his finish was unequivocal, and from that moment on his path was clear.

ONE Welterweight World Champion Ben Asken has dominated the scene since arriving in ONE Championship, and made routine work of the strong but unseasoned Agilan Thani last time out, on the same card as Kadestam’s pivotal victory.

Askren is perfect fodder for exciting matchups at welterweight. He doesn’t impress with his bulk, but terrifies with his technique, making his successes against stronger, more imposing men. To the uninitiated, it almost seems like an impossible task until they see him in action.

Askren vs Kadestam at the Shanghai Oriental Sports Center carries precisely that appeal. Kadestam is 181 centimeters of muscle, and as we now know, has the fortitude to look defeat in the eyes and clinch victory from its unforgiving jaws.

Askren must surely meet his match one day. Many saw that possibility in Santos, but now the Brazilian’s vanquisher carries that prospect into the cage.

If he sees an opening, like he did against Santos, Kadestam will take it and end the bout. Askren will have to be as focused as he ever has been to prevent that.

The excitement here comes in knowing that either man can end the contest at any moment. It’s very likely that we’ll experience that edgy excitement for the full 25 minutes. 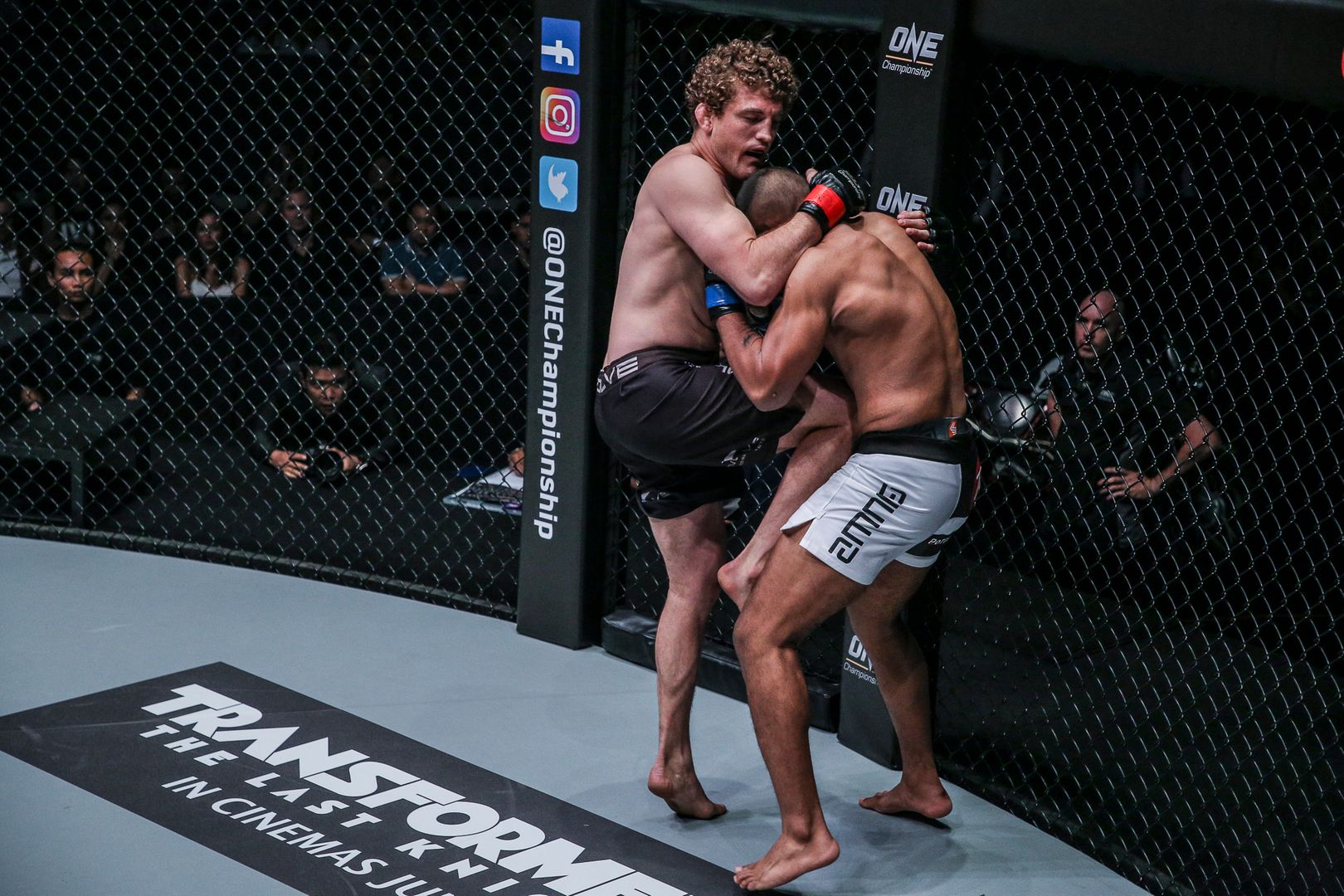 Santos may have had the better of Kadestam in some of their grappling exchanges, but he couldn’t finish the Swede off. Askren is likely to be similarly frustrated by the 9-3 Swede, but patience isn’t a weak point for the American.

Askren will bide his time and keep shooting for the takedown, from where he works his magic. And that will be the invariable pattern of the headlining bout.

This one will end in one of three ways: Askren submitting Kadestam, Kadestam knocking out Askren, or Askren wins by decision. Both are adept enough to resist a stoppage, so I see Askren winning on all three judges’ scorecards at the end of the night.

Steve Dawson is a ONE Championship presenter and commentator, a Fox Sports presenter, and an author of sporting biographies. He can be found on Twitter & Instagram as @Gulasahi and on Facebook as Steve Dawson.