After a year of stunning results in ONE Hero Series (OHS), “The Hunter” Xie Wei is prepared to bring his incredible winning streak to the global stage.

The 23-year-old’s reward for a run of five straight TKOs was a chance to compete on the main ONE Championship roster, and he will jump straight in at the deep end against Danny “The King” Kingad at ONE: FIRE & FURY.

Xie’s upcoming opponent may be one of the most talented and experienced flyweights in The Home Of Martial Arts, but the Chinese athlete believes he is more than a match for him.

If there is one area that “The Hunter” believes he eclipses Kingad, it is his finishing ability. While the Filipino has failed to finish any of his last nine opponents, there is no doubt about the man from Hunan’s knockout power after his incredible recent run.

Though Xie does not want to say whether he expects to hit another stoppage in Manila, he has confidence in his kickboxing and believes his striking skills will do the talking for him.

“My standing skills are better, but I won’t make a prediction for this match,” he says.

“I think all I have to do is focus on myself, and give what I have been trained. I will show my skills and my spirit.”

With that said, Xie has a tremendous amount of respect for Kingad. The Team Lakay representative may not have won many bouts by knockout or submission, but he has beaten a long list of elite opponents. He is also arguably his division’s most exciting performer.

“I think he is a very good fighter, I have watched his fights, he has almost never lost in his career,” says Xie.

“His strengths are his punching, wrestling, jiu-jitsu. I feel he is a very comprehensive fighter.”

The same could be said about Xie after his success in ONE’s home for Chinese rising stars. While he displayed slick stand-up skills that showed why he is 5-0 in kickboxing, he also demonstrated that his all-around mixed martial arts game is on point.

Along with his crisp punching, hard clinch strikes, and flying attacks, he showed good grappling to control skilled opponents and unleash dangerous ground and pound.

“I think ONE Hero Series is a very good stage, it helped me to be prepared and fight with so many good Chinese fighters, and that makes me happy,” the Sunkin International Fight Club representative says.

“I learned from each of my fights and I improved. I think this is a good way to let more Chinese fighters show their talent.”

However, he knows the main roster of ONE Championship is an entirely different level to the OHS ring.

“For fighting with ONE main fights I need to be more focused. Also, I need to work harder,” he adds.

Xie admits he is also feeling a few jitters ahead of his main card match-up in the Mall Of Asia Arena, but overall, he cannot wait to get out there and show the world what he can do.

He knows he cannot underestimate the challenge he has to overcome, but he seems to be approaching it with the right mindset.

“I am nervous because he is a very good fighter I need to give 100 percent of my strength to face him. I understand his ability and that’s why I need to respect him.” 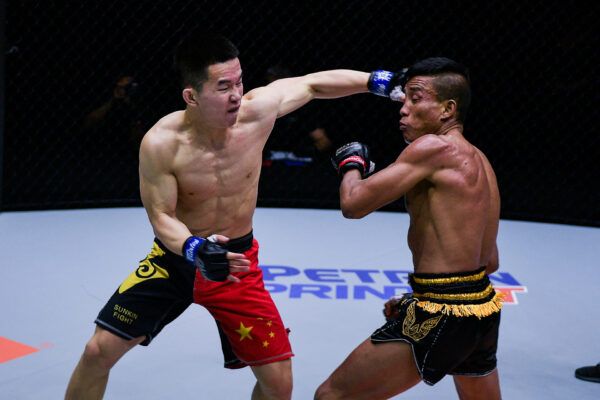 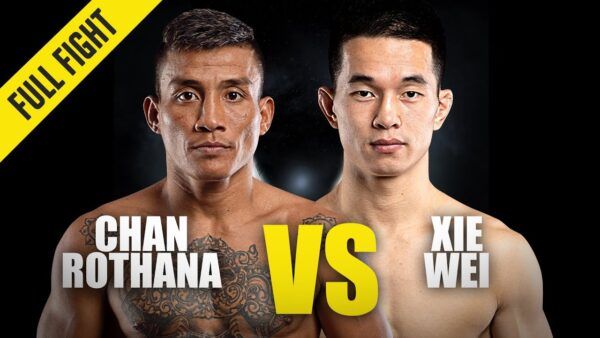