From the Shaolin Monastery to ONE Championship, “The Hunter” Xie Wei is one of China’s brightest mixed martial arts stars.

The breakout star of ONE Hero Series has come a long way in just a few years to join the main roster on the global stage after breaking through as the most successful athlete so far in ONE Hero Series (OHS).

As he prepares to make his debut in The Home Of Martial Arts against Danny “The King” Kingad at ONE: FIRE AND FURY, the 23-year-old from Qingdao reveals how he made his rapid rise to compete against the best athletes in the world.

From The Schoolyard To Shaolin

Xie was born in Hunan, but spent most of his childhood in Guangzhou, where he had a happy life with his parents and sister.

He laughs about the fact he was just an average student and admits that he sometimes skipped class in search of freedom. However, he was more focused when it came to martial arts, which he began from an early age.

“I was very active in my elementary school. From third to fourth grade, l joined a hobby class for learning some basic martial arts skills and I performed on stage in my sixth grade in front of my school,” he explains.

Xie says he lost interest after that, but that all changed when he saw videos of Henan’s world-famous Shaolin Temple on the internet and moved there to study at the age of 14.

He spent four years under the tutelage of the Shaolin warrior monks and became a coach in his own right, but then moved to Qingdao to pursue his longtime dream of becoming a professional mixed martial artist.

A New Passion And Inspiration 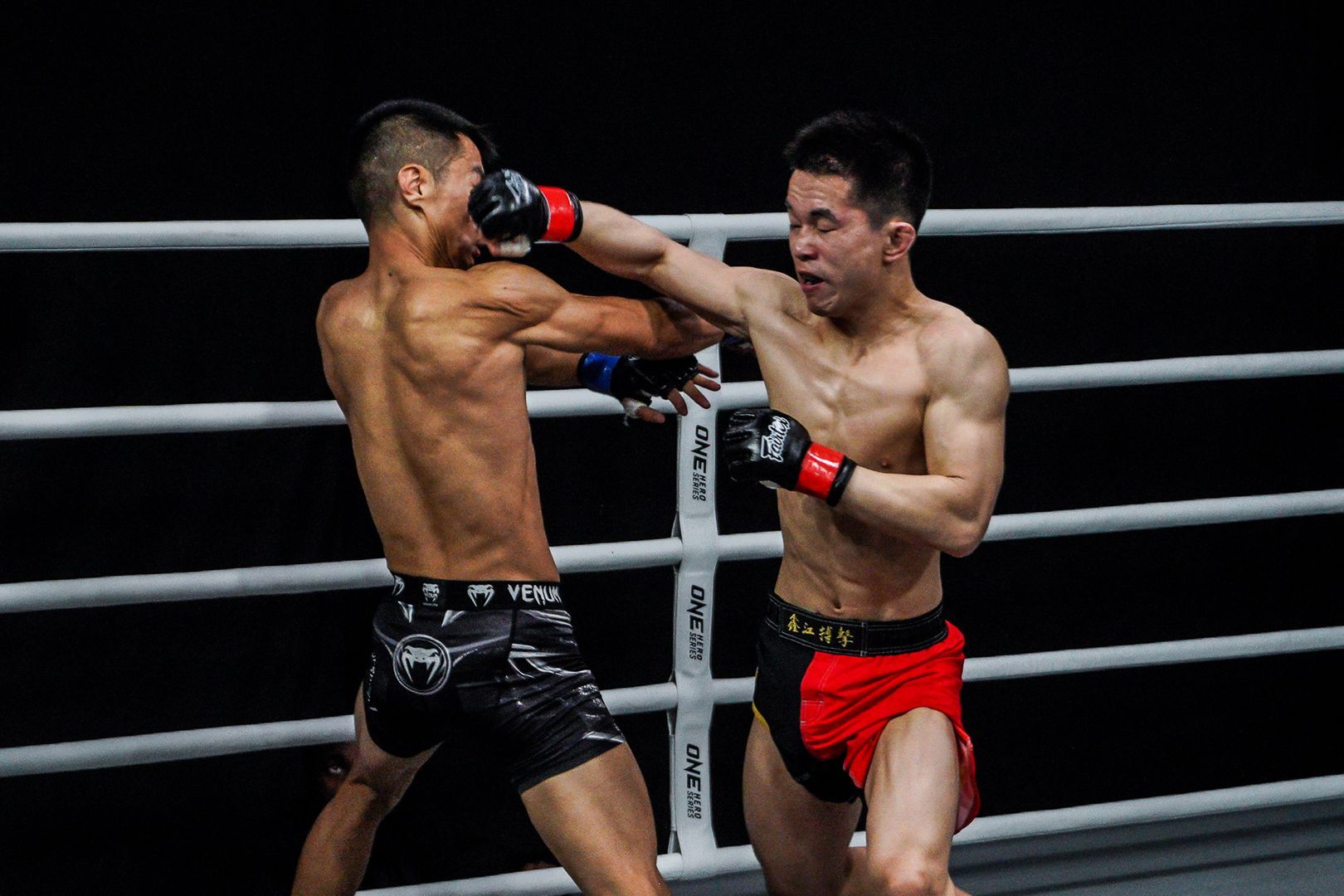 Xie’s entry into his new sport began with sanda in 2016, and he concedes that he felt overwhelmed by the task he faced at Sunkin International Fight Club.

“I felt like there were a lot of things for me to learn. It felt like I started from zero,” he says.

He adds that he was “really impulsive and gave up easily,” but the guiding hand of his mentor, head coach Liu Jin Wen, showed him the right path to follow.

He insisted that Xie believed in himself, lifted his spirits when he felt low, and taught him discipline. “The Hunter” was inspired to knuckle down and work hard with the whole team, and his reward was being molded into a skilled competitor.

“My coach Liu Jin Wen always stood by my side when I got down. He gave me a lot of advice and suggestions,” he adds.

“No matter whether I won or lost, he always helped me to analyze my fights so I can see how I performed in each one.

“My coach has a saying, ’your destiny lies where you put most of your energy and time,’ and you will get what you work for. He tells me if I work hard I will see the results, but meanwhile, enjoy the process.” 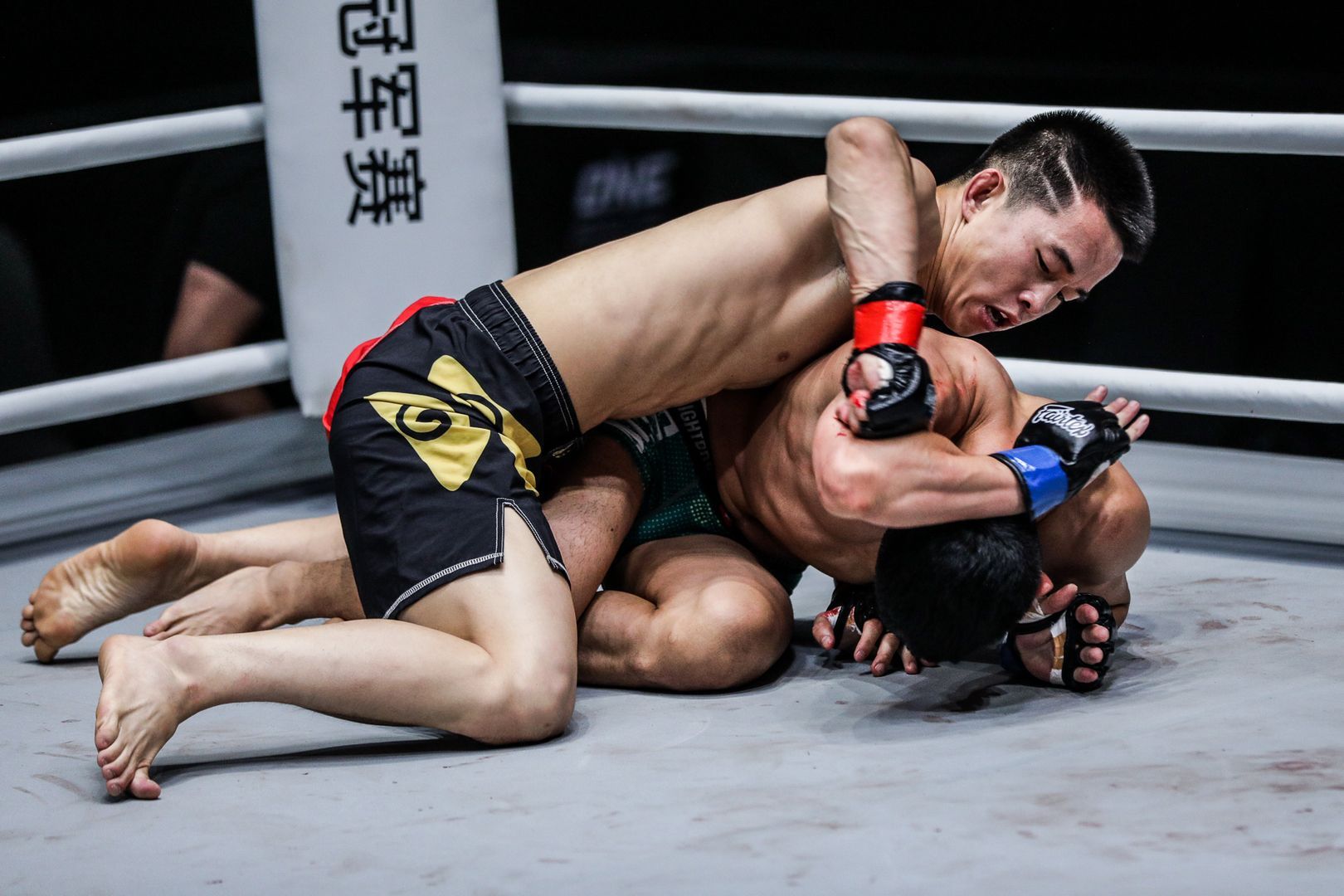 Xie’s early doubts were shared by his parents, but they soon came around when they saw what their son was capable of.

“In the beginning, they didn’t support me, but since my father watched me perform in my first fight he saw something I couldn’t and that makes him realize I have the material for this,” he explains.

That belief was important to Xie, and it helped to motivate him as he won six of his first eight bouts on the Chinese scene, along with a perfect 5-0 kickboxing record.

That success made him a perfect candidate to jump into OHS, where the top performers could earn a spot in ONE and compete in arenas around Asia. “The Hunter” thought it was a great chance to test himself and prove he was ready for a step up to the highest level.

“When I got this chance to fight at ONE Hero Series I felt like I needed to experience it first before I develop my career abroad. I treated it as part of my training – training like a soldier to make myself tougher,” the 23-year-old says.

“To me, ONE Hero Series was a preparation and a chance to know myself more clearly,” he adds. “It gave me a clear picture of how ONE’s system works and how I could improve myself for fights on the main roster.”

It was soon apparent that Xie was ready to take the step up. He was thrust into an active schedule, but rose to the challenge with four consecutive knockout wins between January and September, followed by another first-round TKO of Rockie Bactol at ONE Warrior Series 9 to close 2019.

Ready For The Highest Level 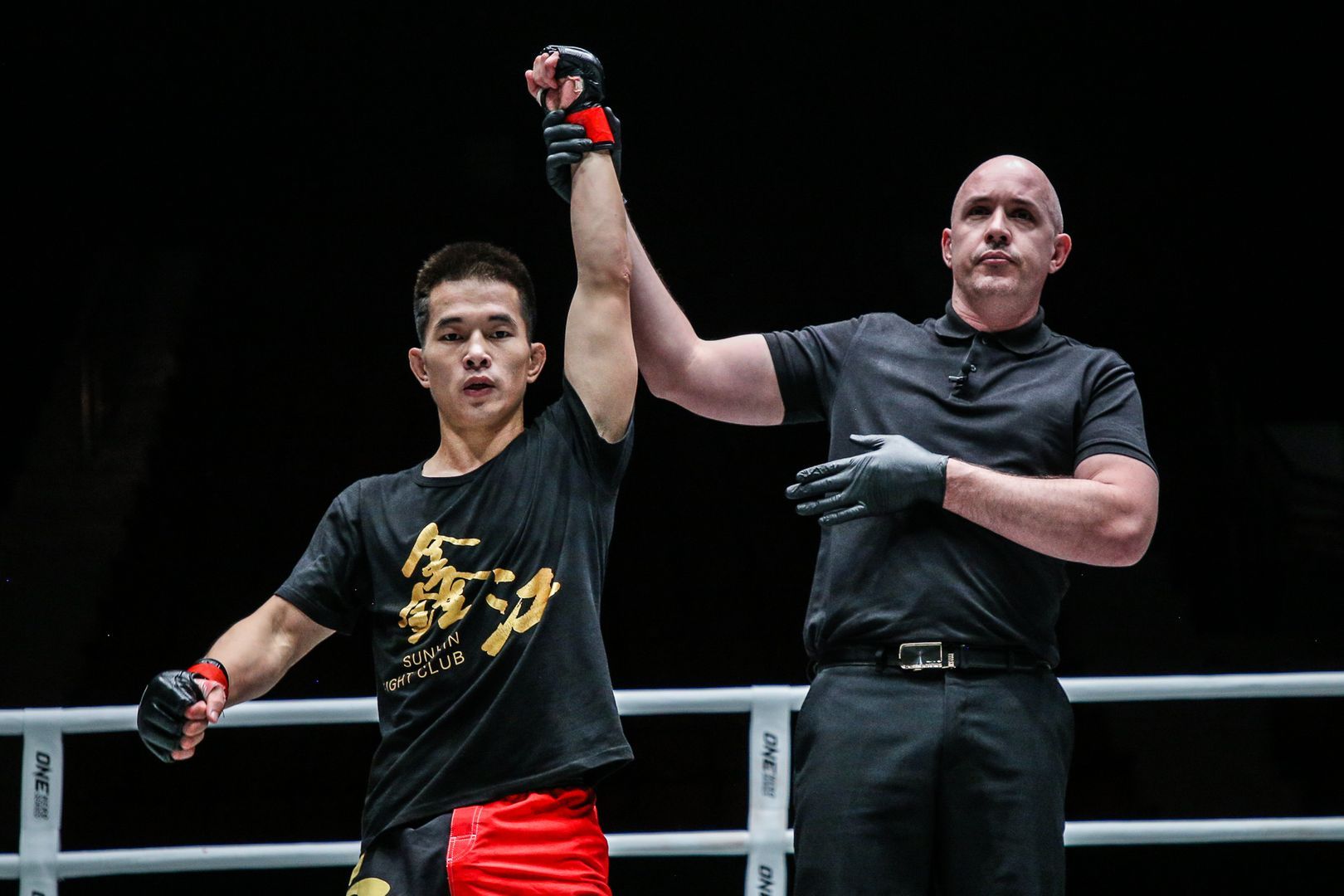 Five quick stoppages were Xie’s ticket to the main roster as the first man to graduate from OHS.

His spectacular results gave matchmakers confidence that they could book him against an elite opponent in his first match-up, and he feels the same way.

“In general, they have high hopes for me. They think I have a certain level of capability, and I have been thinking the same too. I thought my level was quite good and I feel good about myself,” he says.

“Now that I’m signed with ONE officially I can better showcase myself and fight with numerous top athletes worldwide. I will show them my power.”

Now he has graduated from competing among up-and-comers to the global stage, Xie hopes he can continue to improve his life and get better as a martial artist every day.

Though he still feels he has room for improvement, he believes he already has what it takes to repay the faith that his bosses have shown in him and get off to a winning start against elite competition.

“Being able to fight world-class athletes in the same ring was what I’ve been dreaming of,” he says.

“I just want to show my best and give my best performance.”