It was not a fitting opener for the local fans at the Mall Of Asia Arena in the Philippines. But for “The Stalker” Xie Bin, it went exactly as he hoped for.

Xie scored a technical unanimous decision victory over Team Lakay’s Edward “The Ferocious” Kelly on the undercard of ONE: DAWN OF HEROES on Friday, 2 August.

The end came abruptly at the 2:50 mark of the second round when Xie inadvertently hit Kelly on the back of the head.

Kelly was given the mandatory five minutes recovery time, but he could not continue and the match went to the judges, who then handed the Chinese warrior the victory.

It was not hard for the judges to figure out the decision. 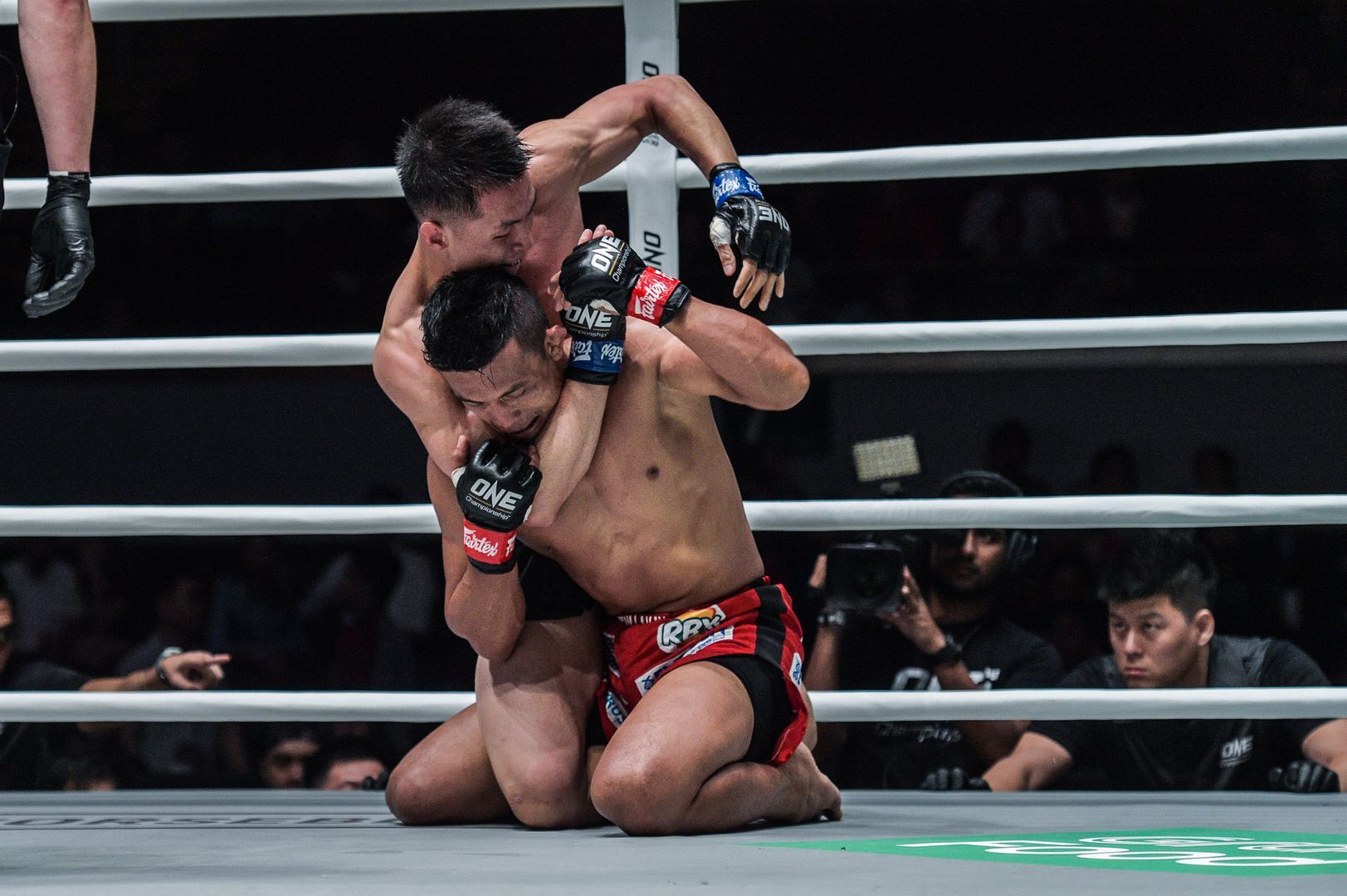 From the opening bell, “The Stalker” silenced the pro-Kelly crowd, and he took control when he secured a takedown midway through the first round. He controlled Kelly for much of the opening five minutes before he looked for a modified neck crank from mount on the Team Lakay star.

Much to the delight of the crowd in the venue, Kelly ended the round on a positive note, as he powered out of the submission attempt and landed a few clean shots from the guard.

However, it was the same story in the second round for Xie, except this time, there was no escape from Kelly. 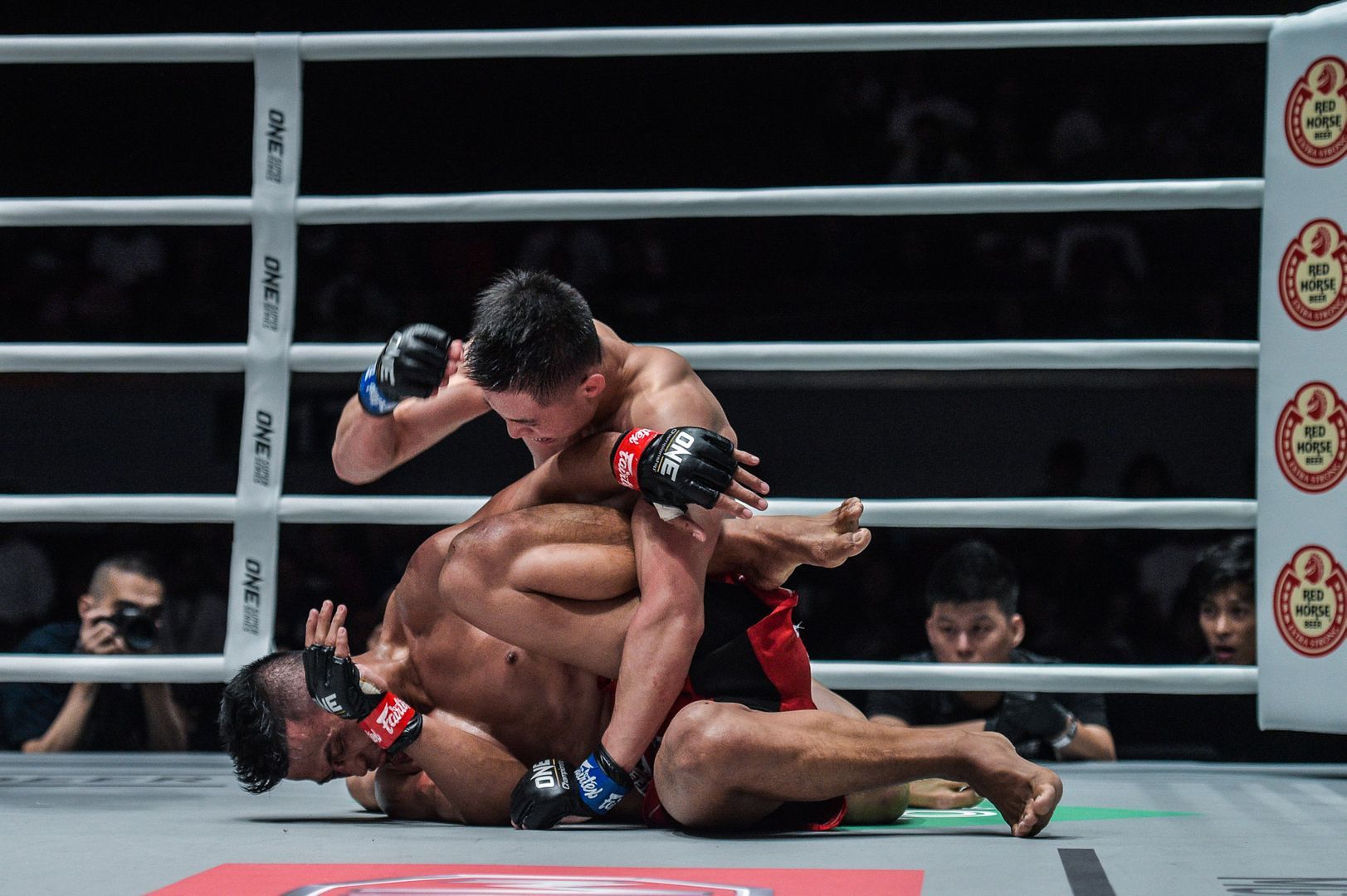 Xie put the pressure on the Filipino, who was visibly starting to tire, and secured a takedown, which put him in a position to overwhelm his rival with strikes on the ground.

Unfortunately, “The Stalker” caught Kelly with a couple of illegal blows on the back of the head, which meant “The Ferocious” forced the referee to pause the match for injury time.

After five minutes, the Filipino could not continue, but enough time had elapsed for the contest to be decided by a technical decision. 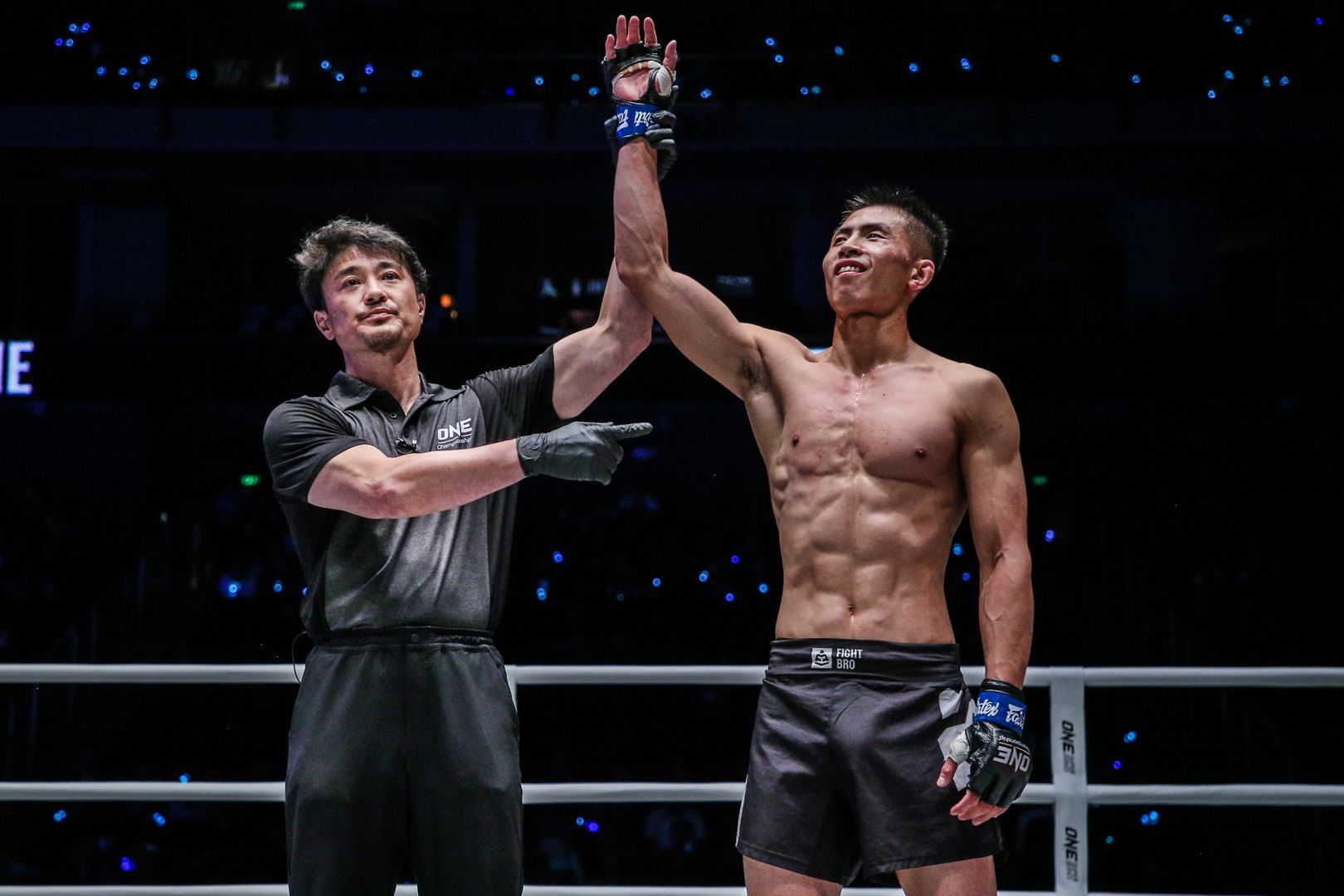 All three judges turned in scorecards in favor of the Xie, and the 21-year-old improved his record to 8-2 with his seventh victory in a row.