Setbacks are inevitable in the unforgiving world of Muay Thai, but Han Zi Hao knows that every one of them has taught him a lesson that will help him succeed in ONE Championship.

The former World Title challenger’s next test will come against Adam Noi in a bantamweight clash at ONE: FISTS OF FURY II, a previously recorded event that airs this Friday, 5 March. That night, the Chinese star plans to showcase new facets of his game to the global fan base.

Since his loss to Nong-O Gaiyanghadao for the ONE Bantamweight Muay Thai World Title back in February 2019, Han has endured his ups and downs, but he is back on track after a victory over “Jordan Boy” Mohammed Bin Mahmoud in October.

“After the fight with Nong-O, I’ve become much more relaxed facing other opponents,” the 25-year-old says ahead of his clash with Noi at the Singapore Indoor Stadium.

“I’ve learned that blindly attacking is not a smart way [to fight] – you have to use strategy and skills. Otherwise, you would only play your opponent’s game, not your own game. From now on, I’ll let everyone see that Han Zi Hao is not only good at attacking, but also strategy.”

The man from Henan, China, has not just added to his skill set because of these lessons. He’s also become more mentally resilient during the COVID-19 pandemic.

“My mindset [is my biggest strength]. No matter how strong or how impressive the contenders are, I will be cool and deal with every situation calmly, so that I could find a chance to finish the fight and win,” Han says.

“Due to the pandemic, I haven’t had as many fights as usual, so I have to build up a strong mindset to stay energetic to give every fight my best shot in the ring.”

In Noi, the Chinese star will face a two-time IFMA Muay Thai World Champion from the famous Venum Training Camp in Pattaya, Thailand.

The 21-year-old French-Algerian looked tremendous in his ONE Super Series debut against Leo Pinto, and Han is well-aware of his opponent’s strengths.

However, he also identified some holes that he believes can be exposed in “The Lion City.”

“I’ve seen his previous fights. His fighting style is very powerful. He has got great Muay Thai skills, no doubt. I believe this fight will be a really tough one,” Han says of Noi.

“His strength is that he has a powerful fighting style and sometimes he delivers a deadly high kick. I must be careful on that one.

“His weakness is that it seems like his physical strength is not that good – especially halfway through the second round and the third round, his power declines noticeably.” 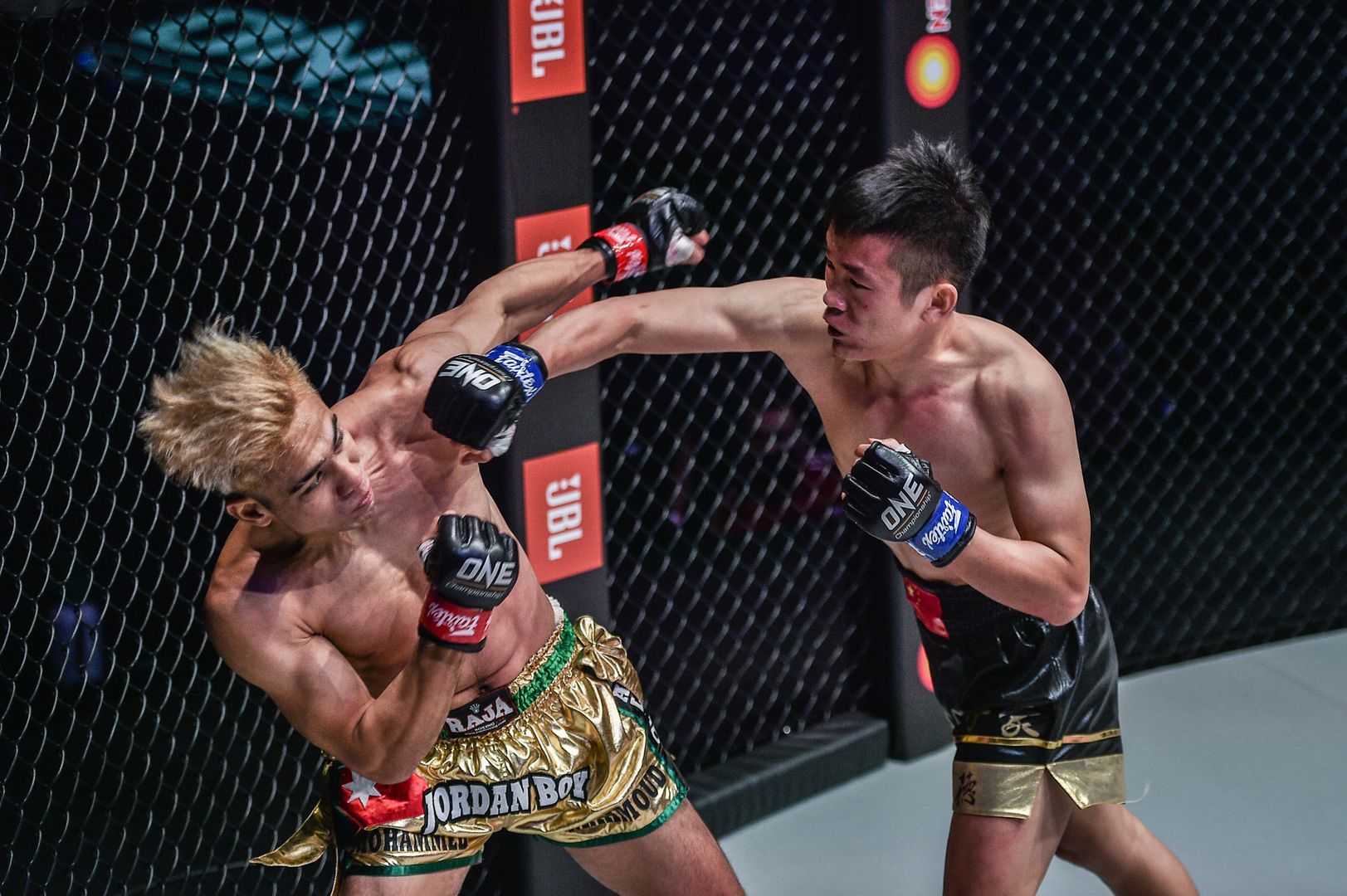 Han fought five rounds with the great Nong-O, and he has also gone the distance with the likes of Kongsak P.K.Saenchaimuaythaigym and Mehdi “Diamond Heart” Zatout on the global stage, so he knows that he can keep pushing forward against tough opponents until the final bell.

And given that Noi has less experience at the highest level of the sport, the Chinese striker sees an advantage in their matchup.

“He’s kind of aggressive, and I prefer to stay cool. The biggest difference is that he keeps throwing powerful kicks, but his physical strength probably can’t keep up with his pace,” the Mad Muay Thai and Shunyuan Fight Club athlete says.

“[When he is tired], I can find a way to knock him out. Though it sounds easy, I don’t think my strategy will run that smoothly. But I definitely will find my best chance to take him down.” Han has come close to the gold on the world’s greatest platform for martial arts, and though his ride since then has not traveled all in one direction, he’s used every bout as an opportunity to return as a better fighter.

On Friday, the Henan resident plans to build on his latest knockout and work his way back to the top.

“I can crack the top five if I defeat him. After all, he’s one of the best Muay Thai fighters,” Han says. “Either I will KO him, or I will get knocked out by him — but I won’t be knocked out, truth be told.”