Toni “Dynamite” Tauru may have hit a rough patch lately, but he is ready to turn his career around and dominate once again.

On Friday Night, 2 December, the Finnish bantamweight will battle hometown hero Geje “Gravity” Eustaquio at ONE: AGE OF DOMINATION, which emanates live from the Mall Of Asia Arena in Manila, Philippines.

“This is kind of must win for me, but I do not want it to affect me too much,” the 31-year-old says. “I will go there, do my job as planned, and leave with the victory.”

However, leaving with the victory could be tougher than anticipated.

Eustaquio is a 27-year-old striking specialist out of the Philippines’ famed Team Lakay. Once a member of the Philippines Wushu Team, as well as a Wushu-Xanda Champion, the man called “Gravity” is a former ONE Flyweight World Championship contender who holds an 8-4 record. He is riding a two-fight win streak, which includes a unanimous decision over top prospect Gianni Subba in his bantamweight debut.

Still, Tauru and his squad, Team East Front, have studied Eustaquio extensively and are confident “Dynamite” will end the night with his arm raised.

“My team scouted him and I think we have a viable fight plan,” Tauru says. “He is good on his feet and I must counter that.”

Tauru got a late start to MMA, but he has always been a fighter. When he was a little kid, he engaged in the stereotypical roughhousing other children tend to participate in, but he was attracted to the sport while serving in the military.

“I got into mixed martial arts relatively late. I was actually already in the army when I got my first taste of combat sports and now I am seriously training,” he explains. “Of course, we wrestled and had fistfights as kids, but that doesn’t count.”

Following his stint in the army, where he trained and competed in military wrestling, he took a job in construction. But it would be only a few years before he linked up with an old friend and made his way through the doors of Team East Front.

“Combat sports has always been very interesting overall, but I think my catalyst was my friend in the army, who was competing in kickboxing and MMA at the time,” he recalls. “Later, I found my way in the same MMA team.”

Living up to his nickname, the Finnish bantamweight started his MMA career off like a stick of dynamite. Though he fought to a draw in his debut back in 2011 and suffered a loss in his second fight, he followed that up with ten straight wins — seven of which were consecutive submission victories — and claimed the Cage Warriors FC Bantamweight Championship. 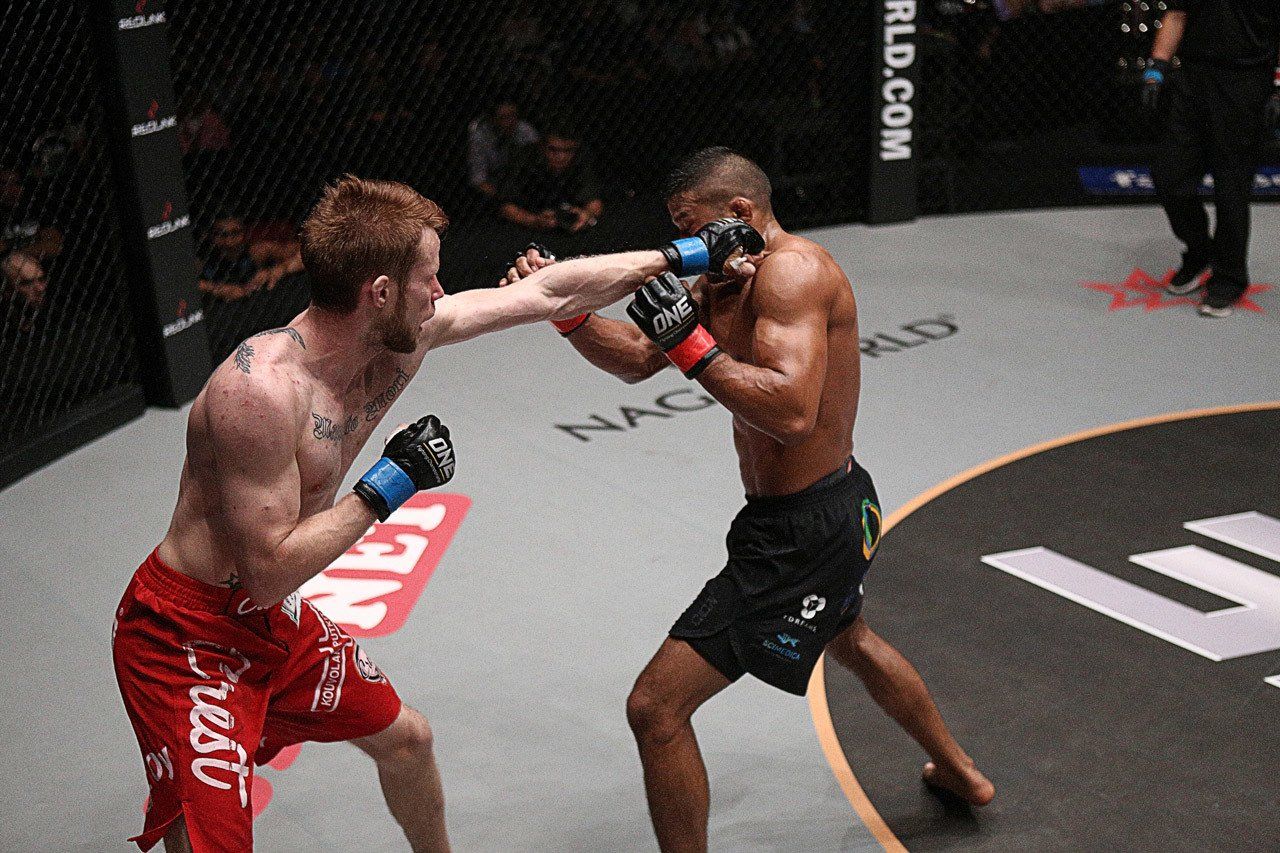 An immediate top contender in the bantamweight division, he signed with ONE Championship in 2015 and was granted a title match against ONE Bantamweight World Champion Bibiano Fernandes at ONE: KINGDOM OF WARRIORS that July.

Tauru lasted longer than most, but the Brazilian knocked him out in the third round to retain the belt. Although he is thankful for the bout, “Dynamite” is keeping his eyes on the prize.

“Bibiano (Fernandes) is tough as nails and also a very humble guy. It was great to challenge him, [I have] lots of respect for him,” he says. “I really have to work my way back up so I can challenge him again.”

He attempted to re-start his climb up the ladder this past January when he squared off against then-undefeated Tajikistani fighter Muin Gafurov at ONE: DYNASTY OF CHAMPIONS (CHANGSHA), but suffered a similar fate in the form of a third-round TKO loss. “Dynamite” also suffered a decision loss this past October.

Now, Tauru finds himself in a difficult position. ONE has some of the best fighters from around the world on its roster, meaning his standing in the division is plummeting rapidly. Plus the recent string of losses and bad luck is foreign to Tauru. It is something he has not experienced and it is a mental hurdle he must jump over.

“I have been thinking about that a lot,” Tauru admits. “I cannot name one factor, but lots of things must have influenced my recent fights. Of course, ONE fights have been against top guys and at that level, it does not always go your way.”

“But I think that I have fought top guys before, so that is not all. Maybe my recent injuries were factors. Who knows? But now I am on track again.”

The Finnish bantamweight is completely focused on Eustaquio, and is working diligently with Team East Front on avoiding the Team Lakay product’s striking strengths, all while fixing his mistakes. He says it is more precise training to fill those gaps that he had in his game. After all, this is sport where you must constantly evolve.

Tauru looks to this upcoming bout as something more than a climb back up the ladder, or a chance to snap his recent string of bad luck. He views it as all of the above, plus an opportunity to visit a new country and to win over the crowd.

“I love traveling, and have never been in the Philippines before. I have been waiting to see it,” he says. “I hope people come to see our fight, and after we are done, I will have new fans there too.”