On Saturday Night, 16 September, the fans in the Jakarta Convention Center were treated to a pair of preliminary bouts with highlight-reel finishes, as well as a spectacular traditional silat match, to kick off ONE: TOTAL VICTORY.

It was a fitting start to the night, as those in attendance were offered their first official glimpse at a couple of talents who could become the promotion’s next superstars.

The 19-year-old has made his statement, that he is here to stay. TV: Check local listings for global broadcast | PPV: Official Livestream at oneppv.com

Thai Rithy may have stepped into hostile territory, but he made his presence felt in his promotional debut, and put away a local favorite in Jerome “RSTP” S. Paye.

From the opening bell, the 19-year-old Cambodian Top Team product controlled the pace of the strawweight bout. He attempted to submit the Jakarta-based Liberian with a standing guillotine choke, and later showed his aggressiveness in the clinch with Kun Khmer-inspired knee strikes.

Paye, who was losing the clinch and stand-up battle, opted to take Rithy down halfway through the stanza, but had trouble dealing with both his opponent’s length and unrelenting attack from the bottom position.

A lull in the action caused the referee to stand the two up with 16 seconds remaining in the opening round, which allowed the Cambodian to fire off a few more punches and elbows for good measure.

That attack continued into round two, where the Cambodian immediately stunned Paye. Rithy backed up the hometown hero against the cage and battered him with a nonstop melee of punches, ultimately knocking him out 19 seconds into the round to improve his professional record to 6-2

Riski Umar, who hails from Ternate, Indonesia, made a successful promotional debut as he scored a TKO over fellow countryman and Jakarta native Adi Nugroho. While this was the first time Umar ever entered the cage, he seemed completely at ease.

The 24-year-old Bali MMA product patiently dodged Nugroho’s opening strikes, and masterfully leaned on his taekwondo and Muay Thai background. At one point, he caught the 23-year-old Nugroho’s kick, delivered a roundhouse of his own, and grabbed the attention of those watching with a beautiful jumping switch kick.

Perhaps feeling overmatched in the stand-up department, Nugroho rushed in for a takedown, and ultimately, that proved to be his undoing. Umar was able to engage the clinch and delivered a pair of thudding knees to the gut.

As he followed up with a jab-cross, the Jakarta native had already fallen down and turned away. That led to the referee stopping the match, and awarding the win to an overjoyed Umar, who starts his ONE Championship career on solid footing. 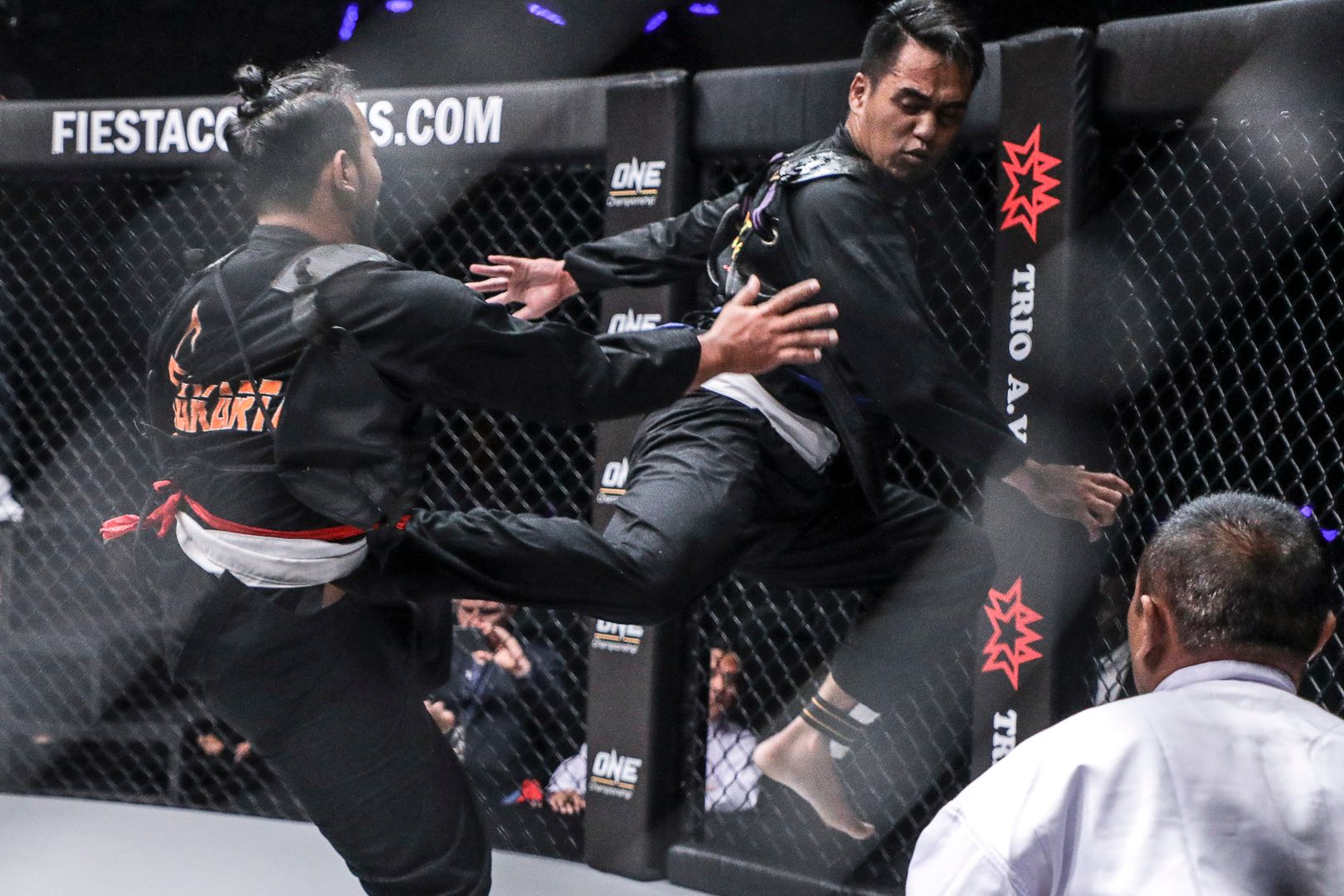