Kaji “Alpha” Ebin knows he has his work cut out to defeat Eko Roni Saputra, but he believes he has what it takes to upset an Indonesian hero on his home turf.

This Friday, the 27-year-old Filipino will face the multiple-time national wrestling champion in his country’s capital of Jakarta at ONE: DAWN OF VALOR, where almost every fan will be rooting against him.

The Bulacan native recognizes that will give his rival an extra edge, but that has not dampened his spirits too much because he is itching to compete again after 12 months out of action. 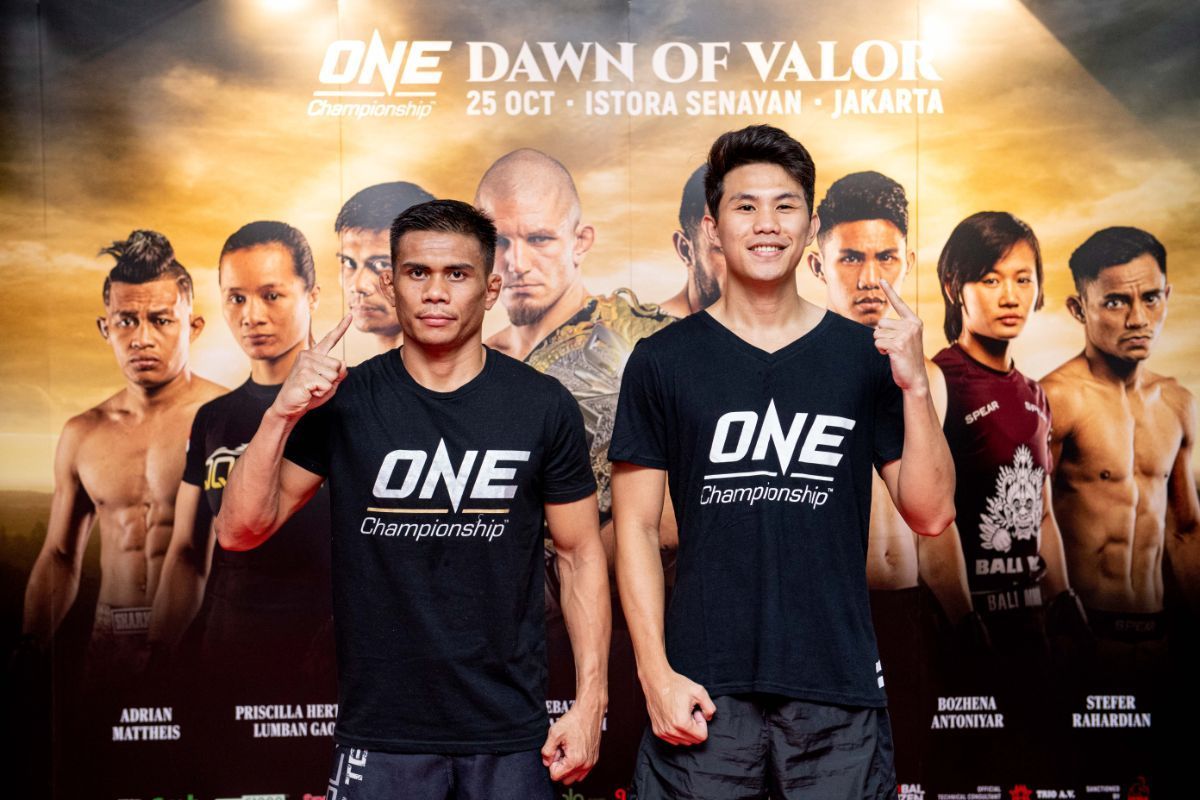 “I’m really excited to get back in the Circle, but at the same time, there are nerves,” he says.

“I’m happy for another opportunity to show my skills, and to show that I am training really hard to get better.

“This is my first match this year, and I want to showcase everything that I worked hard and sacrificed for throughout the years.”

Ebin does not view his inactivity as a disadvantage. In fact, he believes it can work in his favor because of the number of improvements he has made to his skill set since last October.

The flyweight athlete has shown how dangerous he can be by scoring both of his professional wins via first-round submissions, and he has worked hard on adding tools to his game to counter his rival’s greatest strength.

While he admits he might be outmuscled if Saputra tries to turn their contest into a grinding, grappling war of attrition, he thinks he has the strategy to stop him and score a highlight-reel finish.

“This Friday, I’ll show all those improvements inside the Circle,” he says.

“Eko Roni Saputra is a big man. On top of his wrestling game, he also has good striking. At the same time, he’s very agile. That’s why I’m really working hard for this, because I know this won’t be easy.

“But for me, I’m the faster athlete, especially in striking. We have an excellent game plan this Friday, and if my plan succeeds, I believe that I can knock him out in the first or second round.”

Though he may not be able to match the Evolve representative in terms of strength and explosiveness, “Alpha” has the height and reach advantage to cause his opponent a ton of problems.

He also has far more experience. The Indonesian may have a decorated background in wrestling, as well as some boxing experience, but he only began to put his disciplines together as a mixed martial artist little more than a year ago. In contrast, Ebin has been a professional since 2016.

Plus, as motivated as Saputra is to perform in front of his home crowd, the man from Manila is fired up to make his mark in the world’s largest martial arts organization, and show why he was recruited 18 months ago. “I’ll give everything because this is for all the people who believe in me, particularly my family and my UGB MMA family,” he says

“I want to show that I deserve my spot here in ONE and that I improve every time. I want to end the year strong, and I have no plans to lose again. I will do everything to get that win in Jakarta.”