When the “Jungle Cat” Muhammad Aiman steps back into the cage on 10 February, he will exhibit a little bit of patience before unleashing his bite.

The former MIMMA Featherweight Champion is set to clash with three-time Sao Paulo State BJJ Champion and MMA newcomer Eduardo Novaes at ONE: THRONE OF TIGERS, held in his hometown of Kuala Lumpur, Malaysia.

“I feel confident in my striking, so I am going to keep it standing and attack him,” the 22-year-old says. “I am not going to rush to knock him out. I will tag him, see what opens up, and go for it.”

Aiman is the type of individual who chases after his deepest desires, even if they sometimes feel out of reach.

Though born in the Malaysian state of Negeri Sembilan, Aiman spent most of his childhood slightly north in Selangor. His father worked as an accountant and his mother as a secretary, and together, they were able to provide for Muhammad and his three younger siblings.

By the time he was 15, the family moved back to Negeri Sembilan and he attended high school at SMK Panchor Jaya. He was not necessarily bullied, but being the new kid from a rival state caused a bit of grief and led to a handful of fights.

A year later, he went from fighting in school to fighting in the gym when Aiman signed up at a local boxing gym to try his hand at the sweet science. The teenage “cat” excelled at it — so much, in fact, that he represented his school against institutions from other Malaysian states and won a couple of gold medals. But in 2013, with his 18th birthday approaching, his attention diverted from boxing to mixed martial arts.

“I saw MMA on YouTube and thought it was really cool,” he remembers. “I wanted to kick and knee and elbow, and roll — all of that. So I watched more YouTube, saw a little bit of BJJ, and played around with my friends. They held pads for me. I had no gym to train at. I just trained with my friend in the backyard of his house.” 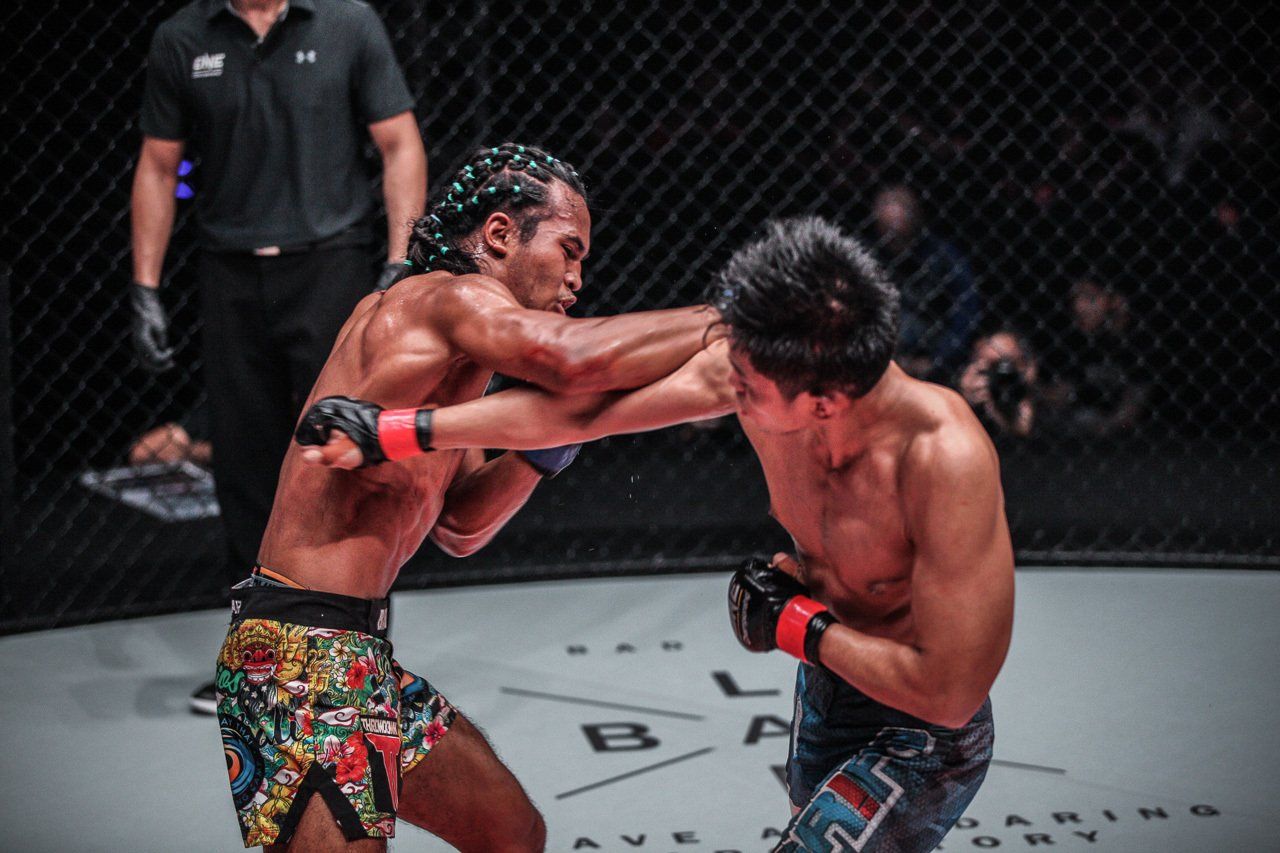 Coincidentally, that was the same time Malaysian Invasion Mixed Martial Arts, better known as MIMMA, came into existence. The amateur promotion was about to launch their first season and, despite knowing very little about other fighting disciplines, Aiman wanted to get in on the action.

Aiman proceeded to blast through to the bantamweight finals before falling short of the title at the end of the season. Still, the feat was quite impressive for a teenage boxer who learned a few moves via YouTube.

Through his newfound contacts, he went from practicing in his friend’s backyard to training at Klinch MMA in anticipation of the organization’s second season. He competed in the flyweight division and had a successful run to the finals, but unfortunately was unable to challenge for the belt when he missed weight.

Aiman sat at home for four months, depressed and left to evaluate his young life. It was the second time he was close to being a champion, only to be let down. But during this time, he was invited to train at Tiger Muay Thai. He accepted the invitation, recommitted to his new career path, flew to Phuket in Thailand, and following a training session, got some much-needed advice from a ONE Lightweight World Championship contender.

“I talked to Roger Huerta,” the Malaysian details, “And he said: ‘man, you are almost there, stay with MIMMA.’ So I stayed, I fought again in MIMMA, and won.”

Jungle Cat took home the promotion’s featherweight title and turned professional soon thereafter. Though he lost his professional debut, Aiman was given a chance to redeem himself, and an opportunity to compete in ONE Championship, in front of his countrymen in Kuala Lumpur last September as part of the undercard of ONE: UNBREAKABLE WARRIORS. 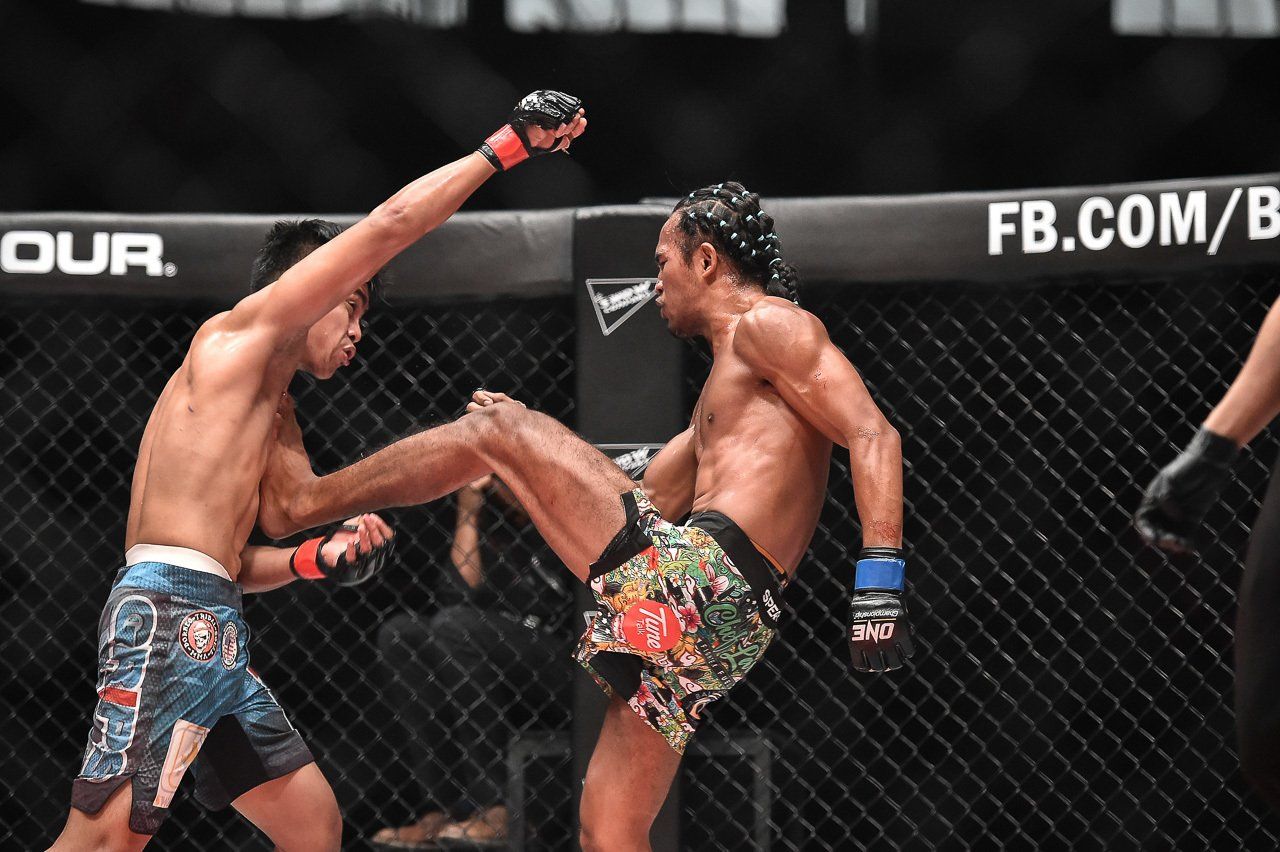 Aiman took on Hisyam Samsudin in an action-packed contest. He had the edge in the striking department, and although his nemesis took him down, the “Jungle Cat” was much more active and nearly ended the fight with a deep armbar. It went to the judges’ scorecards, and the local hero earned his first victory.

“I was really nervous, but at the same time, I was pumped,” he admits. “It was my first pro fight in Malaysia, and a lot of my friends and family came. It was a nice feeling winning that fight, plus my family was always complaining that I finished my amateur opponents in the first round.

“They said: ‘we stay for one minute and it is over’, so it was nice to have three rounds they could watch. It was a little harder for me, but they liked it.”

The Malaysian prospect will take a step up in competition at the upcoming ONE: THRONE OF TIGERS card. Though his opponent, Eduardo Novaes, is making his professional MMA debut, the 36-year-old is an accomplished BJJ black belt who has held many grappling titles. 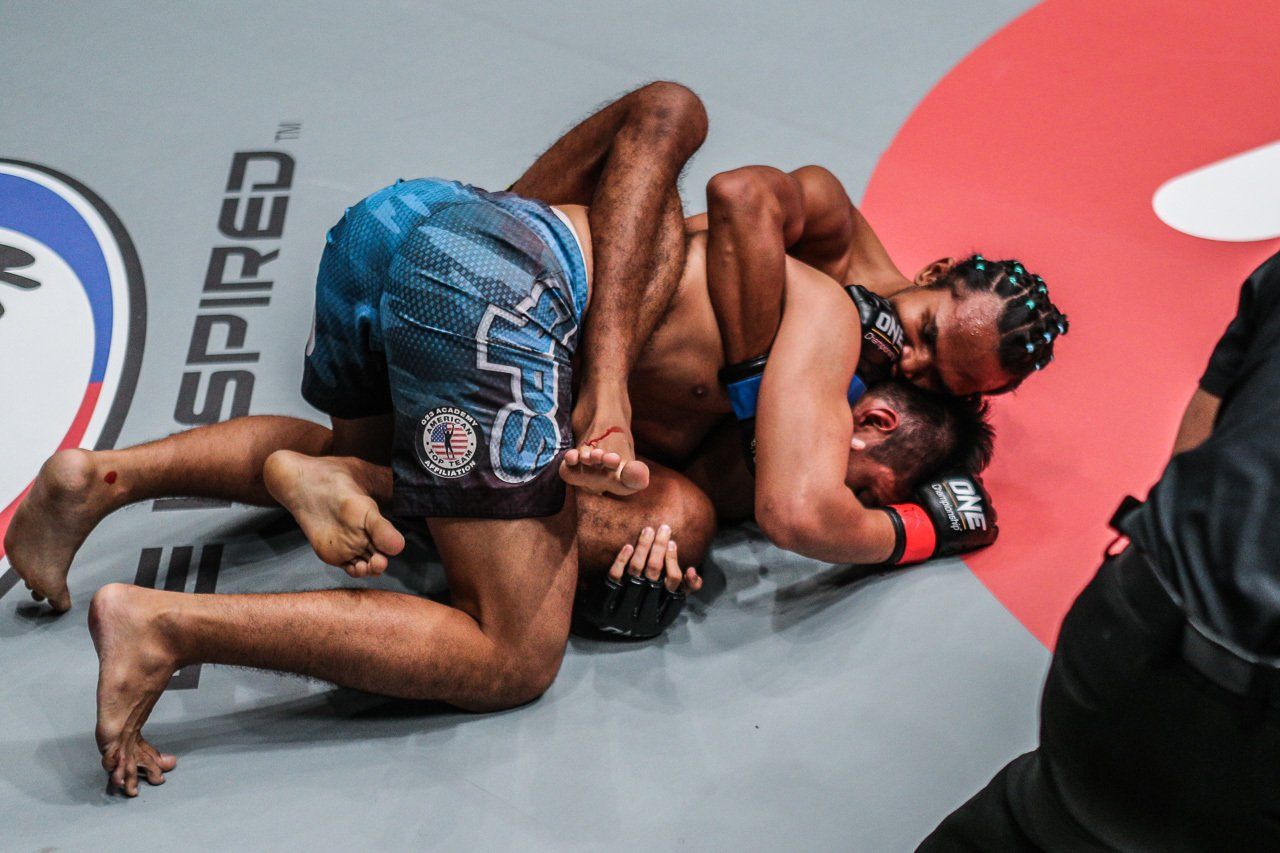 Aiman has his work cut out for him, but the blue belt has been improving in all aspects of the game at Bali MMA. Beyond that, his time at the Indonesian camp has made him an even better person. The kindness and gratitude of his teammates has not only further motivated him to chase his dreams of MMA stardom, but it has also inspired him to pass along the same goodwill he has been shown.

“I just feel really lucky to be doing what I love. I have no money out here. All the people here are helping me out — giving me free bikes to use, a free room to stay in, and sometimes they give me a surfboard to borrow.

“I just use my money for food and that is it. Everything else, people help me out. I do not expect it, but they take care of me,” he says. “I am not making a lot of money yet, but when I do, I am going to give back with everything I have. That is how it is out here. I feel very lucky.”