Tang Kai and Ryogo “Kaitai” Takahashi both predicted a knockout finish to their featherweight mixed martial arts battle at ONE: FISTS OF FURY II, and the Chinese star made good on that promise.

Tang’s laser-sighted punches gave him the first-round victory at the previously recorded event that aired from the Singapore Indoor Stadium on Friday, 5 March. With so much firepower in their respective arsenals, both Tang and Takahashi spent the opening minute measuring their rival up before committing to full-blooded strikes.

The Qingdao native landed first when he popped “Kaitai” with a stiff jab that briefly deposited him on the mat. The Japanese slugger bounced right back up, but Tang’s punches had earned his respect.

Takhashi went to his trademark low kicks to score on his taller foe, attacking the lead thigh and calf, but Tang kept up his movement to avoid being a static target for the damaging blows.

The Sunkin International Fight Club representative then fired back with his own low kicks, and despite not having the same sting, they reminded “Kaitai” that his offense would not come for free. 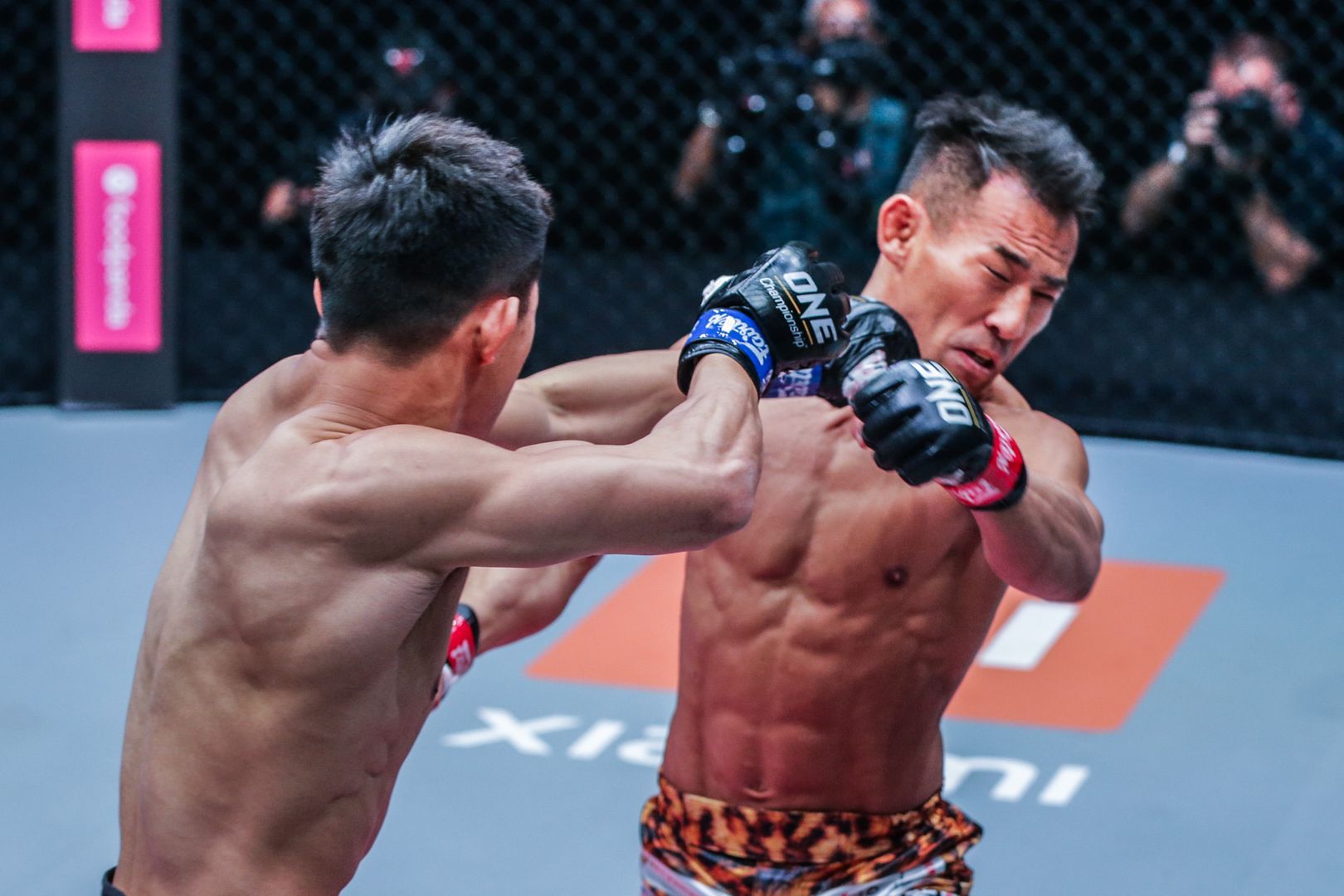 Tang continued to look for the right opening to really step in with his shots – and he found it.

The WBK Tournament Champion gauged the distance with his long jab and darted forward with a reaching right hand that found Takahashi’s chin.

The left hand that followed dropped the Krazy Bee man to the mat. Takahashi instinctively tried to post his hands to find his feet, but Tang let rip with a hammerfist and then a flurry of hooks that found their target.

With “Kaitai” in big trouble, the referee dived in to stop the assault and waved off the contest at 1:59 of round one.

The victory was Tang’s fourth straight on the global stage, including a pair of KO finishes. He now boasts an impressive 12-2 record and is knocking on the door of the featherweight top five.