Stamp Fairtex took another step forward in her campaign toward a mixed martial arts World Title with a brilliant performance against Bi “Killer Bee” Nguyen at ONE: MASTERS OF FATE.

On Friday, 8 November, the Thai striker barely looked troubled on her way to a unanimous decision win inside the Mall Of Asia Arena, in Manila, Philippines.

Nguyen came charging out of her corner, but Stamp quickly imposed her strength in the clinch – first by tossing the Vietnamese-American onto the mat, and then by attacking with heavy knees as her rival tried to shoot for a takedown.

When the athletes separated, the 21-year-old from Pattaya also looked to be in complete control as she slipped out of the way of “Killer Bee’s” punches and countered with accurate punches and elbows.

Stamp stayed composed in the second round and continued to counter-attack with precision and power.

Once again, every time Nguyen came forward to grapple, the ONE Super Series Atomweight Muay Thai and Kickboxing World Champion made her pay by defending the shot and responding with more knees in the clinch. 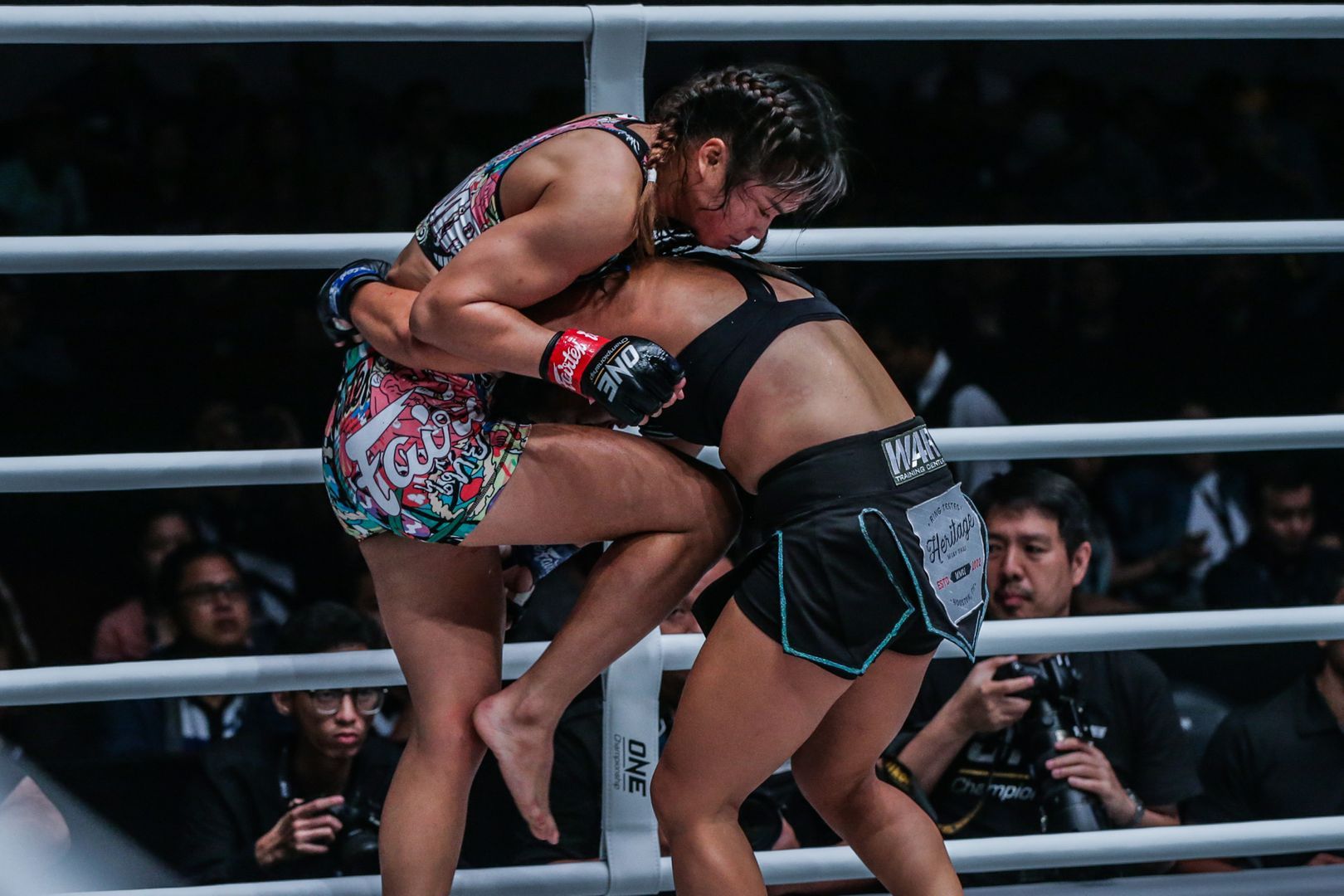 The third and final stanza saw Nguyen come forward with even more aggression than before in an attempt to catch Stamp with her fists, but once again, Stamp evaded most of the shots that came her way.

Nguyen’s attempts to score a knockout failed to shake the Rayong native, who continued to frustrate the Heritage Muay Thai representative until the final bell as she scored with punches and roundhouse kicks.

After an enthralling 15-minute contest, all three judges handed Stamp the unanimous decision win to raise her mixed martial arts record to 3-0. 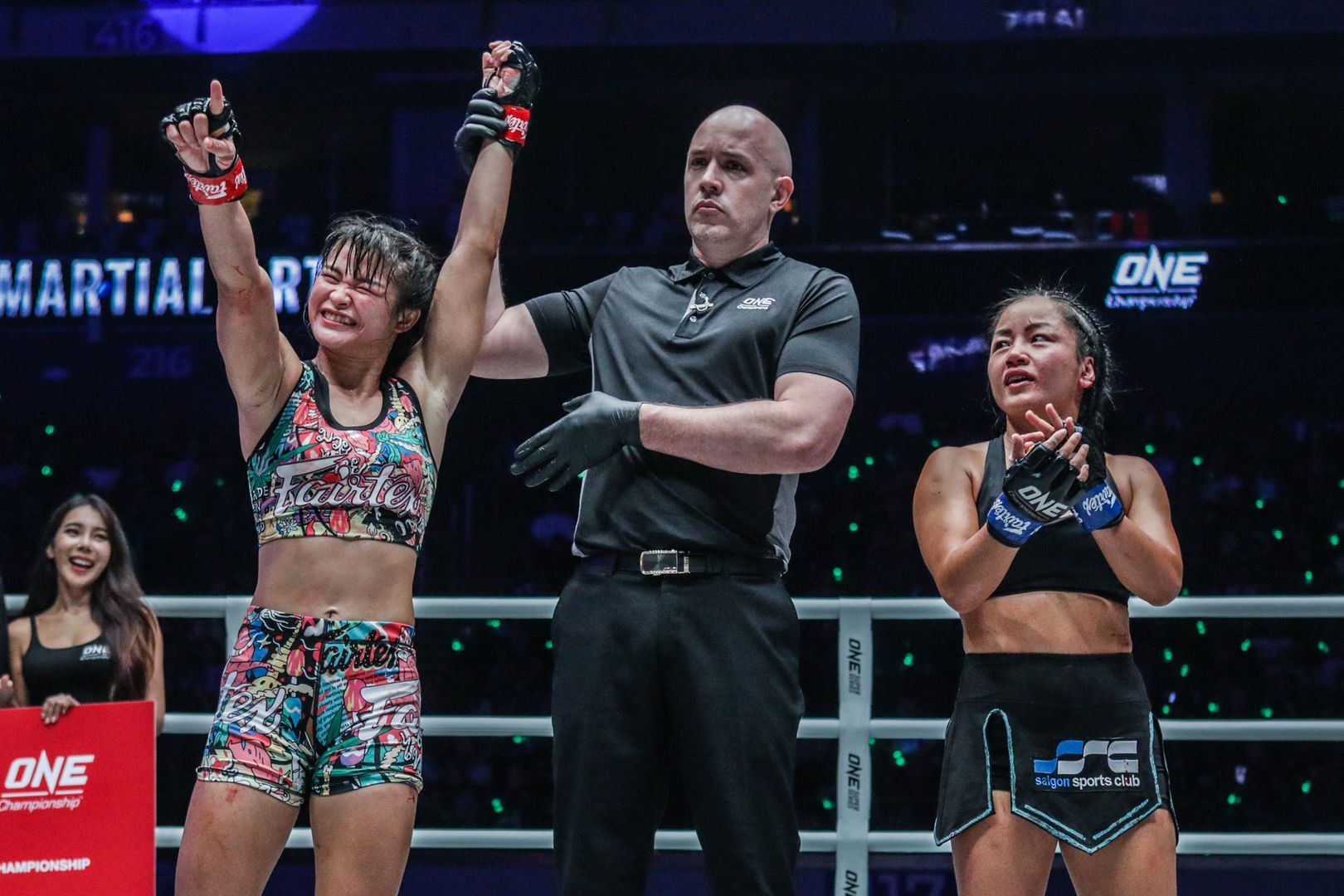 After her hand was raised, Stamp revealed that she plans to focus on her mixed martial arts campaign next year, so she can secure a shot at the ONE Women’s Atomweight World Title and become a three-sport World Champion.