Sorgraw Petchyindee Academy is eager to return to action at ONE: MASTERS OF DESTINY and show off his world-class Muay Thai skills against an opponent like no other in ONE Super Series.

Next Friday, 12 July at the Axiata Arena, in Kuala Lumpur, Malaysia, the 26-year-old will finally get to showcase his Muay Thai skills in the world’s largest martial arts organization again.

The man from Bangkok, Thailand will face WMC Muay Thai World Champion George Mann in a featherweight contest, and though he admits there is some anxiety about his comeback after seven months on the shelf, he is prepared.

“I’m a bit worried about the layoff,” he says.

“It isn’t really normal for me, so I have trained even harder to make up for it.”

Sorgraw hails from the Prakhon Chai region of Buriram province, that is known for producing the most competitors in Thailand, as well as the most success stories.

He now trains out of the famed Petchyindee Academy in Bangkok, where he was polished into a WMC and Lumpinee Stadium Muay Thai World Champion.

Despite his exceptional Muay Thai aptitude, his previous two performances with ONE Championship were contested under kickboxing rule. Although he was happy to step into the Circle to get an impressive win against Samy “AK47” Sana and face Giorgio “The Doctor” Petrosyan, he is delighted to finally have a match in “the art of eight limbs.”

“I’m really happy to get to fight Muay Thai because I’ve been competing in this style since I was a child,” he says.

“It will be great to showcase my skills as a Muay Thai fighter.”

Though he is from Scotland, Sorgraw’s opponent has also trained Muay Thai since childhood. Mann first took up Thailand’s martial art when he was just 7, and has racked up more than 30 wins by the age of 21.

The Glasgow native has faced some top Thai competition, and in his ONE Championship debut, it took the judges’ scorecards to separate him from ONE Featherweight Kickboxing World Grand Prix semifinalist “Smokin” Jo Nattawut after an exciting three rounds.

In that match, he proved he can hold his own against one of the most dangerous athletes on the roster, and at 194-centimeters tall, he is a handful for anyone. However, Sorgraw has made specific preparations to even the odds.

“I’m really focused on training right now, and have watched tapes on him to study his style,” he explains.

“I think my leg kick will be effective in this fight. I hope it will slow him down a little, so I can then use my punches. I think this strategy will work despite my height disadvantage.

“He’s got a long teep and good knees, but I’ll be ready for anything.”

Muay Thai World Champion Sorgraw's strikes are nothing to be messed with!

A strong game plan has given Sorgraw a lot of confidence, but so has his preparation with his team of elite competitors.

The 26-year-old is blessed with a highly diverse training troupe – from the Thai World Champions of all sizes to foreign athletes including Savvas “The Baby Face Killer” Michael.

He says that combination of teammates has helped him for the gigantic British athlete who now trains out of Riddlers Gym in Perth, Australia.

“We’ve got a lot of high-level foreigners training at the gym, and also lots of other big Thais for me to clinch and spar with. It is a great dynamic.”

He is also feeling relaxed thanks to his preparation with long-time gym mate Petchmorakot Petchyindee Academy, who will face Petrosyan in the main event.

The pair will travel to Kuala Lumpur together and work closely with each other throughout event week before they enter the ring.

“It is going to be great to travel with Petchmorakot. It will make the trip a lot more relaxed and fun to have him there, supporting each other,” Sorgraw adds. 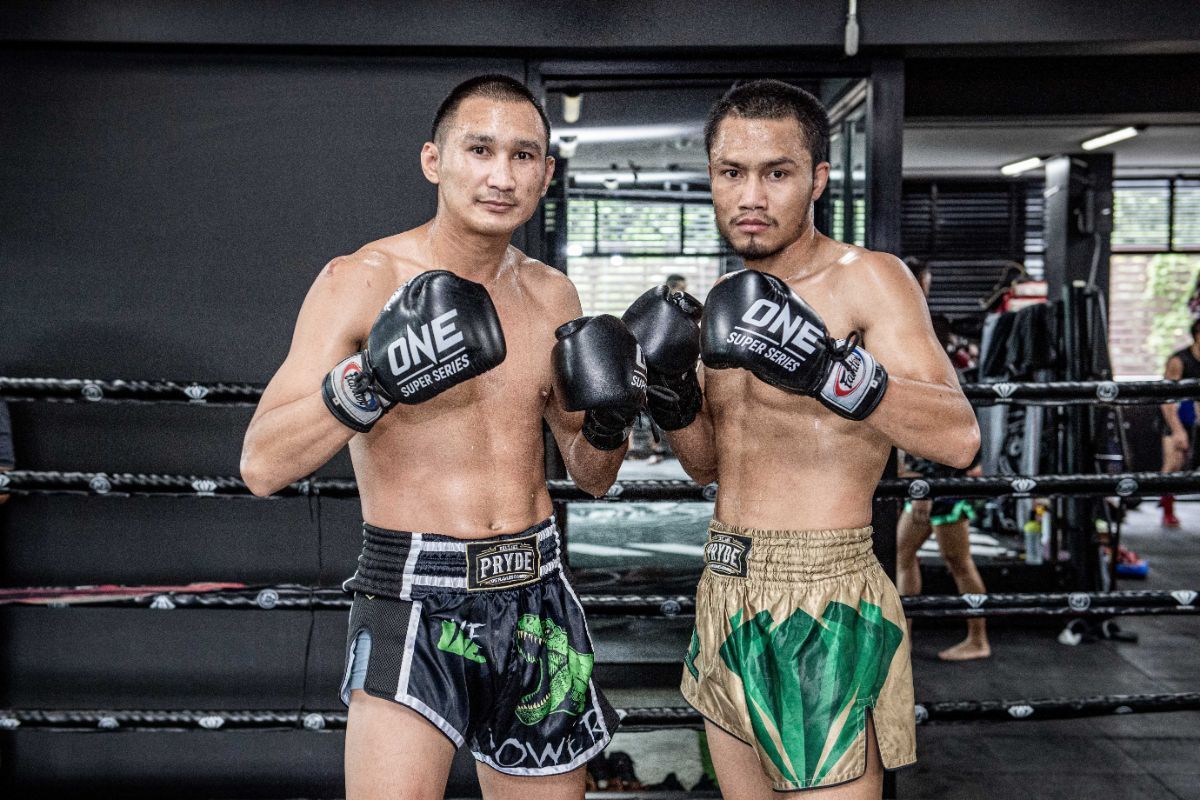 Despite a short period of inactivity, Sorgraw is ready to get his hand raised in The Home of Martial Arts and add to his win last year against the man who shocked the world with his defeat of Yodsanklai IWE Fairtex.

The Thai hero believes an impressive performance will open a lot of dors for him to move on to even bigger and better things for the rest of 2019.

“I’m really focused on getting the win in Malaysia first, and from there we’ll see how it goes. With every win, it will create more opportunities for me,” he says.

“I want to fight as much as I can with ONE – until I can’t fight anymore!”