“Double Hearts” Song Min Jong may have fallen short in his ONE Championship return last year, but he plans to make up for that effort by taking out an undefeated phenom this Friday, 27 August.

That evening, the South Korean veteran will face Myanmar rising star “The Dragon Leg” Tial Thang in a bantamweight mixed martial arts clash at ONE: BATTLEGROUND III in Singapore, and he intends to become the first person to beat – and finish – Aung La “The Burmese Python” N Sang’s protege.

“In this bout, I will win by submission,” Song states.

“I will strike with him. If we get to the clinch, I’m going to be using a lot of my knees and body shots to make him tired, and I’m going to end up submitting him, most likely by rear-naked choke.” 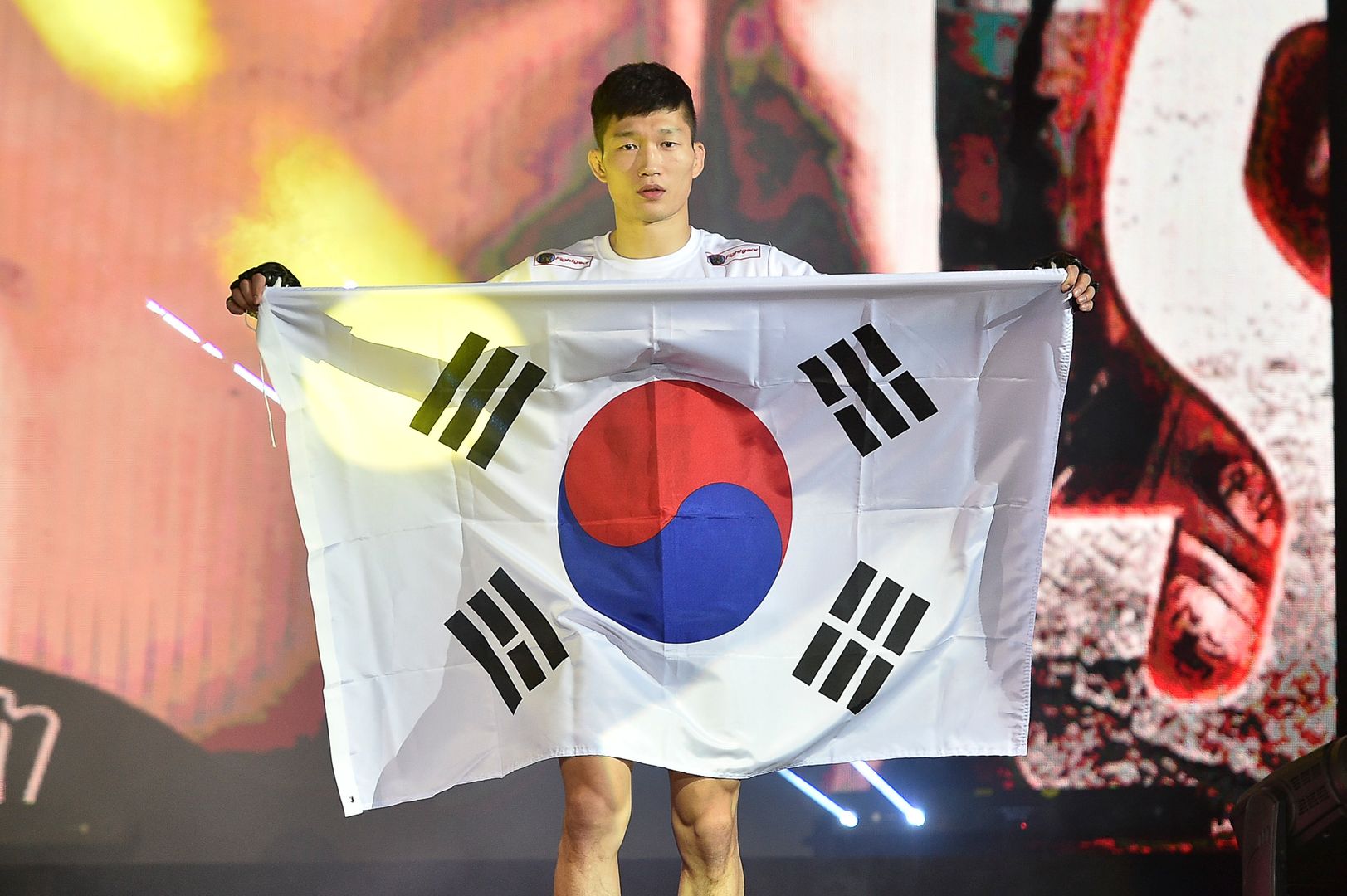 Song, who trains at the famed Monster House gym, is highly motivated to get back on track after snapping his four-bout winning streak last November.

The 29-year-old Seoul native squared off against former ONE Flyweight World Champion Geje “Gravity” Eustaquio at ONE: INSIDE THE MATRIX III with the hope of making a triumphant return to the promotion.

Though the result was disappointing, the South Korean athlete gained some valuable knowledge and a new respect for the former flyweight king.

“After my bout with Geje, the first thing that popped into my mind and the lessons I learned is that he is a true veteran and a true champion,” Song says.

“He has that veteran mindset, he has that experience. That was something that I learned from him. But at the same time, I felt like, since he’s a former champion, I know what that level is now. I can be one of them, also. Those are the two things I learned after the bout.” 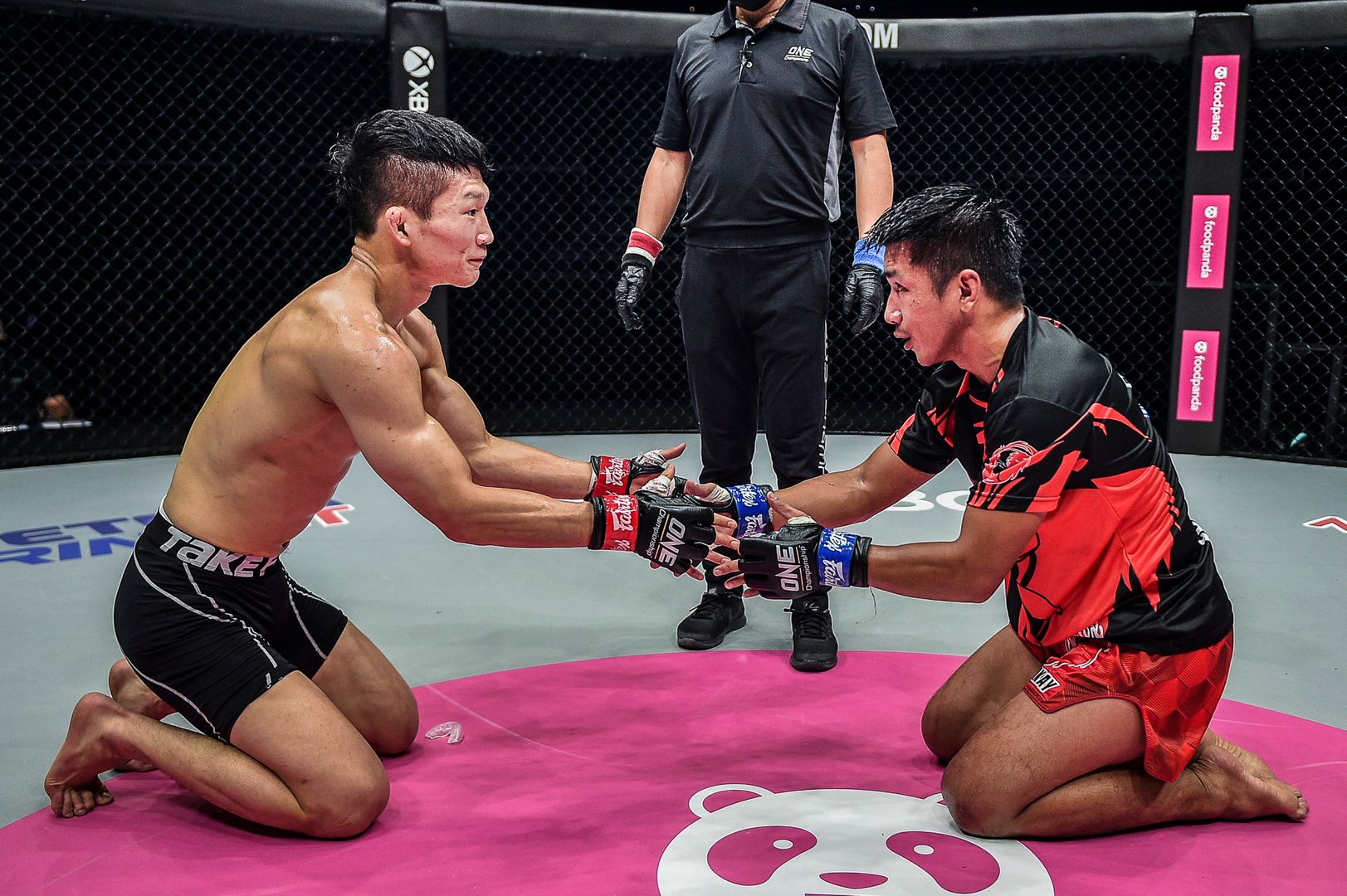 The tables have now been turned.

Song will enter Friday’s clash at ONE: BATTLEGROUND III as the veteran, and in order to get his 12th career victory and begin his charge toward the bantamweight gold, he must stop the meteoric rise of Tial Thang.

Under the mentorship of ONE Championship superstar Aung La N Sang, the four-time Myanmar Wrestling Champion has built a dangerous skill set to complement his elite grappling – with a specific focus on his striking.

Tial Thang has continued to display vast improvements in every outing, even scoring a second-round TKO victory over Paul “The Great King” Lumihi in his most recent showing this past February.

“The Running Man” has observed his opponent’s rapid development, but he still sees plenty of holes in the Myanmar athlete’s game.

“I believe that I’m a more accurate athlete when it comes to striking. I’m way more accurate, which means that I can strike with more accuracy and give him clean shots,” Song says.

“I also believe that I have kicks that Tial Thang doesn’t have. I’m going to use that a lot. That’s going to be a plus for me. 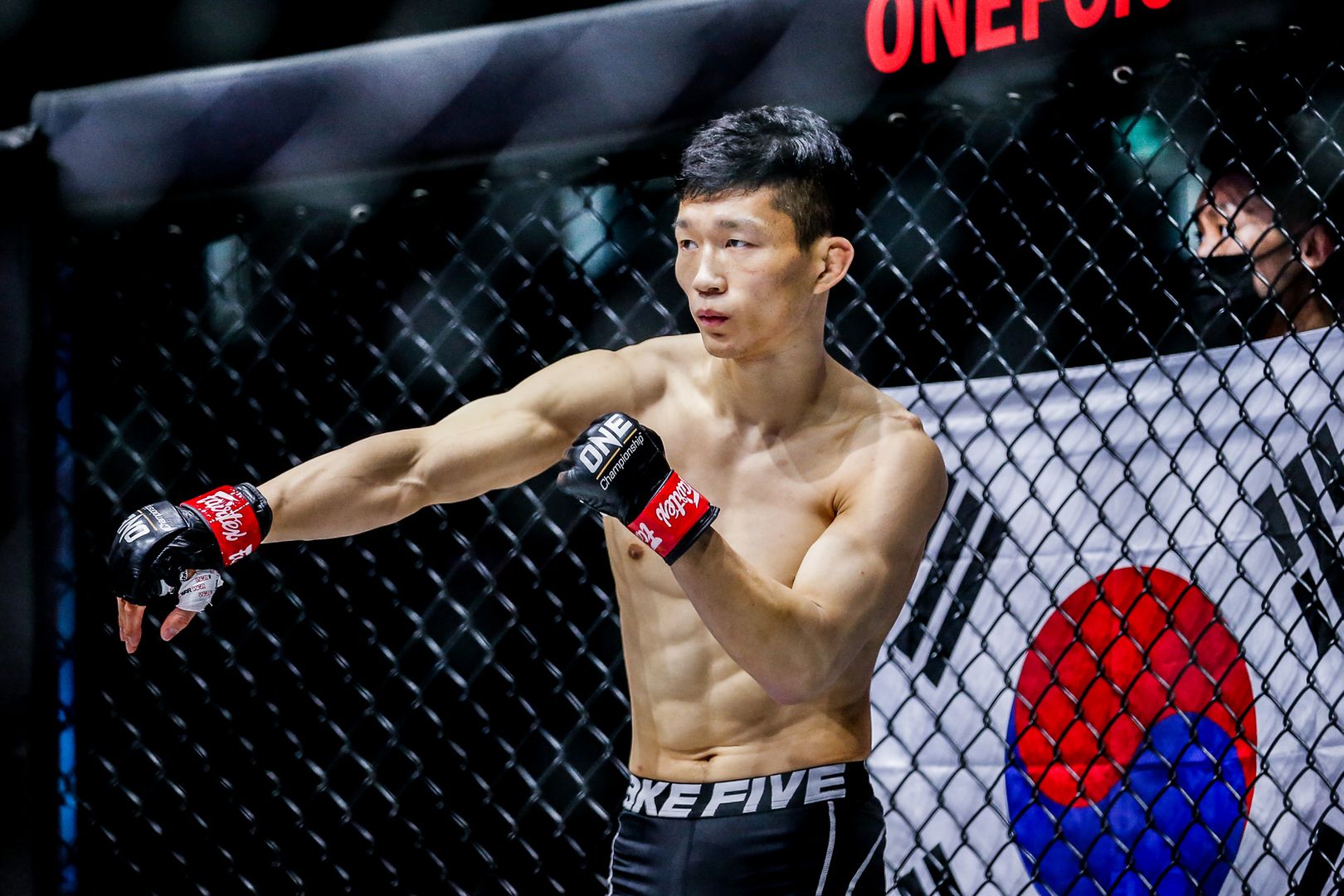 But also, Song knows “The Dragon Leg” likes to overwhelm his foes with immense speed and pressure.

While that offense tends to fluster some mixed martial artists, “The Running Man” doesn’t think it will faze him. In fact, he expects it could lead to the Myanmar warrior’s own downfall.

“Tial Thang has a very fast pace, and I believe that can be both a strength and a weakness,” he says.

“What I’m planning to do is I’m going to use that fast pace of his to my favor. I’m going to lock him against the Circle [Wall], and I’m going to make him tired very quickly.”

Should that strategy pay off, Song could indeed become the first person to beat Aung La N Sang’s star pupil.

And if that happens, he would undoubtedly erase the memory of his last performance and take a monstrous step forward in his World Championship aspirations.