Ever since stepping into ONE Championship, “The Dragon Leg” Tial Thang has shown that a new star from Myanmar is capable of reaching the pinnacle of mixed martial arts.

The undefeated bantamweight will return for his next challenge against South Korean veteran “Double Hearts” Song Min Jong at ONE: BATTLEGROUND III, which airs from the Singapore Indoor Stadium on Friday, 27 August.

Tial Thang – who trains at Sanford MMA alongside his famed compatriot and inspiration, Aung La “The Burmese Python” N Sang – is coming off his best performance to date. The 27-year-old earned a second-round TKO win over Paul “The Great King” Lumihi at ONE: UNBREAKABLE III in February to keep his professional record spotless.

Ahead of his next appearance on the global stage, Tial Thang sat down for an exclusive interview to speak about his attitude toward fighting, the sacrifices he made for the upcoming bout, his views on the matchup with Song, and more.

ONE Championship: You picked up a big victory over Paul Lumihi. How did you feel throughout the event week and then after getting the finish?

Tial Thang: My last fight was very important for me because it was my first time fighting without our fans during the pandemic. But everything went great thanks to God. Everything went as planned. The fight week, I felt great and everything worked out as planned, so it was great.

ONE: What is the importance of continuing to finish your opponents and leaving a positive impression on the fans early in your career?

TT: For me, I love fighting. Every time when I get in there, I’m going to look to take your head off or whatever I can take. And I’m looking to fight. So, for me, it’s not about just finishing.

For me, it’s to perform up to my capabilities. I love to finish, of course. I always work for the finish, but I focus more on myself. Am I performing the way I should be? Am I doing the right thing that my coaches taught me? That’s my focus. 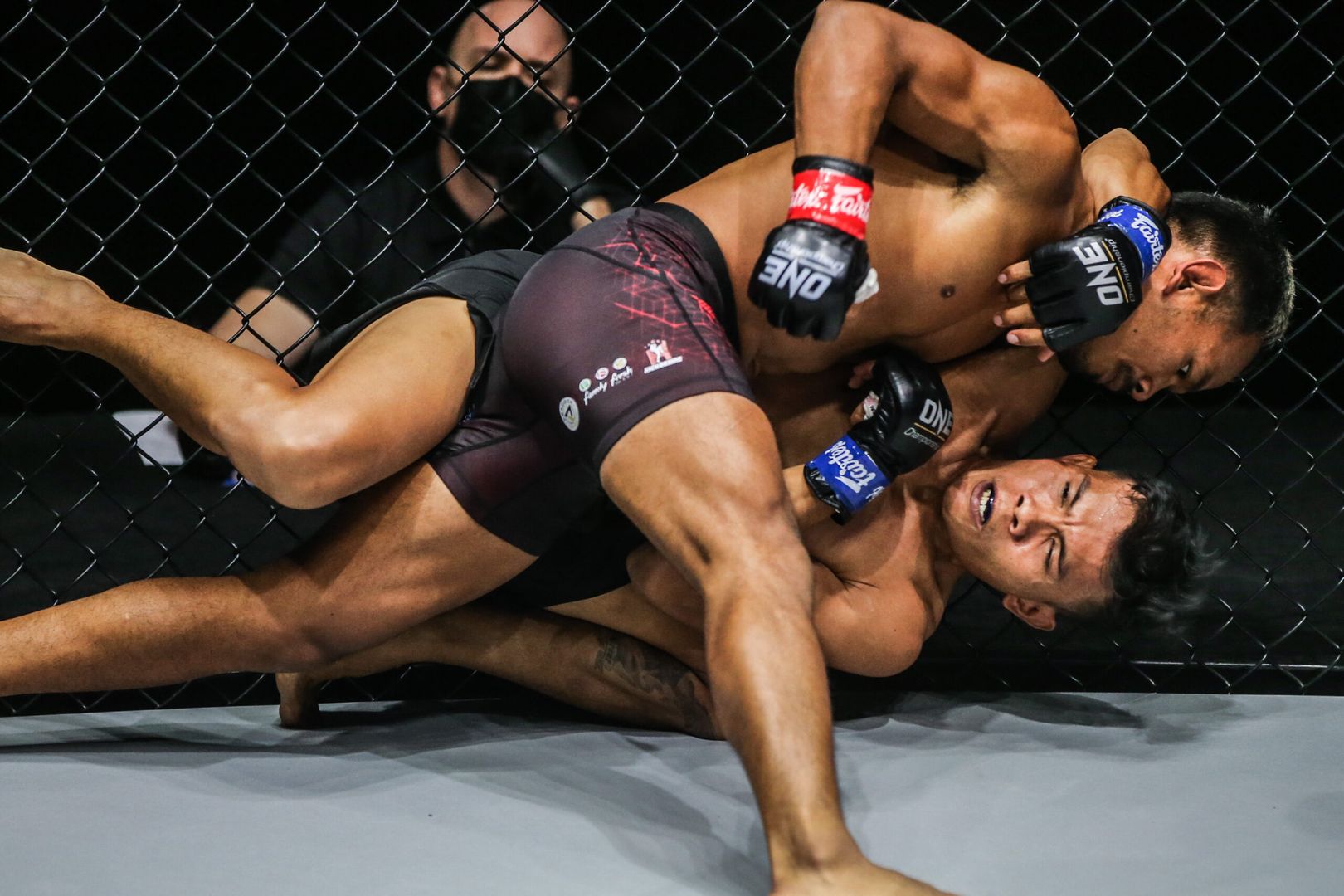 ONE: How has training at Sanford MMA improved your all-around game heading into ONE: BATTLEGROUND III?

TT: I’m so blessed to be a part of this amazing Sanford MMA team. Not only do we have great training partners, we have great coaches. And the facility, man, is amazing. I mean, it’s the biggest gym I’ve ever been to, and everybody in this gym has the same goal as you.

They’re looking to perform. They’re looking to provide for their family. So, it’s good to be in those types of environments. Every day, twice a day, we have coach Greg Jones, Kami [Barzini], Henri Hooft, and coach Nik Lentz working on our weaknesses. I cannot wait to show what I’ve been working on.

ONE: How do you assess the strengths and weaknesses of your opponent, Song Min Jong?

TT: I believe he was a Road FC Flyweight Champion. So, of course, if you went to a five-round fight, and you’re a champion of some organization, I give you respect. I respect that a lot.

I think he has good striking. He’s fast, and his grappling is also decent. I don’t see his weaknesses so much, so I cannot wait to find out my skill set with this type of opponent.

I’ve been looking forward to this type of fight. He’s coming forward. I’m coming forward. In my past three fights, I feel like [my opponents] were running away a little bit, so I had to chase them down. And I don’t see that going into this fight. I think he’s going to come forward, I’m going to go forward, and we’re going to collide in the middle of that Circle. 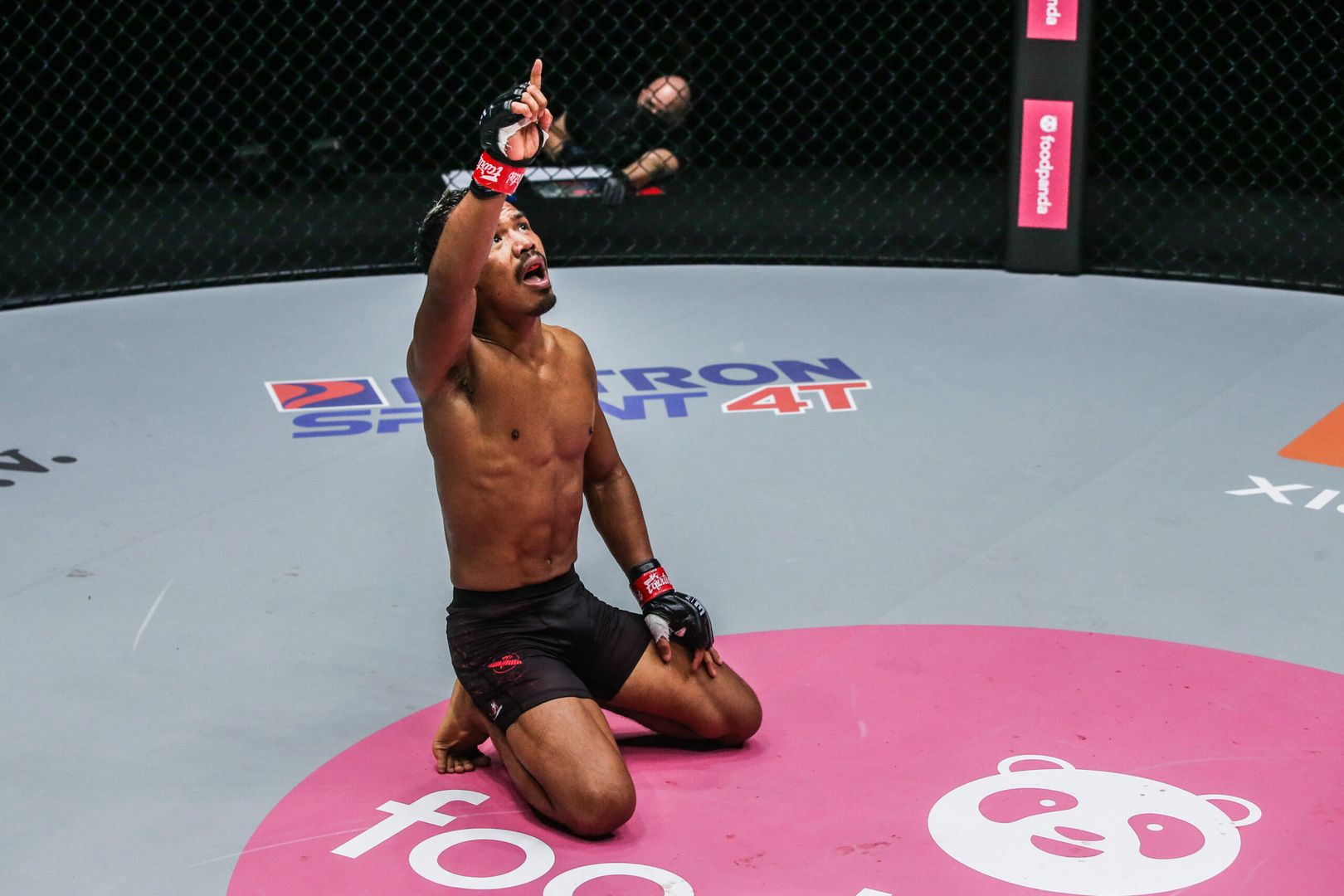 ONE: You said you cannot wait to find out your skill set with this type of opponent. Why is that such an exciting opportunity for you?

TT: If you look at this ONE Championship bracket, I think bantamweight is the most stacked division.

For me to fight a guy like this in my fourth fight is an honor, but I’m not going to let this opportunity slide by, and I’m going to show the world what I’m capable of doing in the Circle. And hopefully, they will find my identity in this fight.

ONE: How are you looking to end this match?

TT: As I said before, the moment I get into that Circle until I hear the ref, I’m going to look for the finish.

I’m going to pressure. I’m going to go in there and block his shots, hit him back with three-pieces, four-pieces, whatever, take him down, ground-and-pound. Whatever it takes.

ONE: How do those sacrifices show your dedication to this sport and what it takes to compete on its biggest stage?

TT: You know, I can’t say much because I’m just a beginner. But if you really want it, you have to be willing to sacrifice.

I have amazing people surrounding me, like Aung La [N Sang] and all my Sanford MMA teammates. They are doing the same thing. They sacrifice as much as I do.

ONE: What’s your final message to Song Min Jong before you both step inside the Circle?

TT: Be ready. Because I’m coming, and I’m coming hard.