Shuya “Stealth” Kamikubo may have booked his ticket to a ONE Bantamweight World Title shot after another dominant performance.

On Saturday, 16 February in Bangkok, Thailand, the Japanese star overwhelmed “Ottogi” Dae Hwan Kim over 15 minutes to earn a wide unanimous decision at ONE: CLASH OF LEGENDS.

Kamikubo got off to a fast start inside the Impact Arena by rushing at his opponent to initiate a grappling exchange in the corner of the ring.

The DEEP Tournament Champion controlled his opponent from the back and let go with punches to the face in the corner. Kim fired back with elbows, but he could not match his Japanese rival’s output.

“Stealth” built on his lead by hitting a double-leg takedown, and he controlled the action on the mat as he stuck to the South Korean like glue. On the one occasion Kim slipped out, Kamikubo was straight back on top of him. 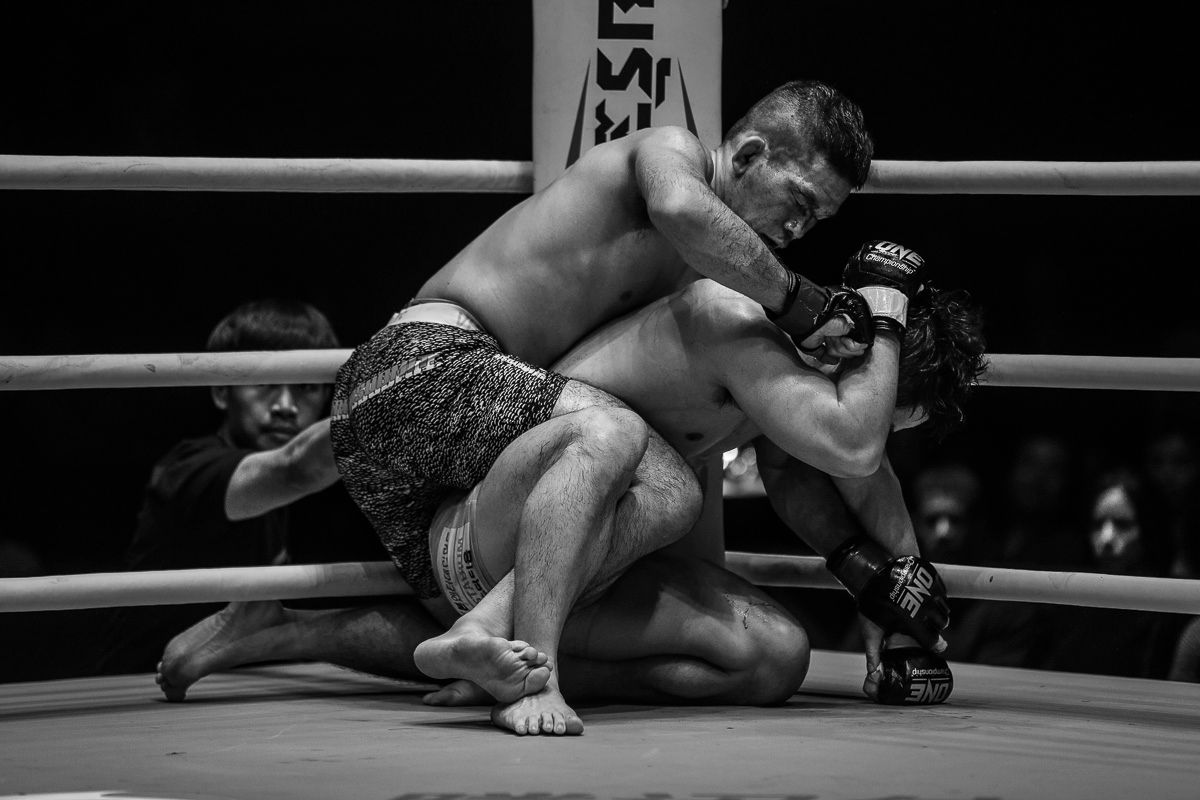 Things got worse for Kim in round two as Kamikubo took the action right back to the canvas — only this time, it was in the center of the ring.

The 25-year-old quickly sliced through his opponent’s guard to move into side control, where he started to pile up the points with punches and knees, without much threat of a comeback.

More of the same followed in the third and final round.

“Stealth” did not rush anything, but was always moving forward when he got the contest down into his world. He kept control of Kim’s legs and continued to land strikes. 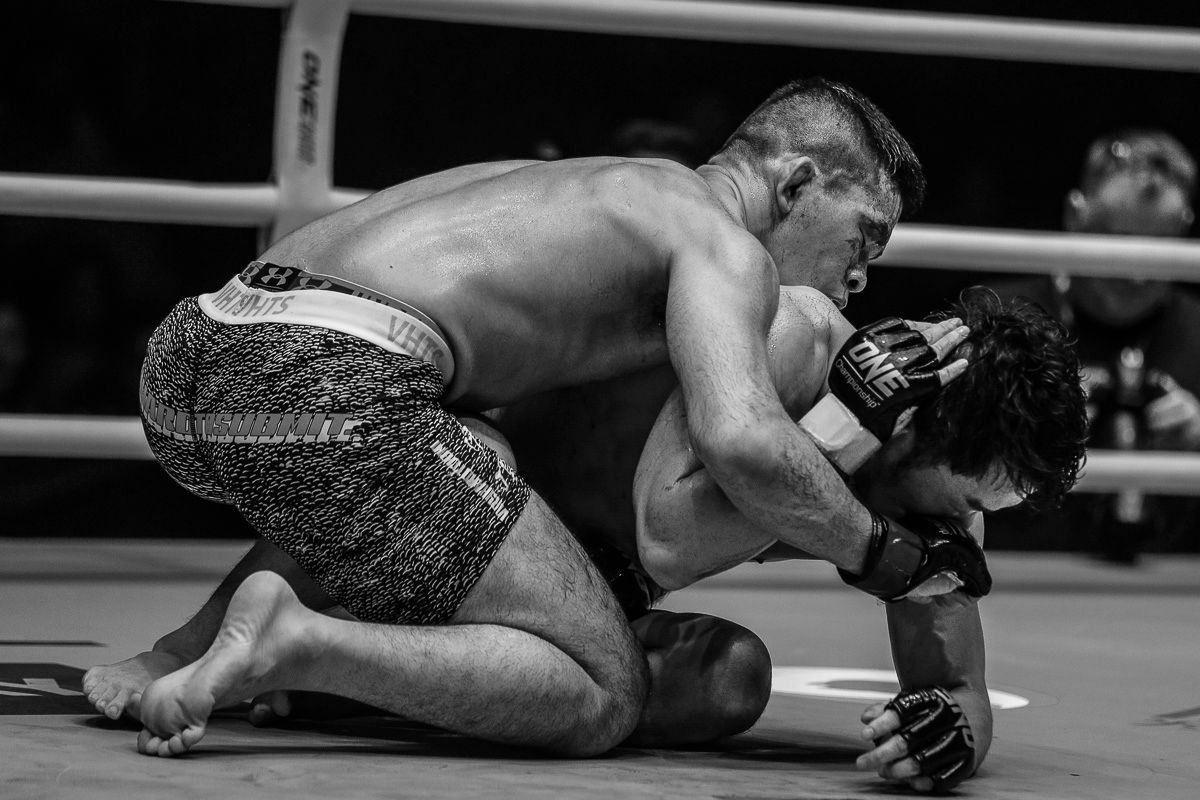 One mistake from Kim allowed the TRY H Studio and Itadaki Jiu-Jitsu representative to pass into half guard, which opened “Ottogi” up to more damage on the canvas.

Even when the action returned to the feet, Kamikubo had the most success as he landed the cleaner, harder blows on the taekwondo stylist during a rapid-fire exchange before he shot for another takedown and finished on top again.

There was no doubt who the judges would score the bout in favor of, and “Stealth” saw his overall record improve to 10-1-1 courtesy of a unanimous decision. 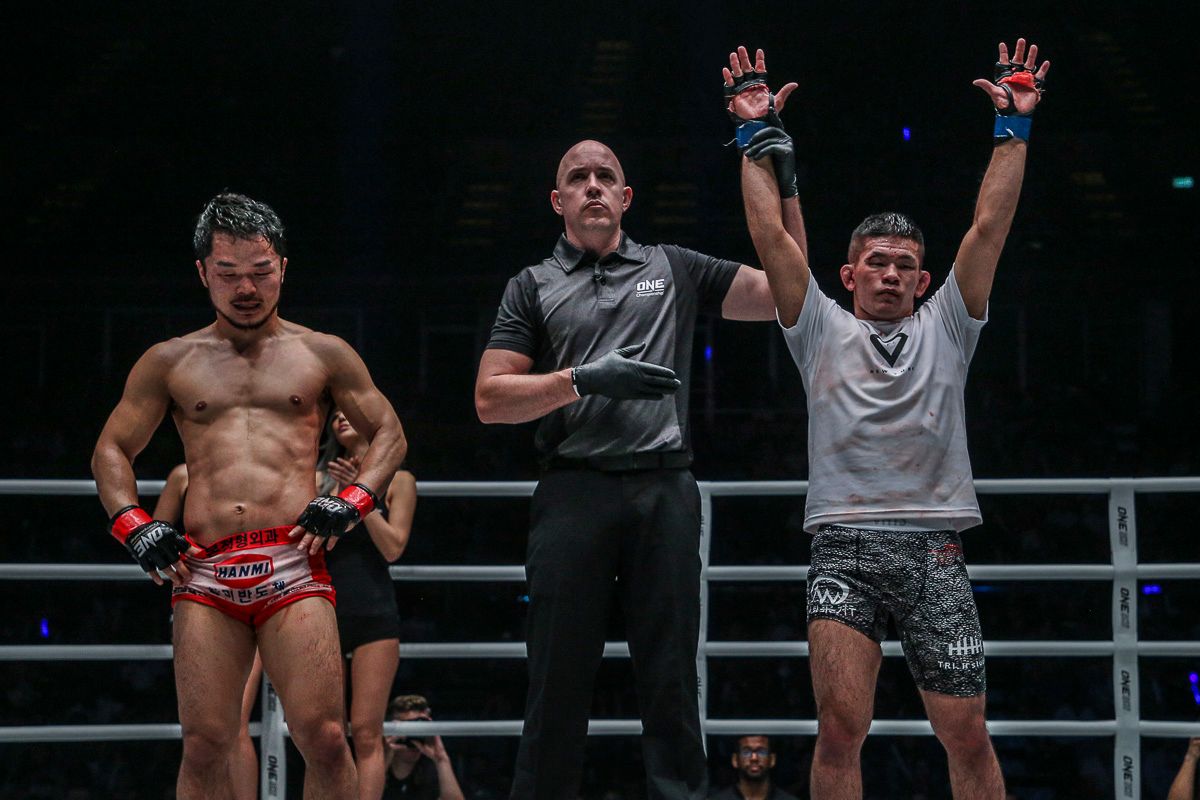 Kamikubo’s record in The Home Of Martial Arts now stands at 3-0, which will make him one of the top contenders to get a shot at the ONE Bantamweight World Title.

Before that happens, however, the division’s reigning king Kevin “The Silencer” Belingon and former titleholder Bibiano “The Flash” Fernandes must complete their trilogy at ONE: A NEW ERA on 31 March.