At ONE: WARRIORS OF LIGHT, a new contender arrived in ONE Championship’s bantamweight division when Shoko Sato stepped into the Circle for the first time.

The Japanese star entered his match with Mark “Tyson” Fairtex Abelardo carrying a big record and the Shooto World Title, and he lived up to his reputation with an impressive performance in Bangkok, Thailand.

Using all of his veteran experience and nous from more than 50 professional bouts, the Sakaguchi Dojo and Fight Base Toritsudai representative finished the talented ONE Warrior Series winner with ground and pound in the second round.

The bout did not go all the way of the Japanese athlete, however. Abelardo was strong in the first period, but Sato had the Kiwi well-scouted, and he adapted to his opponent’s aggression to turn the tables after a competitive first five minutes.

“I researched his movements, so I wasn’t surprised, but I had to be careful about his pressure and strong attacks, like his elbows,” he explains.

“I did not change any plan from round one. I was always thinking about how to finish my opponent inside the distance, so I just used good timing after I saw all his movements in the first round, and finished in round two.

“I was trying to compete in any situation where I could win. Abelardo wanted to go for strikes, so I aimed for a takedown.”

“Tyson” was aggressive throughout the match, but Sato stayed loose, and pounced on an opportunity to counter his forward pressure by putting him on the canvas. Once he was there, the 31-year-old was clinical as he dropped the hammer to finish Abelardo with some well-placed power punches.

Sato was very happy to win by stoppage and make a big first impression on the global stage for martial arts. As a Shooto World Champion, and the leader of his gym, he felt that expectations were high for him to put on a good show in his debut.

“I’m very happy about this result, and relieved,” he admits.

“ONE’s fans will have seen me for the first time in the organization, so it was a very important bout [to show what I am capable of]. I think it was good that ONE fans saw me win by KO.”

Now that he has lived up to the hype and improved his professional record to 32-16-3 (1 NC), Sato believes he is a deserving candidate to be plugged straight into a ONE Bantamweight World Title match. 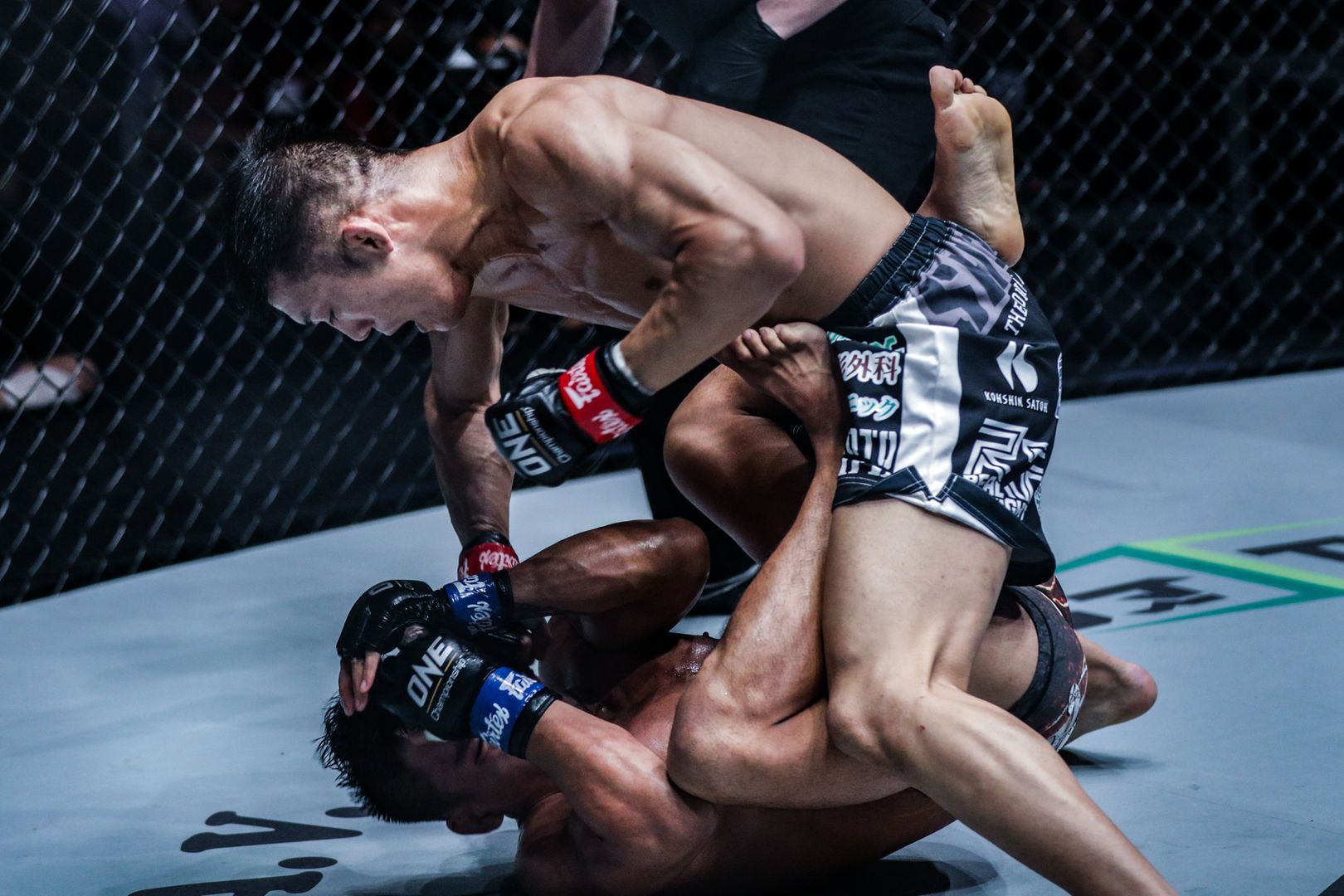 That would mean a bout against Bibiano “The Flash” Fernandes or Kevin “The Silencer” Belingon once their rivalry has been settled later this year.

Sato admits that challenging either one of these heroes would be a great test, and he feels some trepidation about the prospect, but he believes he can rise to the occasion.

“This is the reason why I’m here. I am not confident, but I am ready,” he says

“I will always feel anxious when a bout is set, but this is why I research my opponent and practice hard. I become confident and feel proud to compete in the Circle.”