Sergej Maslobojev is officially a force to be reckoned with in ONE Super Series.

After making an impressive debut back in May, “Kuvalda” — which translates to ‘Sledgehammer’ — showcased his power with a pair of knockdowns to out-duel France’s Florent Kaouachi at ONE: PURSUIT OF POWER, which broadcast live from the Axiata Arena in Kuala Lumpur, Malaysia on Friday, 13 July.

The stoic Lithuanian took the center of the cage as soon as the bell rang to begin the ONE Super Series middleweight kickboxing contest.

In return, he fired back with a powerful left jab, which slipped through the Frenchman’s defenses and dropped him to the ground.

Once Maslobojev found an opening for his jab, he kept firing away and snapped Kaouachi’s head back repeatedly. 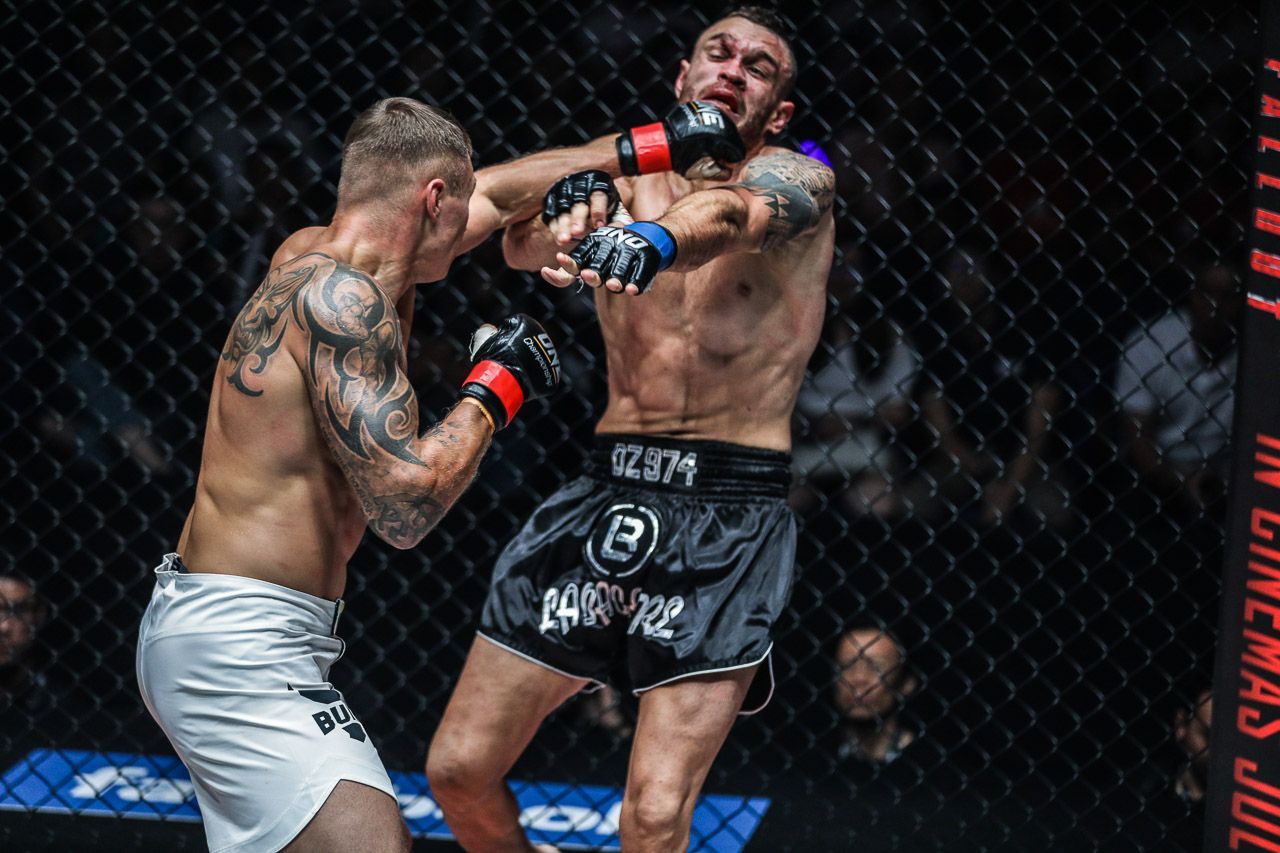 The 31-year-old Vilnius, Lithuania resident entered the second frame with a ton of confidence, and looked to stifle his adversary with more straight punches.

Maslobojev continued to connect with his jab. It seemed as if Kaouachi could not escape it.

As the final three minutes began to tick away, “Kuvalda” was gunning for the finish. He stepped forward and unloaded heavy artillery with every exchange. With just over 60 seconds remaining in the match, the Lithuanian connected with a devastating overhand right that sent Kaouachi crashing to the canvas.

The Frenchman beat the 10-count, but he was on wobbly legs and did everything he could to survive until the final bell.

The win also brings “Kuvalda” to 33-6, and another step closer the ONE Super Series World Title opportunity his heart so desperately craves.