On Friday, 13 July, he meets France’s Florent Kaouachi in a middleweight kickboxing bout at ONE: PURSUIT OF POWER. The blockbuster event takes place at the newly-remodeled Axiata Arena in Kuala Lumpur, Malaysia.

In his ONE debut in May, the heavy-hitting athlete thrilled the crowd inside Indonesia’s Jakarta Convention Center with a captivating performance.

Anyone who saw the Lithuanian showcase his skills at ONE: GRIT & GLORY will have been counting down the days until he returned to the world’s biggest martial arts organization. He felt the same way.

“I want to get back as soon as possible,” the 31-year-old said after his victory.

“The ONE Super Series World Title has become my number one goal. It is my main mission to be the World Champion, and this win was just the first thing I had to conquer.”

Now, two months on from that victory, he will re-enter the ONE cage for his sophomore outing.

This time, Maslobojev will compete in the middleweight division, and wear smaller gloves than he is used to, which will bring an interesting new dynamic to the contest.

“This bout is going to be contested in 4-ounce gloves,” he says. “This will be different; it is not just a kickboxing bout. It will mean a different stance, movement – everything. It is going to be something new.”

After being inspired to train in combat sports by world champions such as Wanderlei Silva and Mirko “Cro Cop” Filipovic, Maslobojev started his journey in the mixed martial arts world, and competed under different rule sets for years until 2012.

His experience means he is aware of how little room for error there is when big athletes clash with smaller gloves. For that reason, “Kuvalda” believes there could be a greater chance for a spectacular finish when he returns to action.

“It can be fifty-fifty closing the distance with these gloves and looking for the knockout,” he says. 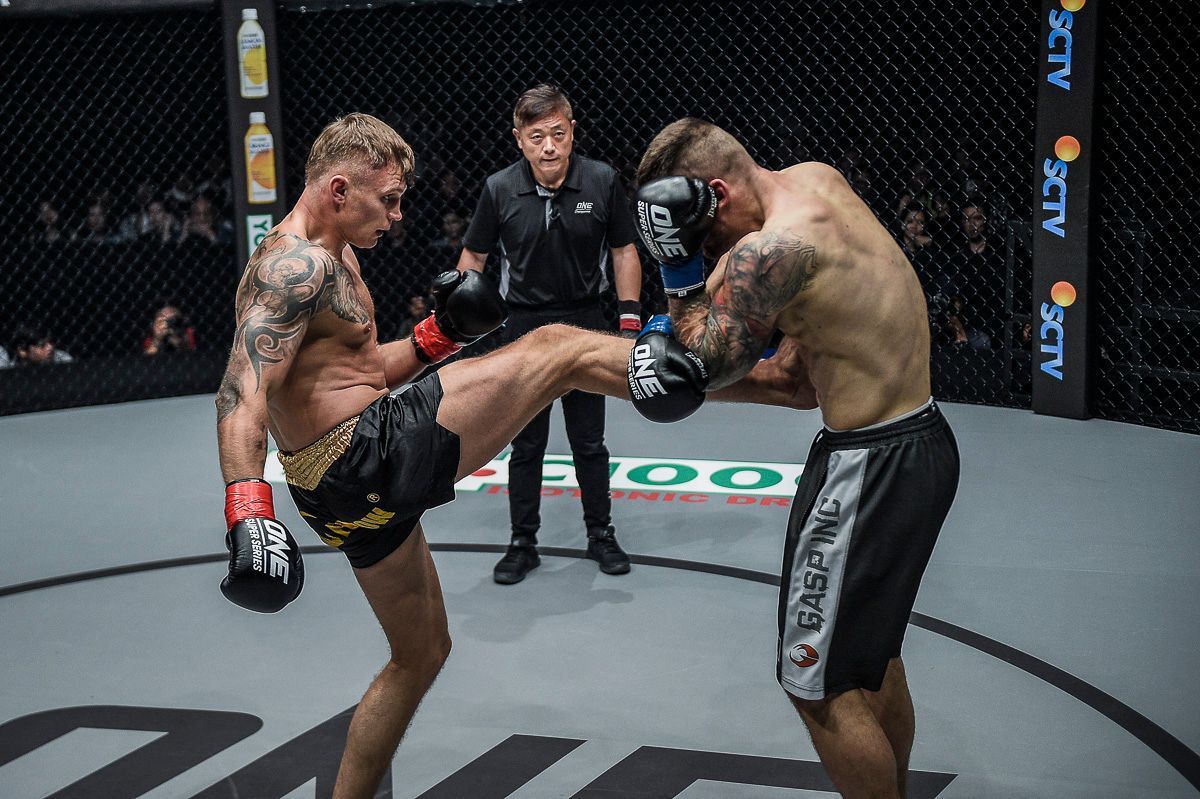 Kaouachi is also a three-time Kickboxing World Champion, and a tough opponent for any striker. He is a Muay Thai and kickboxing stylist who is eager to impress in his ONE Super Series debut.

The Lithuanian acknowledges the danger his opponent presents, but he is sure his preparation has set him up for a victory, which will push him one step closer to his ultimate goal.

“I take each bout as a new experience and prepare for it differently, but I am really confident,” he says.

“I am planning to do big things with this organization, so I will do my best to one day have the belt around my waist.” 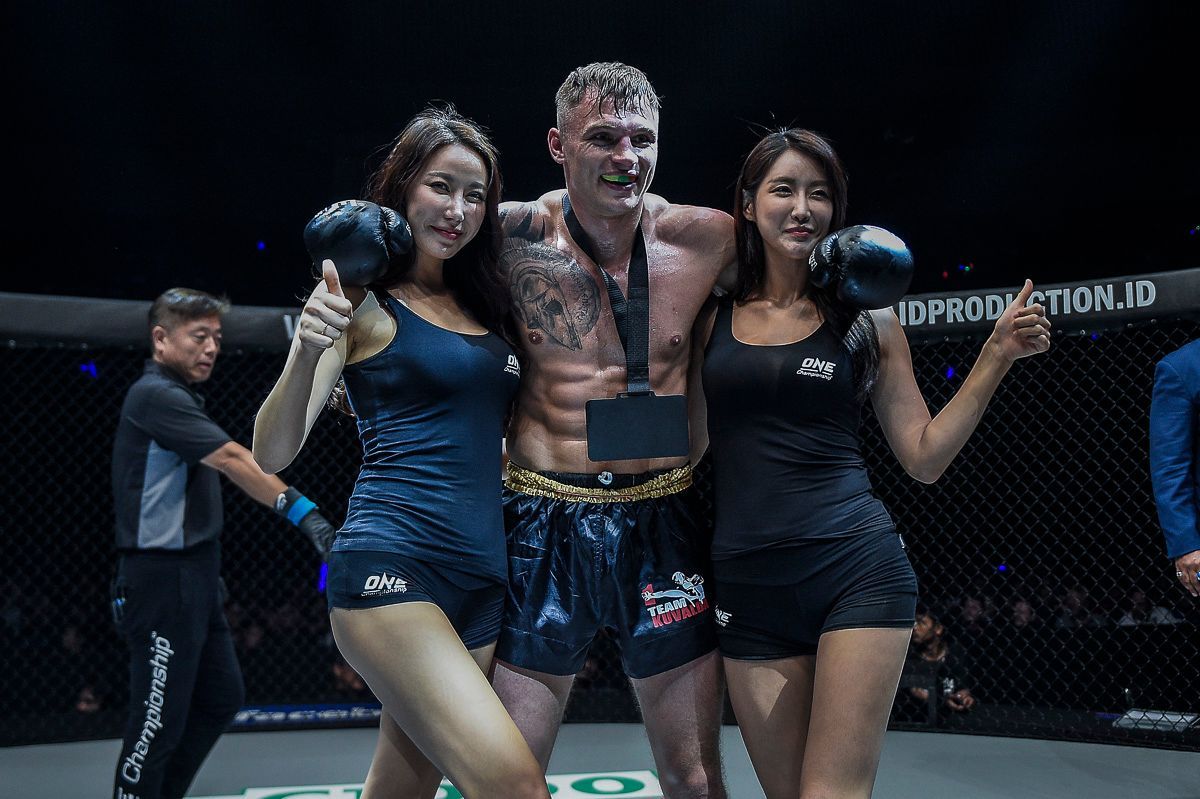 Another reason for Maslobojev to feel confident is his success against a common opponent – Pavel Voronin.

Kaouachi battled to a draw with the Moldovan athlete last year, but “Kuvalda” defeated him via second-round knockout in November 2014.

That may give Maslobojev a psychological advantage, but he will not count on history when the two middleweight strikers finally clash in Kuala Lumpur on Friday night.

“The only thing I can say is, let the best man win,” the Lithuanian offers. “It will not be easy for him, that’s for sure.”