Saw Darwait may have been a Lethwei boxer making his cage debut, but it took him less than one minute to earn his first ONE Championship win by submission.

In a battle between two debuting bantamweight prospects from the host country of Myanmar, Saw Darwait finished Sit Mhan with a first-round rear-naked choke at ONE: HERO’S DREAM from the Thuwunna Indoor Stadium in Yangon.

Considering both martial artists had a long history competing in lethwei, it was no surprise that Saw Darwait and Sit Mhan came out gunning for the knockout. Sit Mhan used his reach advantage to tag Saw Darwait with a few hard shots early, but before long, he was fending off takedowns from his opponent. 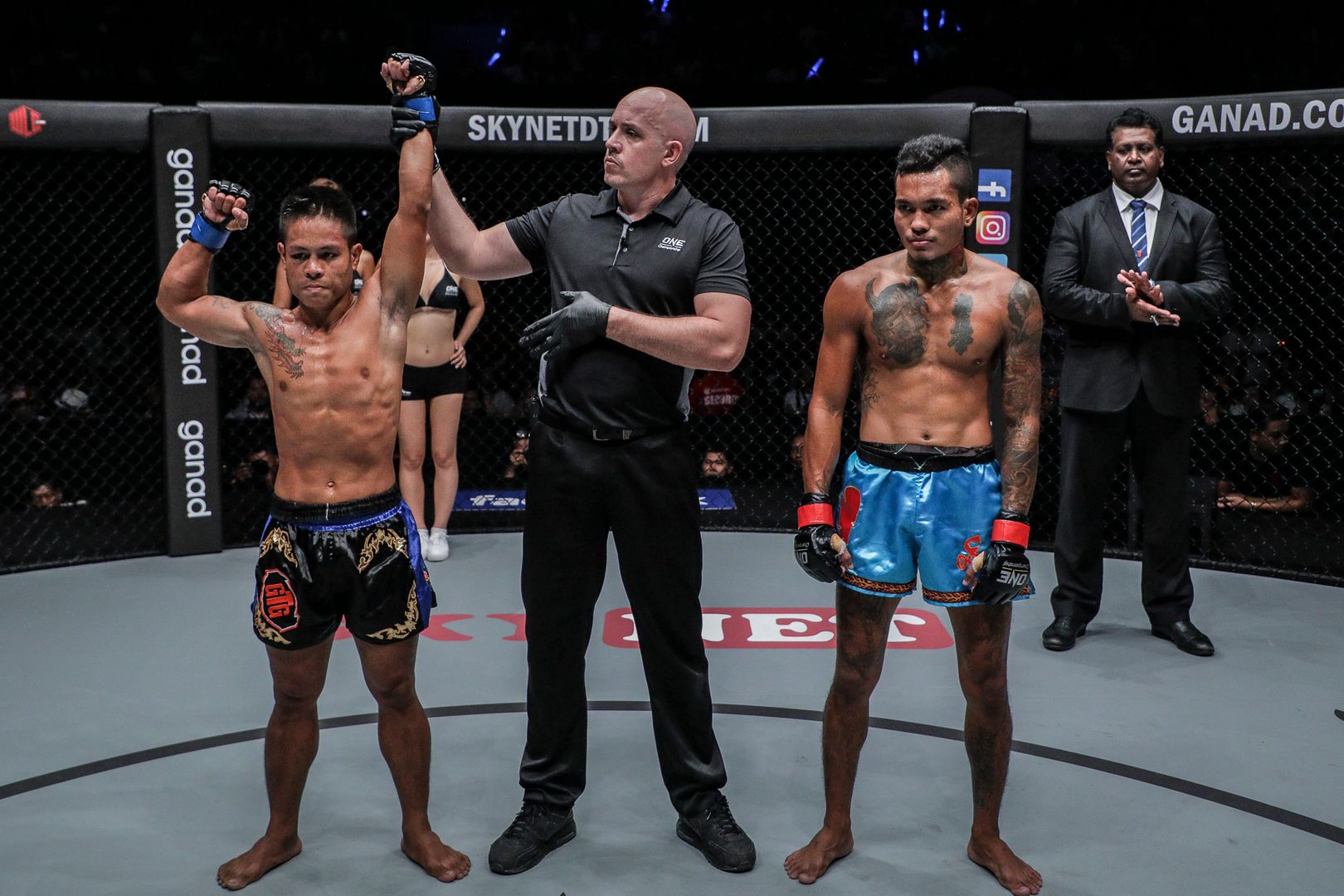 Saw Darwait was absolutely relentless, as he continued to press forward looking for the clinch and takedown, while Sit Mhan did his his best to break free and turn the match back into a striking battle. Though punches were being thrown in lightning-quick succession, Saw Darwait refused to give up on his strategy, and after a scramble near the cage, he was able to latch onto Sit Mhan’s neck as they tumbled to the mat.

Saw Darwait tightened his grip, and the grimace on Sit Mhan’s face told the whole story as he quickly tapped out to the rear-naked choke at just 41 seconds into the opening round.

With more than 30 lethwei bouts on his record, Saw Darwait definitely has the striking acumen to give anyone problems in ONE. But, as he showed in his debut, he is also ready to go to the ground, as he begins his ONE career with a swift submission.