Samy Sana Driven Toward ONE Super Series Glory For His Parents 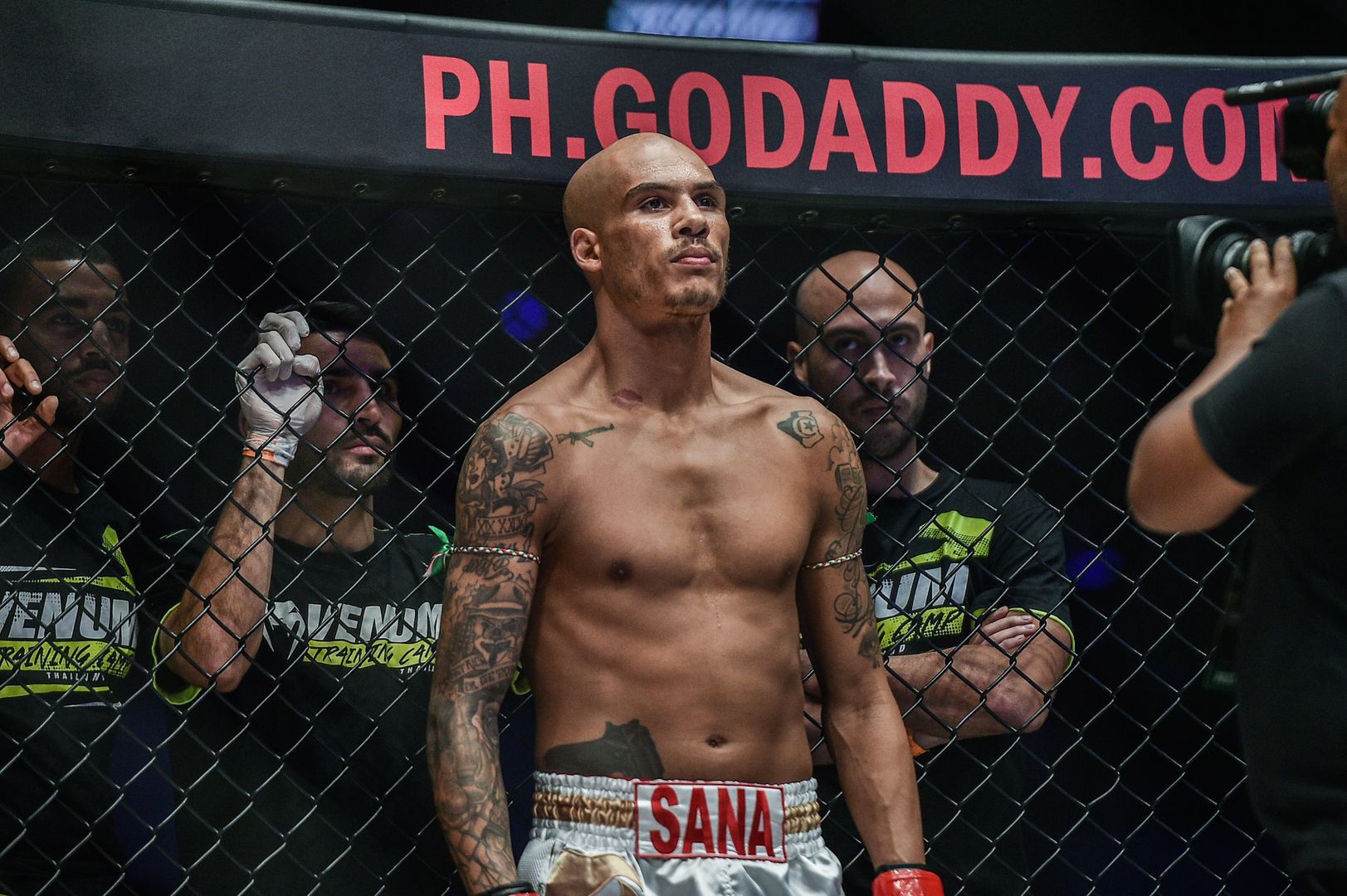 Winning the ONE Featherweight Kickboxing World Grand Prix would mean so much for Samy “AK47” Sana – not to satisfy his dreams of glory, but so he can thank his parents.

The tournament has US$1 million on offer for the winner, and the Frenchman can take one more step toward that life-changing prize in the tournament semifinals at ONE: DREAMS OF GOLD next Friday, 16 August.

As he prepares to face Russia’s Dzhabar “Ghengis Khan” Askerov in Bangkok, Thailand, the 30-year-old explains how support from his mother and father helped him to flourish in a pursuit that transformed him from troublemaking youth into a three-time World Champion.

Sana’s parents moved to France from Algeria as young adults, so they could find more prosperous work and prepare to raise a family.

They settled in Paris, where Sana was born and raised along with his younger brother and sister, and where he found a lot of trouble. However, he also found his salvation in the form of martial arts.

“I love Paris. It’s where I was born, where I grew up, where I had the best and the worst moments of my life, where I did all crazy things,” he admits.

“When I was young, I was a very turbulent person – very rowdy. I was especially hard to channel, and I gave up school very early.

“I had to find something else to make it right. I had to find a sport, to help me be less aggressive, less impulsive.”

The young Sana first walked into a gym when he was about 13 years old, and found himself in the ring little more than a year later.

“I didn’t know a lot about martial arts, but I loved it immediately and understood Muay Thai was what I needed, and that I was gifted in it,” he says.

“When I had my first fight, I was 14 years old. I got into the ring without apprehension, without stress, and the fight was over in the first round. After that, I thought I was made to become a Thai boxer.

“Muay Thai saved my life. It taught me respect, and it took me away from the streets where I used to wreak havoc when I was younger.

“It’s an art, a wonderful art, and it’s everything to me – my education, my way of life.”

His love for the sport took him to its birthplace, where he learned more about the values of the discipline, and sharpened his skills that ended up making him a three-time Muay Thai and kickboxing World Champion.

Sana’s parents wanted him to do anything that made him happy, so although they did not jump for joy when their son took on a career in the ring, they put their support behind him every step of the way.

Their encouragement was important to “AK47” as he found his path, but nothing inspired him more than his mother’s courage as she fought a much more serious battle of her own.

“My mother got cancer when I was young,” he explains.

“It was lung cancer. I was 19 years old, and my brother and sister were far younger than me. It was a very hard experience, but we managed to overcome it.

“Those challenges gave me strength for my own life,”

When Sana’s mother recovered from her disease, her son’s resolve to succeed was stronger than ever.

Having seen her struggle with illness after she had dedicated her life – with her husband – to give their children a better future, “AK47” was galvanized to reach new heights in his career.

“I want success so my father and mother can be happy, since they have had a lot of difficulties in their life.

“They arrived [in France] from Algeria when they were very young, to get a job, to educate us, and build our life.

“All I do is for them. I hope I can make them proud, and that they can rest after all the sacrifices they made, in reward for all the love they gave me, all the bad moments we passed through.”

After more than 140 professional bouts, the Frenchman reached the global stage for martial arts last year when ONE Super Series was launched.

In May, he scored the 134th, and biggest, win of his career when he shocked the world to defeat the legend, Yodsanklai IWE Fairtex in the World Grand Prix quarterfinals.

Now he is just one match away from the chance to battle for the $1 million prize, which would change his family’s life forever.

“I come from a very modest family. We have a lot of respect for money because it’s very hard to earn,” he says.

“My parents worked really hard to raise us, to feed us, and on top of this, they always pushed me higher, and always supported me. To escape from all this work, all those years, [almost] 150 fights… Well, one million dollars would be the accomplishment of an entire life.

“Money can’t buy happiness, but it helps a lot. As my parents had it hard and worked hard since they were very young, it would be a very nice way to supply all the needs of all my family.”

However, the Phenix Muay Thai Paris and Venum Training Camp Thailand representative reveals that his primary motivation was always just to win.

If he can go all the way, he will be undisputed as the world’s number one athlete in his division.

“Still, the million dollars is a really nice piece of cake, but I fight because it’s my passion – because fighting is in my blood.

“The World Grand Prix of ONE Championship is the world’s biggest tournament, with the world’s best athletes, so I’m going to confirm I’m one of the best kickboxers in the world.