A year removed from his last bout, Malaysian hero Saiful “The Vampire” Merican is ready to make his glorious return, and is eyeing a Fight of the Night performance.

The bantamweight will step back into the cage on 10 February and meet Burn “Hitman” Soriano at ONE: THRONE OF TIGERS in Kuala Lumpur. This bout could quite possibly steal the show.

Soriano, a Manila-based gladiator, is a national kickboxing champion and a dangerous submission artist. Merican himself is a Muay Thai specialist who also happens to be well-rounded, but he expects this fight to be more of a striking battle.

“I foresee us both standing up for the most part,” the 28-year-old hometown favorite says. “It would be interesting to see what happens when we both get on the ground, if at all. I will be ready either way.”

Merican is looking to bounce back from his most recent loss, in which he suffered a devastating knockout at the hands of Geje Eustaquio at ONE: CLASH OF HEROES in January 2016.

The Kuala Lumpur resident assures those concerned that he has recovered from the setback. In the past year, he has steadily improved his game and made the necessary modifications in his training program.

“I have been training very hard for this fight and I have changed my training regime,” he offers. “I am more physically and mentally prepared this time around.” Merican is not only a methodical fighter, but he is a martial artist who holds many virtues and values close to his soul. Born in the Terengganu state of Malaysia, he was deeply influenced and affected by his own personal hero, his father. Sadly, his dad passed away far too early. The younger Merican remembers many of his father’s teachings and actions, and pays the good deeds and traditions forward to his own young family.

“He put family first at all times,” the bantamweight says, “and that has become my number one priority now as well.”

As far as his other priority, that is his career. Merican was inspired by combat sports at an early age. After watching footage of fights and highlight reels of a veritable Muay Thai legend, he stepped into competition himself and has not looked back.

“The first time I got into a ring, I was 11 years old,” he explains. “What drove me to the martial arts world was watching VCDs of Samart Payakaroon’s Muay Thai fights that my friend had given me. I have not stopped fighting since.”

In order for the Malaysian to chase his dream of combat sports superstardom, he spent much of his time away from his biological family.

“I come from a very large family,” he begins. “But most of my childhood was spent living away from my parents and siblings, as I stayed with foster parents who took care of me while I trained in Thailand and fought in the northern states until I was about 19 years old.

“Being a young fighter, a lot of my memories were training in the wee hours of the morning and jogging with the trainer’s dog, which chased me so I did not stop running.” 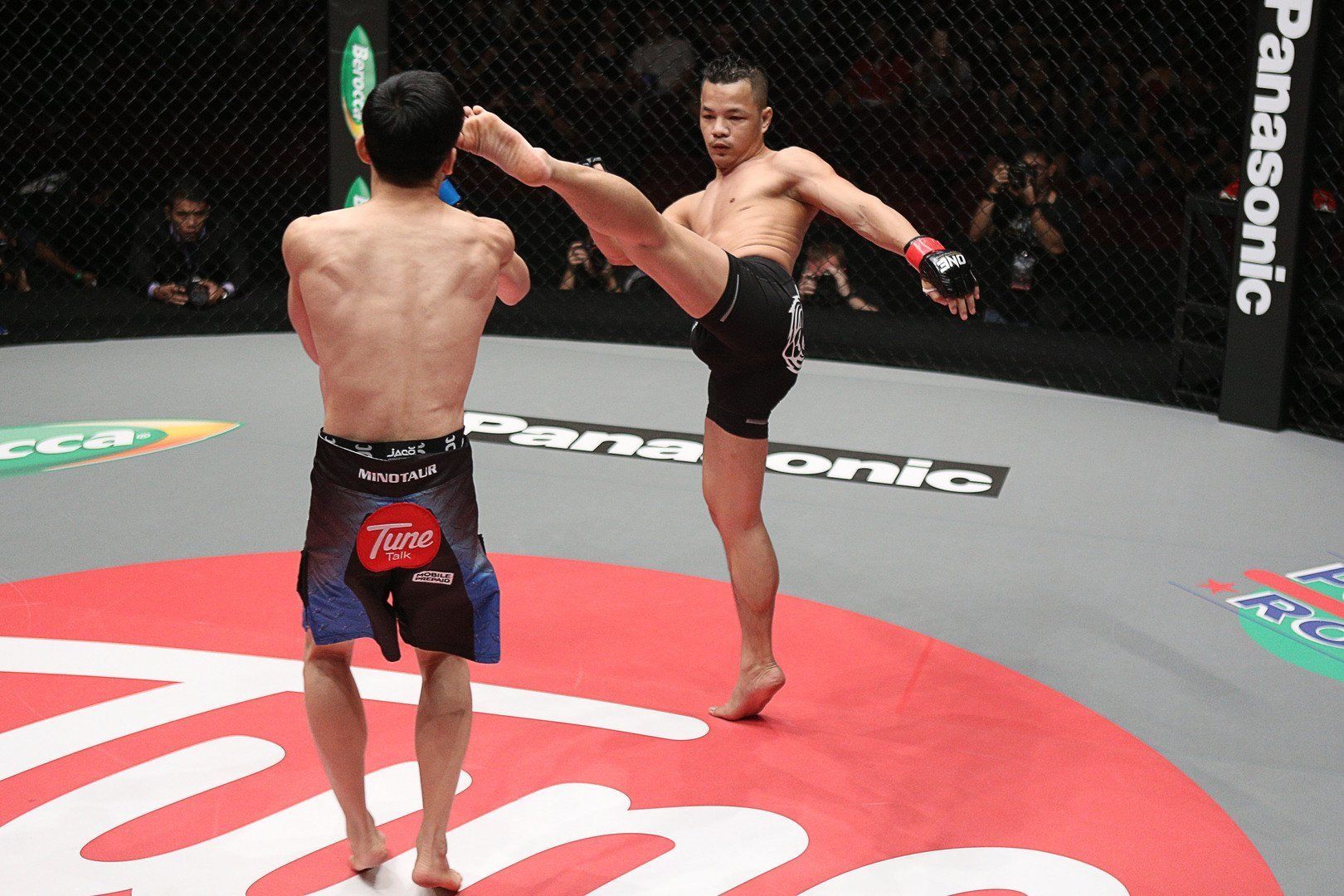 Merican turned out to have real talent in Muay Thai. As a matter of fact, he solidified his place in the discipline when the World Muay Thai Association (or the WMA, for short) ranked him the top featherweight in 2009.

Though he continued to compete in Muay Thai and even Kun Khmer in the years following his ranking, he transitioned into mixed martial arts in 2013 and immediately debuted in ONE Championship.

So far, he has made a respectable transition. “The Vampire” has racked up a 4-3 record, and will attempt to notch his fifth victory against Soriano on Friday Night, 10 February.

But making this all the more enticing is the opportunity to turn his luck around in front of all of his countrymen.

“I am very excited to be back and compete for my hometown fans,” Merican said. “When you hear the crowd chanting your name, it gives you a feeling that is indescribable.”

If he defeats Soriano, it is a good bet that the crowd will be chanting his name once again.